“The Social Dilemma” combines documentary filmmaking with a narrative story, the latter of which helps describe the phenomenons explained in the documentary interviews. Netflix/courtesy 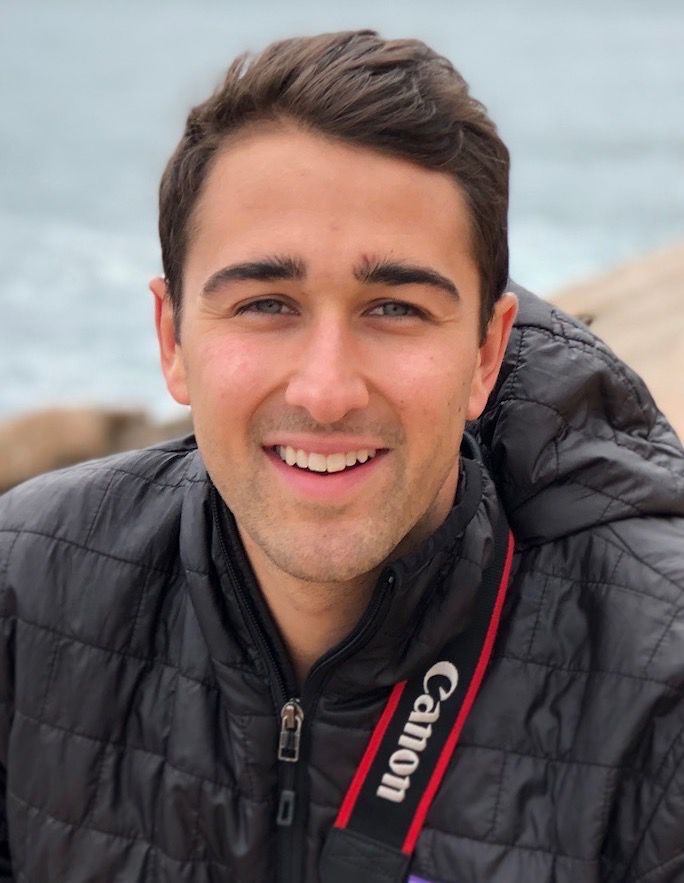 “The Social Dilemma” was co-produced by Daniel Wright, who was born in Cheyenne and raised in the area until sixth grade when his family moved to the suburbs of Paris. He graduated from Colorado College in 2013 and is now a Denver-based filmmaker. Courtesy 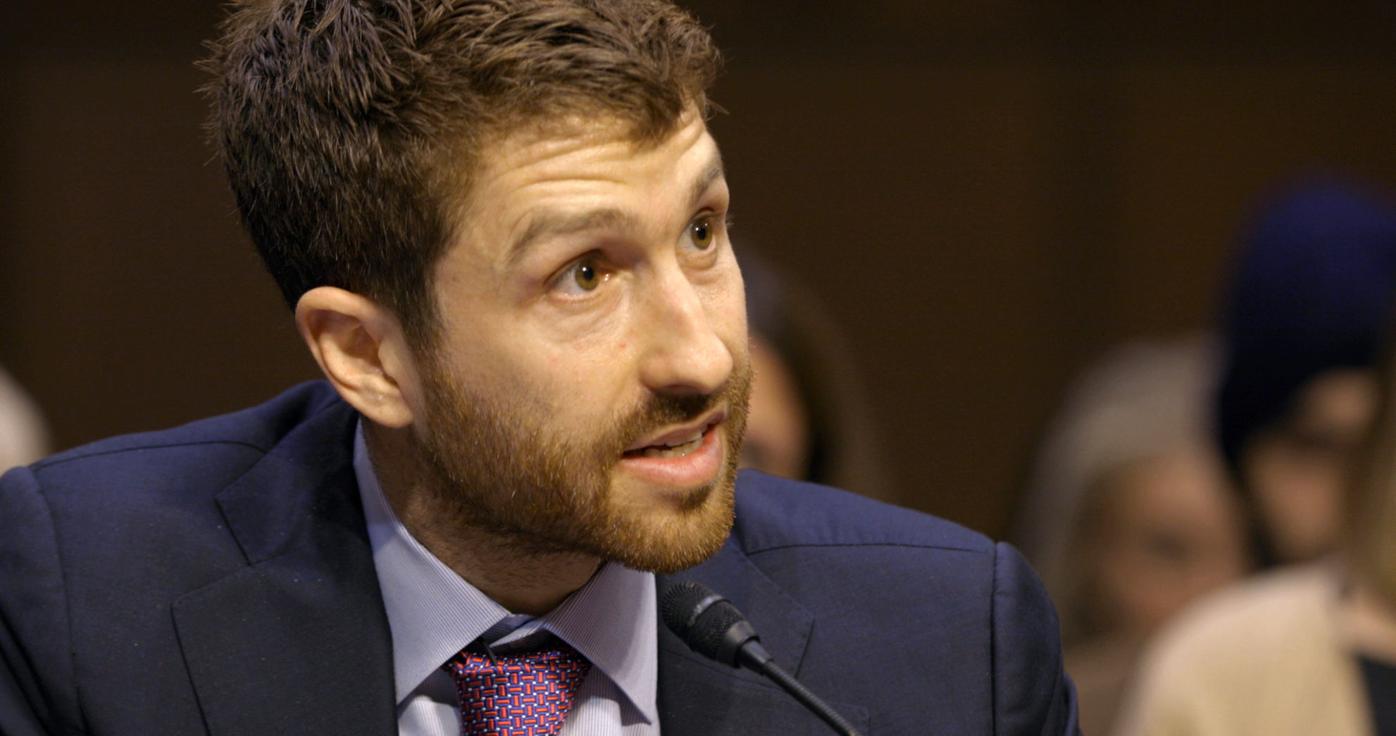 Tristan Harris, former design ethicist at Google, is one of the main subjects of the documentary “The Social Dilemma.” Netflix/courtesy

“The Social Dilemma” combines documentary filmmaking with a narrative story, the latter of which helps describe the phenomenons explained in the documentary interviews. Netflix/courtesy

“The Social Dilemma” was co-produced by Daniel Wright, who was born in Cheyenne and raised in the area until sixth grade when his family moved to the suburbs of Paris. He graduated from Colorado College in 2013 and is now a Denver-based filmmaker. Courtesy

Tristan Harris, former design ethicist at Google, is one of the main subjects of the documentary “The Social Dilemma.” Netflix/courtesy

You’re being watched. Everything you type into a search bar on Google, anything you like on Facebook – that information is being carefully tracked and used to make a profit.

Most people know this, at least to some extent, but the co-producer of Netflix’s “The Social Dilemma” wants you to know the whole truth from the people who helped create these platforms.

“The takeaway I want the audience to have is to be aware of how and why you’re using the product and, on the other side, how the product is using you,” said filmmaker Daniel Wright. “We are building an awareness of how these platforms are serving up what we see and how we see it and how we interact with others, and I think now, more than ever, during this pandemic, we’re at home, online and not having conversations (in person), and the public discourse really lives online.”

Wright, who was born in Cheyenne and raised in the capital city until sixth grade, is a film producer based in Denver. He joined this film team a couple years ago after a phone call he received while in San Francisco for the premiere of his previous film, “The Human Element.” Larissa Rhodes and Jeff Orlowski of Boulder, Colorado-based production company Exposure Labs had heard of Wright through the grapevine of Colorado filmmakers, and they wanted him to jump onboard – as in, immediately. He was already in America’s tech hub, where much of their story was based, and they wanted him to help with an interview the very next day.

As a freelance film producer, Wright didn’t dare say no. So, the next day he found himself in the Silicon Valley home of Tristan Harris, former design ethicist at Google. Harris had gone to Stanford with Orlowski (who was directing “The Social Dilemma”), and he’d ironically just posted on Facebook about some problems he was having at Google. He quickly became the central figure – or as Wright calls him, “the guide” – of the film.

“After our first interview with him, it was the first time I started to understand the design and manipulation behind our screens and how those design techniques were affecting me personally,” Wright said. “I felt like I was on my phone a lot and was distracted and not as creative and present with my friends. … That’s happening to every person who uses these social media platforms.”

Wright, like many social media users, hadn’t taken much time to think of the negative effect of the sites we spend so much of our time on. As they dove deeper into their research, he and his fellow producers determined that there were several social media side effects – such as the rampant spread of misinformation, mental health issues and surveillance capitalism – that needed to be addressed in the film.

But the challenge was expanding on all these topics while incorporating the perspectives of former Facebook, Instagram, Pinterest, Twitter and other social platform employees. When the production team was done filming interviews, they sat down to start editing and realized they needed another storytelling device.

Although they tossed around everything from animations to an SNL-style skit, Wright and the rest of the team settled on a narrative component that would follow several performers acting out some of the negative influences of social media.

“It was a tricky project to work on,” Wright said. “It was all about tech, so that was a learning curve for our team … and it was hard to get experts to speak out on these issues on camera two years ago, when we started. It’s also not a visual story, so we were confused on how to make a documentary come to life and be interesting and engaging for a wide range of audiences when it’s just people talking about white guys at computers in Silicon Valley. That gave birth to the narrative element of the family.”

Perhaps the most significant character in this fictional story is a teenager (whose mother makes him and the rest of the family give up their phones before dinner at one point) who is increasingly influenced by extremist disinformation as the movie develops. By showing the slow, but impactful process by which this boy is swayed via social media posts, the filmmakers were able to showcase the very scenarios the interview subjects discuss.

“We felt it would be the clearest way to bring to life this algorithm and show the average person who might not know how this works how these platforms are designed,” Wright said.

The team wrote the script and created a storyboard in Denver before shooting much of the fictional storyline in Boulder and the Mile High City, as well. All of these filmmaking processes were brand new to Wright, who had strictly worked with nonfiction storytelling previously, but loved learning about screenwriting and working with actors.

Before the project was even finished, the team submitted a rough cut to the Sundance Film Festival, which it was eligible for because it was funded and produced independently. “The Social Dilemma” was accepted and premiered at Sundance this past January. A Netflix employee attended the screening and was impressed by what they saw, which led to the platform acquiring the film.

“It’s a great home for us because it’s such a massive platform, and they’ve also … translated it into multiple languages,” Wright said. “This issue is obviously not just an American social issue, it’s worldwide. Social media membership and users are much more substantial internationally than just the U.S.”

Since it debuted on the streaming platform Sept. 9, “The Social Dilemma” has remained one of Netflix’s most popular offerings, and ironically has sparked many conversations on the very platforms it warns us of. Although not all the reviews are glowing, Wright said he and his coworkers are still blown away by the reception the film is getting.

“When you embark on an independent film like this, the initial goal is to finish the movie, hopefully get it distributed and hopefully make your money back,” he said. “It feels like everyone and their mom and sister is talking about this. It hits every demographic: parents worried about mental health and screen time, TikTokers creating viral reactions to the film, conspiracy theorists discussing it in their own channels … even if you’re not on social media, these issues do affect you because everyone else you engage with is on social media.”

As the film’s tagline says, the technology that connects us also controls us.

What: Documentary "The Social Dilemma"

When: Now available to stream