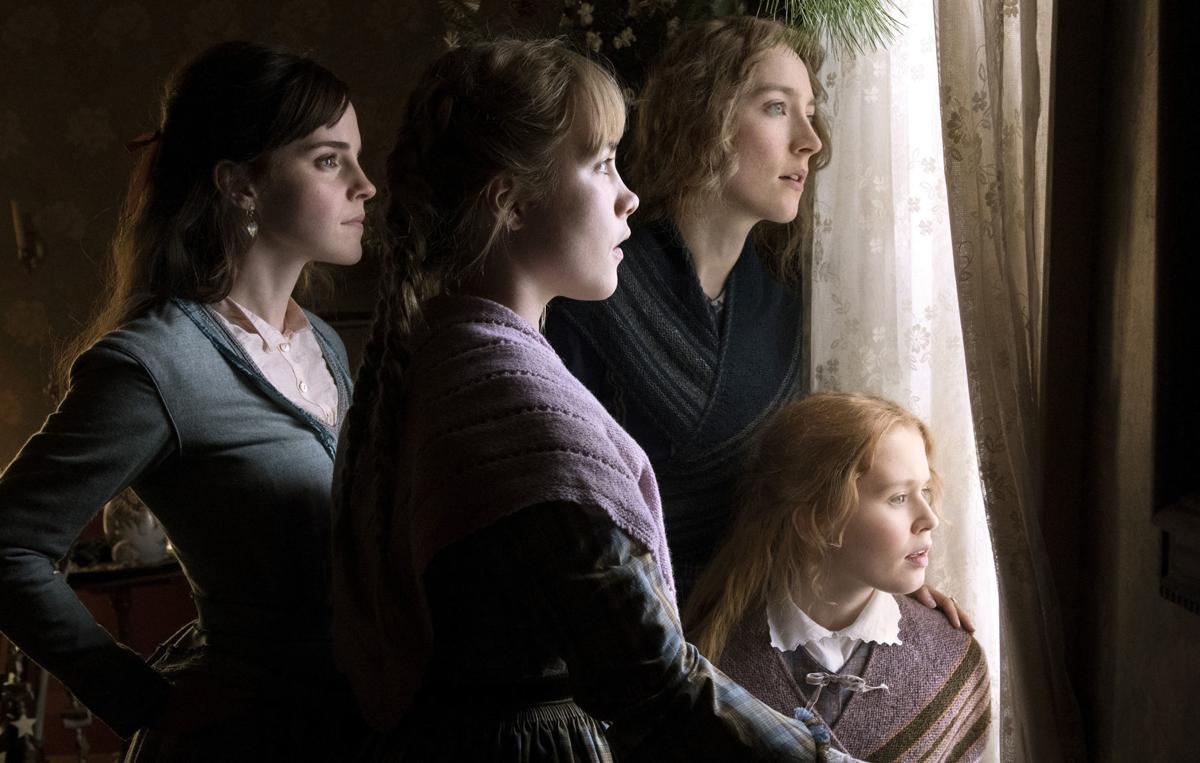 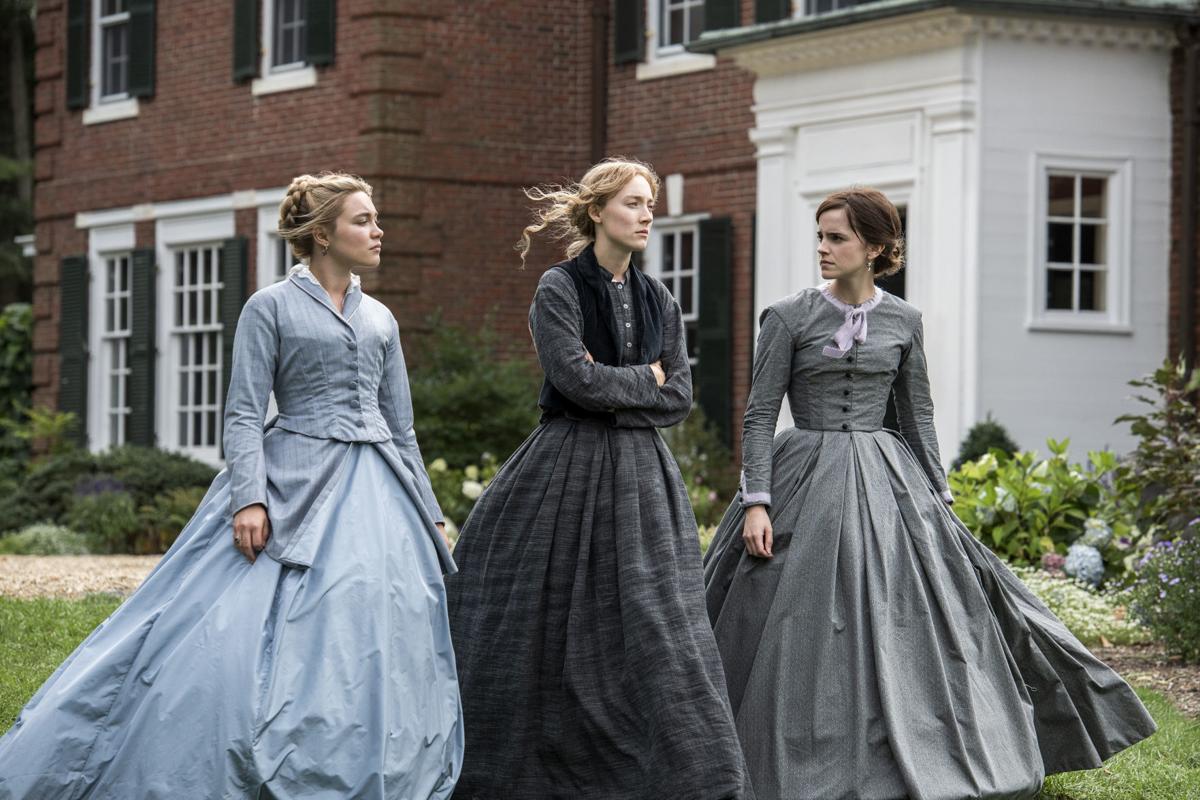 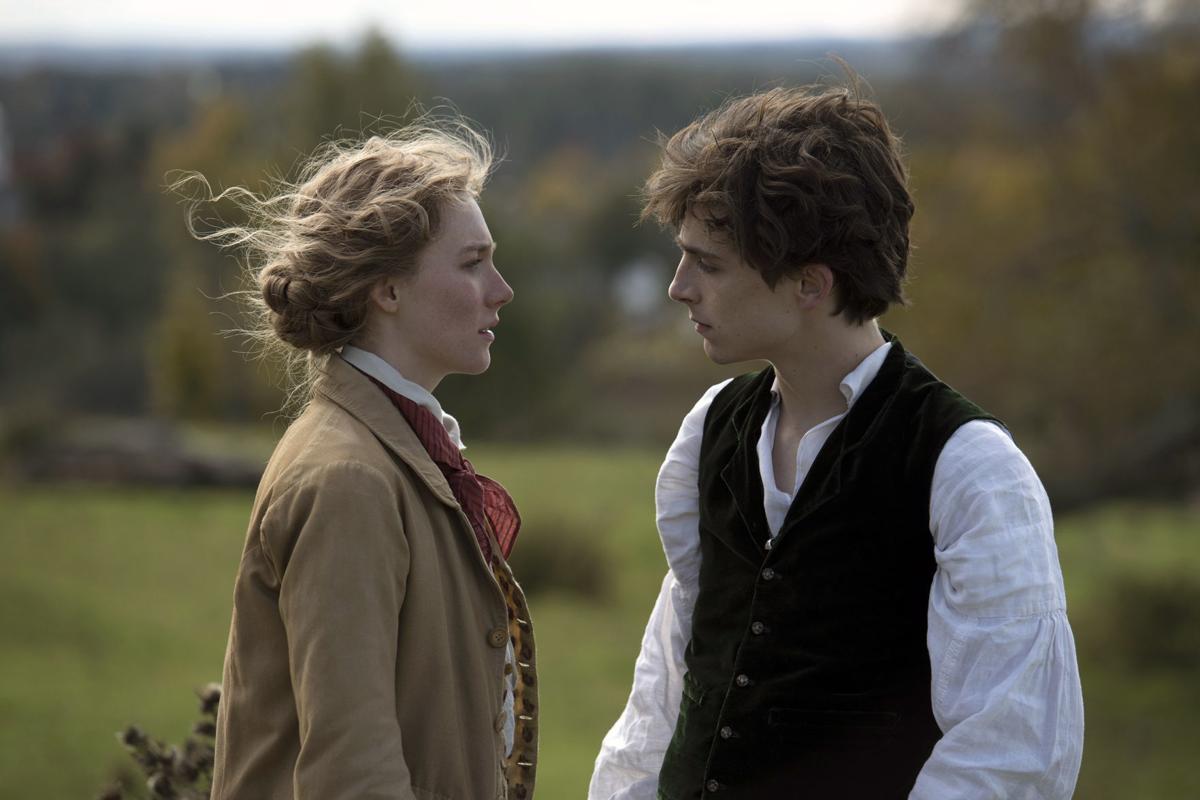 This image released by Sony Pictures shows Saoirse Ronan and Timothée Chalamet in a scene from “Little Women.” Courtesy

After all the romps romped, all the dances danced and the little women of Greta Gerwig’s “Little Women” married off, this is the story of a girl and her book, the copyright negotiated, the pages cut, the gold leaf stamped. In Gerwig’s adaptation of Louisa May Alcott’s blockbuster 1869 novel, she breathes new life into the well-known and well-loved story by unraveling it and knitting it back together to create an entirely new kind of garment that looks and feels the same, but fits differently. The major theme she draws out is the importance of a girl as author of her own story, with all the triumphs and capitulations to capital that involves.

Showing at: Capitol 12 and Frontier 9

Gerwig splits the book into two timelines, based on the two volumes the novel was originally published in: the story of the March sisters’ youths in Concord, Massachusetts, and their adulthoods, contending with marriages, lost loves, careers, money and illness. With the help of a genius editing job by Nick Houy, Gerwig weaves the timelines together, revealing aspects of the story in new and interesting ways, the poignancy of certain events enhanced by knowledge of how it will all soon play out.

Gerwig’s film is a brilliantly meta commentary on women’s stories and the way women function within their own stories. Trying to make her way as a writer in New York City, Jo March (Saoirse Ronan) languishes while penning “scandalous” newspaper stories for $20, but it isn’t until she writes her own story that she comes alive. Periodically, she meets with her stern publisher (Tracy Letts), who tells her female characters have to end up married or dead to sell. So Jo’s economic fate is inextricably tied to the fates of her female characters.

On the page and in the flesh marriage has always been an “economic proposition” for the March sisters. They come from a loving but modest aristocratic-adjacent family, and their snooty Aunt March (Meryl Streep) reminds them they have to marry rich to care for their family, since their mother (Laura Dern) married a pastor (Bob Odenkirk) who lost all his family money. The girls strain against the limitation of choice life has presented them, as girls who can’t make their own money and have none of their own, and Gerwig gives voice to their budding Civil War-era feminism, whether it’s Jo wishing she could be a boy, or Amy (Florence Pugh) admonishing Laurie (Timothee Chalamet) that her choice in partner has always come with purse strings attached.

Undergirded by these feminist messages, Gerwig’s lush and lovely adaptation is swift and brisk, playfully sweeping the audience along, offering a warm embrace in its rambunctious jumble of limbs. Ronan makes the fierce, stubborn and often petulant Jo someone to believe in and root for: brilliant and loving in equal measure, unfailingly and often brutally honest. Pugh, as Jo’s rival younger sister, Amy, is as fierce, determined and equally ambitious as her sister. This “Little Women” is at once warm, funny and deeply moving, populated with endearing characters and their hopes, dreams and wishes. Gerwig casts the tale in a new and modern light, illuminating the struggles the little women face in learning about the world and how they have to fit themselves into it, as lovers, writers, mothers and sisters, and how revolutionary it is for a girl to write herself into her own story.