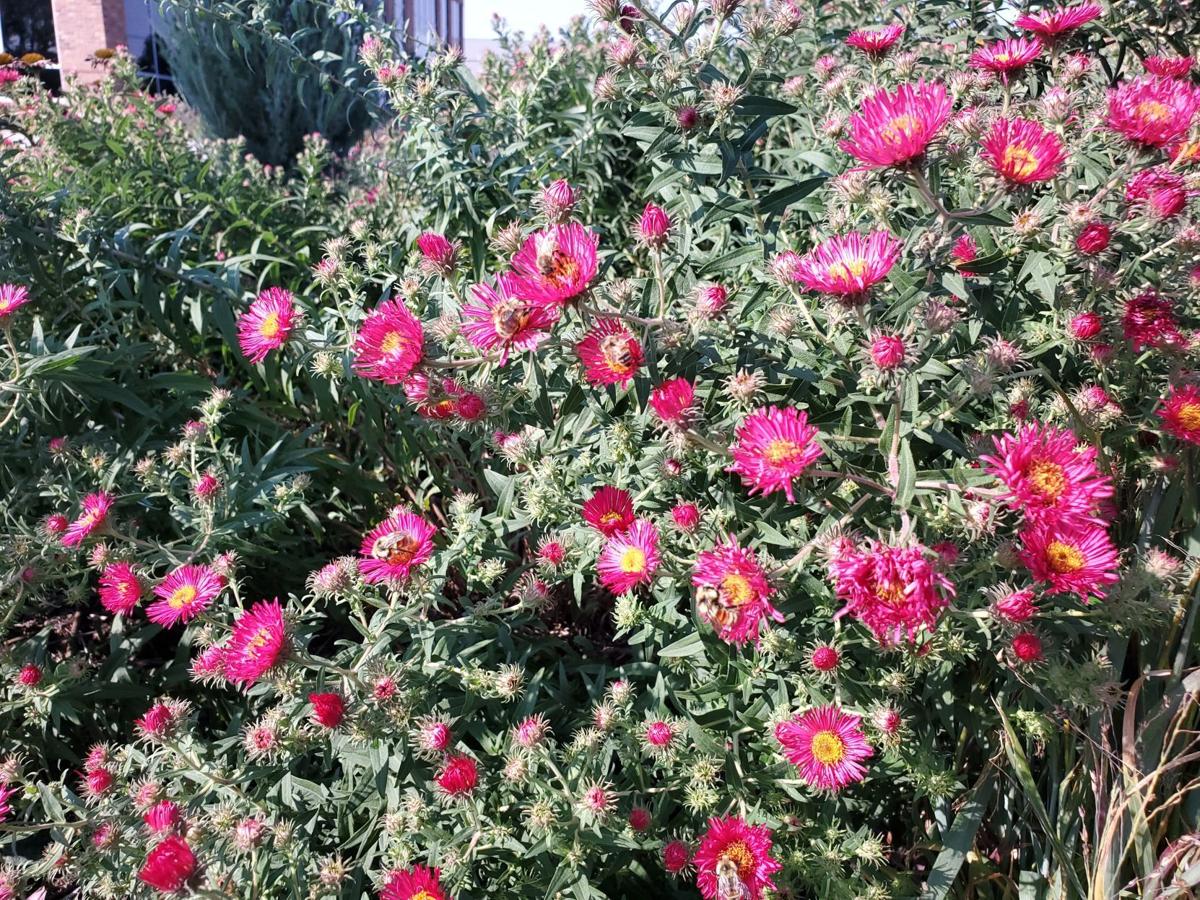 Thrips, in their flying stage, gather on the underside of a leaf. Barb Gorges/courtesy 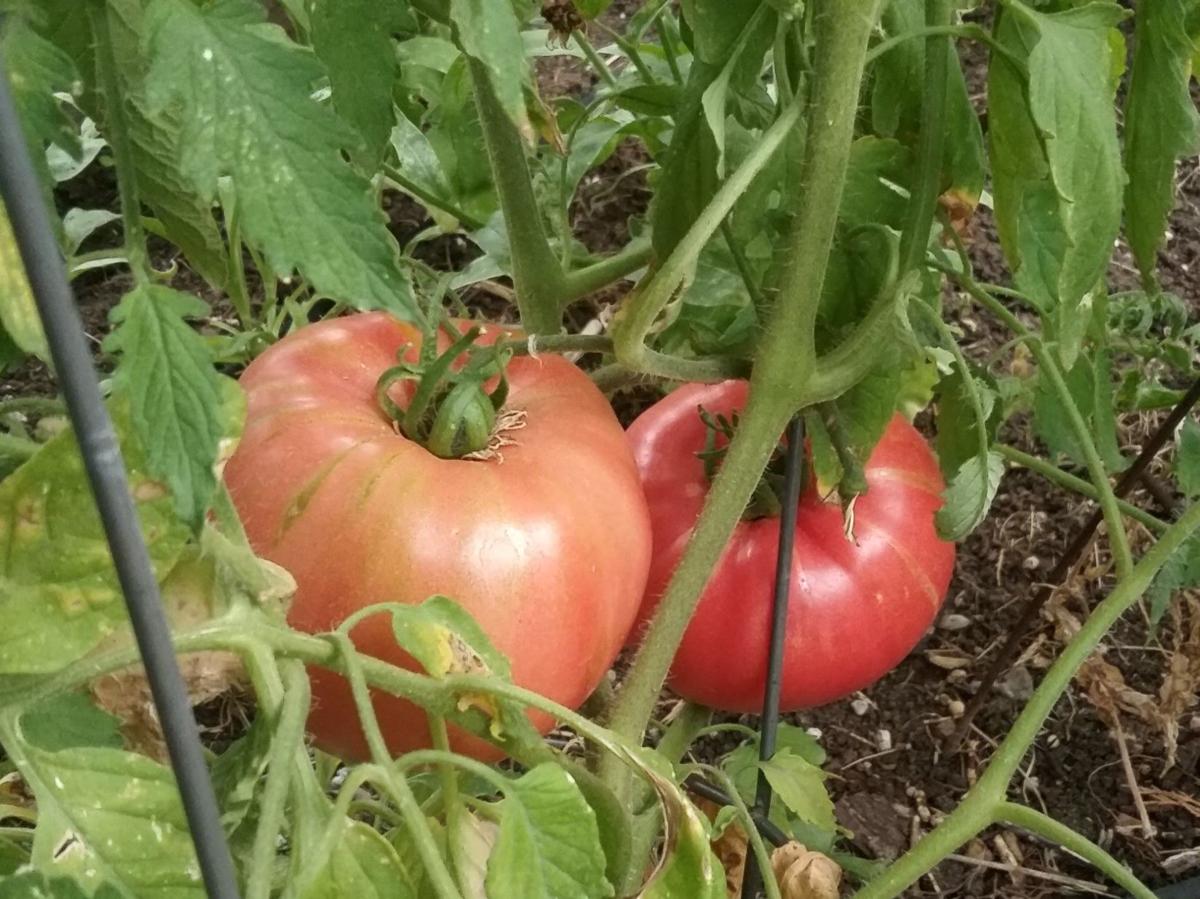 Thrips, in their flying stage, gather on the underside of a leaf. Barb Gorges/courtesy

I’m trying to follow my own advice to use a notebook to track what I plant (and where) and what the results are. That way, in the depths of winter, when the catalogs and nurseries tempt me with their 2021 offerings, I might review my notes and make better-informed decisions.

Growing season 2020 in Cheyenne started out well. We had Laramie County Master Gardeners interested in submitting photos for “Show and Tell” for the Zoomed monthly membership meetings in the spring.

But then some gardens were hit with hail in July and sometime in August we realized it hadn’t rained in more than a month and we were having record-breaking heat. Then in early September we had an inch of snow with ice that brought down tree branches but didn’t freeze the perennials. A few weeks later we had a day of thick smoke and ash from the Mullen fire.

In late spring I transplanted part of my January winter sowing – perennials started from seed in milk jugs with tops cut off and then replaced. Some seedlings went in my own garden, some to the Cheyenne Botanic Gardens and Board of Public Utilities Habitat Hero gardens and the rest in 1-gallon pots on the patio to hold over for fall planting.

The CBG transplants did not do well because the lack of rainfall eventually made it evident the irrigation there needed to be reconfigured. Because volunteers were absent for several months at the beginning of the pandemic, it took a while before the overworked staff could adjust it.

Funds to buy more plants are lacking because our Habitat Hero workshop in February used the online ticket seller Brown Paper Tickets. It refuses to pay the $2,000 we are owed, citing the pandemic. They have many other victims across the country.

Because of the threat of hail, I had crowded all the patio starts under free-standing hail guards Mark knocked together. They look like wooden card tables with hardware cloth mesh tops. I watered but didn’t look closely until late August when I realized all the patio plants had an infestation that looked like yellow designs drawn on the upper surfaces of the leaves.

Catherine Wissner, Laramie County Extension horticulturist, diagnosed thrips and asked me to take a photo of the leaf undersides too, where I saw little flighty white things. These were the plants I was planning to add to the Board of Public Utilities’ Habitat Hero garden.

I read that thrips lay their eggs in the soil so when we planted a couple weeks later, we washed the white insects off with water. Then we knocked off as much potting soil as we could and swished the roots in a bucket of water before planting.

More and more experts are recommending planting without any of the previous soil attached, especially trees, shrubs and perennials. That’s how the crevice garden by the front door of the CBG conservatory was planted.

The advantage is the roots immediately reach out into their new surroundings instead of staying curled up in a pot shape.

The BOPU garden is looking good – see it at 2416 Snyder. One species, a New England aster variety, is buzzing! Frequently “improved,” this native species now comes in a variety of sizes and shades of white, pinks, lavenders and purples that bloom in fall.

Kathy Shreve’s plant choices for this garden are, this third growing season, filling in nicely and attracting butterflies and birds as well as bees. But the runnerless strawberries that made it through the first winter quit the second winter.

At the LCMG summer meetings, Catherine shared problems she was seeing on yard calls. Many were trees receiving too little water, becoming stressed, leading to diseases and pests.

I was concerned about the pocket park in my neighborhood and the survival of the eight trees in it when the city cut back its number of employees and didn’t water it this summer. One spruce died. But I’m happy the city found the money to turn the sprinklers on in September. Every little bit helps, even once-a-month watering in winter.

Catherine’s photos of tomato diseases were alarming, but more easily solved, at least next growing season, by not planting tomatoes in the same location for the next two years and picking disease resistant and better varieties for our area.

Here in our garden, the record-breaking heat gave Mark the best crop of Anna Maria’s Heart Russian heirloom tomatoes in the six years he’s been growing them. Friends who bought his starts at the LCMG plant sale agreed they were early, huge and tasty.

In conclusion, an experienced horticulturist can predict what plants will do well in a particular garden, but every site and every growing season is unique. All you can do is your best to try to match the plant with expected conditions and see what happens.

Barb Gorges writes a monthly column about the joys and challenges of gardening on the High Plains. Find her past columns at http://cheyennegardengossip.wordpress.com. Readers are always welcome to contact her with questions and story ideas at bgorges4@msn.com.