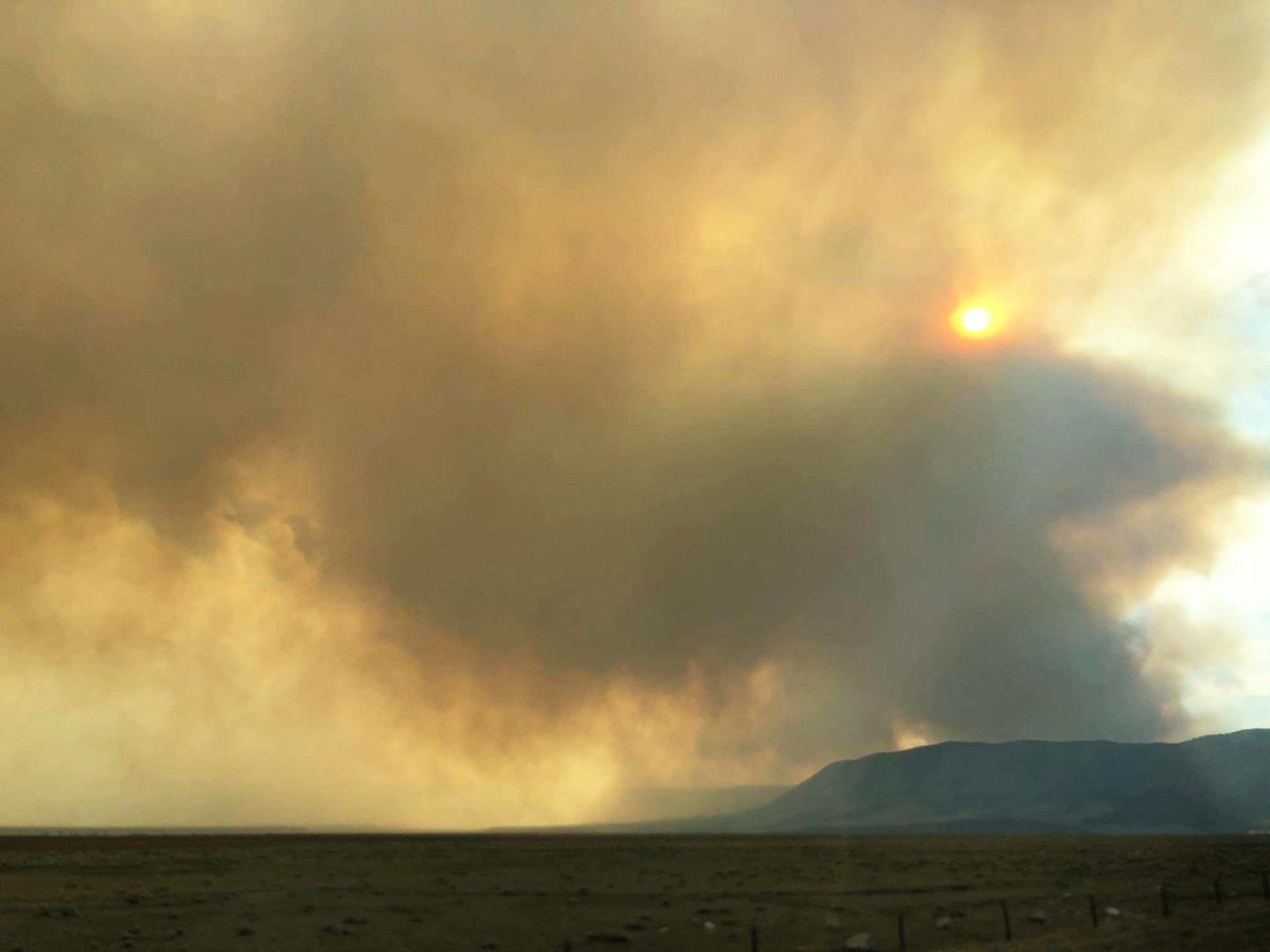 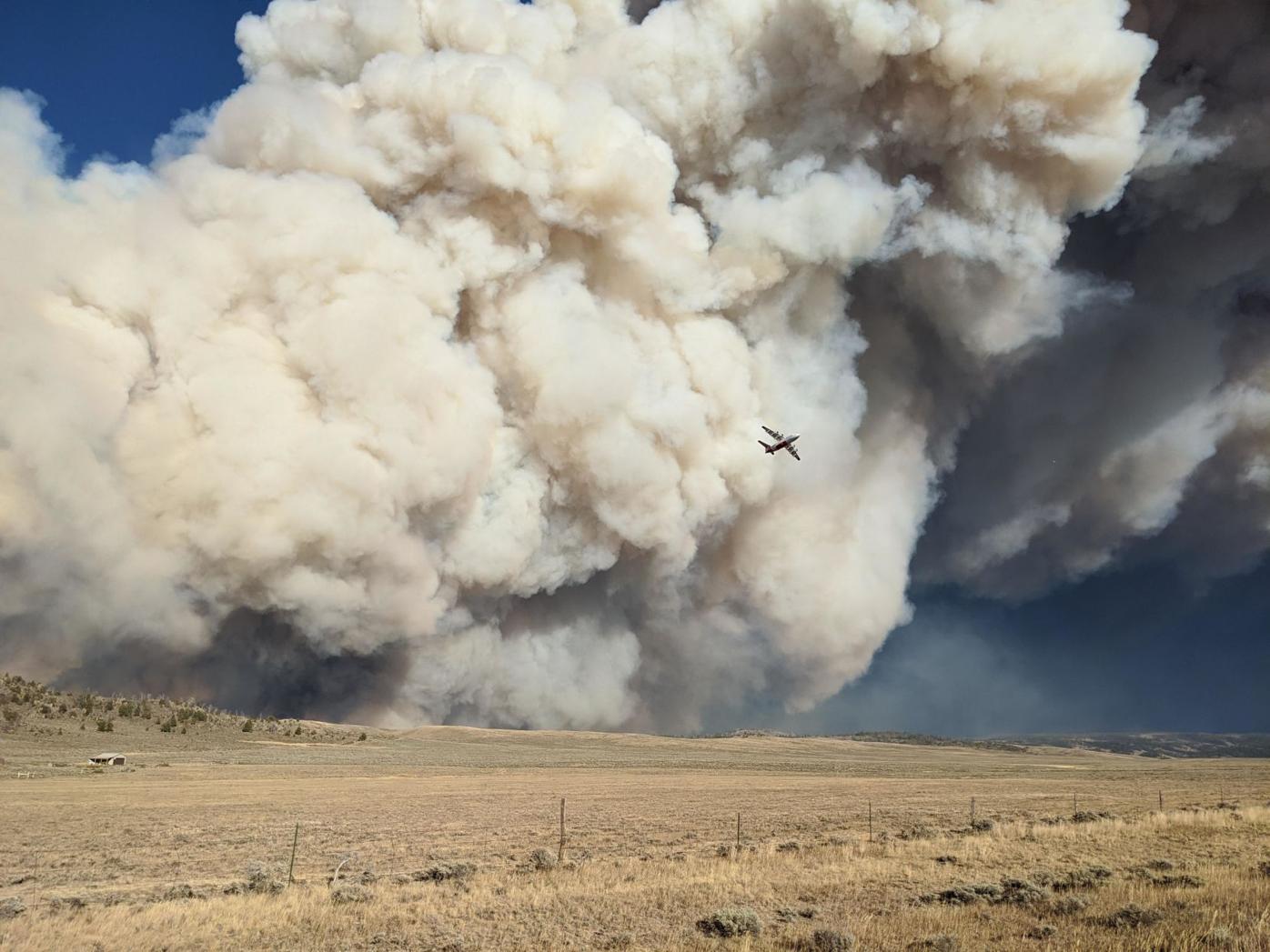 An airplane flies through smoke from the Mullen Fire. (Chip Redmond/U.S. Forest Service) 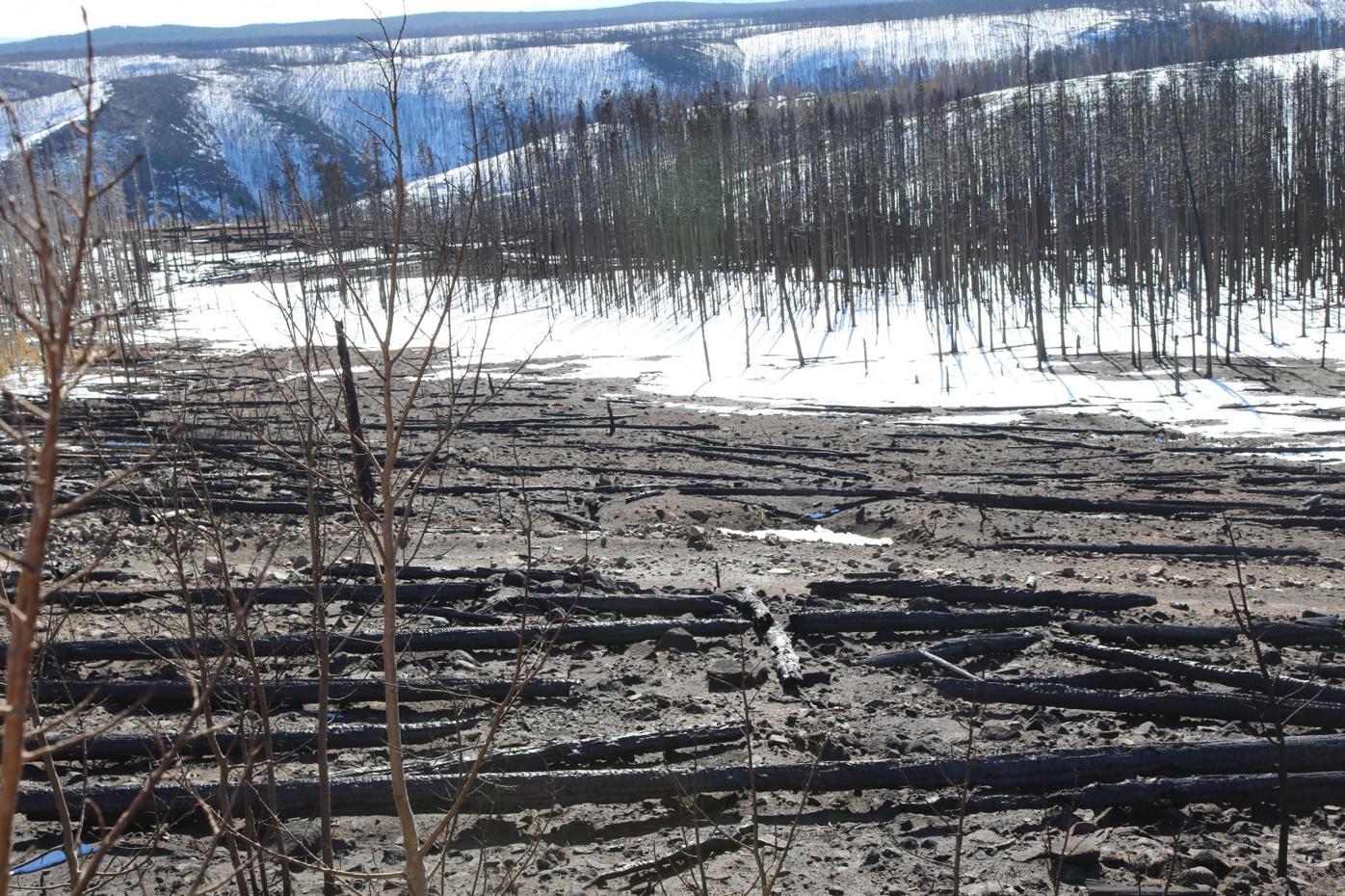 An airplane flies through smoke from the Mullen Fire. (Chip Redmond/U.S. Forest Service)

It isn’t good, it isn’t bad. We can’t make moral judgements. It just is. This is the message Jesse McCarty had for us about the Mullen Fire.

McCarty is a wildlife biologist and on the natural resources staff of the Medicine Bow – Routt National Forest’s Laramie Ranger District. The Mullen Fire started Sept. 17, 2020, on the forest in the Savage Run Wilderness Area. The source of ignition is still under investigation.

From there, firefighters were able to keep it from burning an area around Rob Roy Reservoir critical to the safety of Cheyenne’s water supply. But on Sept. 26, the wind pushed the fire down and around on a one-day, 30,000 acre-run to the east. That’s a swath 6 miles wide and 8 miles long.

That was the day Cheyenne’s skies turned orange, even though we were 70 miles downwind of the fire. That is the day that if you breathed that orange air, your lungs didn’t feel right for a couple months afterwards.

(To see the extent of the fire, go to the website that tracks wildland fires, https://tinyurl.com/mullenwildfire).

The Cheyenne – High Plains Audubon Society invited McCarty to talk about what the effects of the fire were and will be on wildlife, especially birds, and what restoration work is planned.

This forest has been using particular bird species as indicators of habitat. Not all bird species specialize in a narrowly described habitat, but each species monitored is tied to a particular one. For instance, the Lincoln’s sparrow is found around wet mountain willows, often near meadows. As the meadow fills in with trees over time, there will be more forest species such as the brown creeper.

After a fire, the American three-toed woodpecker moves in. A species of the spruce-fir habitat, it is most numerous where insects are taking advantage of dying trees. When the flush of those insects is over and low growth is sprouting, another bird species will move in. On it goes until the spruce-fir forest is re-established and golden-crowned kinglets are at home again.

The Forest Service is continuing its bird surveys this summer. It also keeps an eye on threatened and endangered species and others in special, protective categories.

Field biologist Don Jones of Laramie asked an important question. In view of the warming climate (the forest was experiencing another drought year in 2020), will areas that were once spruce-fir come back, or will the vegetation of a drier climate prevail, like pine-juniper? Jones is young enough that he may see the answer in his lifetime.

The more than 55 people (not counting instances of more than one person per screen) around the state and beyond who were participating in the Zoom meeting were also concerned about other wildlife, such as the large mammals. McCarty said that there didn’t appear to be large mammal carcasses in the wake of the fire. The new vegetative growth after the fire will attract big game.

The insect life will have taken a hit where it couldn’t find moist places to hide, McCarty said, but there is not much fire science related to insects.

When McCarty visited the forest in December, he found green growth. Sometimes, he said, this is from the caches of seeds squirrels and other small animals make. Also, the heat of the fire will have opened the serotinous cones of lodgepole pine, releasing seed. Aspen growth is also stimulated by fire.

The spread of cheatgrass is a concern and so the forest is using applications of Rejuvra, a herbicide that keeps it from germinating. There will also be grass seeding and tree and shrub planting in critical areas such as steep slopes.

Burned areas in the Savage Run Wilderness Area will not be repaired – the definition of a wilderness area is that people do not interfere with ecological processes there.

For most of us in the audience, the Medicine Bow is our forest, and we want to know how we can volunteer to help it recover. This year, the forest is not allowing volunteers within the burn area, but you can find other volunteer needs by contacting Aaron Voos, aaron.voos@usda.gov.

As the summer recreation season gets started, we will find trails and campgrounds in the fire area that are closed. Please honor the forest’s directives for your own safety until hazardous trees have been dropped and burnt slopes are stabilized.

And make sure you don’t cause the next forest fire.