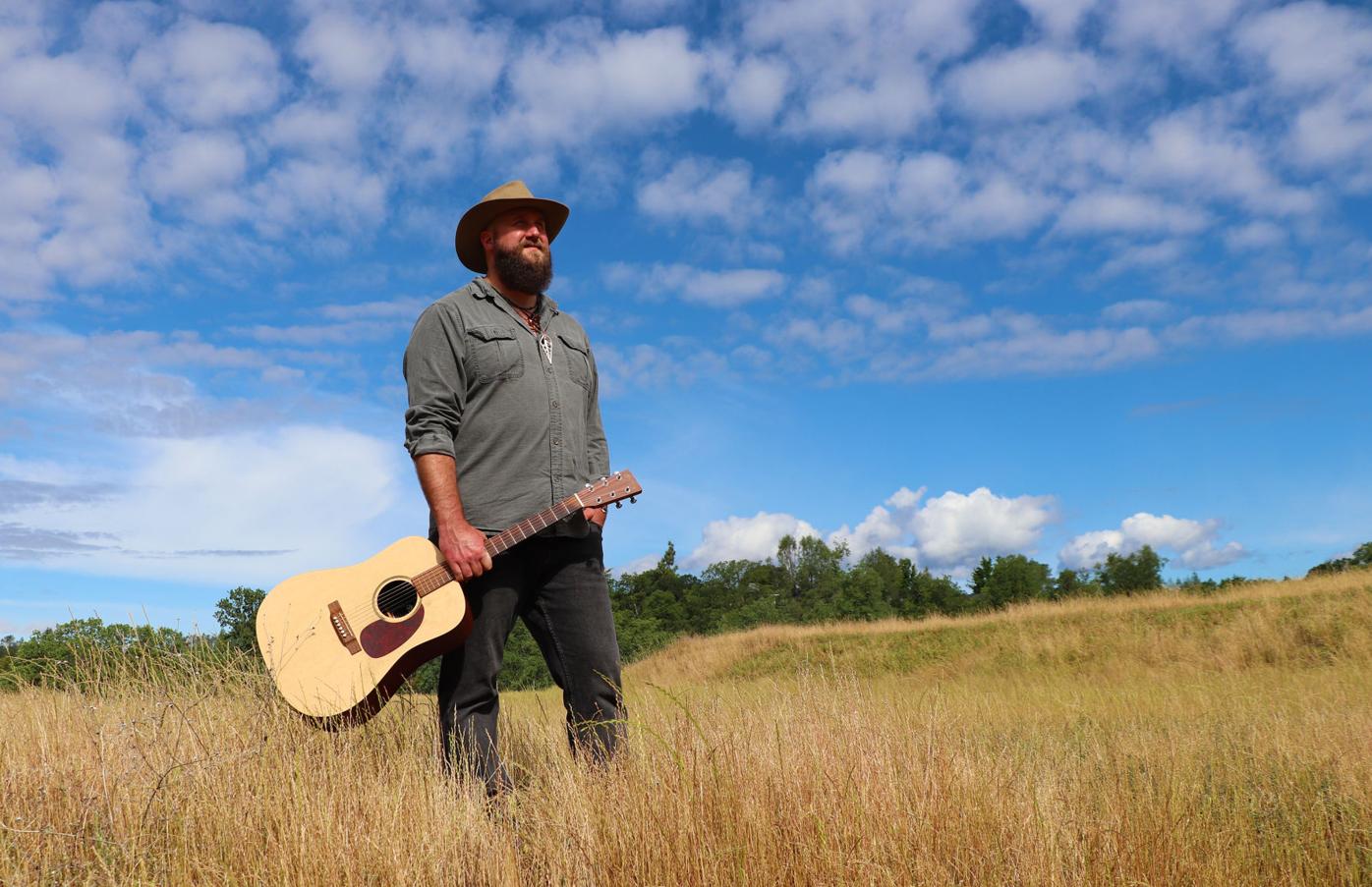 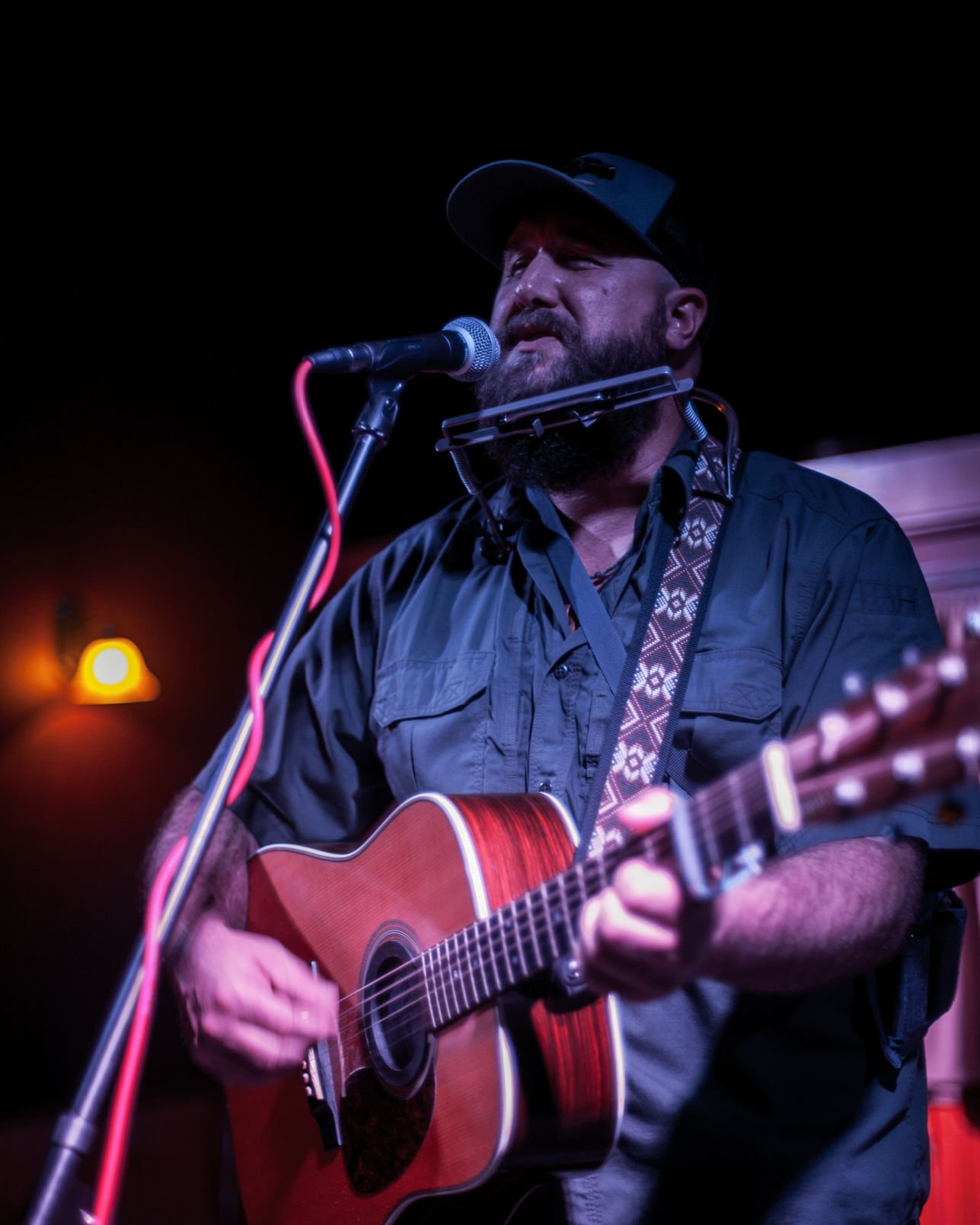 Jonathan Foster’s new album, “Lantern Shade,” came out the first week of June and features 10 songs of self-described “studio magic” with Bruce Turgon on bass guitar, keys and more as well as Joe Misztal on drums and Morgan Hannaford on mandolin. Shadowfox Photography/courtesy

Jonathan Foster’s new album, “Lantern Shade,” came out the first week of June and features 10 songs of self-described “studio magic” with Bruce Turgon on bass guitar, keys and more as well as Joe Misztal on drums and Morgan Hannaford on mandolin. Shadowfox Photography/courtesy

Jonathan Foster was lacking confidence going into his first live performance since the start of the COVID-19 pandemic. It had been more than a year since his last time onstage, and for the first time in over a decade, he felt stage fright.

But, to his surprise, it was like riding a bike. The Americana/folk singer-songwriter feels he was meant to share his music with live audiences, and in a recent conversation with the Wyoming Tribune Eagle ahead of his June 12 concert in Laramie, he explained what it was like going from canceling a tour to planning a brand new one for 2021.

The last year has been hard, but especially for artists. How has the pandemic impacted your career?

January 2020 was my last performance until just recently, in May, so it was a solid 18 months off. I had performances start to get canceled in March 2020 and had about half the tour booked, and then, of course, that went away.

At the beginning of it, there were so many unknowns. People said “Oh, we’ll shelter in place for two weeks, maybe one month.” Then we shifted gears. I helped put on a month-long Supper & Songs livestream series in April last year, helped fill that calendar and performed myself on it. I tried to do one concert a month online, and kind of burned out a little bit, and then I focused on writing my new album.

Can you tell us more about the album?

“Lantern Shade” is the name, and part of that is when I realized the year was going to be completely different, I spent a lot of time out in the woods camping, fishing and hiking, not to be glued to the news cycle or social media. That’s really what I refocused my time on, in the garden or getting out in the forest and reassessing what the joys of creativity are and why I write songs. I’m really happy with the results that came of it, but man, it was some of the biggest peaks and lowest valleys.

I’m not naive to the fact that we all have our own stories, and at the end of the day, I’m pretty darn lucky with the resources I had on my hands and with my health and my family. I’m really happy that we seem to be on the other side of it. I’m currently on my way to San Francisco, which is the first show of the tour, 26 or so states for the next three months, and I’m very lucky and very fortunate that I get to do this kind of thing even after what happened last year.

What was it like returning to live, in-person shows?

I’ve played two shows locally [in his home of Redding, California], and people are just jonesing for live entertainment and want to get back to some sense of normalcy. For me, performing is kind of my catharsis and my connection to human beings.

In the middle of May, I played my first in-person performance at a venue I play at two or three times a year, where I reside in Redding. I hadn’t had stage fright like that since maybe 15 years ago. I didn’t know if I was going to be able to recite my lyrics, I had a whole new album that I’d never performed. I basically caveated, come see me shake off the rust! But it went really well, and I think my energy was in the right space, and I didn’t come off as that rusty, apparently.

It is just a joy to be able to reconnect like that again, and it resets your clock. You realize how we take for granted how lucky we are to do this, how lucky am I to get paid to play a few hours at a bar and restaurant.

For people who have never heard you live, what can they expect from this Laramie show?

I love playing rural parts of the country. I come from a small town, and I live in a small city, so I felt really good about getting Lander and Laramie on the calendar, because I’ve always spent several off-nights in Laramie, and it has always felt like a welcoming downtown college town. I’ve always enjoyed the wide open spaces of Wyoming.

This is going to be a solo acoustic show. I try to make some connections and tell some stories about the songs and where they come from. I grew up for the first half of my life in the Northeast and second half in California, and there is always some reconnection in touring. I love seeing the country this way. I meet and talk with people, and it’s not what we see on social media – it’s about tapping into what we have in common.