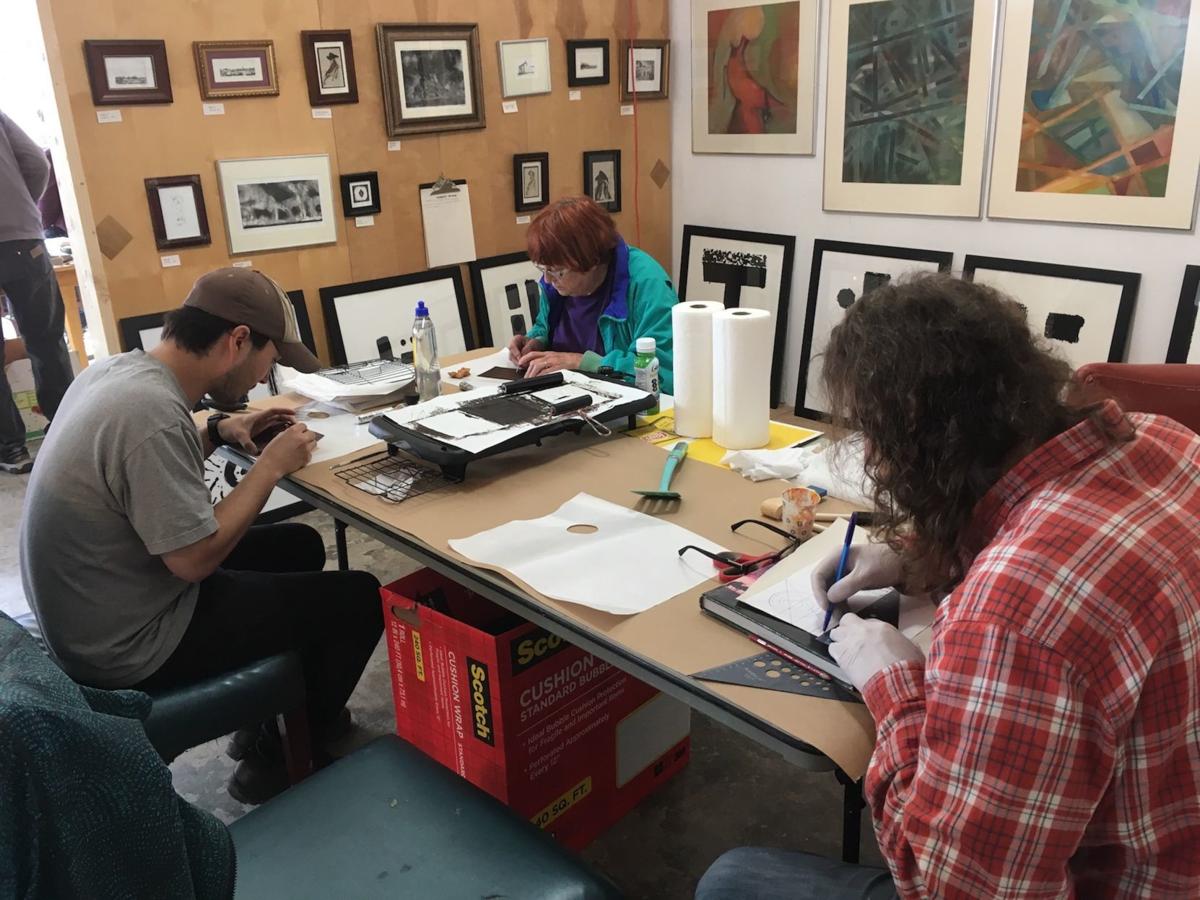 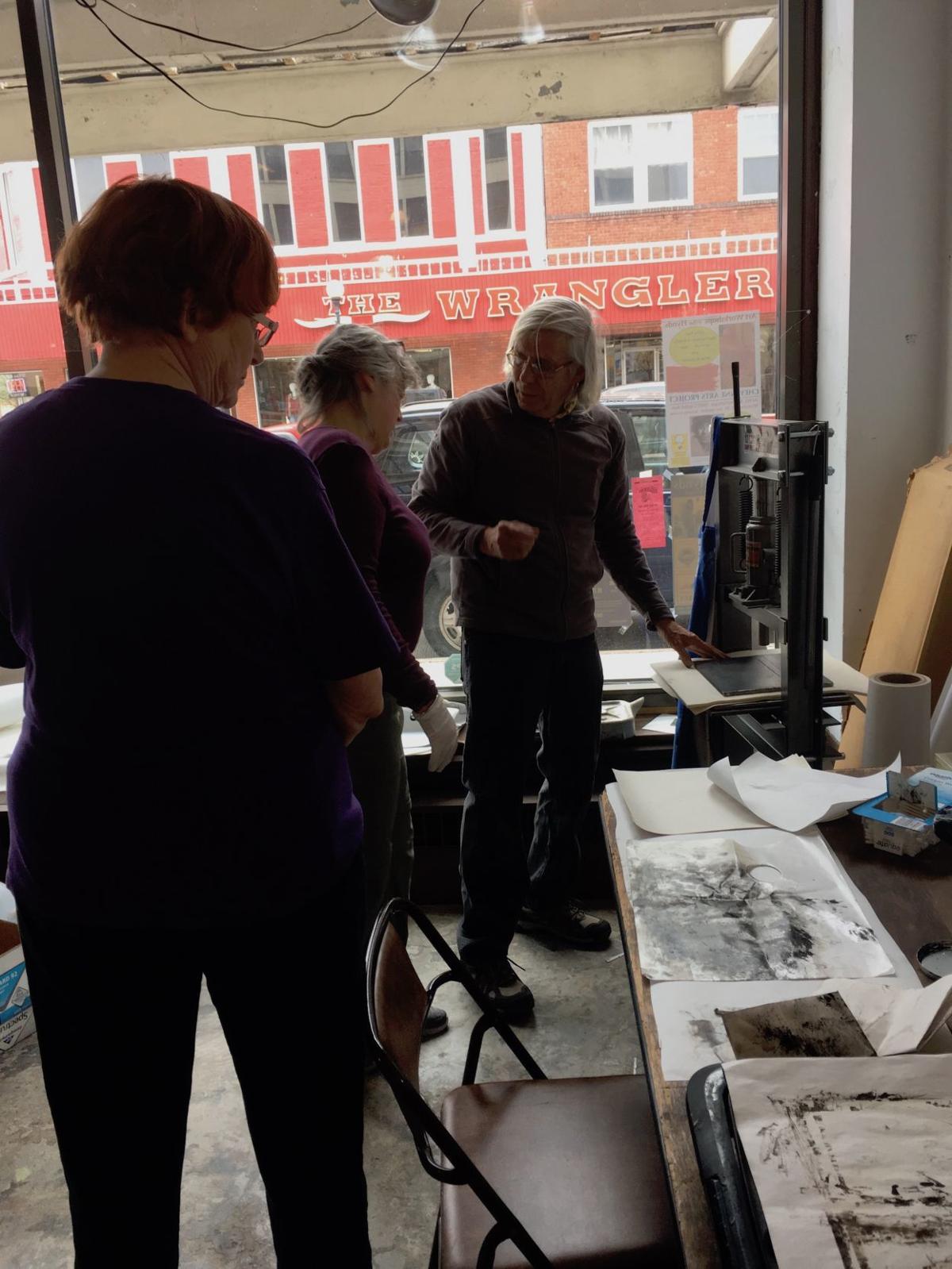 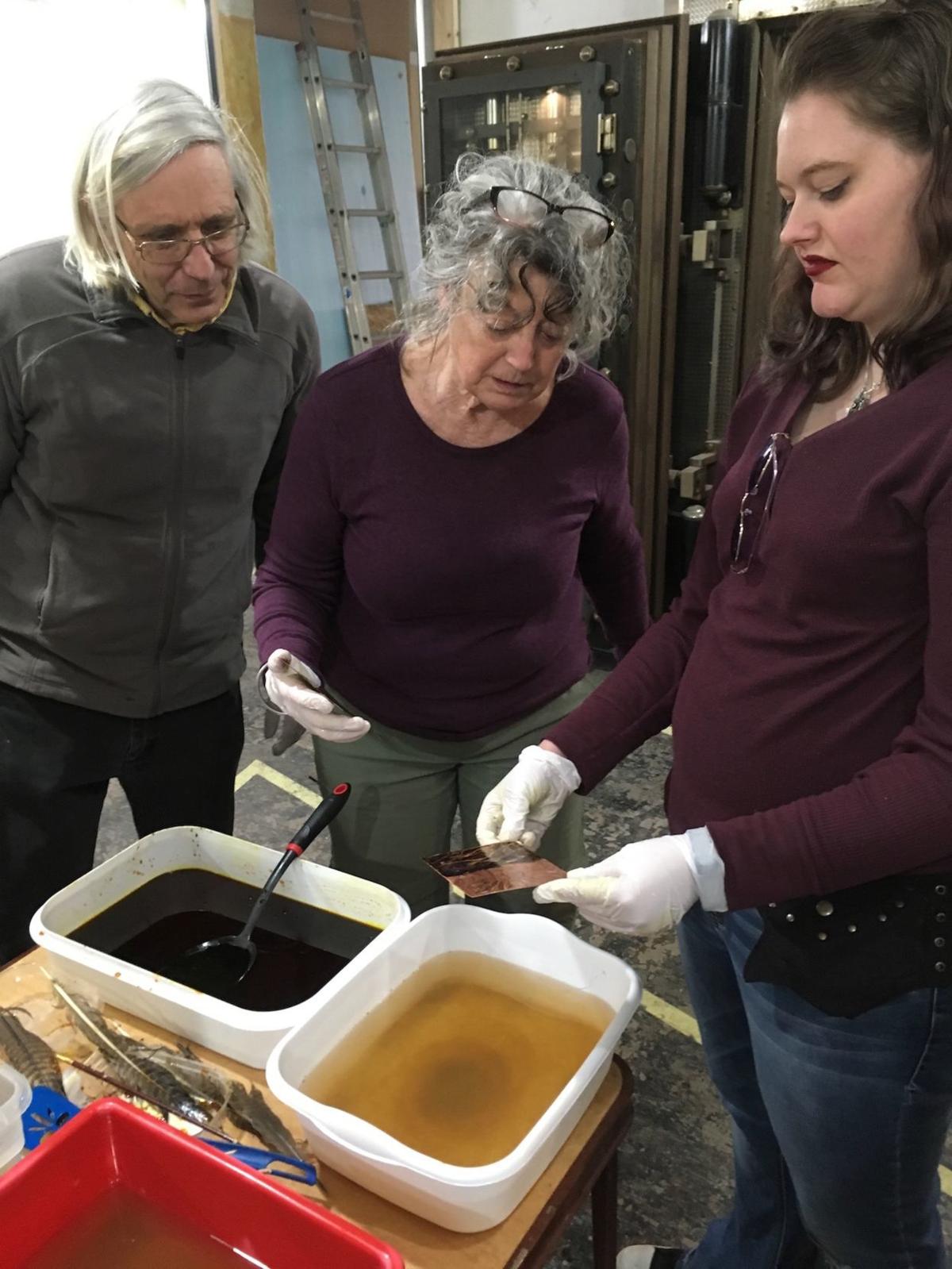 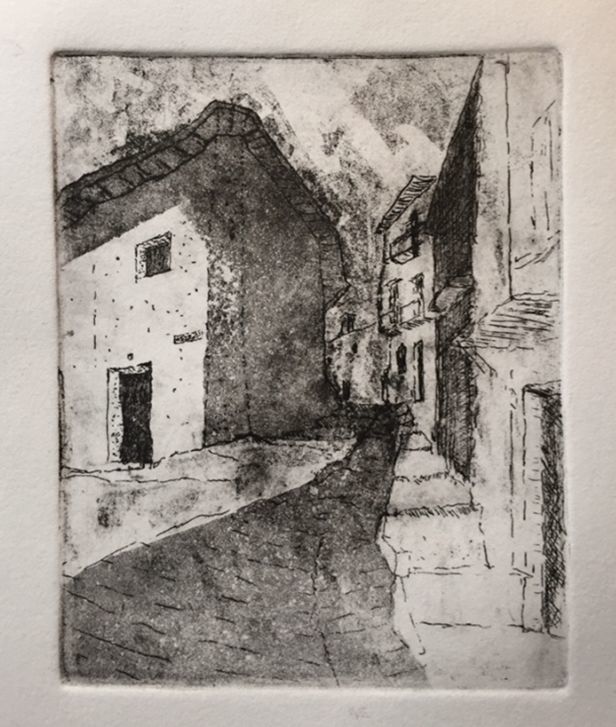 Etching is an art form with roots dating back to 1513. Originally, it wasn’t necessarily artistic, but rather a means of placing designs on metal armor during the Renaissance period.

Today, the practice of making prints from etched metal plates is a skillful artistic practice that’s hard to learn in Laramie County. It’s so hard to find courses, in fact, that organizing a local etching workshop was part of a larger grant request that Terry Kreuzer and Georgia Rowswell of Blue Doors Arts submitted to the Wyoming Cultural Trust Fund in December 2018.

They received the grant under the nonprofit Lights On and were able to start a series of monthly workshops called the Cheyenne Arts Project in 2019. In the spring, the project hosted its first etching workshop, which was so well-attended, they decided to host a second this year.

“It’s an incredible opportunity to make a plate, see how it works and then, if they wanted to continue to work with Greg, I’m sure he’ll be open to that,” Kreuzer said.

“1000 Shades of Gray” – Introduction to Intaglio Etching with Greg Fladager will take place Feb. 8 at the Hynds Building, and for $30, attendees will receive all the materials they need to make an etching.

“It’s hands on – I’ll show them how to do it, but they’ll actually do it, from taking a bare copper plate all the way through the process from preparing the plate to drawing the image, and then how to etch the plate and how to print the plate,” Fladager said. “At the end of the day, they come out with an original print.”

Fladager said the basics of etching is actually pretty simple, but those with more drawing experience will probably end up with the best design. He also made it clear that this is an introductory course, but all skill levels are welcome, so if someone took his first workshop in April, they’re more than welcome to come again and learn some more advanced techniques after he goes over basics.

The price would be significantly higher if not for the grant, Kreuzer said, and Fladager added that it’s a great deal because printmaking materials are usually quite expensive. For $30, participants will get a copper plate, paper and use of a press – the latter of which is the most unique aspect, because the next closest place participants could use a press is over the hill at the University of Wyoming.

“People seem to enjoy it,” Fladager said. “You can be very, very creative with it, and when people make their first print, it’s magical, really. You just see people light up. They sort of catch the vision of it, and to actually create something with your own hands that you’ve never done before (is rewarding).”

Fladager got into printmaking when he took a course at Colorado State University. Several years passed between graduating and getting back into the art form, but about eight years ago, he found a small hand press that was actually meant to press vegetables. He started to wonder if this could be used to make prints, so he tried it. It worked, and he was hooked.

When Fladager attended a Native American Give-Away Ceremony a few years ago, he had the idea of making four animal prints as his ceremonial offering. It was an unusual present for this kind of ceremony – people typically give more practical gifts, he said – but it got him thinking about the different uses for, and possible subject matters that could be conveyed through, printmaking.

“That launched me into more depth with printmaking … and a possible way to start making some money,” he said.

As for why he continues to enjoy the art form, Fladager said it’s hard to put into words why it’s attractive, but he thinks it has a lot to do with the color it can produce and the experience of creating something with his own hands.

“You can get very rich blacks and the contrast, depending on the paper you use, has a really attractive quality to it,” he said. “I think it’s the quality of the blacks and whites and grays and the image you can create with it. It’s unique in that sense.”

What: "1000 Shades of Gray" – Introduction to Intaglio Etching with Greg Fladager

This workshop costs only $ 30 per person with pre-registration required is part of a series called Cheyenne Arts Project funded by LightsON! and Wyoming Cultural Trust Fund.

City should ban dogs from soccer fields at north park