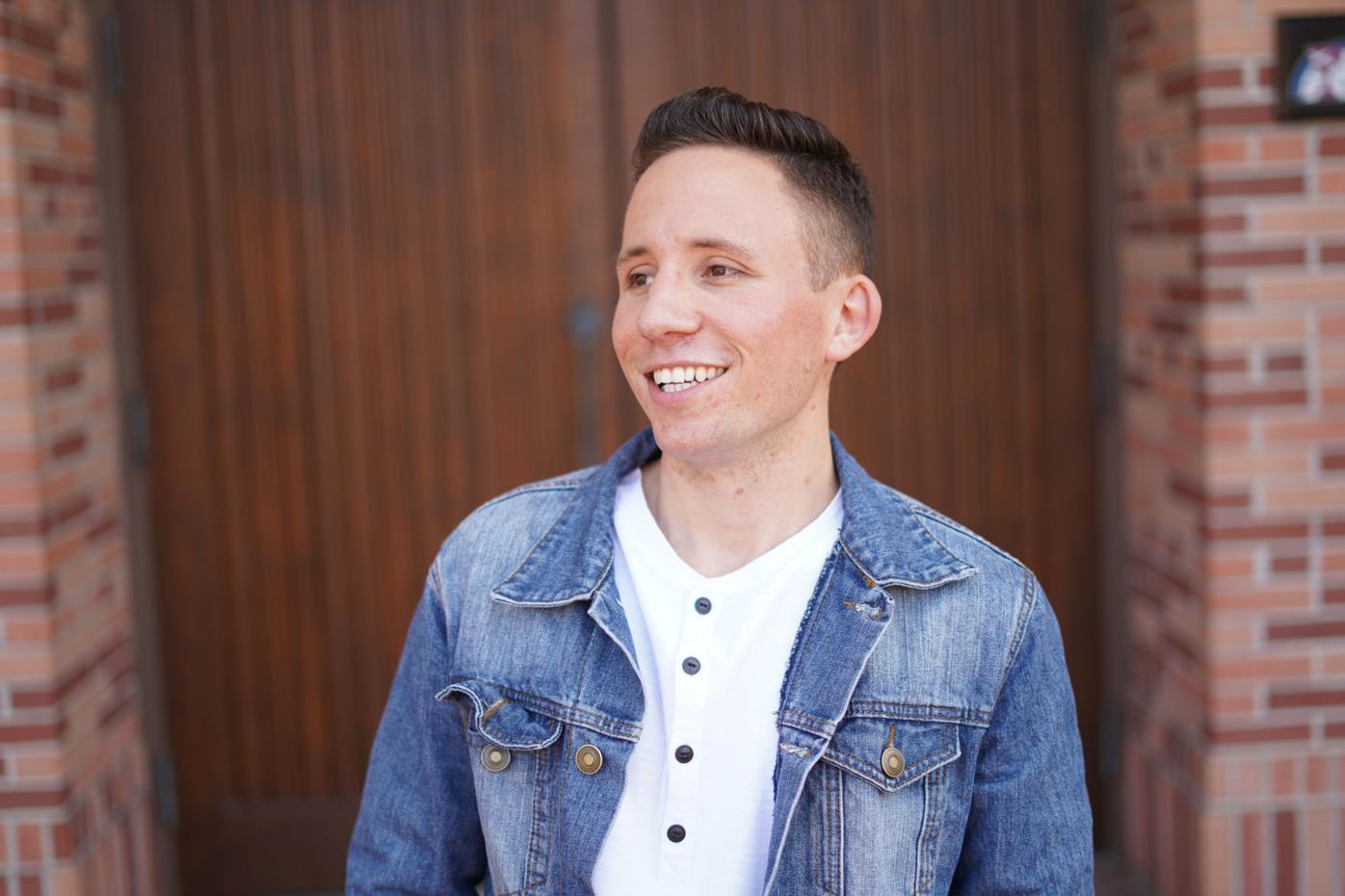 If you’d like to see Dominic Syracuse’s comedy, find out about his classes or see more of what he does, search his name on YouTube and subscribe to his channel. 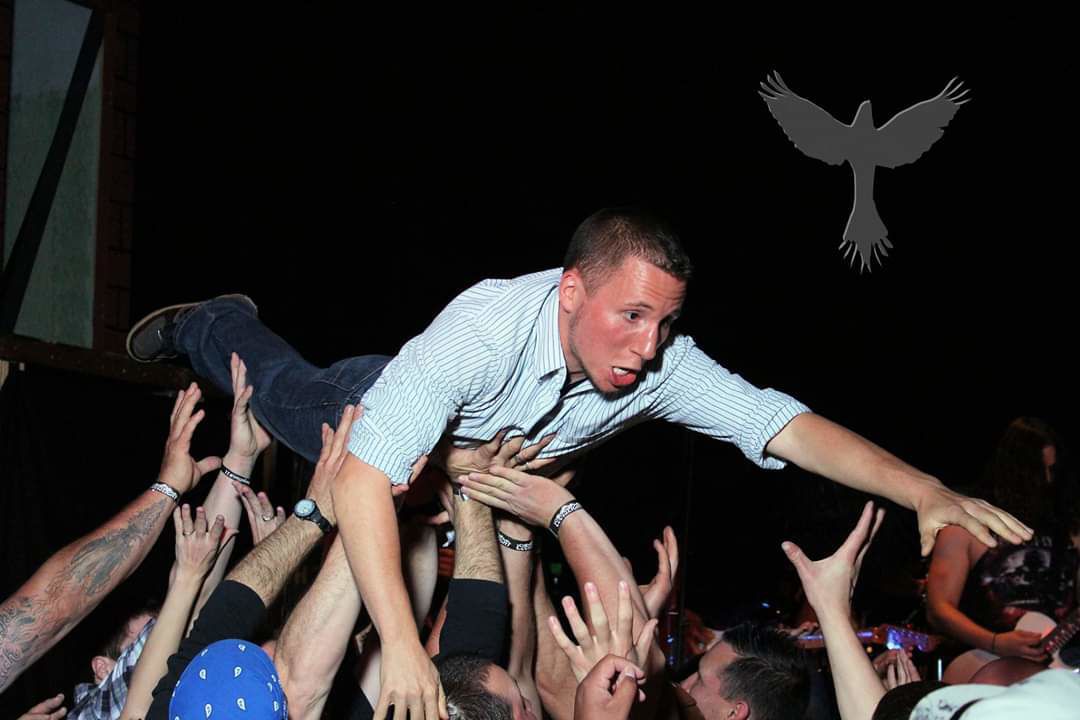 Dominic Syracuse is a musician, actor and comedian who was born and raised in Cheyenne. Courtesy

If you’d like to see Dominic Syracuse’s comedy, find out about his classes or see more of what he does, search his name on YouTube and subscribe to his channel.

Dominic Syracuse is a musician, actor and comedian who was born and raised in Cheyenne. Courtesy

The year 2020 was supposed to be Dominic Syracuse’s year. His YouTube channel had just started gaining notoriety, he’d become a comedy headliner at Federal Bar in his current home of Los Angeles, and bookers were calling him to headline shows in his native Wyoming.

The Central High graduate was even leading a successful social work program as a day job. Everything was panning out – then the COVID-19 pandemic changed everything.

“I was able to kind of do this theater for therapy by day and standup by night sort of thing,” Syracuse said by phone from his family’s house in Cheyenne, where he’s currently quarantining. “We were going to make an entire national tour out of it and literally right as the plane landed after the standup show (on March 6 in Cheyenne), quarantine in LA was announced, and all the shows were canceled.”

Just like that, everything this comedian, musician and classically trained actor had been working toward crumbled. But somehow Syracuse wasn’t consumed by the blow. Instead, he viewed it as any seasoned performer would: like just another rejection.

“The benefit of being an actor and having those 10 years of grinding and grinding is that it makes you so used to rejection,” he said. “You have to go through 100 no’s before you get one yes, so you learn to do your best every single time and treat each one as a new learning experience. So when you get that yes, you have so much knowledge that you’re ready to crush.”

Before he trained at Chicago’s Steppenwolf Classes West or LA’s The Groundlings Theatre & School, Syracuse was just a kid from Cheyenne who wanted to help people. He assisted individuals with disabilities for 10 years while working his way through college, and his interests were constantly torn between the performing arts and social services.

Three years ago, Syracuse found a means of marrying the two when he created his own business, Cognitive Behavioral Theater. The venture was inspired by an outreach program he participated in as a master’s student at the Art of Acting Studio Los Angeles in 2014.

The program provided a unique opportunity to teach acting as a cathartic release to inmates at LA’s Pitchess Detention Center.

“Acting is constantly about your name, your face, you talking, your words – ‘Come see an hour of just me!’” he said. “It became difficult to help or service others, so when I found out about the outreach program, it was a way to combine both of my passions. I became vice president of the whole thing for the next three years, and it became so successful that (the team at Century Regional Detention Facility, a jail that the program expanded into) asked me … if I’d be interested in using these techniques to teach anger management and drug abuse rehabilitation.”

The answer was an easy yes, and Syracuse became a full-time acting and improvisation teacher for inmates at the previous two jails, in addition to others operated by the Los Angeles County Sheriff’s Department, such as Twin Towers Correctional Facility and Men’s Central Jail.

In those facilities, Syracuse had to follow a state-mandated curriculum focusing on cognitive behavioral therapy. The first time he read said curriculum, he realized there was an acting game that went perfectly with nearly every lesson objective, and that got him thinking about how this curriculum could work outside the justice system.

After two and a half years of teaching in the jails, Syracuse decided to take what he’d learned and make his own program that would be available to the general public.

Today, according to its website, Cognitive Behavioral Theater consists of three separate programs. The first, Empathy in Action, combines the various acting and improvisation techniques Syracuse learned throughout his studies with court-mandated curriculum certified by the California Cognitive Behavioral Institute to teach anger management in an innovative and enjoyable way.

The second, Building Character, blends the latest research in neuroscience and behavioral psychology with the same acting and improvisation techniques used in the anger management course to provide interactive, informational and inspiring personal development training.

The last of the three programs, Make Belief, is Syracuse’s motivational speaking series that touches on a variety of topics, from empowerment and communication skills to restorative justice and prison reform.

Acting is an ideal method to teach such topics through, in Syracuse’s eyes, because everyone has a story. And when you give someone the skills needed to tell their own story, the positive repercussions are immeasurable.

“The mission I’ve put myself on is going to places like prison, where we as a society have turned these people into two-dimensional characters and said ‘that’s the bad guy’ or ‘the criminal’ or ‘the crazy person,’ and never really hear their story or hear what led them to that point,” Syracuse said. “The whole goal is showing people that there really is no such thing as a two-dimensional character. It’s the difference between drawing a stick figure and creating a statue. One is just the basic outline, and when we make a judgement of a person, that’s what we’re doing.”

But in the era of COVID-19, it’s impossible for Syracuse to book speaking engagements or group lessons, let alone a standup show. In response, he teamed up with Gary Hall, CEO of Hollywood Impact Studios and former vice president of production for Fox, to teach a weekly acting class via Zoom to men at Miracle Mountain in Canyon Country, north of LA.

Miracle Mountain is Hall’s reentry facility for people who were recently released from prison and need help integrating back into society. There, residents have access to drug rehabilitation and job preparation courses, and the main goal is to teach them the skills needed to get a job doing behind-the-scenes (such as light, sound or camera) work on Hollywood productions.

“He reached out and said, ‘Let’s do an acting class with these guys while we’re in quarantine,’’’ Syracuse said. “It was amazing, because I was so worried, especially with teaching improv. You have to be there, you’ve got to be one-on-one with people to have this connection … but it’s weird how well it still works over Zoom. One game we love to play is I Got The Spirit, and you just shake things up as a body warmup … normally in a room or circle of people you would pass it, and it would go to someone across the room, but now all you have to do is say someone’s name, and they are dancing around their room like they just won ‘The Price is Right’ or something.”

The experience has both kept his teaching skills sharp and given him the inspiration he needed to create a new curriculum for a deal he signed with online education program Innovation University. Currently, Syracuse is fine-tuning 24 lessons for a virtual course focusing on his methods of combining theater and therapy.

These days, Syracuse isn’t so worried about the future. He misses in-person performances, talks, classes, etc., but he’s leaning into the ever-expanding digital sphere in a way that excites and motivates him.

“(The pandemic) just kind of forced me into a new avenue,” he said. “I like the idea of doing everything online now because the reach is so much further than what it would be otherwise. It’s pretty cool – I’m pretty excited about the next 18 months.”

But he hasn’t forgotten about all the canceled tour dates that have made his days look completely different (and his source of income less reliable).

“Now, the hope is build the YouTube channel to where it has a significant following and simultaneously release all the (online) classes to people who were already interested, and then once all of that builds up, as soon as they allow for live gatherings again, it’ll make it all the more easy for us to book a tour.”

If you're interested in learning more about Dominic Syracuse's Cognitive Behavior Theater programs and/or upcoming online classes, visit his website at www.cognitivebehavioraltheater.com.