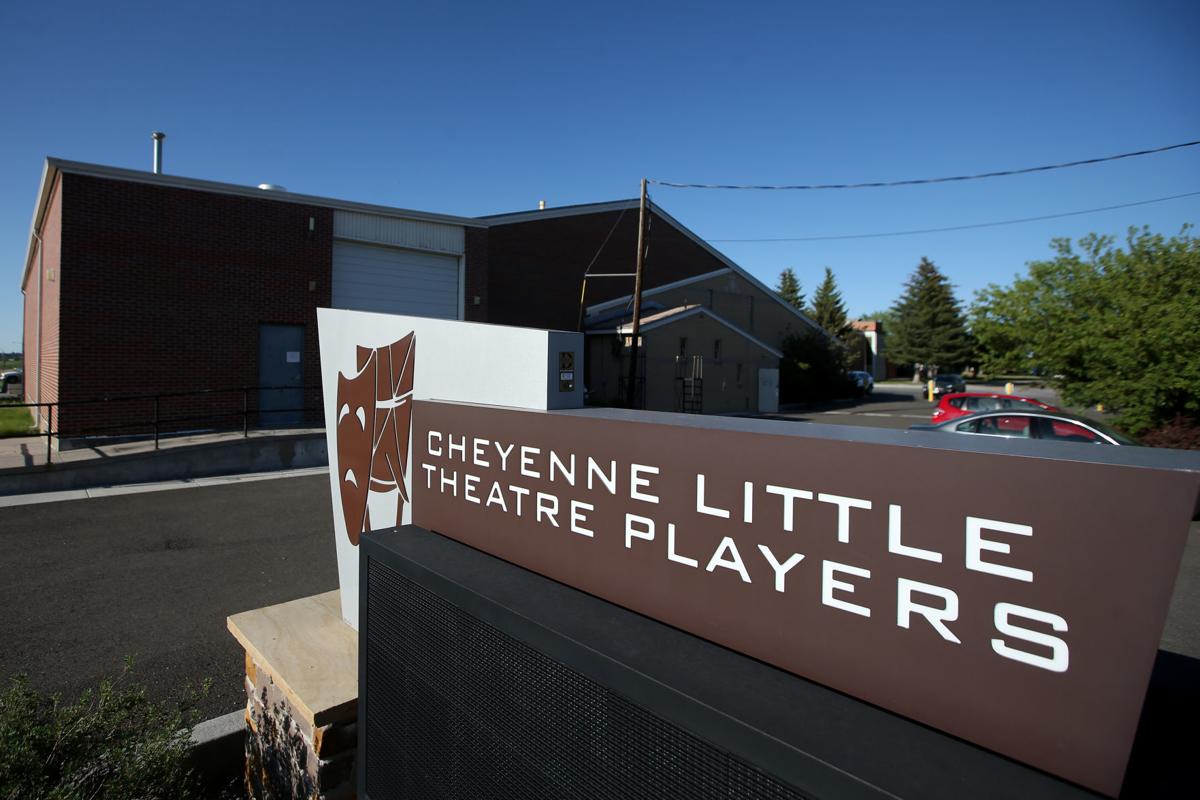 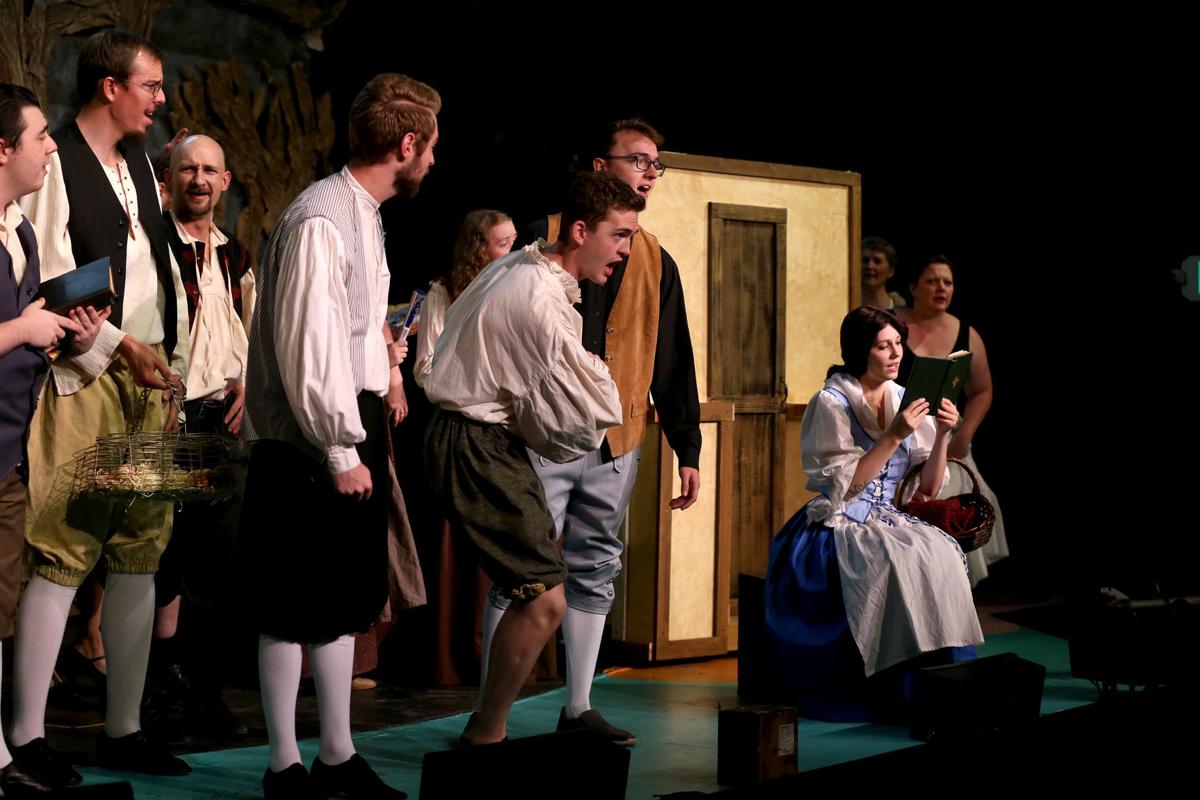 Cast members of the Cheyenne Little Theatre Players production of “Beauty and the Beast” rehearse on Wednesday, Sept. 4, 2019, inside the Mary Godfrey Playhouse in Cheyenne. This next season will feature six shows at the Playhouse. Michael Cummo/Wyoming Tribune Eagle

Cast members of the Cheyenne Little Theatre Players production of “Beauty and the Beast” rehearse on Wednesday, Sept. 4, 2019, inside the Mary Godfrey Playhouse in Cheyenne. This next season will feature six shows at the Playhouse. Michael Cummo/Wyoming Tribune Eagle

Everyone could use a little escape these days – and the team at Cheyenne Little Theatre Players completely agrees.

That’s why the timing of the community theater’s 2020-21 season announcement Tuesday couldn’t have been more ideal.

“It’s always very exciting to announce a new season, and I think next year’s has a lot of variety, a little bit of everything,” said Managing Director Todd Martin by phone. “It has the fun and exuberant ‘Mamma Mia!,’ in contrast to a more sophisticated piece like ‘God of Carnage’ that’s something different for the Cheyenne audience.”

Next season will feature the hit ABBA-infused musical “Mamma Mia!” from Sept. 18 to Oct. 4, multi award-winning dark comedy “God of Carnage” from Nov. 6-15, beloved holiday classic “A Christmas Story” from Dec. 4-20, popular children’s production “The Phantom Tollbooth” from Feb. 12-28, Victorian comedy “The Importance of Being Earnest” from April 9-25 and award-winning Broadway musical “La Cage Aux Folles” from May 7-23.

COVID-19 permitting, the group will kick off that season this summer with two Youth Summer Stock productions: “James and the Giant Peach, Jr.: The Musical” June 26-28 and “Legally Blonde Jr.: The Musical” from July 17-19. CLTP’s 64th Old Fashioned Melodrama will follow, set to run from July 9-Aug. 2, and the production is multi-titled: “Devious Deeds of the Duplicate Dirty Dastards” or “A Tale That’s Two Gritty” or a “Villain in the Hand is Worth Two of the Bush Whackers,” written by Rory Mack.

Board of Directors President Mary Hall said the process of choosing the pieces started, as it always does, in early fall. Around August/September, the group sends invitations to past directors, assistant directors, etc., to submit a show proposal. Every season typically includes two musicals; a holiday show; a comedy, drama or mystery; a children’s show and a summer melodrama, and this year they received a variety of each.

Hall guessed there were somewhere around 40 submissions, which took the program committee around three months to get through because many of the plays were new to the organization and needed to be carefully read.

The group then got together to narrow down their options and decide which pieces would appeal to CLTP’s audience – which Martin said is hard to pin down.

“It’s really varied,” Martin said. “We try for younger folks to older folks, and we try to find shows that will have a broad appeal.”

That being said, he admits the group deviated slightly from this tradition by including Yasmina Reza’s “God of Carnage,” a dark comedy about two sets of parents who meet to discuss an incident in which one of their sons hurt the other on a playground. Its style of comedy is much different than the more traditional farces CLTP often performs, but he’s excited for audiences to find the unexpected humor in an otherwise tense story that has never been performed by CLTP.

He’s also excited for another CLTP first, “Mamma Mia!,” which only recently became available to community theaters. The music of ABBA is so widely recognizable, he continued, that he knows a variety of people will enjoy themselves at that fun-loving show.

The third and final new show for the theater (CLTP has staged all the others previously, but it’s been several years) is “La Cage Aux Folles,” which Hall looks forward to directing because of the inspiring music. The theme for this season is “From Stage to Screen and Back Again,” and she actually fell in love with this story first in cinematic form.

As for the rest of the season’s offerings, Hall said patrons should remember there will be plenty of other shows that aren’t part of the main lineup, such as “The Rocky Horror Picture Show” (which lines up perfectly with Halloween this year, she noted), the annual New Year’s Eve drag show and the winter fundraiser.

“Our stages are constantly booked,” she said, adding that the variety among those bookings is attractive to more than just theatergoers. “I think it’s exciting for our audiences, and it’s also great for our talent pool that they’re going to get a chance to do some new things.”

What: Cheyenne Little Theatre Players' 91st season: "From Screen to Stage and Back Again"

Where: Mary Godfrey Playhouse, 2706 E. Pershing Blvd., and Historic Atlas Theater, 211 W. Lincolnway (check website for which show is where)

Cost: Season memberships now available for $120 (per adult), $100 (per senior or military member), and packages are available for couples. Purchase your membership before April 1 and get one "bring a friend voucher" for any show in 2020-21.

Phone: 307-638-6543 (Note: The CLTP offices are currently closed until further notice due to concerns surrounding COVID-19, but voicemails will be checked occasionally. The most efficient way to buy tickets is online.)

Gordon: Food from the Field one more way to help end hunger in Wyoming

Fleming and Roden: Reading comprehension is an outcome, not one specific skill