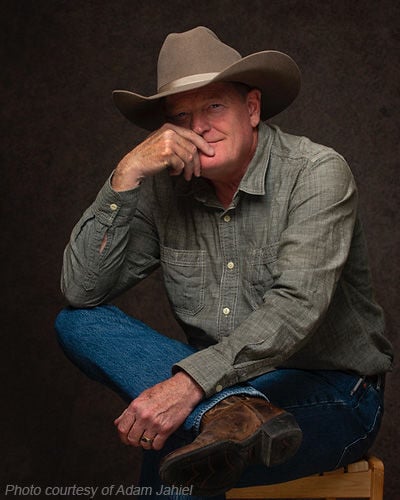 Craig Johnson is the New York Times bestselling author of the Longmire mysteries and the recipient of the Western Writers of America Spur Award for fiction. Adam Jahiel/courtesy 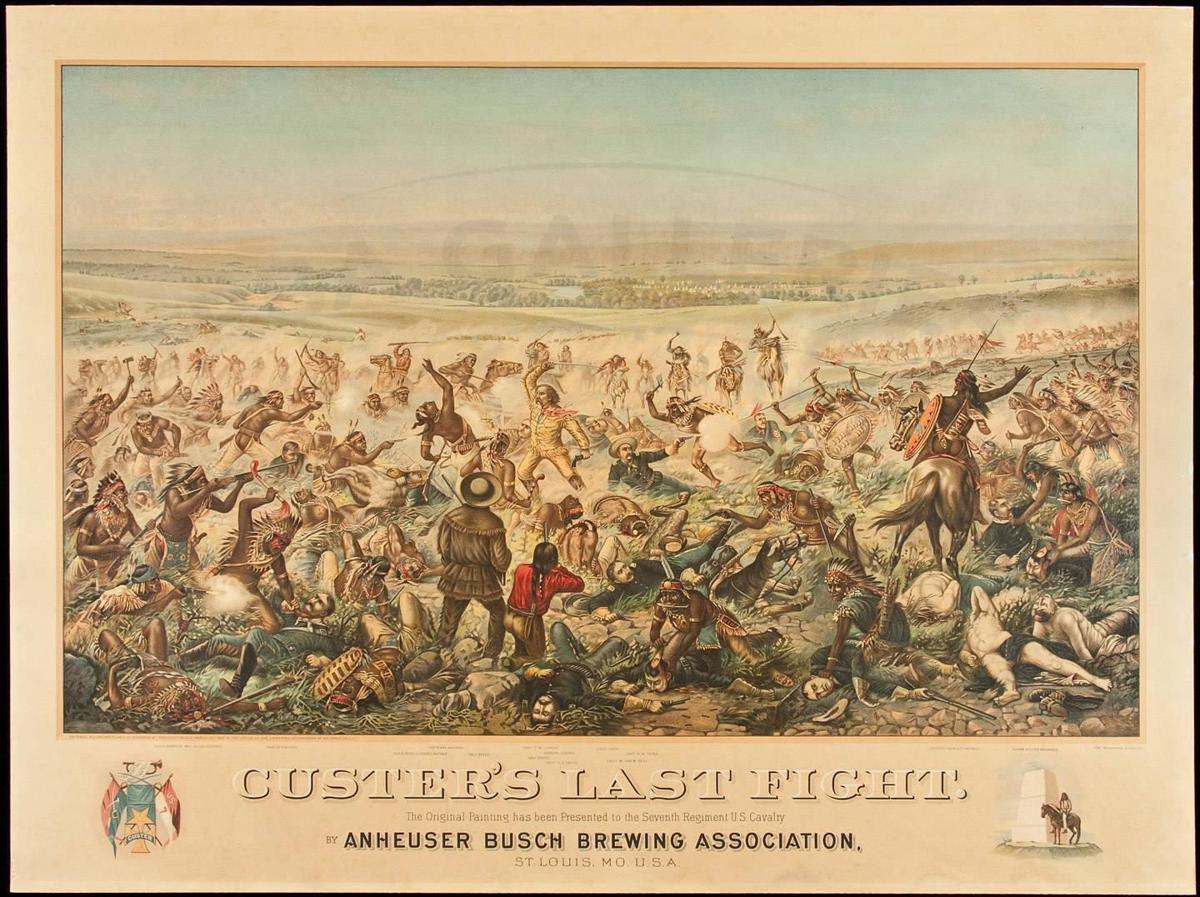 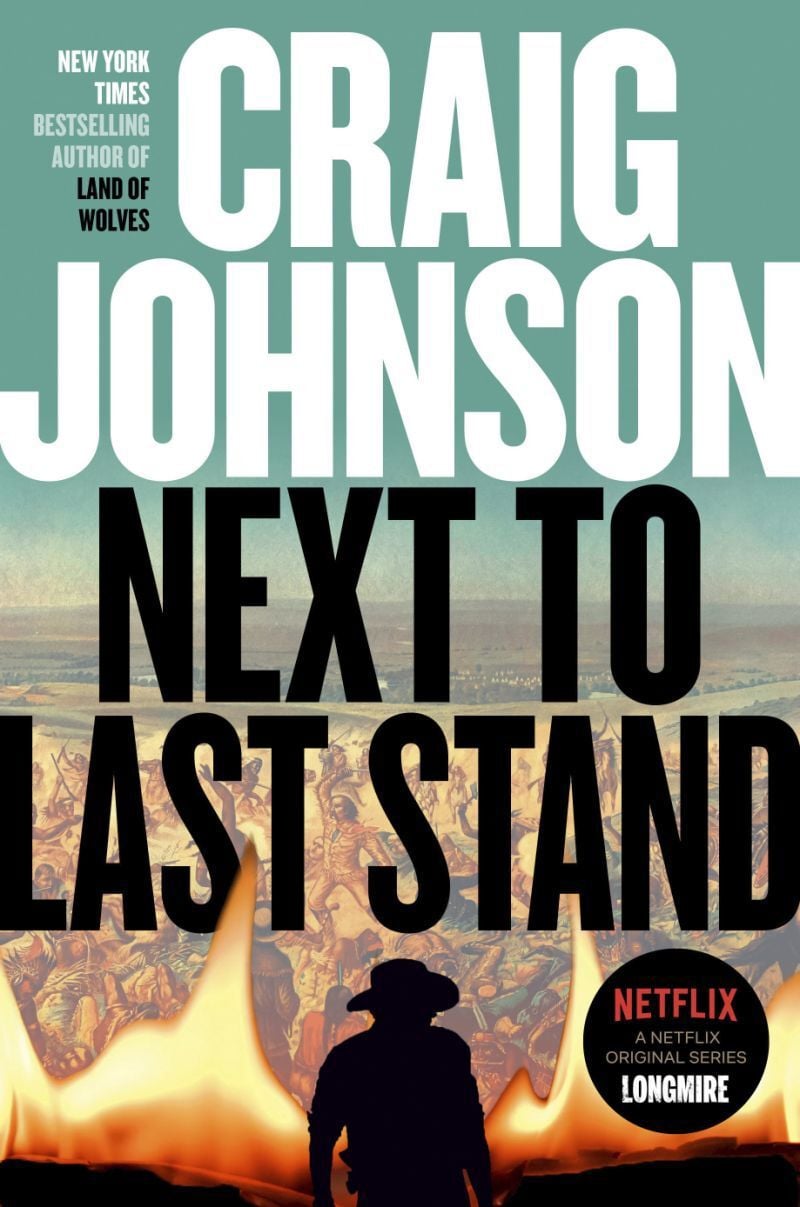 This cover image released by Viking shows “Next to Last Stand” by Craig Johnson. (Viking via AP)

Craig Johnson is the New York Times bestselling author of the Longmire mysteries and the recipient of the Western Writers of America Spur Award for fiction. Adam Jahiel/courtesy

This cover image released by Viking shows “Next to Last Stand” by Craig Johnson. (Viking via AP)

Everyone’s seen this painting, they just might not remember it.

Cassilly Adams painted “Custer’s Last Fight” in 1884, and his rendering of the famous battle at the Big Horn River in Montana was later obtained by Adolphus Busch, co-founder of one of the world’s most famous (and successful) breweries.

According to Anheuser-Busch’s website, in 1896, the company began distributing thousands of lithographic renditions of “Custer’s Last Fight” to businesses such as saloons and restaurants. It quickly became one of the company’s most successful advertising pieces, and, most recently, the inspiration for Craig Johnson’s new book “Next to Last Stand.”

“It’s been described as a painting that has been viewed by more inebriated art amateurs than any other painting in history,” Johnson said over the phone from his ranch in Ucross. “That was hard, finding something new to say. So for me, that painting became that access point and set the trajectory (for the book).”

“Next to Last Stand” centers on a premise that would intrigue anyone who likes to question history: “Custer’s Last Fight” was reportedly destroyed in a fire at the 7th Cavalry Headquarters in Fort Bliss, Texas, in 1946. But what if that weren’t true? When Charley Lee Stillwater dies of an apparent heart attack at the Wyoming Home for Soldiers & Sailors, Johnson’s beloved protagonist Walt Longmire is sent on the trail of a dangerous art heist connected to this iconic painting.

Focusing on such a recognizable image with a complicated history was difficult, but as a resident of northern Wyoming, Johnson had an advantage when conducting the extensive research it took to produce this book.

“I can just drive up to the Northern Cheyenne Indian Reservation, and I’ve got friends there who are basically family, and they’ll say, ‘Oh, go talk to Charles. His grandfather fought in that battle,’” Johnson said. “Then it becomes a question of scale, because you could just fall into a research rabbit hole and never come up, so the big question is discerning what was propaganda and what was actual truth. Custer’s widow went on a campaign to make him the living embodiment of young heroics to an entire country and was very successful at it, but then I find out there were certain things like Custer contracted syphilis … and he had a Northern Cheyenne native girlfriend. If you rub the image a little harder, you discover some things that were glossed over.”

A couple years ago, Johnson started this research after many drives past the Veterans’ Home of Wyoming in Buffalo. There were always veterans outside who would wave as cars passed by, and when he started stopping to talk to these men, they always had the best stories. These old tales inspired the premise of the book, following what happens when a veteran dies and he leaves behind a mystery to untangle.

The first step Johnson took after determining the premise was reading everything he could find about “Custer’s Last Fight.” He used the internet, but with a grain of salt, fact checking and furthering his understanding through books written about the Battle of the Little Bighorn. There have also been several bad movies made on the subject, he added with a laugh, and even the iconic painting itself doesn’t paint an accurate depiction of the battle.

“I’m looking at it right now. It’s sitting next to the fireplace, and it’s kind of ludicrous,” Johnson said. “Topographically, the village is on both sides of the river, which it wasn’t, and the cavalrymen kind of look like cavalrymen, but the Indians look like the Seminoles in Florida, they don’t look like Plains Indians. So then you start doing research on that kind of thing, and it’s an eye-opener, it’s telling about what society was like when this was painted 10 years after the battle. … But that’s one of the best things as an author – you get to research and find things out. We get paid to do that. What a wonderful life we lead!”

Johnson noted that for almost a century, the Indigenous perspective of the Battle of the Little Bighorn was shoved aside, so it was important to his writing process to hear from the descendants of Northern Cheyenne and Lakota citizens who fought in the battle and to fairly depict their relatives’ experience.

He also recognizes that writing a book rooted in a long-debated history could be somewhat controversial, but getting people talking is a huge reason why he loves what he does.

“It’s a pivotal moment in Western history,” Johnson said. “I’m going to hear from both of them, and that’s OK, that’s what I like. If I was writing a safe little book that nobody cared about, it would be a different situation, but that’s fun to work social implications into a book and be part of that dialogue.”

What: Craig Johnson's latest Longmire mystery, "Next to Last Stand"