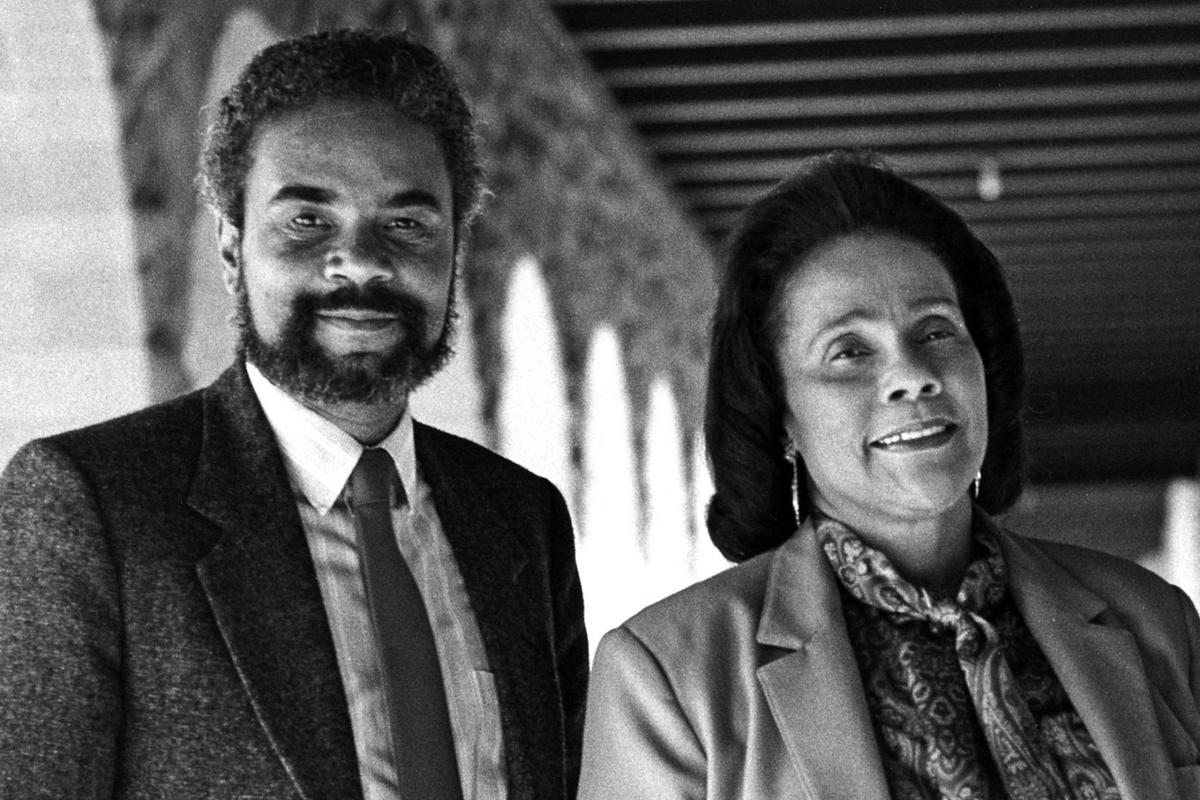 Clayborne Carson and Coretta Scott King pose for a photo in 1986. Stanford University/courtesy 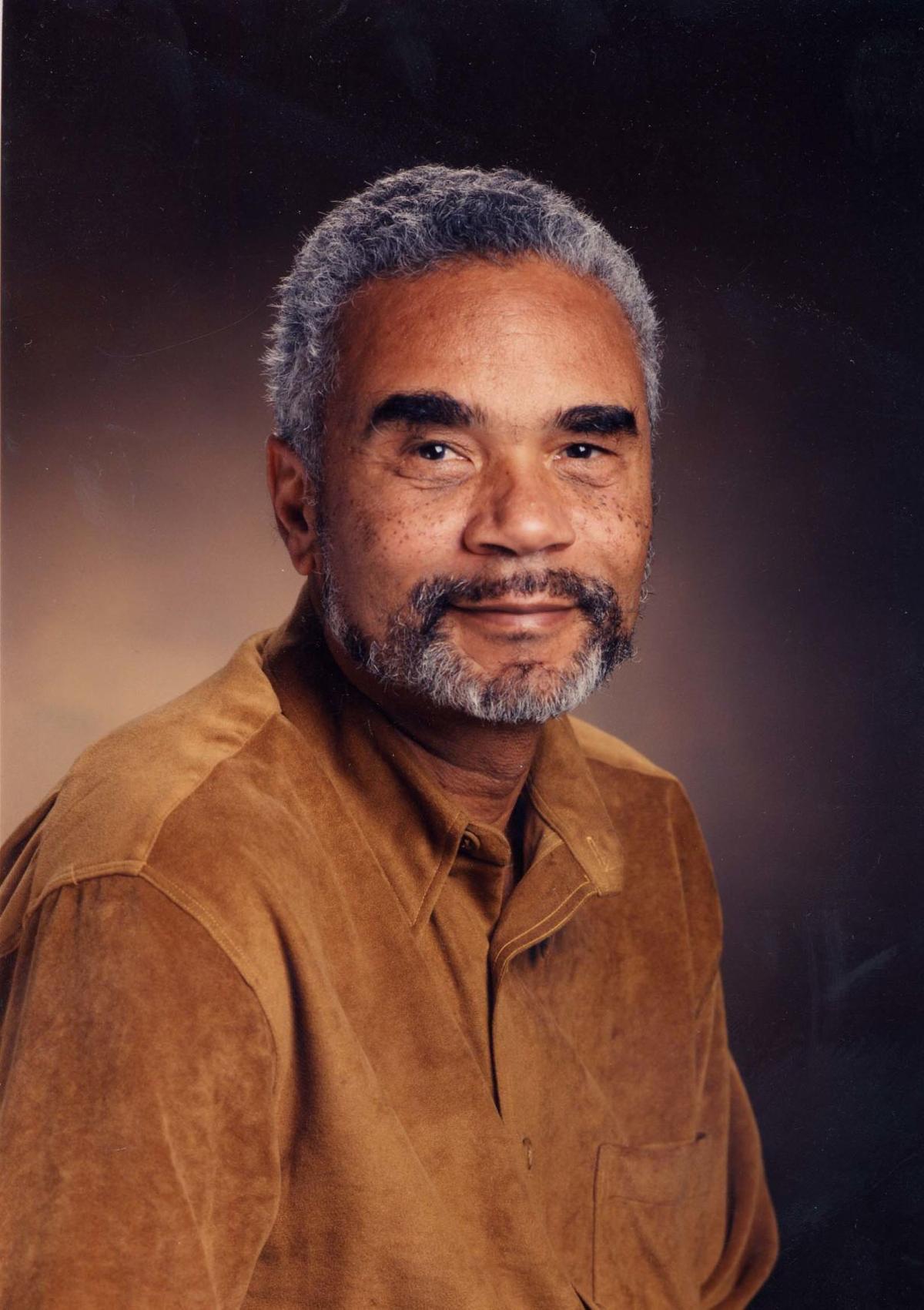 Clayborne Carson’s publications include “In Struggle: SNCC and the Black Awakening of the 1960s,” “Malcolm X: The FBI File,” “The Struggle for Freedom: A History of African Americans,” and a memoir “Martin’s Dream: My Journey and the Legacy of Martin Luther King, Jr.” Courtesy 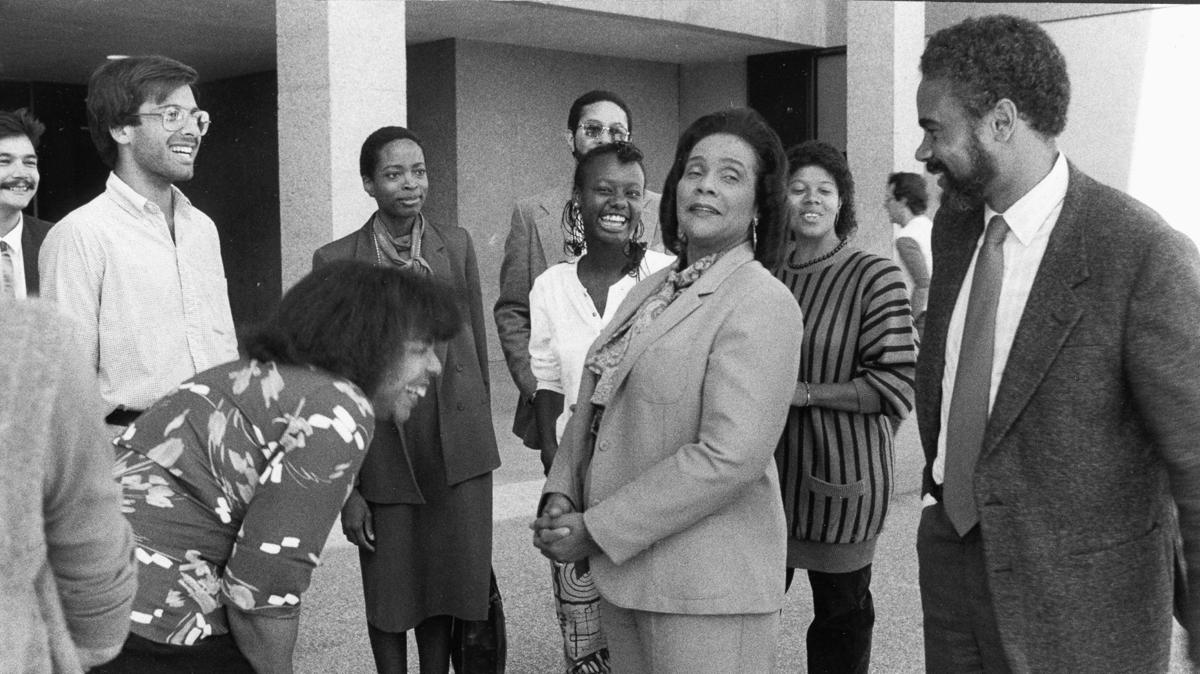 Clayborne Carson and Coretta Scott King pose for a photo in 1986. Stanford University/courtesy

Clayborne Carson’s publications include “In Struggle: SNCC and the Black Awakening of the 1960s,” “Malcolm X: The FBI File,” “The Struggle for Freedom: A History of African Americans,” and a memoir “Martin’s Dream: My Journey and the Legacy of Martin Luther King, Jr.” Courtesy

Aug. 28, 1963 was a long day of speeches. So when it came to the last one on the lineup, Dr. Martin Luther King Jr.’s, one 19-year-old attendee was inspired – but he was also somewhat preoccupied by how he was going to get through the large crowd and find his ride home.

“Well, certainly I did not know I was listening to a speech that people would be talking about 50-some years later,” said Stanford University historian Clayborne Carson as he recalled the March on Washington for Jobs and Freedom by phone from California. “I was probably just one of the many people who wanted to get as close to the stage as possible to see these people – not just King, but entertainers and singers I’d seen on the ‘Ed Sullivan Show.’”

Carson left that event moved, but with no inkling that he’d spend his entire adult life teaching others about King’s work, beliefs and impact. One such lesson will be given at 6:30 p.m. Thursday, Feb. 13, at the Cheyenne Civic Center.

He was already interested in activism as a young man at the “I Have a Dream Speech,” but it wasn’t until he got deeper into his undergraduate studies at University of California-Los Angeles that Carson became a committed participant in civil rights and antiwar protests. According to his bio at kinginstitute.stanford.edu, these experiences had a large impact on many of his later scholarly writings, many of which focus on the importance of grassroots organizing and nonviolent resistance to injustice within the African American movement for equality.

Around 40 years ago, his scholarly works earned him a meeting with King’s late wife, Coretta Scott King. Their interaction was brief, but during an unexpected phone call one evening shortly after, she asked if he’d be interested in editing the papers of her late husband. Carson knew the project would be a huge undertaking, so he didn’t give her an answer right away, but after several discussions, he finally decided to accept the offer.

For the past 35 years, that’s how he’s spent his days: Going through the hundreds of thousands of King documents and preparing them for publication.

Today, Carson is not only the head of the King Papers Project, which publishes King’s sermons, speeches, letters, publications and personal writings, he is also the founder of the Martin Luther King Jr. Research and Education Institute at Stanford University and considered the foremost scholar on the civil rights hero.

“I don’t think I set out to be a biographer, but once I set out to take on this task, I became one,” Carson said. “I have a fascination with who he was. He’s no longer simply the person on the podium. I think at one point in my memoir I talked about getting to the point where I can see through his eyes what he must have looked at (during the march). He’s looking out at the crowd, and some of his remarks were directed at young people like myself (at the time), so I can kind of see what he was thinking at the time.”

These days, Carson travels the U.S. (and often the world – he’s given talks everywhere from China to Israel) to spread King’s teachings, and he said these presentations are not simply reading off notes. His goal is always to find a means to connect with his audience and their background, and find a bridge between their culture and King’s.

“I try to look at the audience and try to think about how they are distinctive,” he said. “I definitely try to not bore myself by giving the same talk over and over again.”

His favorite part of these events, he said, is usually the Q&A sessions he tries to always leave time for at the end. He loves hearing about audience members’ curiosities, and especially enjoys when he gets a question he didn’t expect.

Laramie County Library System Communications Coordinator Kasey Mossey said the Feb. 13 event at the Civic Center will definitely include a Q&A session, because the goal is to offer locals intimate knowledge that they can’t get anywhere else about King.

“We thought this was a fantastic opportunity to bring this history to life in a way that maybe hasn’t been done before in Cheyenne,” she said. “It’s an almost interactive component people might not get from reading a book or watching a documentary. Getting to hear Dr. Carson speak first-hand about how he worked with all these writings and Coretta Scott King … we hope it makes it sound more real and genuine, something tangible for people who would otherwise just read about it.”

This is particularly important, Mossey added, because Laramie County is a rural community that doesn’t always have easy access to the cultural and historical offerings found in more urban areas, such as Denver.

“We try to bring part of the world to Cheyenne for those in Cheyenne that can’t go out to the world,” she said. “We know not everyone can travel to Stanford University and hear Dr. Carson speak in person, so our goal a lot of the time is to bring these cultural and historical pieces to the community.”

Thanks to a generous donation, the library was able to work with the Laramie County Library Foundation to make this event possible. Library staff first reached out to Carson’s agent more than a year ago to get the talk booked, but Mossey pointed out that it’s just one piece of a larger January-February Black History Month celebration that’s been in the works for quite a while. The programming includes other events, such as the “Back to the Source: Black History Exhibit,” “Empire: A Community of African Americans on the Wyoming Plains” exhibit and a discussion of the film “Josiah.”

As for his program, Carson said his goal is to teach people something new about a huge historical figure that everyone already studies in school – a new piece of a history he’s now a part of.

“When I was at the march, I was 19 years old and knew literally no one in the crowd. I was by myself,” he said. “It’s interesting that in the years since, the people who were up on the platform with him have become acquaintances of mine.”

What: A Dedication to the Dream: Dr. Carson’s Pursuit of MLK’s Vision