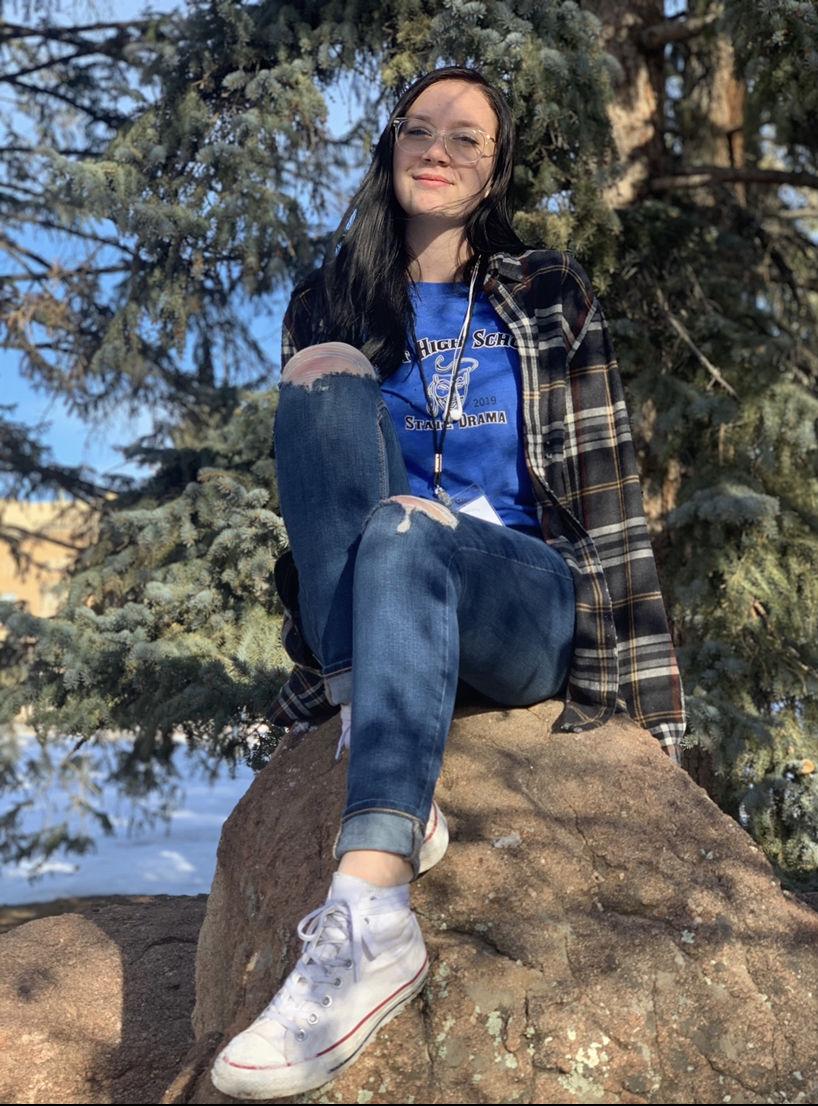 Last year, Cheyenne East High rising senior Emma Rudell opened a message from her mom encouraging her to apply for the Breaking Through! Musical Theater Intensive, a workshop and performance opportunity for high schoolers with blood disorders.

The intensive was run by Believe Limited, an agency focused on “creating educational, inspirational and deeply impactful digital content, live events and more … with a deeply-rooted focus in hemophilia and bleeding disorders,” according to its website.

Rudell was diagnosed with Von Willebrand disease, a bleeding disorder in which your blood doesn’t clot well, when she was 8. As a student performing artist, it seemed like the perfect opportunity to get to know other young theater-lovers who also live with a similar disorder.

She wasn’t chosen as a participant in 2019, but this winter, Rudell tried again. She sent in a tape of herself singing pop artists Jeremy Zucker and Chelsea Cutler’s “You Were Good to Me,” and it did the trick (along with her written answers to the questions “What’s your musical theater experience?” and “How do you think the musical theater influences the bleeding disorder community?”).

Rudell was one of 24 American high schoolers chosen to participate in the workshop, which was scheduled to run from June 5-7 in Chicago, culminating in a live performance of an original musical. It has since become “Hemophilia: The Zoomsical!” due to COVID-19 concerns.

“I was disappointed, I really was. I wanted to do it in person, and I’ve never been to Chicago,” Rudell said of her initial reaction when the cast was alerted this spring that everything was moving online. But she was quick to add that she’s ultimately thankful that it became a virtual opportunity, rather than being canceled.

Rudell has been acting since she was in seventh grade, and she just started doing musicals a couple years ago when she joined the casts of Cheyenne Little Theatre Players’ “Shrek the Musical Jr.” and East’s production of “Bye Bye Birdie.” She’s also been in choir most of her life and is a member of East’s speech and debate team, so she’s had her fair share of public performance and speaking experience.

That’s why learning her lines for this show was no problem – Rudell said she memorized them all in a single day – but the challenging part was learning how to rehearse via a webcam with a bunch of complete strangers from all over the country.

Every rehearsal was conducted over a large Zoom call that included all 24 cast members, in addition to the directors, so Rudell said it was sometimes difficult to communicate as effectively as she would if she were in the same room with her peers.

Although it was hard to gauge the body language her castmates were trying to convey, Rudell said that was a small price to pay for such a positive experience.

“It’s rewarding being part of something that could possibly make a difference in someone’s life, and to help educate,” Rudell said of the musical, which tells the story of a high school freshman who doesn’t want to tell anyone about his bleeding disorder. “Our community – nobody really knows about it, so just education is really good, and just getting to know (the cast) was so fun.”

After what became a 3½-month-long masterclass series and rehearsal period, the final product is a filmed musical strung together via recorded Zoom calls between the cast that anyone can watch at 6 p.m. Friday, July 31, on Facebook. Although the actors swapped fancy sets for blank walls and will be wearing the same T-shirt, rather than costumes, Rudell said she’s confident it will turn out well, and she’s excited to watch it come together.

features editor. She can be reached at nkottmann@

Where: www.breakingthroughhemophilia.com (the top of the page will redirect you to the Facebook page where the musical video will be played)