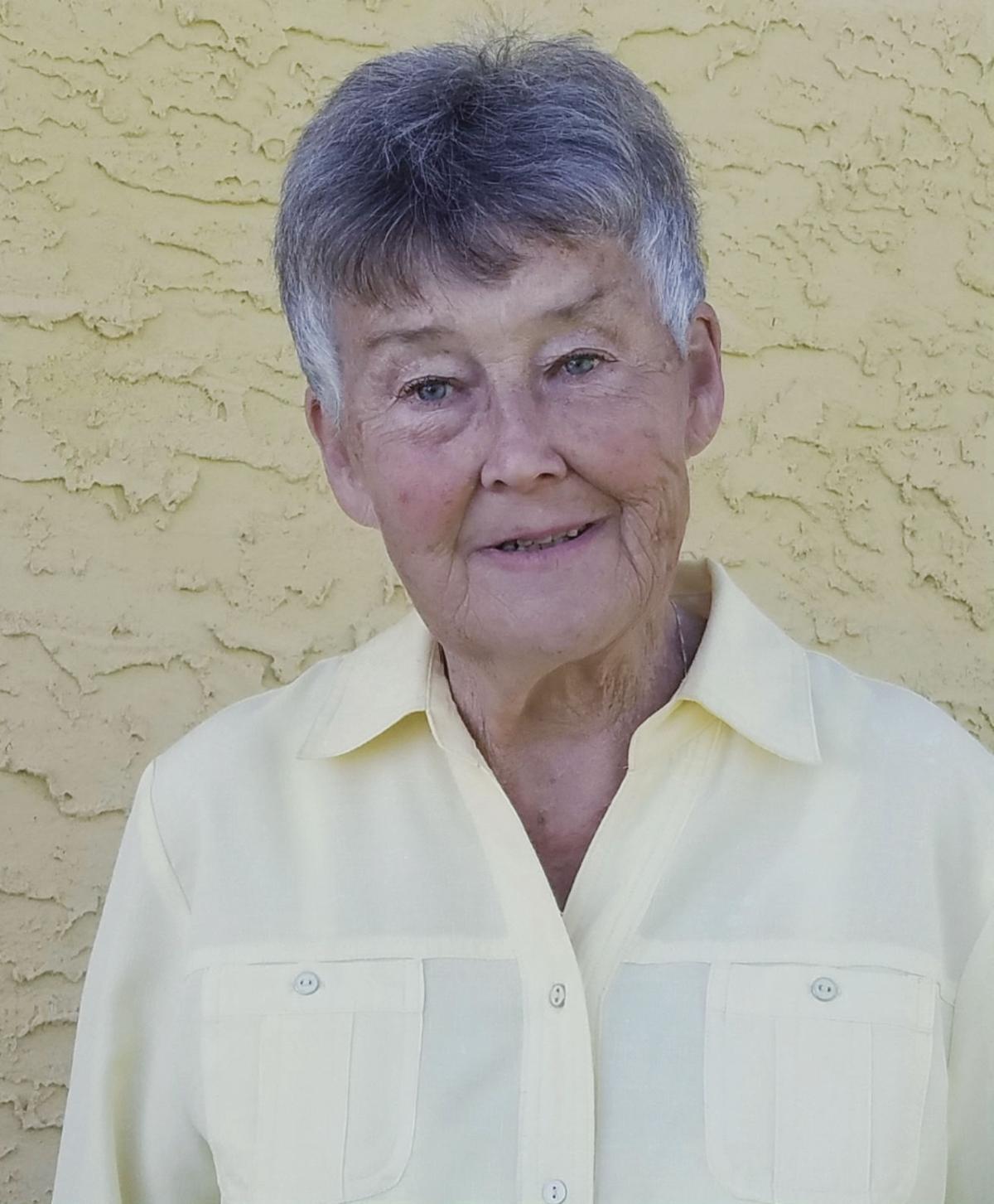 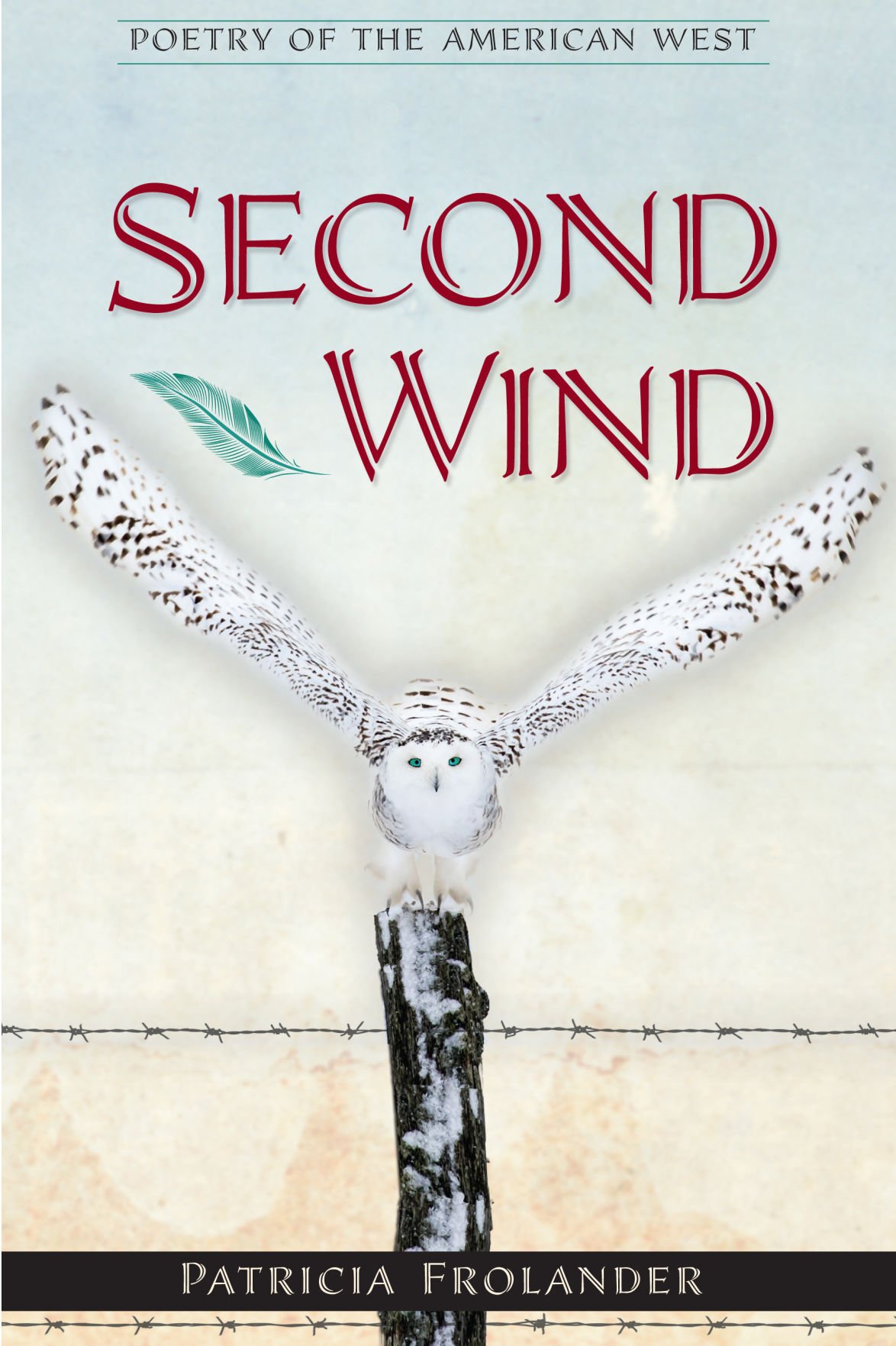 Patricia Frolander never expected to run a ranch. But the Boston native moved to Denver as a teenager, and that’s where her life changed forever. She met her husband, Robert, in the Mile High City, and they lived there for several years before moving to his family ranch in Sundance, Wyoming.

“He was raised here and was a wonderful teacher,” said Frolander, Wyoming’s fifth poet laureate. “I’d never seen this lifestyle, and it was quite an adjustment. But I fell in love with livestock production and caring for the land, and that continues to sustain me.”

Three-and-a-half years ago, Frolander lost her husband to heart disease. She couldn’t bring herself to write for the next year and a half, but when she finally sat down at her office chair again, she crafted the poems in her latest book, “Second Wind.”

The name of Frolander’s fifth collection of poetry is reminiscent of this stage of her life. She can’t do as much on the ranch these days, and writing has gotten harder over the years, but she refuses to let herself get into a slump. For Frolander, writing is what reminds her of all the happy aspects of life – and what helps her make peace with the pains.

“I not only lost my beloved husband, but I lost my profession, as well, because of my age,” she said. “There are just some things I cannot do anymore, so I had to find a way to adjust and to still find joy in living.”

Writing has always been an outlet for Frolander. Although she never received formal training, she found time to write poetry between the “cracks of life” (a phrase she borrowed from South Dakota writer and rancher Linda Hasselstrom) while raising her three children. Eventually, she found a writing group in her current area that helped her to become the poet she is now.

Nowadays, she finds much more time to put pen to paper. Surrounded by the beauty of the Black Hills, Frolander said she remains inspired by her surroundings daily.

Poetry helps her feel useful, like she maintains a purpose, even though that purpose has evolved over the years as her children and grandchildren have grown and her previous ranching duties of calving, fencing and haying have been exchanged for more of a managerial role.

“It’s when the muse strikes,” she said of when the writing process starts. “I, at one time, was trying to write every morning. When I rose, I would try to sandwich it in between the labors of the day, but I find that my best writing happens simply when I see something or a memory causes me to reflect.”

It could be an audible memory shared between loved ones over dinner or a flash of nostalgia when driving down the highway – whenever something feels like it’s yearning to be written about, Frolander tries to get to her desk as soon as possible.

What most people don’t realize once they read her work, she said, is how much editing goes into it. Writers are only as good as their editors and publishers, and she’s beyond thankful to have worked with many who’ve bettered her.

“It takes quite a process to refine a poem where I feel it might be adequate to share with someone else,” Frolander said. “Some people make it seem so simple and so easy – now and then, I’ve been blessed to have maybe five poems that came in their entirety to me, and I sat down and penned it and it remained fairly close. … There are many people who make the journey complete.”

Frolander mostly writes for herself, but when it comes to her collections, she said her goal is usually the same.

“I’ve always said that if the reader finds at least one poem that touches them in some way, perhaps through a memory of their own, a reflection of their own life, that’s a goal,” she said. “(For this collection) I was hopeful that readers might take away that even though you go through grief, you must be determined to find life worthwhile.”

As someone who is no stranger to grief – Frolander lost her mother at a young age and her grandson shortly before her husband – the last two lines of her poem “Hollow” seem to accomplish that goal:

“Is it possible to wear down pain, walk it into the ground?

How long until sunlight melts the icy hallow in her heart?”

features editor. She can be reached at nkottmann

What: "Second Wind," a poetry collection by Patricia Frolander