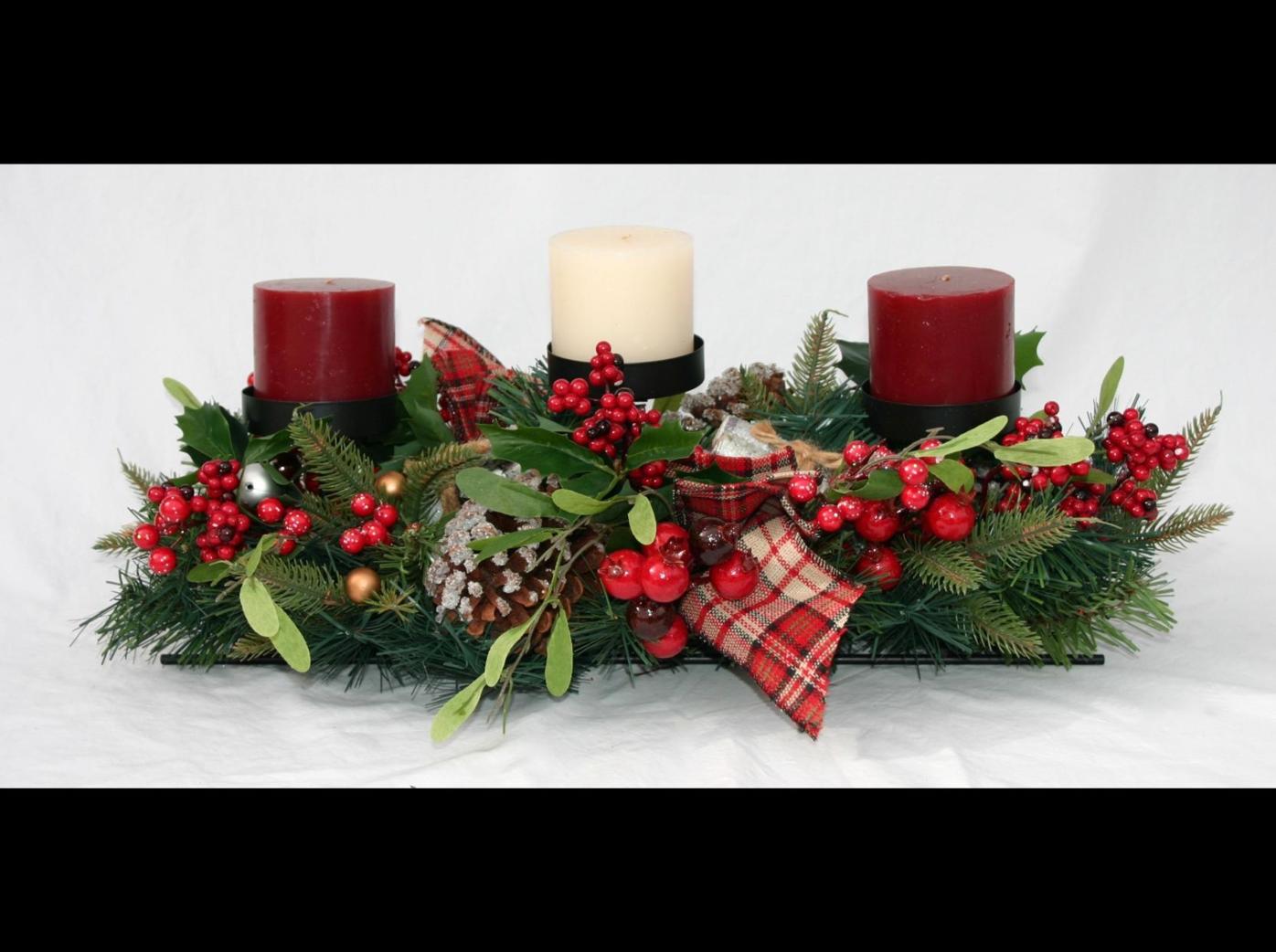 The current bid for this handcrafted centerpiece/three-candle holder, 21” X 9,” starts at $30. Courtesy 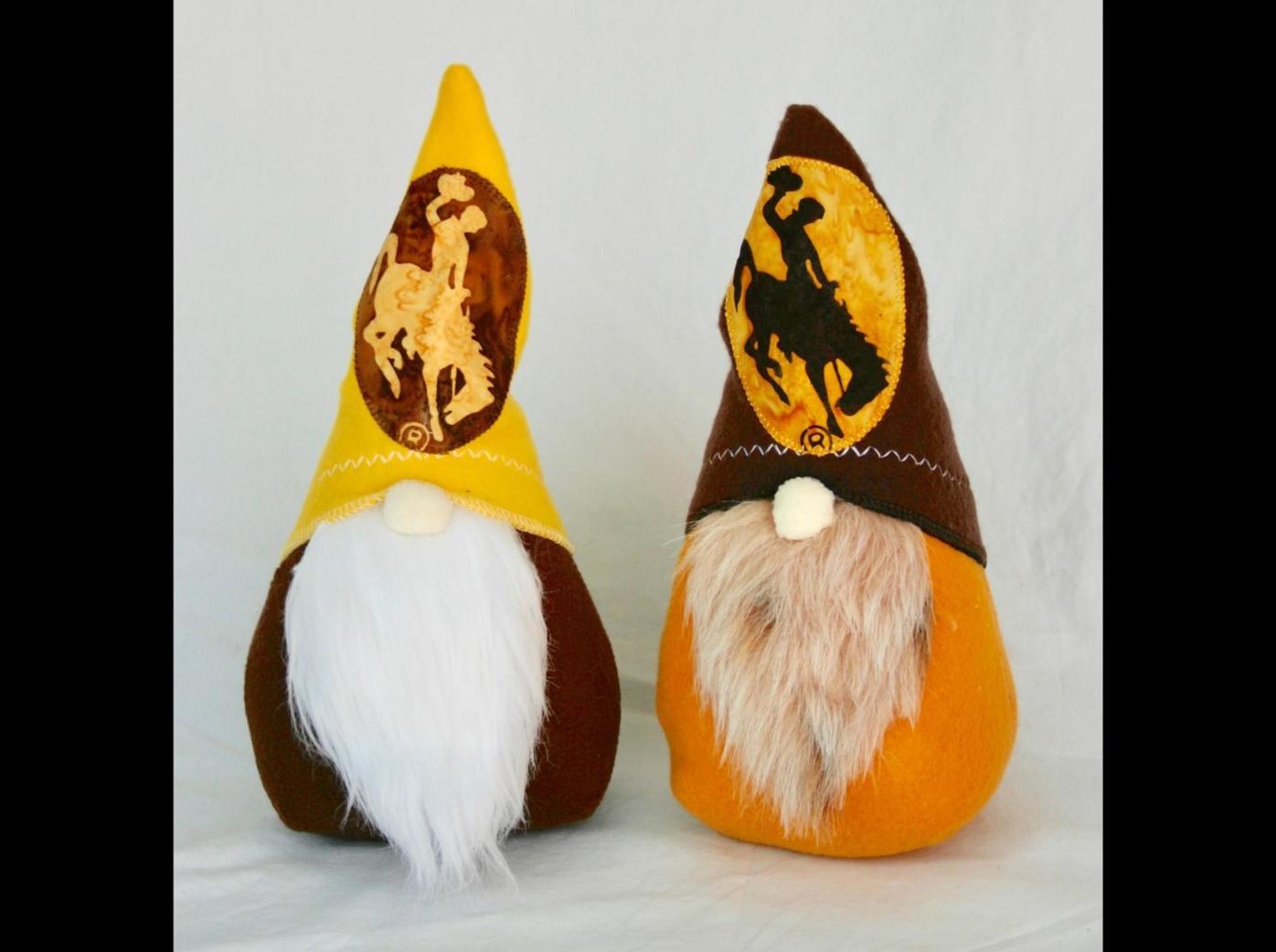 There are currently nine bids on these two brown and gold felt weighted gnomes with the Steamboat horse on their caps. Courtesy

The current bid for this handcrafted centerpiece/three-candle holder, 21” X 9,” starts at $30. Courtesy

There are currently nine bids on these two brown and gold felt weighted gnomes with the Steamboat horse on their caps. Courtesy

It’s ironic that “Home for the Holidays” was the theme of the 2019 GFWC Women’s Civic League of Cheyenne Christmas House. This year, we’ll all be spending much more time at home throughout the holiday season, so the Women’s Civic League decided to adapt its beloved fundraiser so it could be accessed without leaving the house.

In July, even though a house had already been selected for the annual event, the group decided to pivot to an online auction and bake sale. Members didn’t want to take any risks during the COVID-19 pandemic, and chairs Kelly Dalton and Heather Dodson recently agreed they’re happy with the decision – particularly as Laramie County’s case numbers continue to climb this month.

“Our members who volunteer at Christmas House, they’re a pretty vulnerable age group, so that was one of our decisions – how can we logistically keep everything COVID clean and safe?” Dodson said. “Kelly and I decided we just couldn’t do it safely.”

It was a decision that didn’t come easily, Dodson added, but making it earlier, rather than later, allowed the league ample time to prepare and inform its members so they could still rally the support they needed. In the event’s 51-year history, it’s never gone virtual, so the chairs knew they were in for a challenge (or rather several of them) for the 52nd annual.

“One of the big ones was the bake sale and talking with the health department to know how we could do it in a safe manner,” Dalton said. “So we’re doing it in individual kitchens with a lot of COVID precautions, and it’s a lot smaller this year.”

The bake sale features everything from peppermint bark to baklava, and it’s currently open for online bids through Dec. 1, but the chairs suggested acting fast because items are becoming increasingly limited. On the auction side, Dodson said she’s particularly excited that they were able to snag a weeklong stay for eight adults at GC Resorts in Branson, Missouri. Other items include handmade ornaments, wreaths, centerpieces and other decorative items, and bidding for these items closes Dec. 5.

There’s also a raffle that features two gift card trees and a quilt.

Winners from the auction, bake sale and raffle can pick up their items between 9 a.m. and 5 p.m. Dec. 7 and 8 at 1748 Hackamore Road, and the process will be entirely contactless. As soon as they park outside the house, a volunteer will get their name, retrieve the item(s), and either ask them to open the trunk or unlock the back doors so they can place their item(s) in the vehicle.

All baked goods are made-to-order, so they’ll be fresh the day of pickup. The chairs also noted that the volunteers conducting the contactless pickup will be a small masked group of younger women to ensure that fewer people are put at risk.

More than $1.5 million has been returned to the community throughout the more than five-decade-long history of Christmas House, and this year’s goal is still to give back to as many local nonprofits and fund as many scholarships as possible.

“Our organization was just really helpful and really supportive and said to go ahead and make sure that we had a Christmas House 2020, even if it was an online auction,” Dalton said. “Because it just helps the community so much. We probably won’t be able to give as much this year as in years past, but we’ll still be able to give back.”

Dodson agreed, adding that it was particularly important to continue the tradition during a year when nonprofits have had to cancel their own in-person fundraisers.

“We knew that there was going to be such a large community need this year,” she said. “We’ve done it for 52 years, so it was really important to me that we were still able to give back.”

When: Bid online now through Dec. 1

When: Bid now through Dec. 5