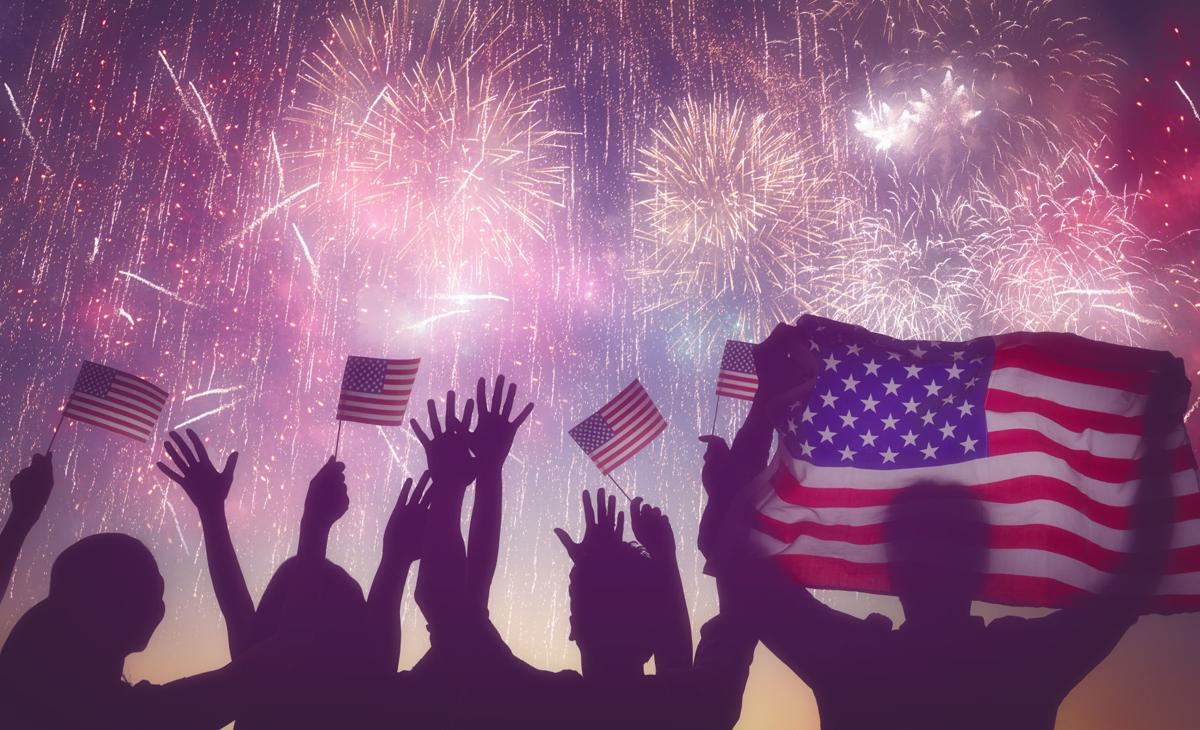 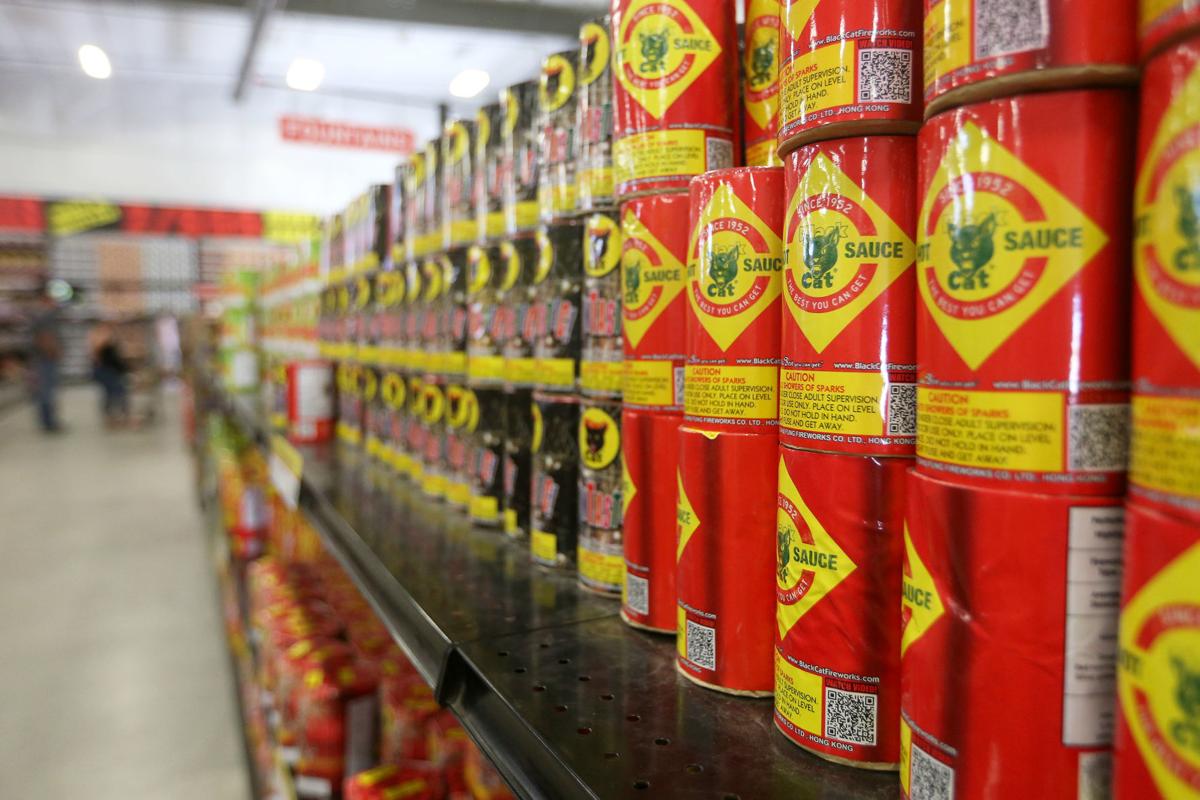 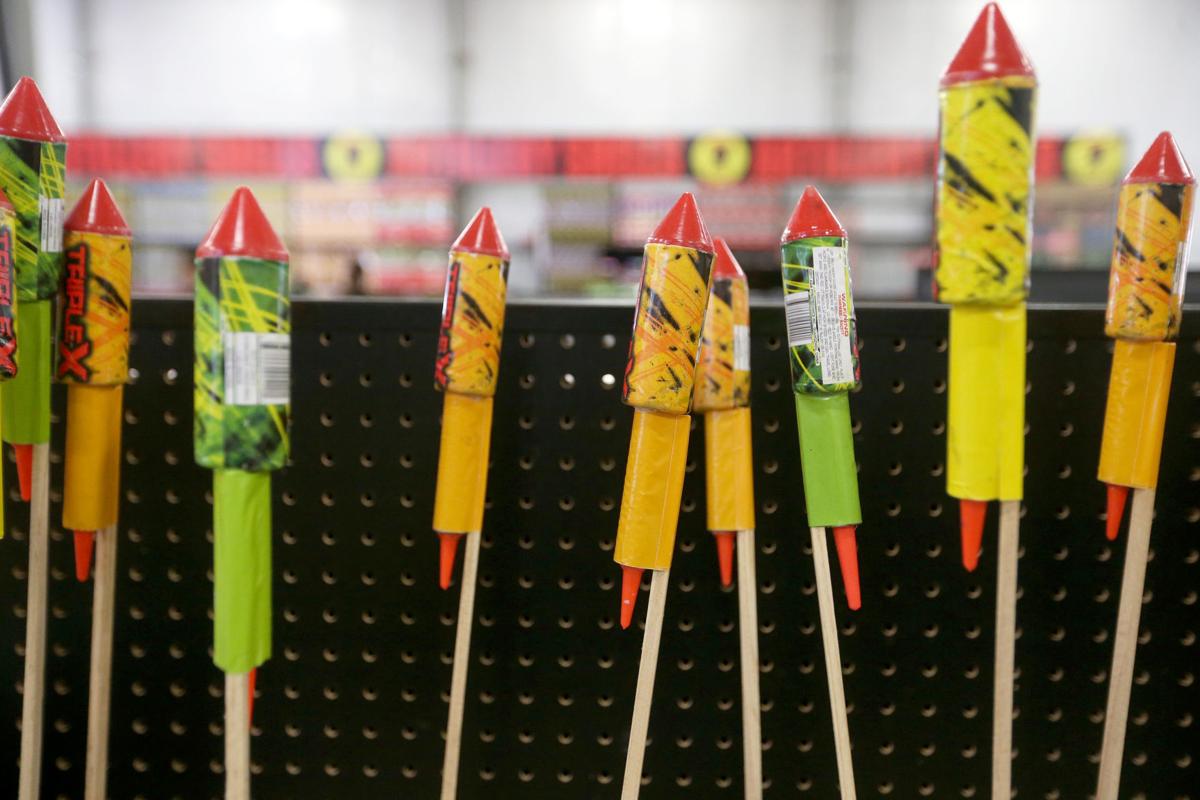 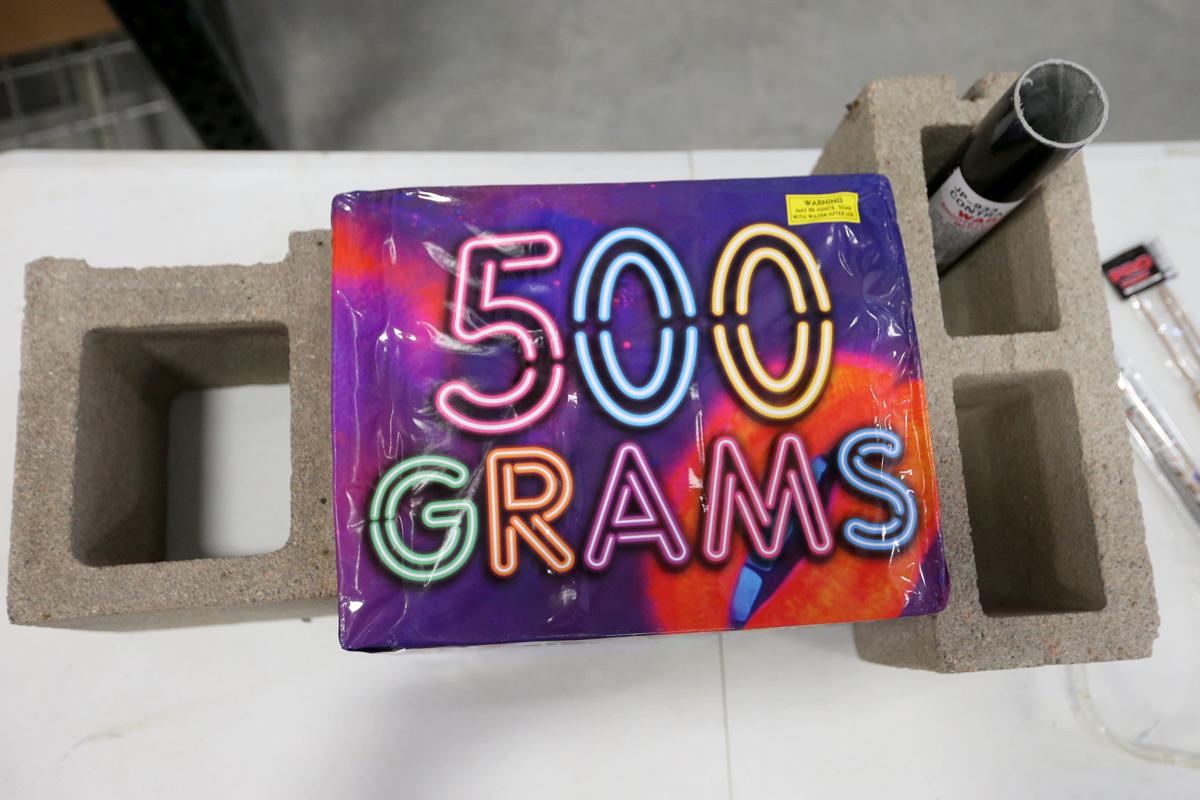 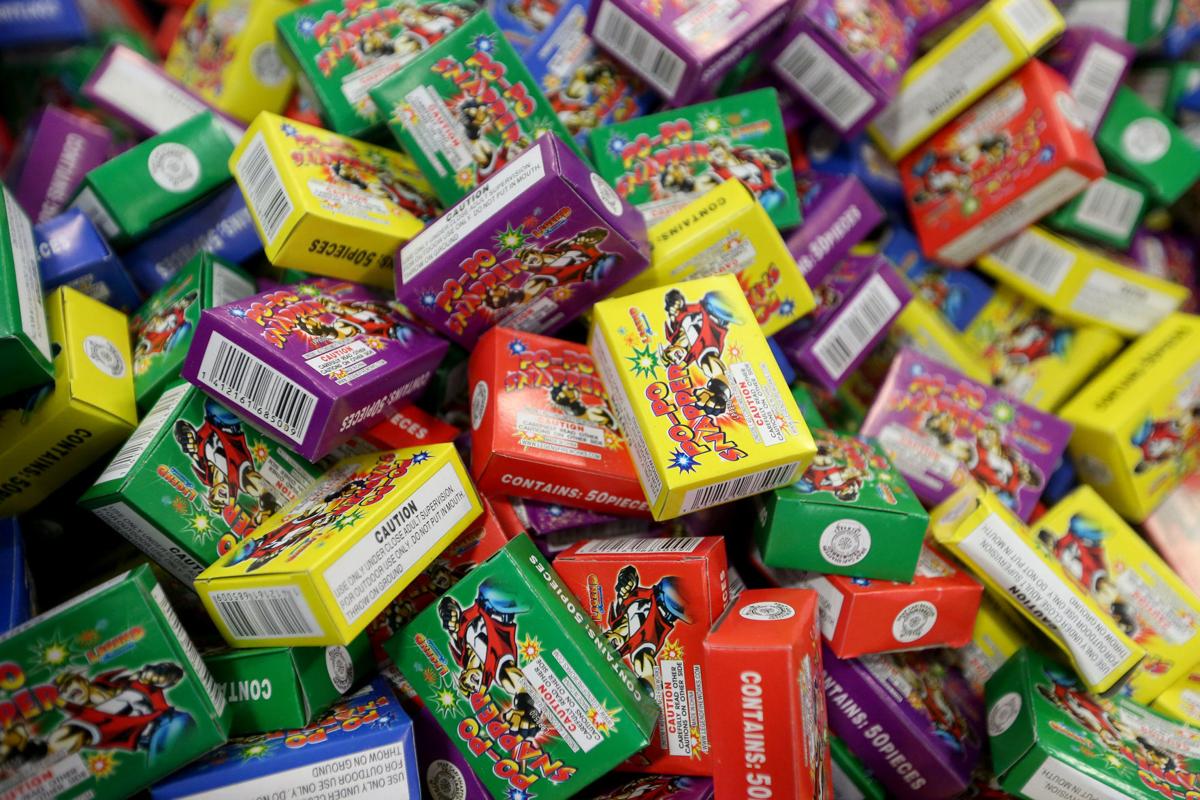 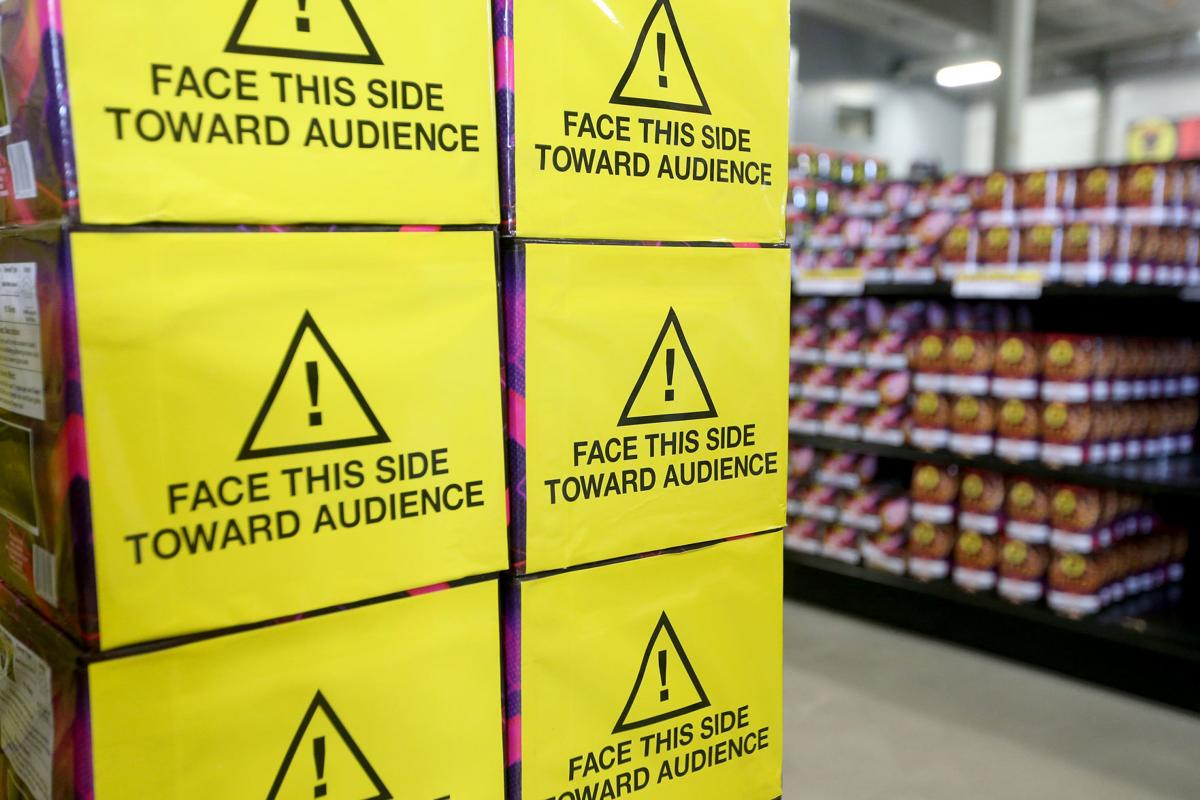 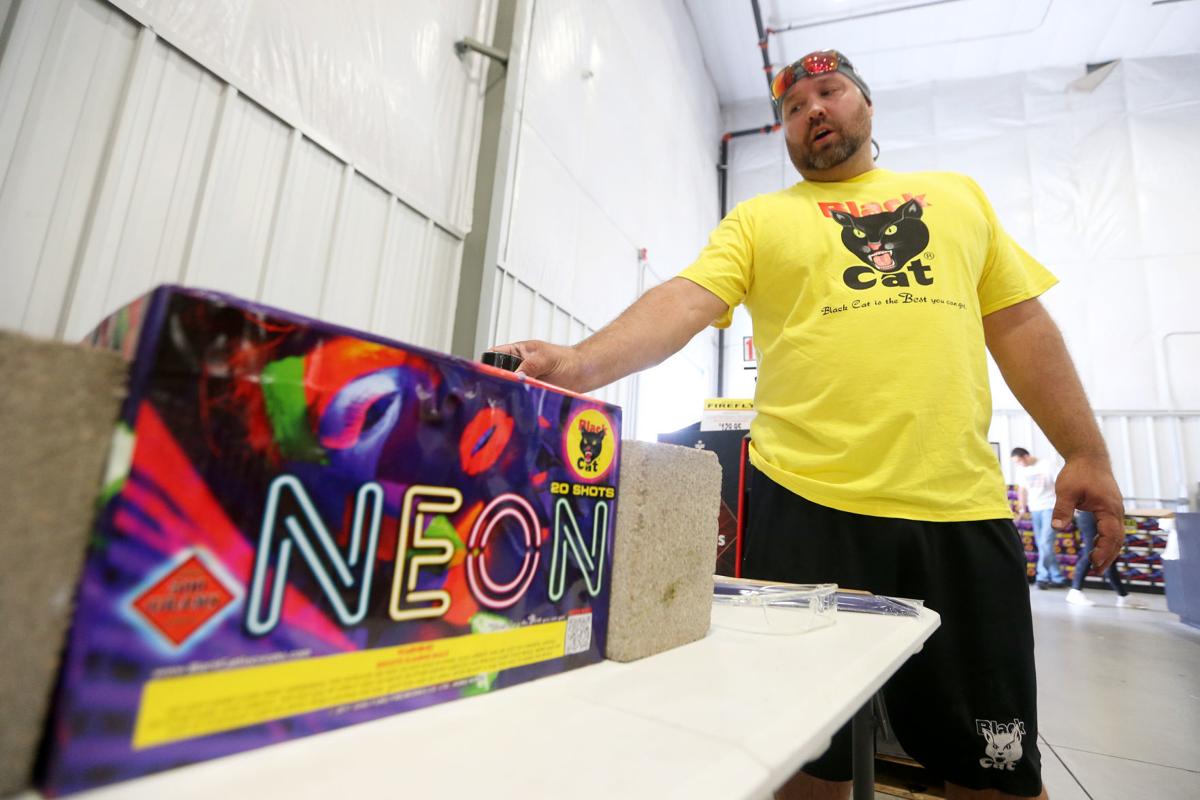 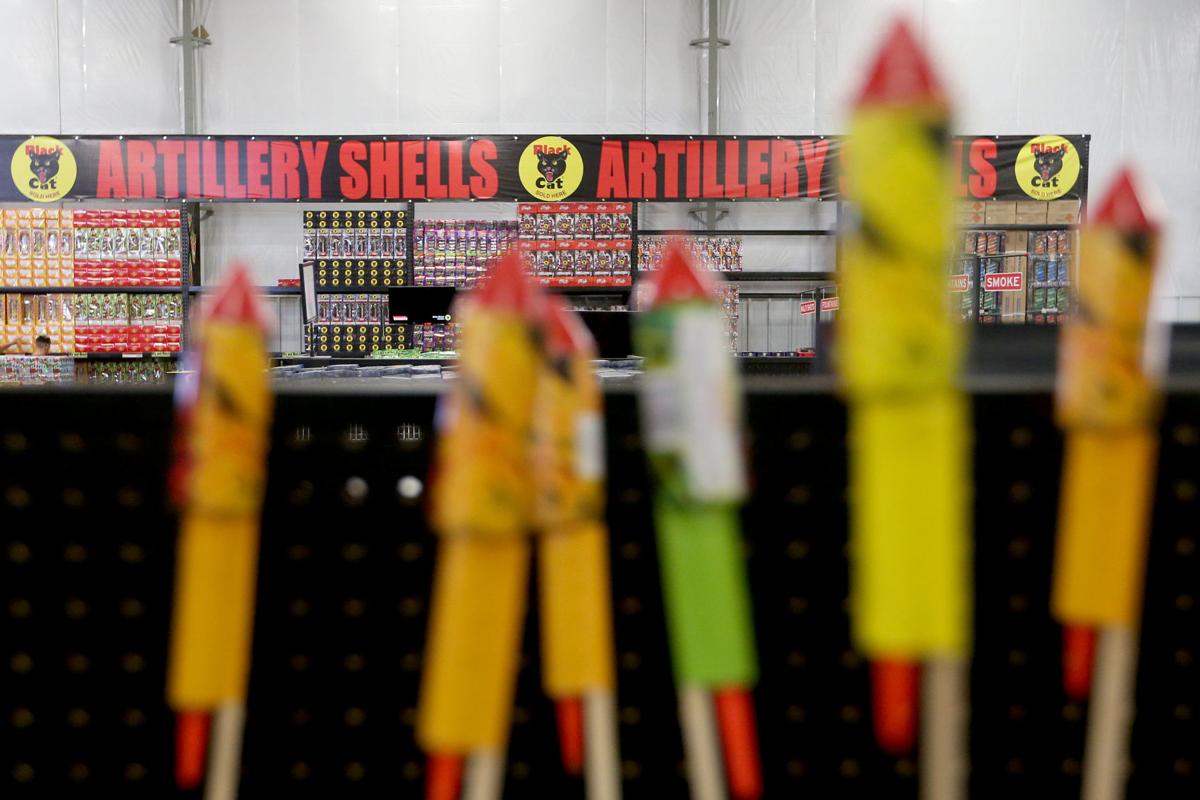 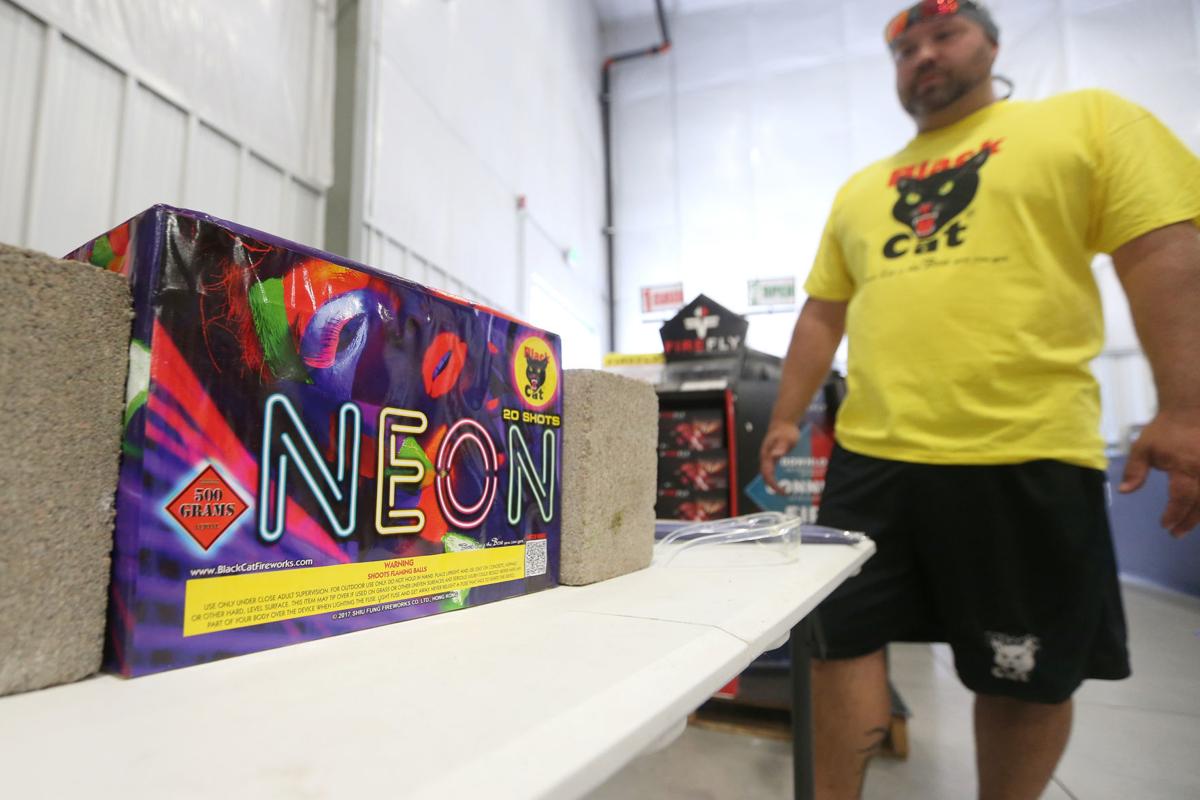 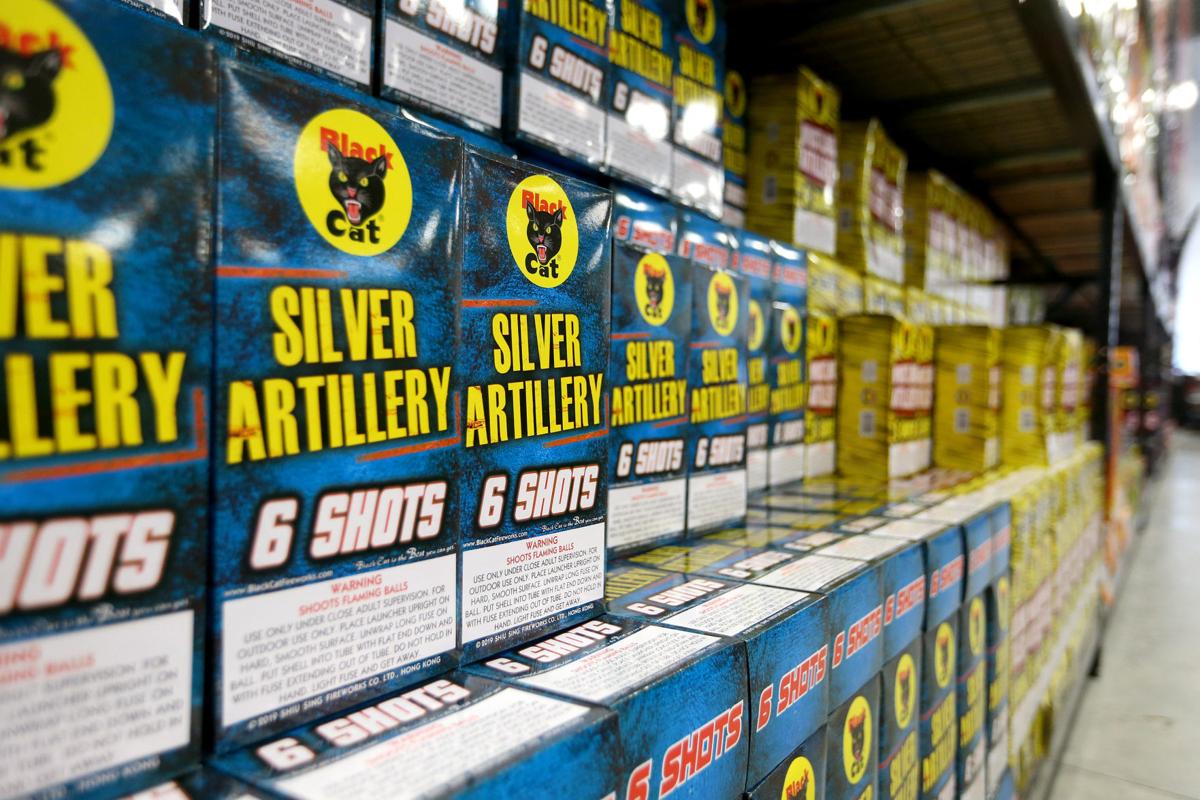 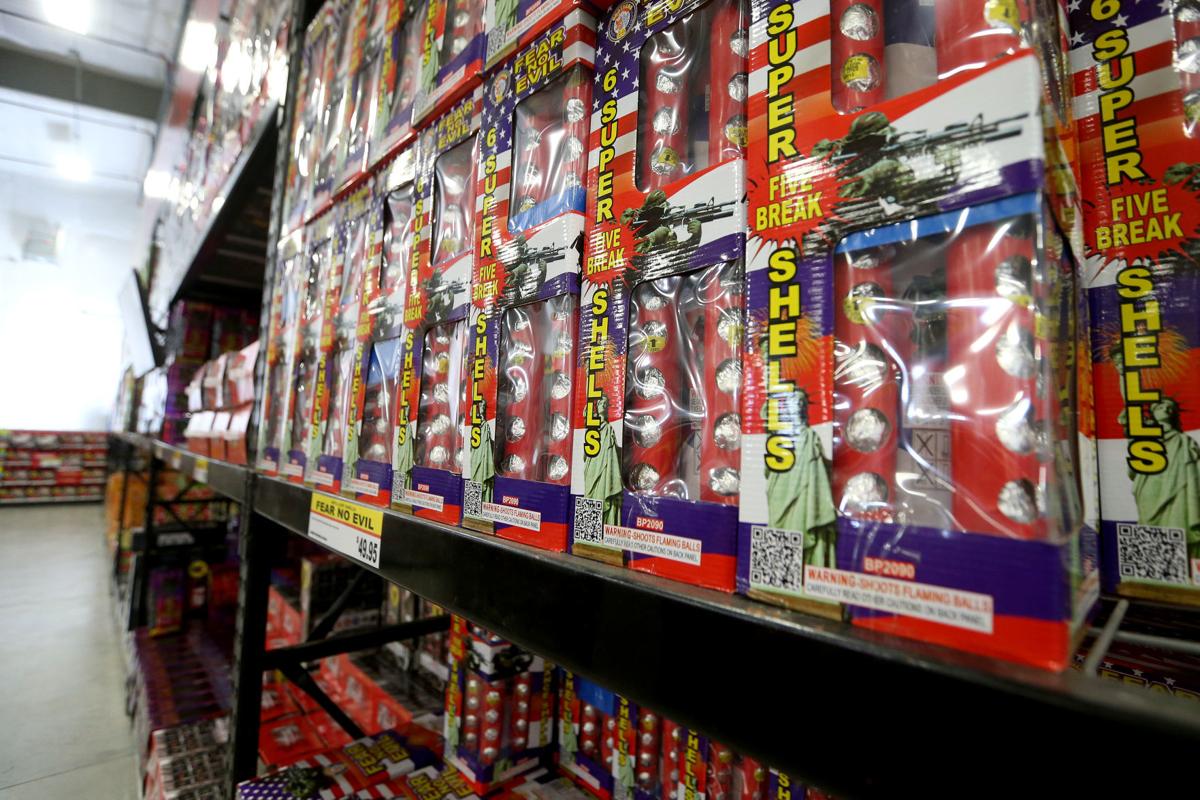 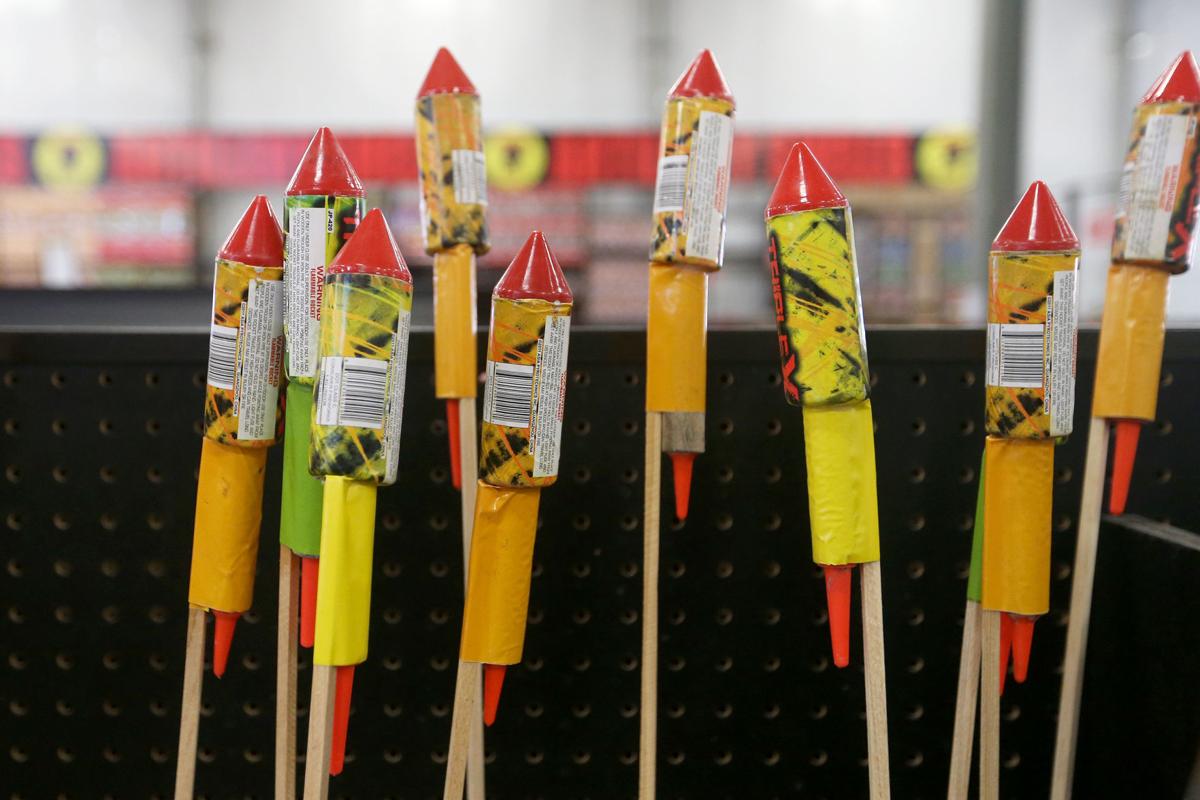 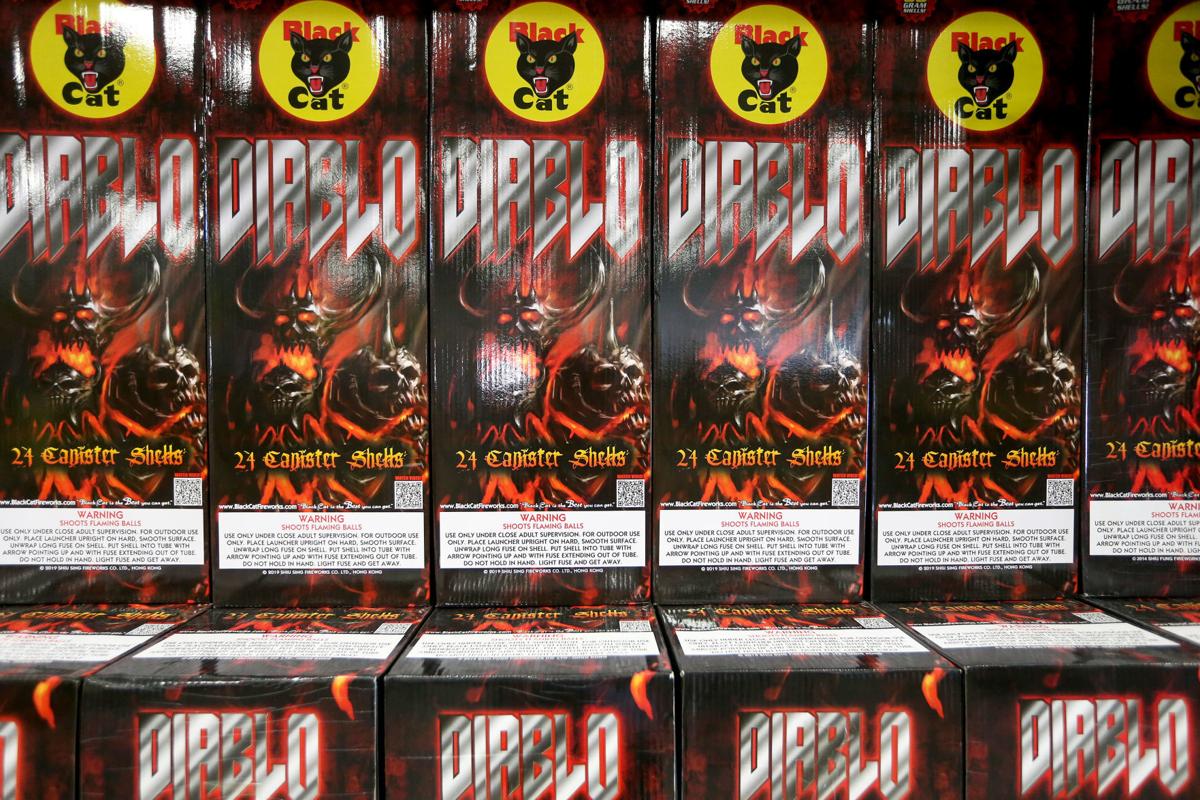 We get it. You want nothing more than to fire up the grill, crack open a cold one, and have all your friends and family over for a good, old-fashioned cookout this Independence Day. You’ve all been apart too long, and the holiday seems like the perfect chance to gather again.

But there’s still just one pesky problem sticking around, and that’s the same reason you were discouraged from having anyone over all spring. With COVID-19 cases rising in Wyoming, it’s hard to feel comfortable treating this Fourth of July like we normally would, so here are some ideas for how to stay healthy – and safe, seeing as pyrotechnics are involved – next weekend.

The “Daddy of 'em All” is canceled this year, but that doesn’t mean the Cheyenne Frontier Days team would let you celebrate the Fourth of July without a little rodeo-style pageantry.

This year’s annual CFD fireworks display will still take place, but with a few changes. Frontier Park won’t be open for viewing, but the group has designed the 2020 show to maximize aerial displays for visibility from all over the city. That way you can get a small group together to watch at home or on your nearest neighborhood hill, or you can watch from Carey Avenue (which will be closed to vehicle traffic) or Lions Park (which will be open to foot traffic only). The Wyom- ing Department of Transportation and Laramie County School District 1 will also open up their parking lots for those who wish to view the show from another location.

For those who want to get away from the capital city for the holiday, head over the hill and en- joy Laramie’s 2020 Fire in the Sky Annual Fireworks Display, hosted by the city government and visible from all over downtown.

Make your own show (safely)

It’s no secret that those who like to play with fire love Independence Day, and according to the American Pyrotechnics Association, fireworks sales are up this year due to cancellation of public displays.

Pyro City manager Ben Laws estimates that because of the pandemic, more families will be nervous about heading to the public gathering spots for displays that haven’t been canceled. Many of those people, he believes, are thus turning to stores like his to prepare for a home display.

But that might be illegal, depending where you live. In Cheyenne, city ordinances prohibit the use of most fireworks, except sparklers and smoke bombs, but even those are prohibited on public property. Violators could be subject to a $225 fine.

Outside of city limits in Laramie County, the only restrictions are that residents may only light fireworks on their own property and can’t set them off from roadways.

Those who need a safe place to shoot off their locally purchased fireworks can head to the 2020 Fireworks Safe Shoot Site from 8 p.m. to midnight July 1-4 at 2275 W. College Drive (I-25 and exit 7, about a half mile east of the highway). This site is sponsored by the Fireworks Retailers of Laramie County, and only those who have purchased their fireworks from Pyro City Fireworks, Black Cat Fireworks Outlet, Phantom Fireworks and USA Fireworks will be given a shooter permit (which admits one shooter and three guests).

Shooters must be over 18 and must read and sign the back of their shooter permit to have at the ready when they arrive. Only 30 groups will be allowed on-site at a time, and users are encouraged to shoot everything off within a 30-minute span so as many groups can use the site as possible.

Another crucial rule for the site is absolutely no alcohol is permitted on the premises.

Because of the danger of shooting off fireworks close together, the shoot boxes are already spread out as per standard safety regulations, but Laws thinks that will also help promote social distancing. Portable toilets will be spread out at the site to also maintain a 6-plus-feet distance between eventgoers, and a local nonprofit will be running a food truck that will ask its customers to keep their distance when in line, as well.

As for other safety measures, Laws said to remember that only one person should be shooting off fireworks from every group, and everyone else in the group needs to stay at least 50 feet back to observe. It’s also imperative not to take your eye off the display if you’re the shooter.

“You typically don’t want to turn your back on the firework after you light it, you want to walk away from it backward, so you always know what’s going on,” he said.

Laws said some of the most common mistakes people make when it comes to fireworks safety is not having a bucket or garden hose at the ready in case anything goes wrong. He also suggests that at any shooting site, firework users utilize a punk (a smoldering stick used to light a firework fuse), safety goggles and two cinder blocks to hold the firework upright before lighting it.

He also said it’s crucial that if you’re setting off fireworks, you know what kind you’re using and how to use them properly. Check the name of everything you have before you shoot it off, and make sure to read the instructions thoroughly.

Not so keen on leaving the house on such a historically busy day? Thankfully, there are plenty of ways to celebrate the Fourth of July from the comfort of your own home.

For music (and history) lovers: Tune in to Disney+ starting July 3 and you can stream what’s come to be known as “Hamilfilm,” a live recording of “Hamilton” performed four years ago at The Richard Rodgers Theatre in New York with most of the original cast. What better way to celebrate Independence Dance than by learning about the tragic, yet fascinating backstory of one of America’s founding fathers?

For foodies (and/or booze fans): Even though you might not be able to have a huge party this year, you and a few close friends or family members can still enjoy each other’s company over a patriotic meal. Search for the article headlined “25 All-American Eats Made For The Fourth Of July” on www.delish.com to find recipes for everything from a cheese flag to a “Red, White & Blitzed” party shot.

For fashionistas (or those with a sense of humor): Gear up for an America-themed fashion show. Whether you want to compete to see who can find the oldest Fourth of July Old Navy T-shirt or you’re curious who can come up with the silliest patriotic outfit for dad to wear made of household items, it’s time to set up a makeshift runway in your living room (or backyard, weather-permitting) and go wild.