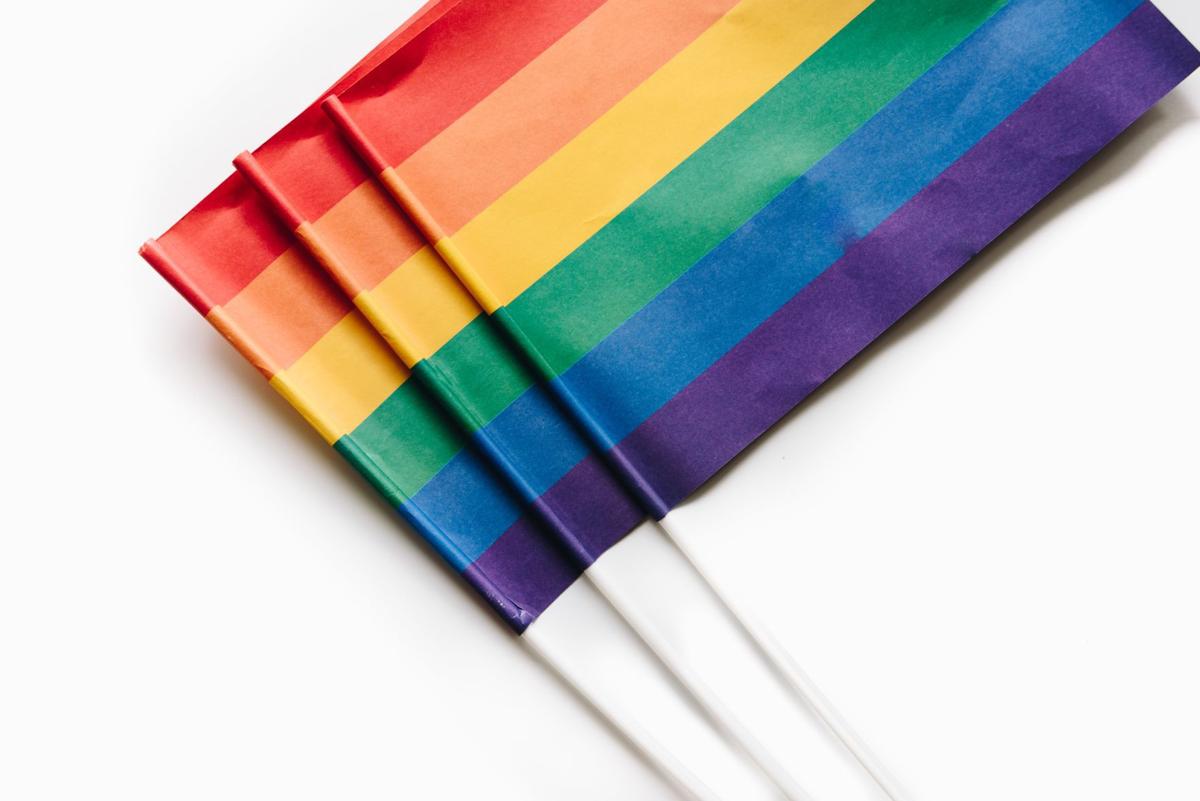 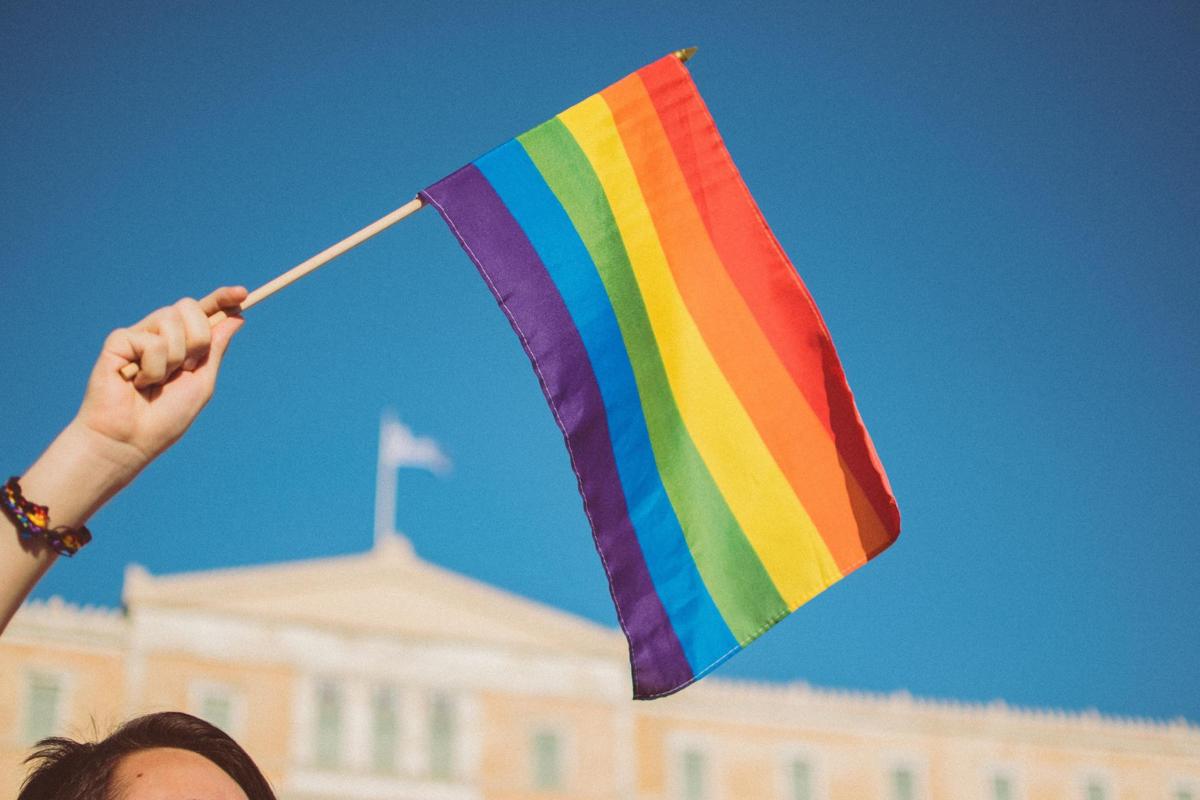 Pride Month is about much more than a rainbow flag. This year, many members and supporters of the LGBTQ community are reminding others how Pride began – a protest and eventual riot not unlike the scenes that have dominated the news cycle throughout this month.

This year, just like all celebrations, Pride will be different. Most marches across the world are canceled due to the COVID-19 pandemic, perhaps the most significant of them NYC Pride 2020, which would have been the 50th anniversary of the New York City march.

But especially after this week’s 6-3 decision of the Supreme Court that federal law, which prohibits discrimination based on sex, includes sexual orientation and gender identity, the celebration must go on. And we’ve got some ideas for how you can celebrate.

First, if you’re an ally of LGBTQ folk or a new member of the community and you don’t know the history of Pride, do a deep dive into how this all began.

Last year was the 50th anniversary of the Stonewall Riots, an uprising that started early in the morning of June 28, 1969, when police raided a gay club called the Stonewall Inn in New York City’s Greenwich Village neighborhood.

“The raid sparked a riot among bar patrons and neighborhood residents as police roughly hauled employees and patrons out of the bar, leading to six days of protests and violent clashes with law enforcement outside the bar on Christopher Street, in neighboring streets and in nearby Christopher Park,” says History.com. “The Stonewall Riots served as a catalyst for the gay rights movement in the United States and around the world.”

Although Stonewall is the event most people associate with the start of the movement for LGBTQ rights, less is taught about the people who were fighting for equality before the riots, and those who led the riots but are often kept out of the narrative.

Here are some pre- and post-Stonewall activists and events to read up on this month (and we recommend heading to the National Archives’ LGBTQ Pride Month page first at archives.gov):

Henry Gerber was a German immigrant who founded the Society for Human Rights in 1924 in Chicago, the first gay rights organization in the United States. Many also credit the newsletter he and his friends published, “Friendship and Freedom,” as the country’s first gay-interest newsletter.

Radclyffe Hall was an English poet and author whose lesbian-themed novel, “The Well of Loneliness,” was banned in England for quite some time after it was published in 1928.

The pink triangle, which was sewn onto the shirts of gay men in concentration camps in Nazi Germany, became a worldwide symbol of gay power after it was co-opted from the Nazis and reclaimed by post-war Germany’s first gay rights organization, Homosexuelle Aktion Westberlin.

Marsha P. Johnson was an “activist, self-identified drag queen, performer and survivor” who played a prominent role in the Stonewall uprising of 1969. She also started the Street Transvestite Action Revolutionaries in 1970 with activist Sylvia Rivera, which was a group that supported homeless transgender youth in New York City.

Sure, you can post about Pride on social media, watch LGBTQ movies and TV shows and Facetime with friends you wish you could be gathering with for a celebration, but there are also several other virtual events happening this Pride Month.

For video game-lovers: YouTuber EnglishSimmer will host a Virtual Pride Parade livestream on “The Sims” Twitch channel June 30. Throughout the month leading up to the virtual march, players can upload their Pride-themed Sim to The Sims 4 Gallery or on social media with #SimsPride2020.

For those who wish they were marching: Stay home and join one (or more, do you) of the countless virtual pride marches and parties happening around the globe. These include the NYC Pride Special Broadcast Event from noon to 2 p.m. Sunday, June 28 (which will feature performances by Janelle Monáe, Deborah Cox, Billy Porter, Luísa Sonza and more); San Francisco’s Openhouse LGBTQ Virtual Senior Prom from 4-6 p.m. Thursday on Facebook Live (which will feature performances by community members and a socially distanced dance routine led by The Openhouse Dance Troupe); and The Coors Light Virtual Denver Pride Parade, which will be broadcast live on social media at 9:30 a.m. Sunday (and will feature virtual parade “units” submitted by community businesses and organizations).

For those who want to make a difference: Donate – and encourage your loved ones to donate – to LGBTQ organizations. Locally you can support groups such as Wyoming Equality, the Matthew Shepard Foundation and the Wyoming GSA Network, and nationally you can support The Trevor Project, The National Center for Transgender Equality,The Gill Foundation and many more. For more nonprofit information, visit the resources page at www.wyomingequality.org.

After Wyoming Equality canceled Rendezvous 2020, the group’s annual five-day gay campout in the Medicine Bow National Forest, Executive Director Sara Burlingame said her team was grappling with the question of how they could create a replacement celebration for Pride Month.

“Our conversation was really frustrating around what can we do that’s not just virtual,” she said. “Most of us are wearing really thin between everything online and it didn’t feel like our community was really hungry for another thing to do online, but also we want to be respectful of our most vulnerable people.”

That’s where bingo comes in. The nonprofit created a bingo card with squares detailing different Pride Month activities that can be done while following social distancing guidelines. If you get four in a row, you’ve got bingo and the organization will send you a pair of Wyoming Equality sunglasses. Activities are meant to engage participants with the local community and include everything from “write a queer person a card and let them know they’re valued” to “read a book about LGBTQ pioneers.”

Although she knows Rendezvous will be greatly missed this year, she hopes people use this as a reminder to get back to what Pride is all about: celebrating a community that has long been told they don’t belong.

“Pride started as a riot led by black and trans folks,” Burlingame said. “So reaching out to NAACP, Juntos or another black-led organization will get you a square.”

Besides, LGBTQ Wyomingites are used to having to find their own way to do things.

“At Wyoming Equality we believe really strongly that lesbian, gay, bisexual, trans two-spirit and queer Wyomingites are extraordinarily resilient, and you have to be in the Equality State,” she added. “We have a long long history in Wyoming of celebrating Pride in a way that isn’t like how other people celebrate it … and necessity being the mother of invention, we’ve always found a way to get together.”

Update: Since the publication of this story, Laramie PrideFest has also announced its Let’s Make a Scene alternative parade.

Niki Kottmann is the Wyoming Tribune Eagle’s features editor. She can be reached at nkottmann