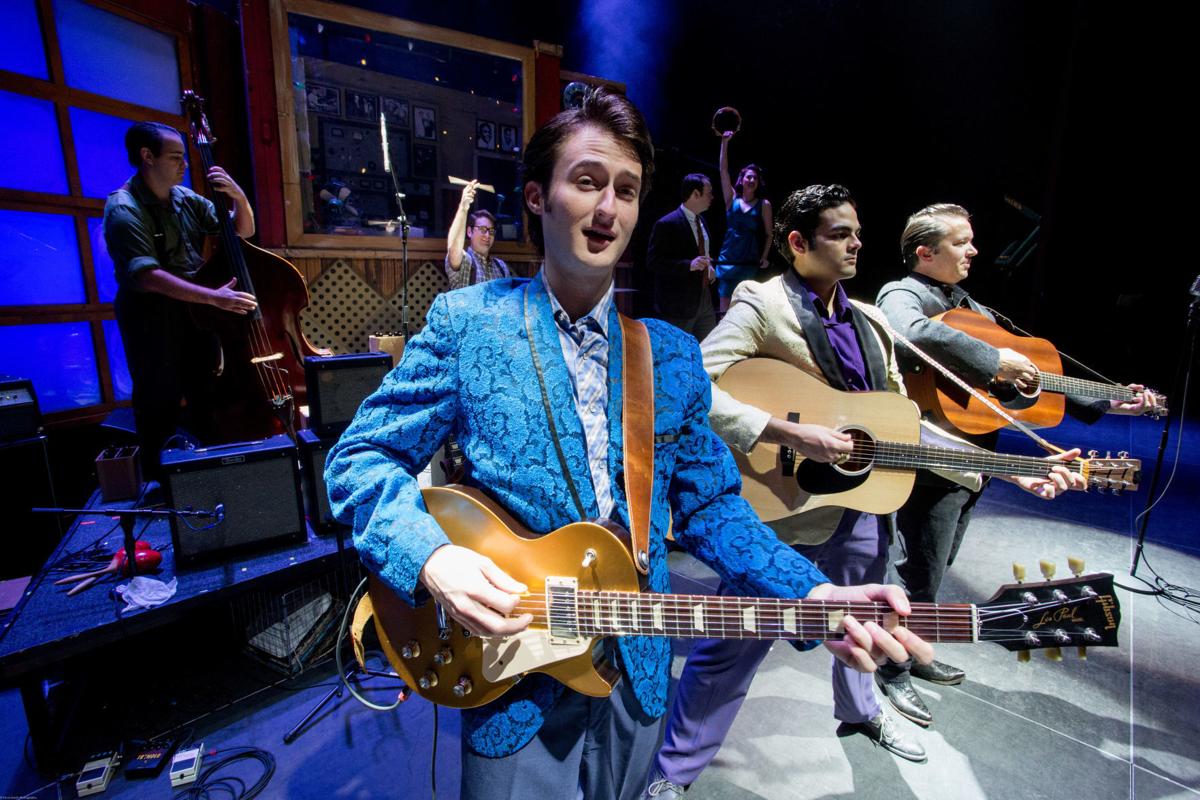 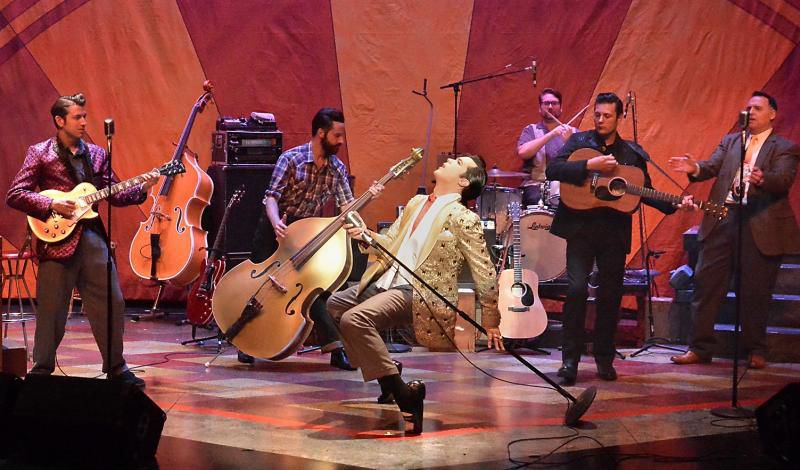 There’s nothing like a Broadway musical to make history cool (if you don’t get that “Hamilton” reference, you’re a lost cause).

“Million Dollar Quartet” tells the story of a quietly monumental event that few people are familiar with: On Dec. 4, 1956, Elvis Presley, Johnny Cash, Jerry Lee Lewis and Carl Perkins found themselves at Sun Records in Memphis at the same time, leading to perhaps the most iconic rock ‘n’ roll jam session in American music history.

The Tony Award-winning musical based on this true story features hits such as “Blue Suede Shoes,” “I Walk the Line” and “Great Balls of Fire,” and is now rocking and rolling its way across the U.S. The production will make a Wyoming stop Saturday at the Cheyenne Civic Center.

Nathan Burke plays Carl Perkins in the national touring production, a role he’s revisiting after performing it in a regional production at Old Creamery Theatre in Amana, Iowa.

“I love that by chance this thing could even happen,” Burke said of the spontaneous recording session. “I don’t think that without this show, I would have understood this studio and this time period and how it was a huge crux for what things would become … it really did shape the way we make music.”

Burke is a Keller, Texas, native who first picked up a guitar at 13, several years before he gained any interest in theater. He loved music, but always thought he’d become an NCAA soccer player after investing 10 years in the sport. But that trajectory changed course when he auditioned for a high school musical production at age 16. He quickly fell in love with the stage and traded his athletic dreams to pursue a Bachelor of Fine Arts in musical theater at the University of Mississippi.

After graduating in 2015, Burke spent two years in Charleston, South Carolina, as a resident actor and teaching artist for Charleston Stage Company. It was after his Charleston gig was up that Burke decided to audition for a show he’d never heard of – “Million Dollar Quartet.”

“I happened to have my guitar and looked it up – I picked up ‘Blue Suede Shoes’ pretty quickly,” he said with a chuckle.

He got the role, which helped give him the experience he needed to pursue bigger shows after moving to New York City.

Last fall, the musical director for the national tour of “Million Dollar Quartet,” Jon Rossi, contacted Burke to see if he’d be interested in revising his role as Carl Perkins on a much larger scale. What happened next was a whirlwind – Burke sent in a video of himself performing a medley of songs and one of the show’s monologues, and that was all the casting team needed to be persuaded.

Burke jumped right into rehearsals on a tour that was already in motion.

“I had 16 hours total of rehearsal for the last leg of the tour,” he said. “I flew to Michigan, spent a night, woke up, went to the space and spent the day ... (with the director) getting the show on its feet.”

Burke was one of only two new guys jumping into the cast, and he credits his previous experience with the show as the only reason he was able to prepare with such limited time.

“I love performing, but I still get the jitters, especially in a scenario like this when you don’t want to let anyone down,” he said. “The director was cool about reminding me not to stump myself. (He’d say) ‘Don’t let that take over and trust yourself, tell yourself you’re here for a reason’ … letting myself get out of my own way was certainly the hardest part, and the most rewarding part is doing that and trusting the process.”

These days, he finds himself relaxing a little easier, thanks to the fact the show is essentially one big party, and because of its uniquely supportive cast, he said. It’s rare for an actor to be around other performers who ask questions such as “How can I help?” Burke added, and who offer up affirming comments such as “Hey man, you’ve got this!” when he’s exhibiting signs of anxiety.

Other than his castmates, Burke said this show is enjoyable because it allows him to focus on his guitar playing and singing much more than shows in which his triple threat side is in higher demand. He’s playing music more often than speaking in this production, which he said is new for him, but it’s a good reminder of the importance of keeping a sharp ear out for both the music and acting cues.

“Besides being able to do the three things that are my favorite – play guitar, act and sing – (it’s fun because) I didn’t study this style of music much growing up,” Burke added. “My grandpa loves Bob Wills and Bill Monroe, and I had listened to a little … it’s not super complicated, but getting a grip on the style is very, very different.”

His particular character is more or less the forgotten one of the four historical figures in the show, Burke said, and the director told him that both works to his advantage and his detriment. Burke wasn’t able to do as much research on Perkins as his castmates did on their characters, but that also meant he got to make the character his own to some degree.

“You’re the lead guitarist – you can pull in stylistic choices from that time period and make something representative of the time and still contemporary to today,” he said. “That, to me, is really, really fun, finding a way to balance that. And admittedly is a huge challenge sometimes because you don’t want to make it sound boring. We get to make this big Frankenstein monster of a rock track.”

Gordon: Food from the Field one more way to help end hunger in Wyoming

Fleming and Roden: Reading comprehension is an outcome, not one specific skill