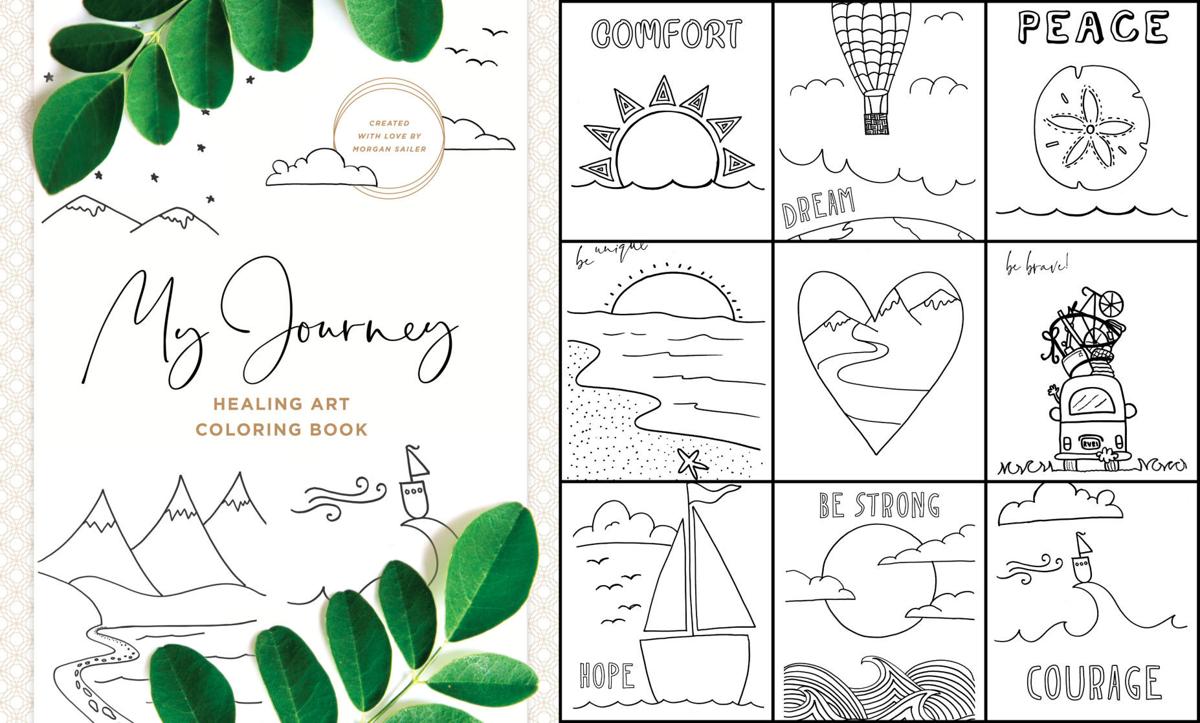 The “My Journey Healing Art Coloring Book” has now been donated to at least one hospital in every state. Courtesy 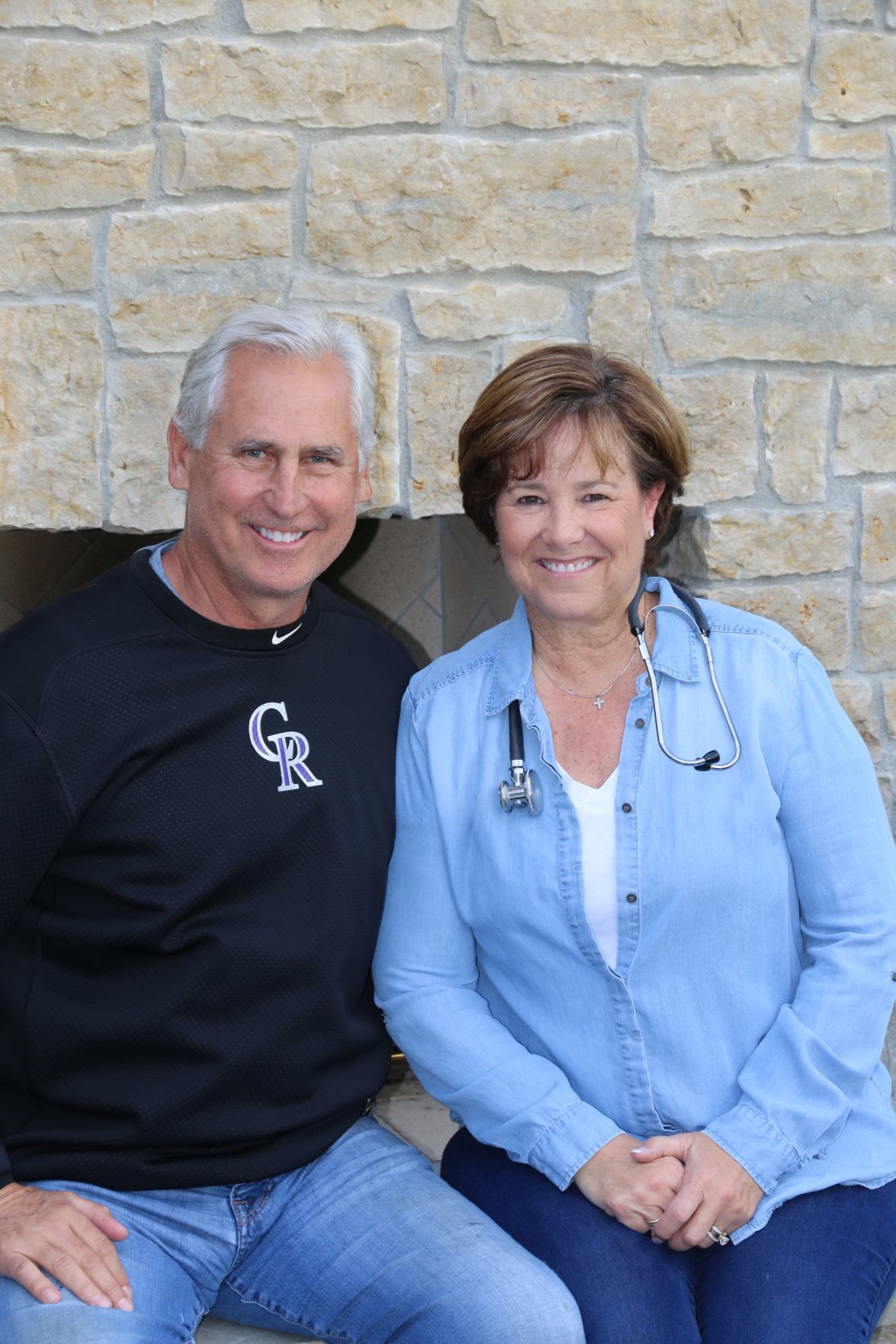 Bud Black, manager of the Colorado Rockies, and his wife, retired pediatric nurse Nan, recently donated $10,000 to River + Pearls to get Morgan Sailer’s coloring book in the hands of 6,5000 hospitalized children in Wyoming and Colorado. Courtesy 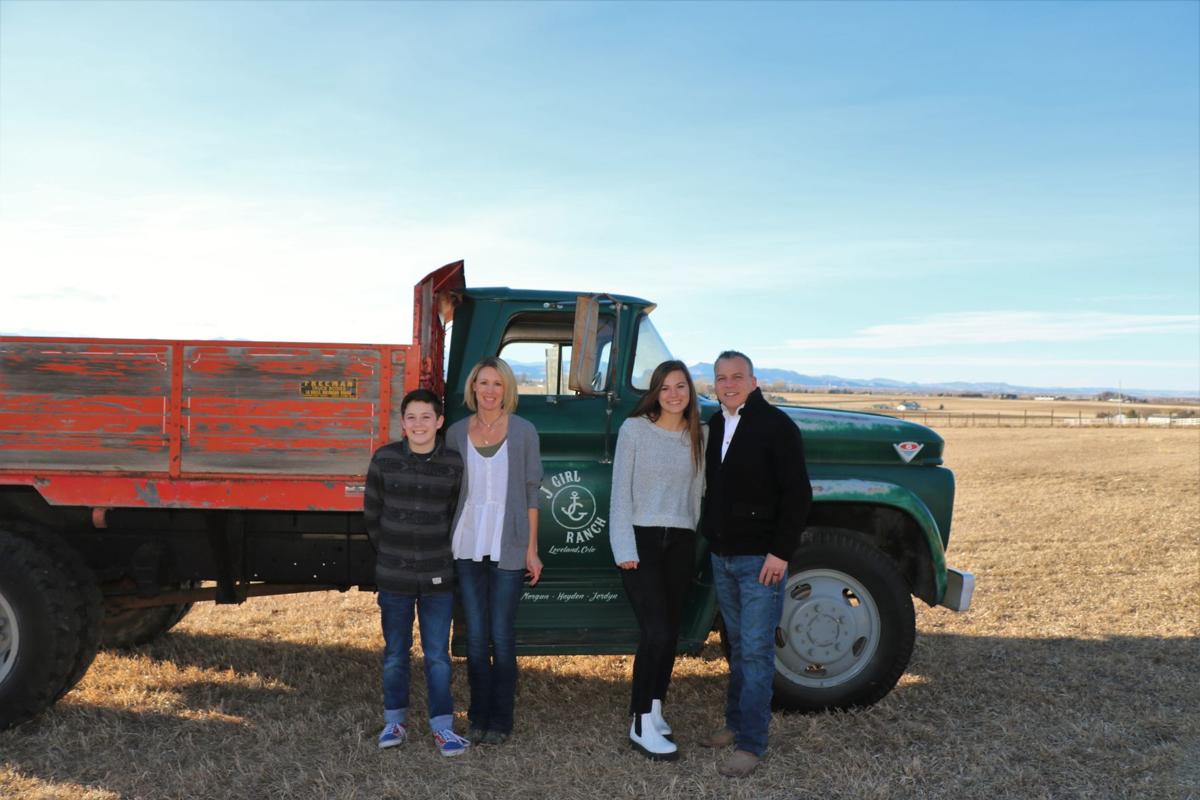 Dwight, Dana, Hayden and coloring book author Morgan Sailer pose on their family land in Loveland, Colo. Morgan’s mother, Dana, said “As a family we talk all the time about how it feels so hard to ‘do’ anything for Jordyn. When the creation of this coloring book came about we KNEW that this was something our family could ‘do’ (with the help of Christina) to ultimately honor Jordyn, recognize the hardships that she and so many children in hospitals deal with on a daily basis, and ultimately share our love!” 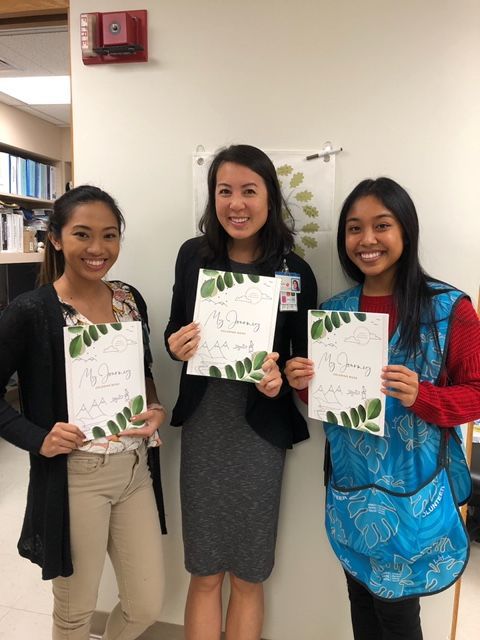 Child Life Leaders at Kapi’olani Medical Center in Honolulu, HI pose with their copies of the coloring book. Courtesy

The “My Journey Healing Art Coloring Book” has now been donated to at least one hospital in every state. Courtesy

Bud Black, manager of the Colorado Rockies, and his wife, retired pediatric nurse Nan, recently donated $10,000 to River + Pearls to get Morgan Sailer’s coloring book in the hands of 6,5000 hospitalized children in Wyoming and Colorado. Courtesy

Dwight, Dana, Hayden and coloring book author Morgan Sailer pose on their family land in Loveland, Colo. Morgan’s mother, Dana, said “As a family we talk all the time about how it feels so hard to ‘do’ anything for Jordyn. When the creation of this coloring book came about we KNEW that this was something our family could ‘do’ (with the help of Christina) to ultimately honor Jordyn, recognize the hardships that she and so many children in hospitals deal with on a daily basis, and ultimately share our love!”

Child Life Leaders at Kapi’olani Medical Center in Honolulu, HI pose with their copies of the coloring book. Courtesy

Imagine you’re 8 years old. All you want to do is ride your bike and play video games and run around in your backyard with your siblings, but instead, you’re confined to a hospital bed. You don’t have COVID-19, but due to the pandemic, only one parent can come visit you at a time, and you haven’t interacted with anyone younger than your nurse since early March.

That’s the situation most hospitalized children currently face in the novel coronavirus era, and Fort Collins, Colorado, resident Christina DiMari’s nonprofit, River + Pearls, is doing something about it.

River + Pearls prints and distributes the “My Journey Healing Art Coloring Book” to children in need, and the organization’s mission is to “cultivate hope, healing and growth in the hearts and lives of children and youth.”

The coloring book has become a vital resource for hospitalized children struggling in isolation – and thanks to Colorado Rockies Manager Bud Black and his wife, Nan, 7,000 such youth in Colorado and Wyoming will soon have their own copy.

“All of a sudden, all of the avenues for art therapy are closed, the art rooms have to close, playrooms have to close, the kids are isolated in their rooms,” DiMari said. “When we print these books in Fort Collins, they immediately shrink wrap them and tape them so there’s no hands touching the books. Many of the other things they can normally receive for art therapy rooms are not allowed right now, so then it became overwhelming, and Buddy was like, ‘I want to help, and I want every hospital in Colorado and Wyoming to have what they need.’”

The book was created by Loveland, Colorado, native Morgan Sailer, who, at 15 years old, lost her 10-year-old sister to a brief and tragic battle with leukemia. For the following three years, Sailer met with DiMari on a weekly basis and used the “healing art” from River + Pearls to process her grief.

When she felt ready, DiMari encouraged Sailer to shift her focus from her own journey to the journey of others. She asked the then-17-year-old to think about how she could take what she’d experienced to bring hope to someone else on their journey.

The process of beginning to draw the pages started about a year and a half ago, and after six months, DiMari (who has written and published five of her own books) realized Sailer had created enough for a full-fledged coloring book.

First, DiMari reached out to Citizen Printing in Fort Collins to print the books. The Sailer family then held a fundraiser in their barn, and so many people were so moved, DiMari said, the nonprofit was able to fund the first print run entirely from donations from that event.

Those first 5,000-some books went to only Colorado hospitals. Within three months, the nonprofit was getting requests from all over the country – and it was becoming hard to keep up.

That’s when the David and Trish Lerner Foundation stepped in. After stumbling across the organization on the Colorado Gives website, giving just $100 and then learning more about the coloring book in a thank-you note from DiMari, they decided to give a larger donation that funded the printing of nearly 25,000 additional books.

DiMari continued reaching out to everyone she could think of to get the word out, and that’s how Nan Black heard about the book. As a former pediatric nurse who spent the last decade of her 40-year career treating infectious diseases in children, Nan was immediately onboard.

“I’m very, very well aware of the kids in the hospital and … what they’re going through, the hardships of the kids and the families and the staff,” Nan said. “So when I saw these coloring books – well, I don’t like calling them that because they’re more of an art therapy book – they were on the floor at Rady Children’s Hospital in San Diego, where I had been working, and I saw the kids there and the effect it had on them. ... they’ve been invaluable to the child life specialists there at the hospital.”

“The Sailor family launched this locally, then the Lerners stepped up and it went nationwide,” DiMari said of the book’s success. “Now, with Buddy and Nan’s donation, they’ve helped meet the urgent need we have due to the increased requests amid the current pandemic.”

Shortly after their donation, Nan reached out to Jordan LeMahieu, wife of Yankee infielder DJ LeMahieu, to see if she and a few other Yankee wives would like to band together to come up with their own donation for the New York hospitals that DiMari had been receiving countless heart-wrenching emails from.

“I asked if a few of the wives could donate $1,000 and we could get a round of 6,000 books (to New York),” Nan said. “Within five minutes she said she would do the whole $10,000 with her husband … It’s just a huge demand (right now), and there’s been a huge response from the child life specialists from the effect it’s having on the kids, so we said this is just one of those things we have to get done right now.”

Because of Nan’s background, Bud said supporting pediatric patients is particularly close to his heart, and he believes that even the smallest of gestures can provide joy to a sick child.

“I understand that everybody has their own things going on as far as generosity and philanthropy, but the only thing I can say is check out Chris’s website, see the great work that she’s doing and just understand that the generosity given to kids impacts obviously their parents, their siblings, but even the workers – the doctors, the nurses, the hospital staff. When you give to kids, it impacts so many other people.”

So far, the Black’s donation has sent books to children at Colorado Children’s Hospital and several other major hospitals in Colorado as well as two hospitals in Wyoming: Cody Regional Hospital in Cody and St. John’s Health in Jackson Hole.

Blair Christy, director of patient experience and art and healing program administrator at St. John’s, said by email that utilizing the book was a no-brainer once they received their donation.

“Children and families in a hospital setting experience a wide range of emotions,” she said. “Incorporating healing arts is an important part of our approach to care. Sometimes the coloring book is used as a simple activity to keep one busy and to engage and spark connection within the entire family. At other times, it is a way for our care teams to connect and develop rapport with their youngest patients.”

As for art therapy as a practice, Christy said not to underestimate its lasting positive effects in a hospital, particularly on young patients.

“Art in healing spaces has been proven to reduce stress, anxiety, pain and length of stays,” she added. “Children see the world around them with a different lens than we do as adults. Art, when used as therapy, is part of nonverbal communication for children who may not be able to articulate their emotions and feelings. It’s a powerful tool we have in our toolbox.”

If you have a suggestion for a hospital in Colorado or Wyoming that deserves to be included in Bud and Nan Black's donation, contact Christina DiMari at christinadimari@gmail.com.

If you'd like to donate to River + Pearls to help more children across the U.S. receive a free copy of the "My Journey Healing Art Coloring Book," visit www.riverandpearls.org

Attempt to get rid of tree branches was frustrating, to say the least

Congress needs to get its priorities straight, address COVID relief

It's time to get rid of Bouchard, vote Wallesch into Senate District 6 seat