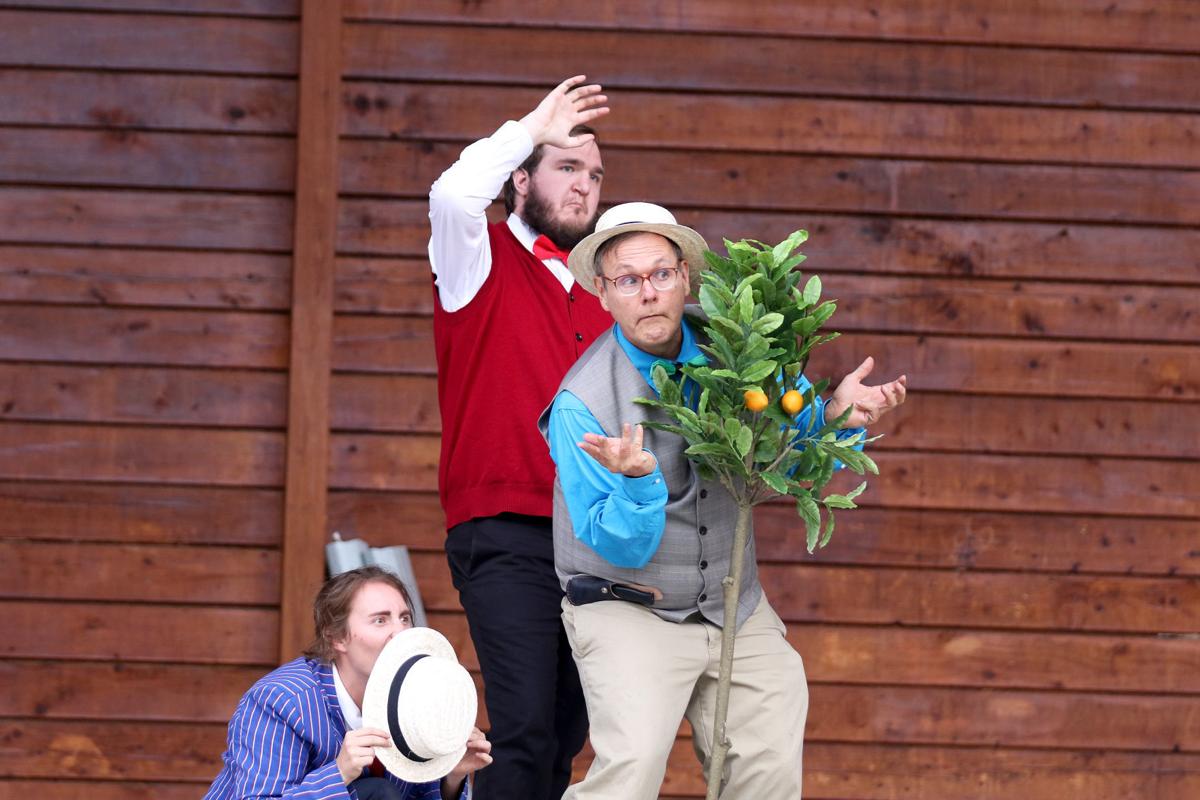 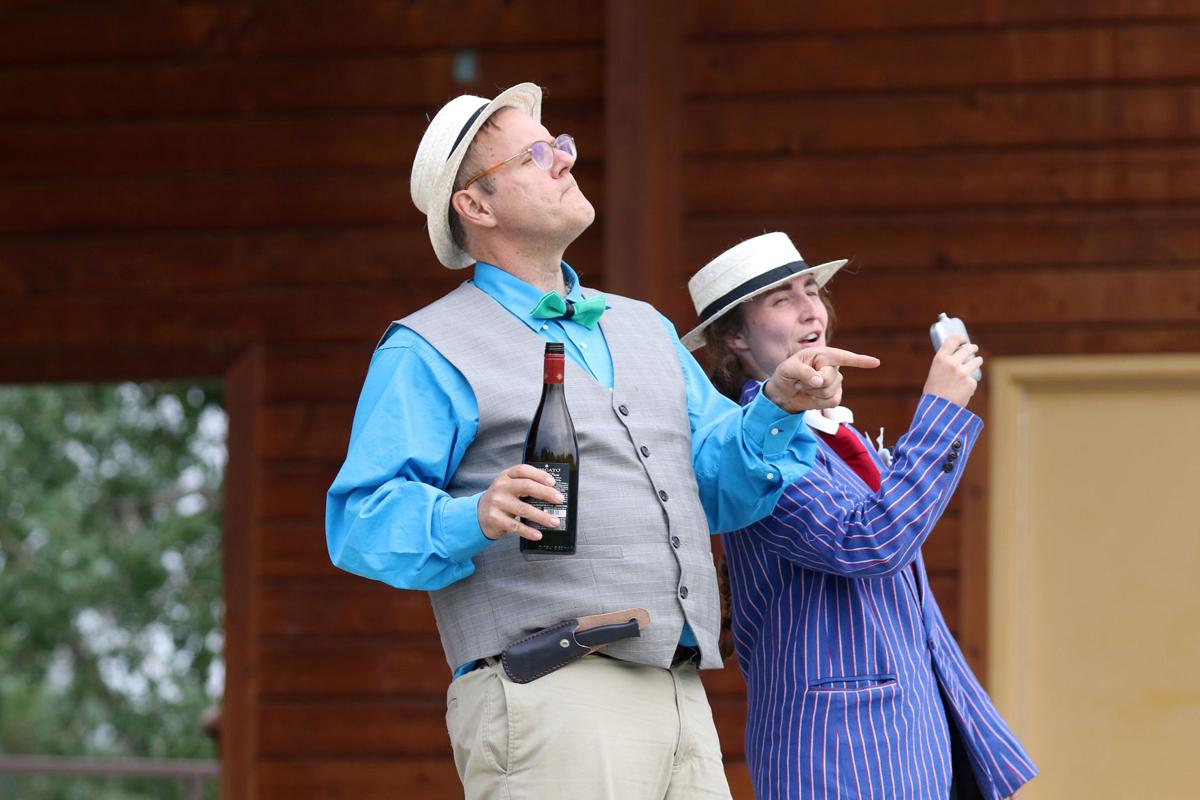 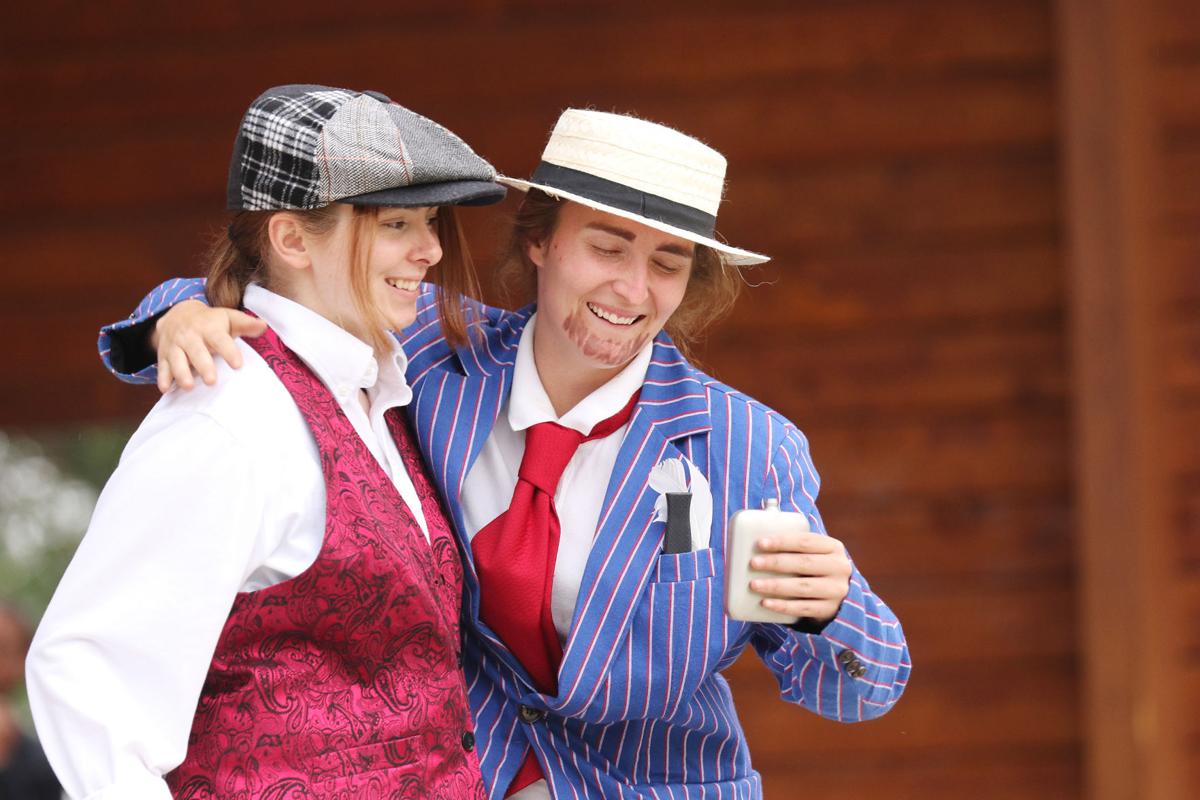 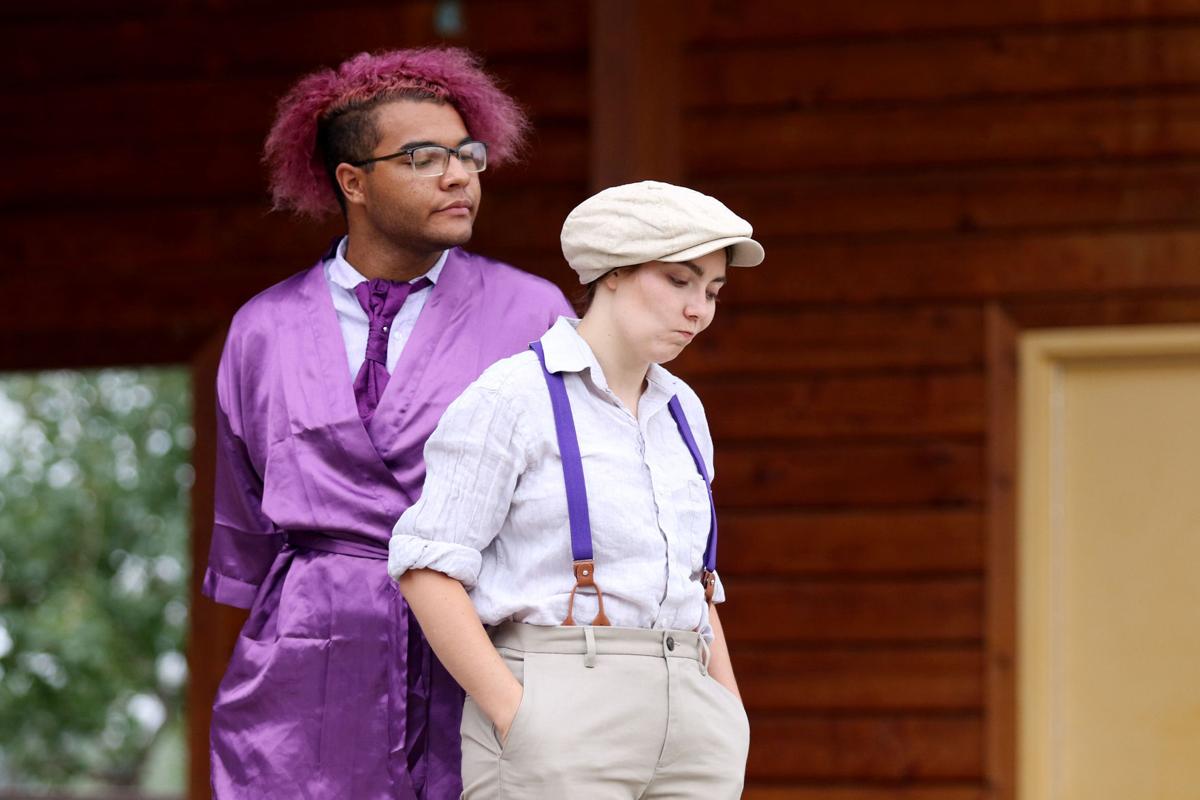 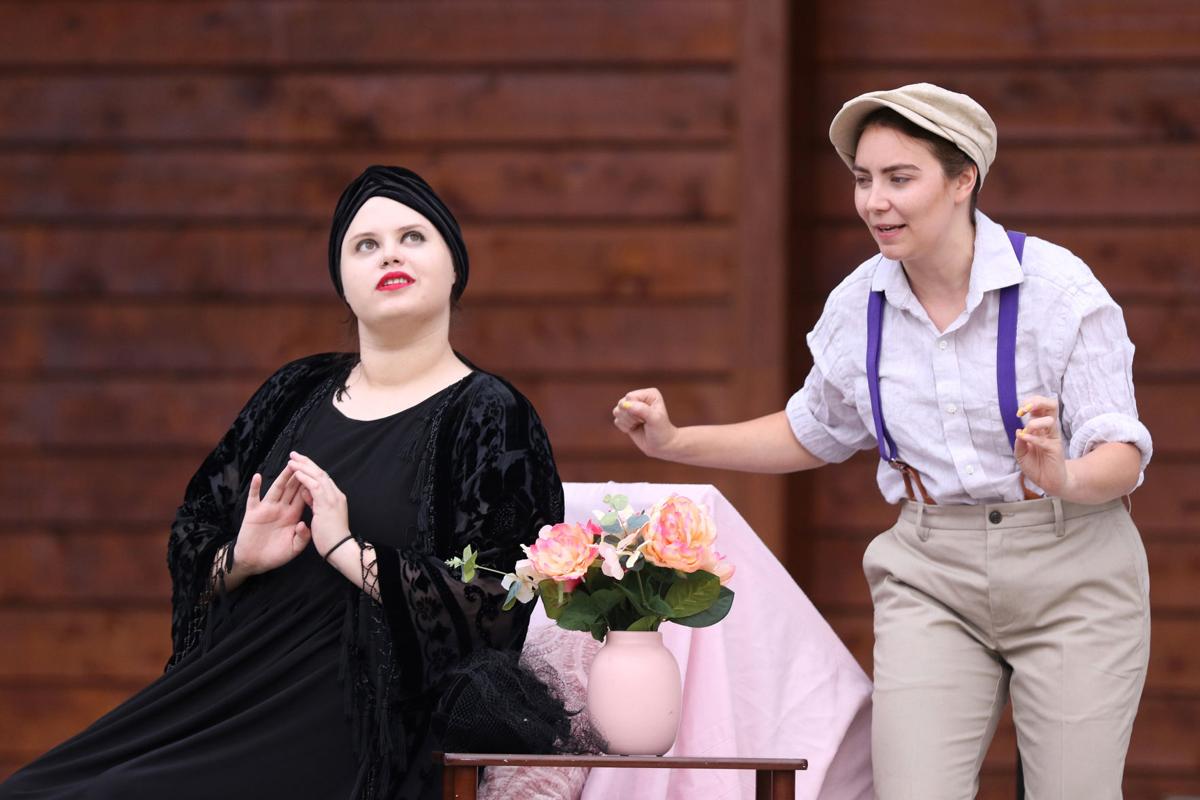 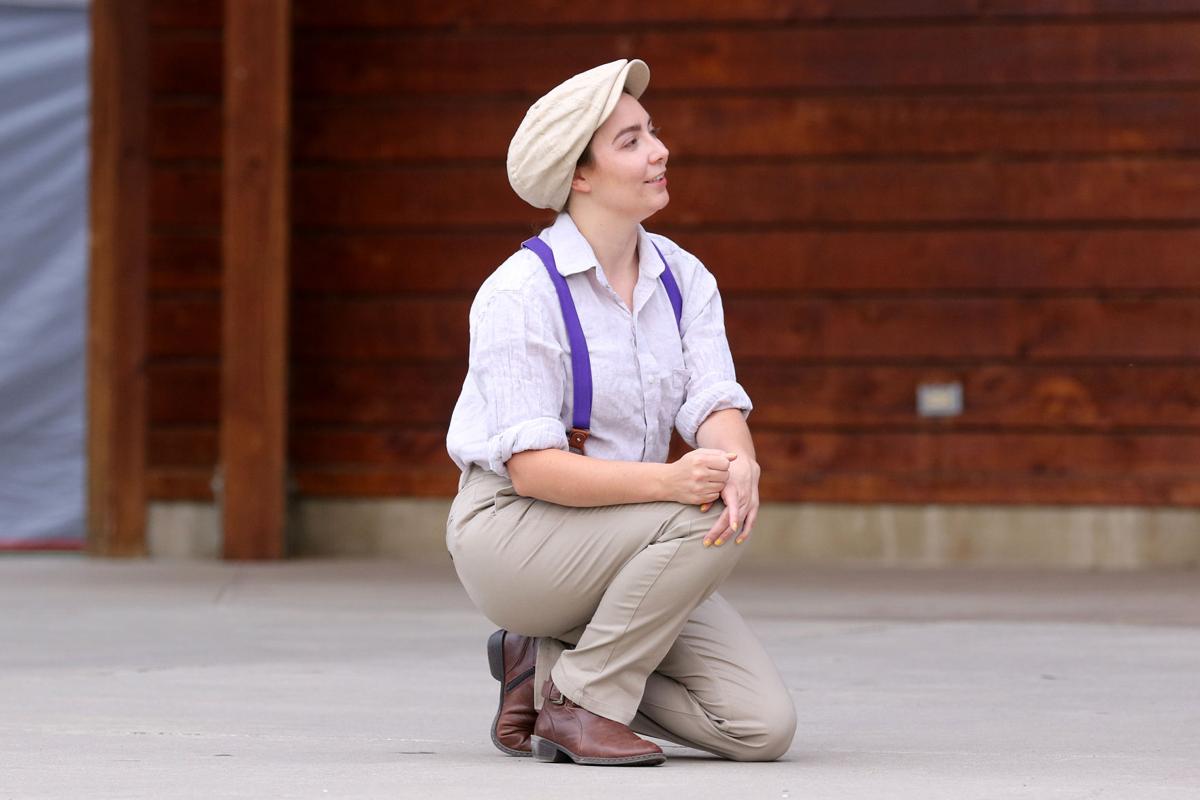 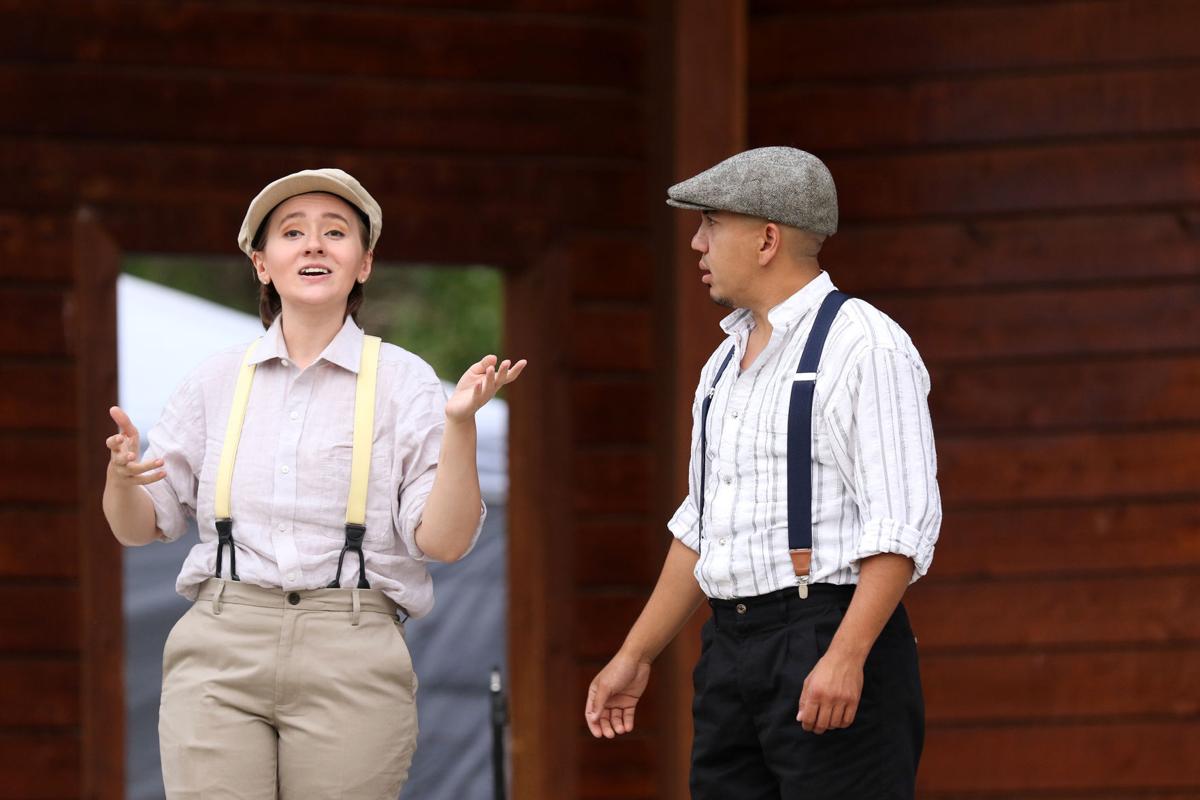 It’s been a long time since Chance Wolf has had the chance to make anyone laugh. The Cheyenne bus driver used to find joy in the smiles he brought to kids’ and other passengers’ faces during his routes, and that’s been missing from his life since the COVID-19 pandemic closed schools in March.

Now, he’ll get the chance to make a new group of people happy playing the role of Antonio in True Troupe’s upcoming traveling production of Shakespeare’s “Twelfth Night.”

“I’m excited to hear the laughter,” he said. “Especially during times like these, there just hasn’t been a lot of laughter … so I’m really excited to bring people together, and that’ll be really nice to hear again, because I think that’s the biggest first step, the best medicine for recovery.”

Director Erin Kendall, who has assistant directed a Shakespearean play before, but never served as the main director, said this piece is completely silly and ridiculous compared to most of the work the famous playwright is known for. It’s the play’s balance of humor and more serious moments, addressing topics such as gender and class, that make her particularly excited to stage the work in the Lions Park Amphitheater (in addition to venues in Centennial and Pine Bluffs).

“It’s more accessible to the public,” she said. “Shakespeare can be kind of intimidating, but it’s a really fun show because it’s entertaining and deeper. … Anyone can enjoy it and appreciate it, and I’m happy we can share it with these different communities.”

The cast for this socially distanced production had the option of auditioning in person or sending in a tape in May, and ever since the cast list went up, they’ve been practicing outdoors with a strict policy of staying home if anyone is feeling even slightly unwell.

Rehearsing during a pandemic is tricky, Wolf and his castmate, Elizabeth Harrell, agreed, but they’ve managed to get through it by leaning on a major pillar of acting: trust.

“It’s a big trust exercise,” Harrell said. “You have to trust your fellow actors that if they’re sick, they’re going to stay home and take precautions to make sure whatever they had, they don’t pass it on to everyone else, whether it was a cold or something more.”

“One of the first things you learn as an actor or when you’re getting into theater is how to trust,” Wolf reiterated. “A show simply can’t happen if you don’t trust your fellow actors or the director or tech crew or whatever, so like Elizabeth said, whether you’re acting or in or out of the theater … you have to trust that they have your back, whether that’s staying home or (executing) a certain blocking on stage.”

The fact that they’re even allowed to stage a show during this public health crisis is incredible, Kendall said, and so she and the rest of her team are taking safety procedures seriously.

Because the show is outdoors, she isn’t requiring her actors to wear masks while they’re performing, and audience members are asked to bring their own chairs and spread them out appropriately.

“We take for granted that we can put on a show anywhere, and that’s obviously not the case right now,” she said. “For me, there was a lot of uncertainty if there would be a lot of additional restrictions, and we were concerned about protecting the cast and what their comfort level was working together. … It definitely made me grateful that we still have the opportunity to put on a show during these circumstances, when most things are being canceled, that we can offer something to the public in a safe way.”

But putting on a traveling outdoor show, even outside of a pandemic, is difficult, she added. For one, the group had to spend a lot of time making sure their set pieces were easy to put up, tear down and then fit in the back of a car, and they’ve only been able to practice at Lions Park.

Because True Troupe is a Cheyenne-based theater group, all of the rehearsals have been in the capital city, so the cast won’t have the chance to practice setting up or performing at the other two locations until the first day of performances in Centennial and Pine Bluffs.

The actors and crew also have to do a triple check before leaving every venue that they don’t forget any props or other important items, Wolf said, because it might take too long to drive back by the time they realize that something’s been left behind.

Chance said this is another area of the show where trust is key.

“We’re also making sure that everybody’s still feeling OK, because traveling and making everything fit in the car can be really stressful, and people can react to stress differently, so just making sure everyone is OK (is important). ... It’s hectic right now, but in the end, it’ll be a happy ending, and we’re going to pull this off.”

The change of scenery will also keep things exciting, Kendall added on another optimistic note, because every show will feel fresh and serve as a sort of reset button if anything goes wrong on a previous night.

All three said they’re anxious to see how the production comes together, but they know regardless, they’ll be giving residents of these three areas a stress-free retreat from the gloomy reality of 2020.

“I’m most excited to get to perform this show in front of an audience – it’ll help people feel a little sense of normalcy, even though Shakespeare isn’t something people take part in every day in their normal lives,” Herrell said. “Having theater again is a little bit of a normal thing for people.”

Cost: Free, thanks to a grant from the Wyoming Humanities Council

*Note: If you'd like to learn more about the production and what it took to put it together, stay after the show for a masked talk back with the cast.