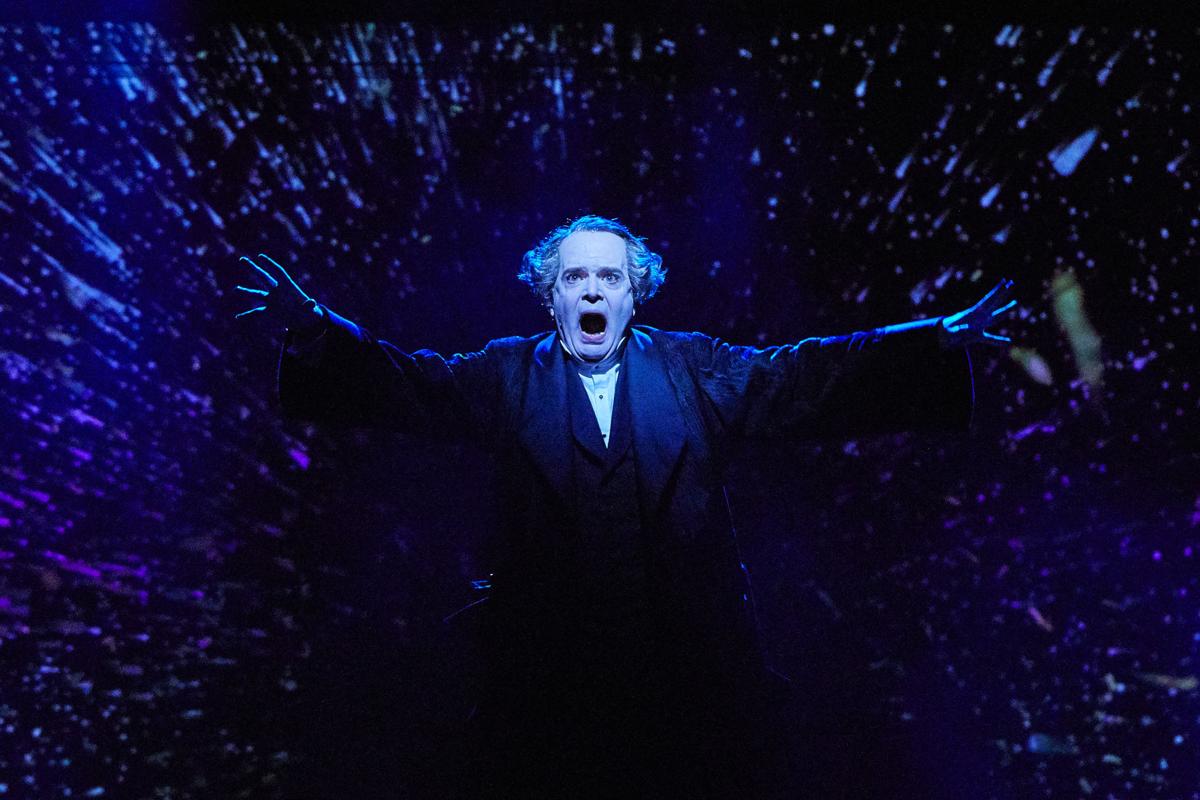 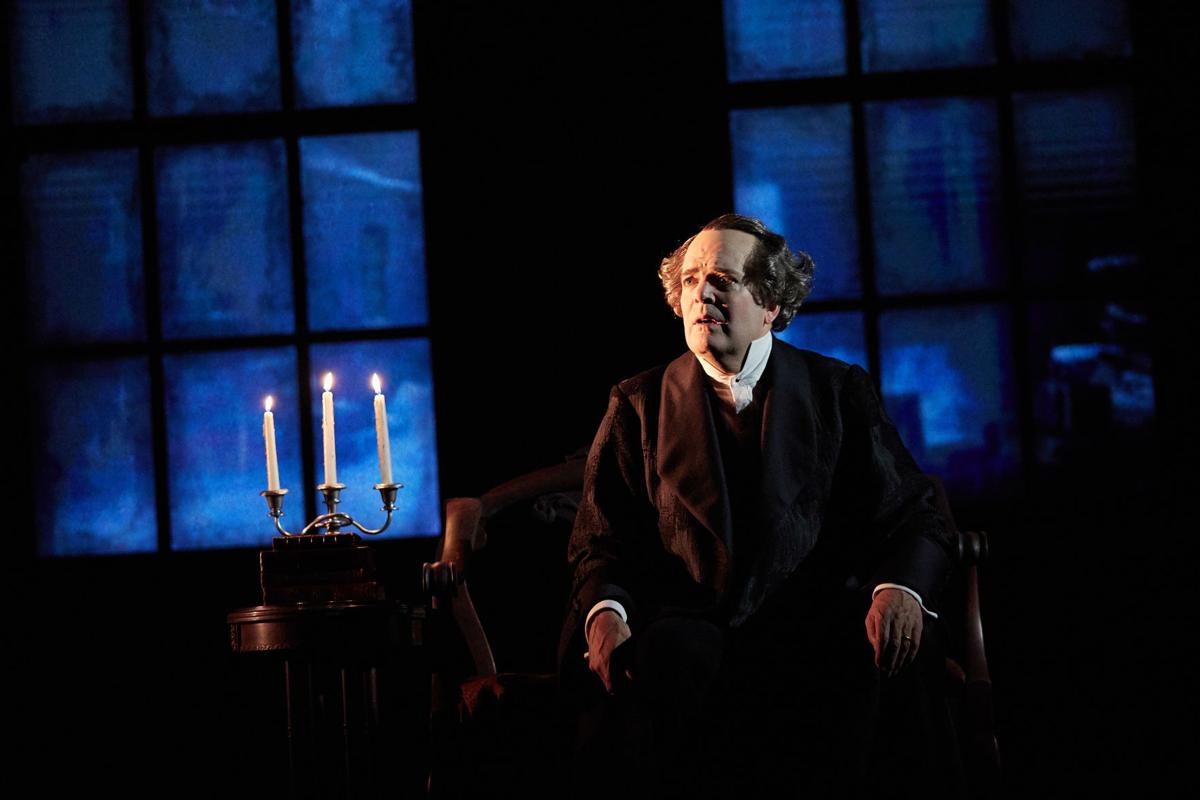 Jefferson Mays won the 2004 Tony Award for Best Performance by a Leading Actor in a Play, the 2004 Drama Desk Award for Outstanding One-Person Show and an Obie Award for his solo performance in “I Am My Own Wife.” Angel Nicanor/courtesy 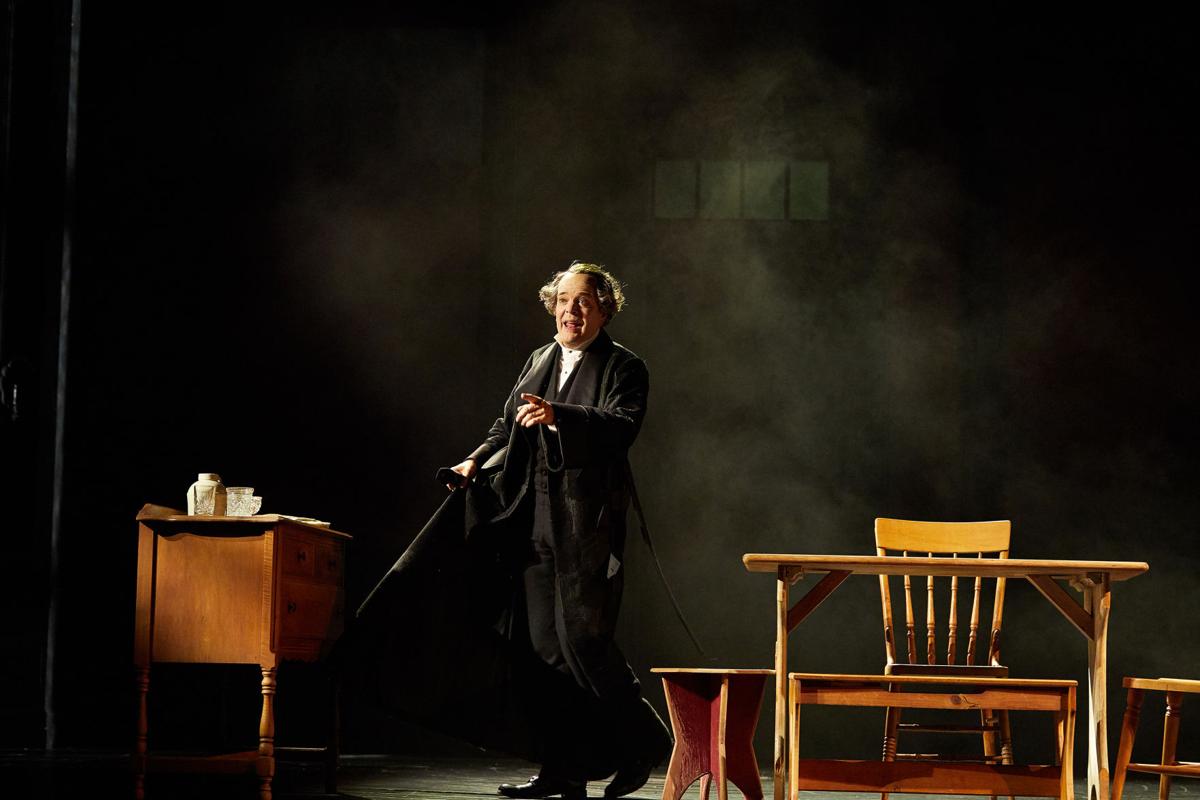 Jefferson Mays starred in two Broadway revivals in 2007. He appeared as Henry Higgins in “Pygmalion,” and he appeared in a revival of “Journey’s End,” in which he starred as Private Mason. Angel Nicanor/courtesy 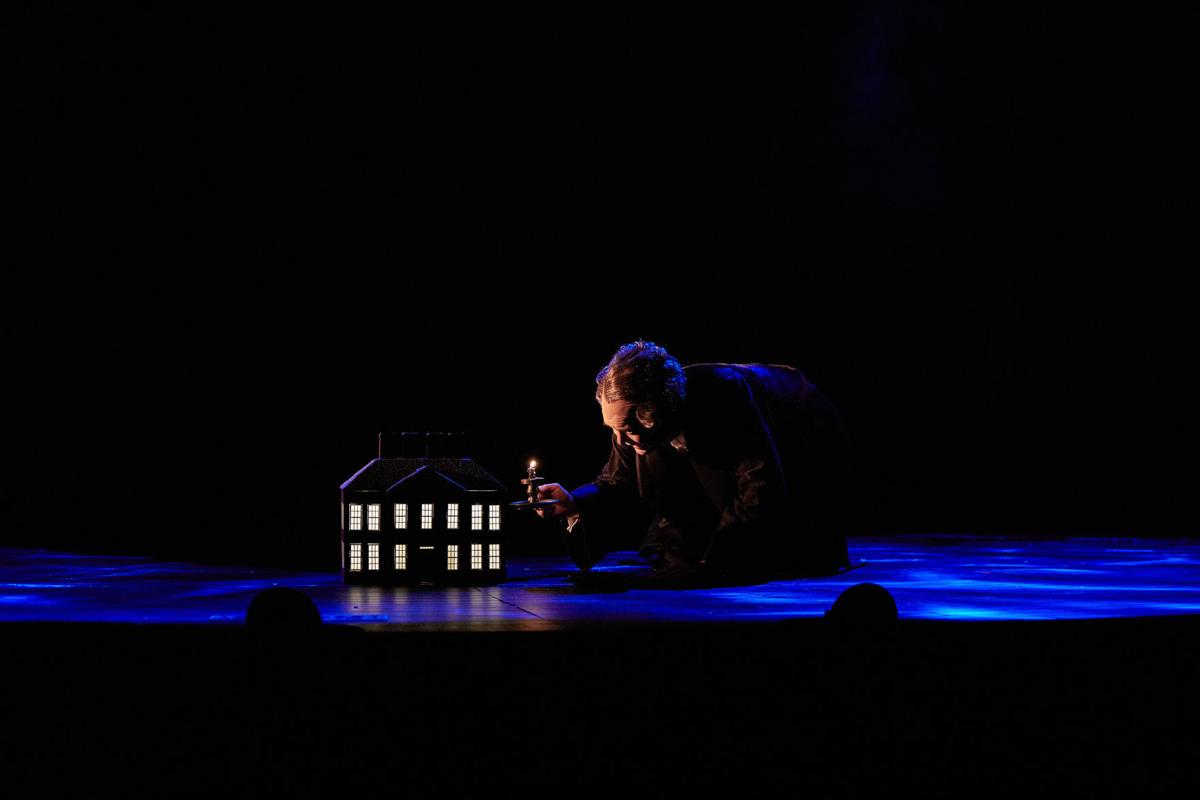 Jefferson Mays, the star of “A Christmas Carol,” is the recipient of numerous accolades, including a Tony Award, a Helen Hayes Award, a Lucille Lortel Award and two Drama Desk Awards. Angel Nicanor/courtesy

Jefferson Mays won the 2004 Tony Award for Best Performance by a Leading Actor in a Play, the 2004 Drama Desk Award for Outstanding One-Person Show and an Obie Award for his solo performance in “I Am My Own Wife.” Angel Nicanor/courtesy

Jefferson Mays starred in two Broadway revivals in 2007. He appeared as Henry Higgins in “Pygmalion,” and he appeared in a revival of “Journey’s End,” in which he starred as Private Mason. Angel Nicanor/courtesy

Jefferson Mays, the star of “A Christmas Carol,” is the recipient of numerous accolades, including a Tony Award, a Helen Hayes Award, a Lucille Lortel Award and two Drama Desk Awards. Angel Nicanor/courtesy

We’ve all muttered – or at least thought – some iteration of this Ebenezer Scrooge quote from “A Christmas Carol” this year, but just like the end of the beloved Charles Dickens novella proves, joy can be found even in times of struggle.

That’s why producer Hunter Arnold’s TBD Pictures is partnering with local theaters across the country to offer a special filmed version of Dickens’ holiday classic starring Tony Award winner Jefferson Mays. The one-man adaptation of the stage show, filmed at New York’s United Palace, is now available to be streamed, and at least $20 of every ticket purchase goes back to the regional theater company you order from.

“In all honesty, I wasn’t on board right away,” she said. “I’ve worked with OpenStage for over 20 years, and one of the things OpenStage was founded on and what it does so well is finding and building on the talent in our area and community. … I ended up calling (co-founder/producer) Denise (Burson) and was like … ‘It really boils down to making sure our artists are represented, as well.’”

This production of “A Christmas Carol” is a one-man show filmed in New York City, so other than partially benefiting OpenStage, it was clear the show wasn’t a chance to let any Larimer County artists shine. However, Burson saw the bigger picture. She reminded Parks Smith that partnering with TBD Pictures on this one-time, non-local production would ensure their own artists would be represented in the future.

That was enough to sway her. Parks Smith said the organization was already struggling after having to close its most recent show, “Constellations,” on March 13, and being forced to cancel the next spring show, “Rumors,” two weeks before tech rehearsals at The Lincoln Center.

OpenStage hasn’t been able to stage a show since March, and as a result, Parks Smith said the theater’s board of directors had to make the difficult decision to lay off its managing director. That’s when Parks Smith assumed all the financial duties of the theater company, which has been a difficult, yet important, transition.

“That’s really where I’ve been living since then, making sure we’re able to secure grants and raise enough funds to make it to spring and summer, when I plan on hopefully producing two shows outside,” she said.

But Parks Smith was quick to add that she won’t rush to get a show staged unless she and the rest of the team feels it’s 100% safe.

“We don’t have to be the first theater to do a show after this is all over,” she said. “I saw this really great roundtable interview with Joseph Haj of the Guthrie Theater in Minneapolis – one of my producing artistic director crushes, because I’m a geek – and he’s very much of that same mindset, and he had a great analogy for it … (when skydiving) he asked how people whose chutes don’t go off survive, and they said they hit the ground running. That brought tears to my eyes; that’s the perfect analogy. We can’t bounce, we have to hit the ground running, which means we might have to wait a little longer to keep the audience safe.”

Until then, she’s happy OpenStage can help audiences enjoy a piece of theater that promotes hope and will get them in the holiday spirit.

According to project producer Hunter Arnold, the country’s theaters have lost more than 80% of their income due to the COVID-19 pandemic. In a news release for this virtual performance of “A Christmas Carol,” he said the work produced by local theaters is a fundamental part of society, which is why it’s so important to fight for their survival right now.

“My theater career began when I was a 10-year-old Texan playing Tiny Tim in the Midland Community Theatre production of ‘A Christmas Carol,’” he said in the release. “In a time when theaters and arts workers across the country are in great need, bringing a story that celebrates the power of creativity, community and our shared humanity is humbling.”

In the meantime, Parks Smith looks forward to the day she’ll be able to formally announce dates for future OpenStage productions – the current season brochure is purposefully missing dates because it was too hard to plan for every possible pandemic scenario – and she’s using the time she’d normally spend crafting shows to create new initiatives, such as a play reading group aimed at understanding the perspective of all performers.

“It’s a great cross section of our company as far as age, race and culture, so everybody is bringing different backgrounds, different playwrights and stories to the table,” she said. “We get to read and play in a way that we haven’t had the time to do before. … I really wanted to push education with our current directors about how they cast and really look at how to be more inclusive and more diverse with the stories we tell. That comes from how we cast our shows – how can we become more inclusive with our casting, introduce ourselves to more cultures? That comes with including more people.”

CORRECTION: The print version of this story that ran on Dec. 12, 2020 misspelled Joseph Haj's last name.

What: TBD Productions' "A Christmas Carol"

When: Now available on demand through Jan. 3