Dense Fog Advisory from 2:48AM MDT THU until 10AM MDT THU 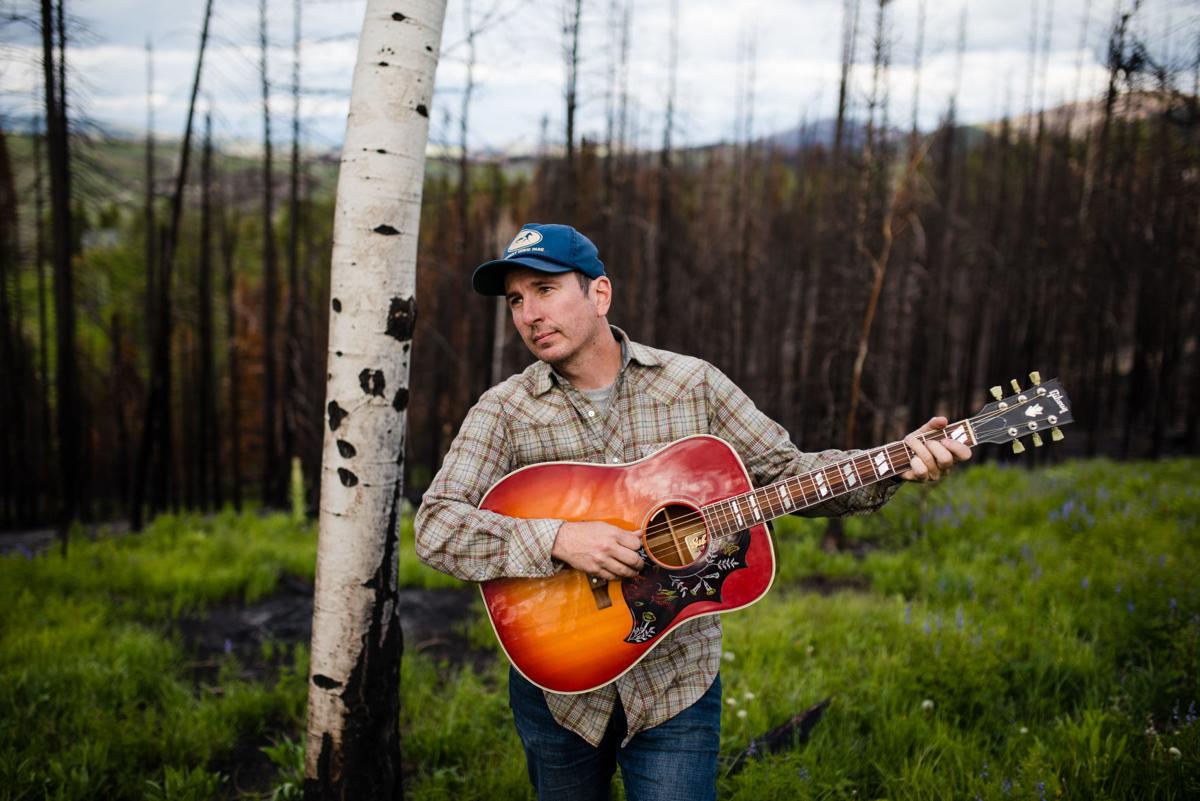 Jason Tyler Burton is a Pinedale musician who writes original rural Americana music. His 4th album, “Kentuckian,” was voted the No. 1 Wyoming album of 2019 by Wyoming Public Radio. Gretchen Yost/courtesy 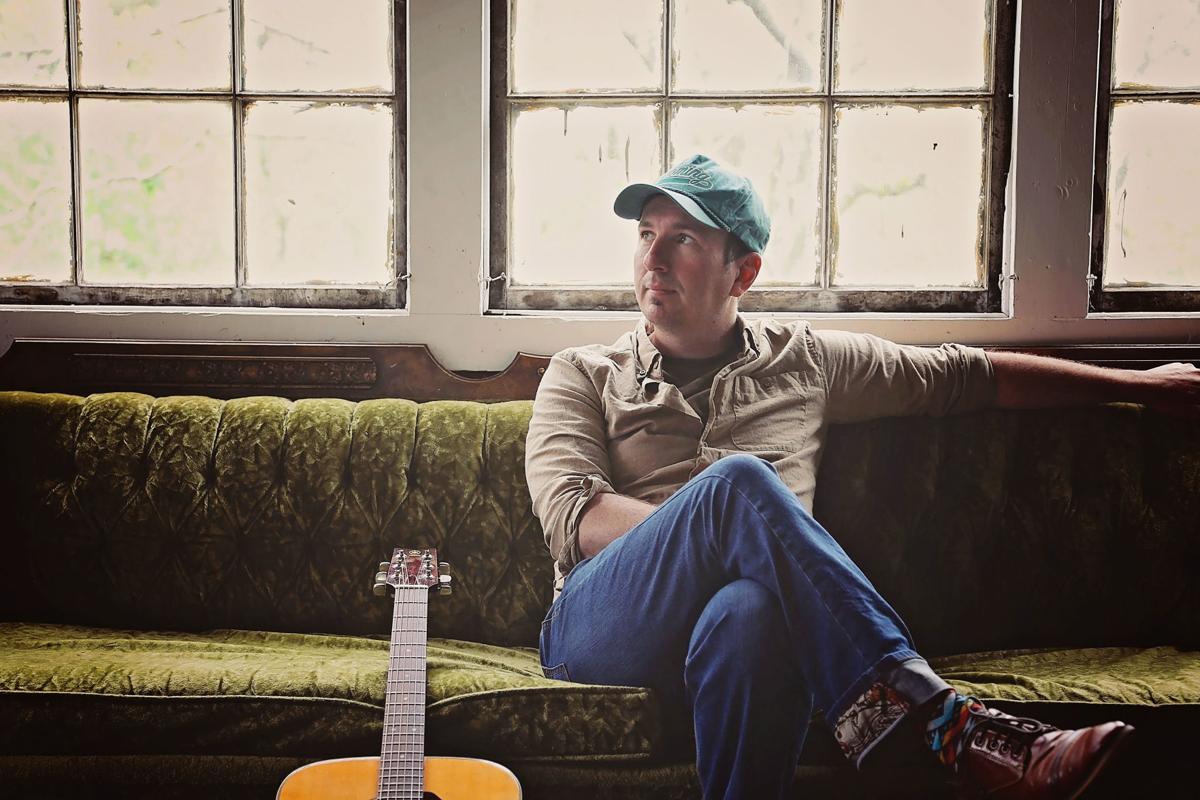 Jason Tyler Burton’s fourth album has been called “working class country roots from a gifted songwriter” and “nothing short of an artistic masterpiece.” Erica Chambers/courtesy

Jason Tyler Burton is a Pinedale musician who writes original rural Americana music. His 4th album, “Kentuckian,” was voted the No. 1 Wyoming album of 2019 by Wyoming Public Radio. Gretchen Yost/courtesy

Jason Tyler Burton’s fourth album has been called “working class country roots from a gifted songwriter” and “nothing short of an artistic masterpiece.” Erica Chambers/courtesy

Jason Tyler Burton is the embodiment of “sharing is caring.”

By day, he’s the recreation supervisor at Pinedale Aquatic Center, and by night, he’s a singer/songwriter struggling just like all entertainers in the era of COVID-19. But he considers himself lucky to be employed.

“(The pandemic) didn’t hurt me as much as it hurt my musician friends who are full-time – it’s hurt them quite a bit,” he said by phone. “So I tried to help my other musician friends out as much as I could, whether it was letting them do a recording process with me or throwing gigs their way. I’ve turned down a lot of gigs this summer and tried to pass those off to folks who were having a harder time because they didn’t have a day job.”

Burton is one of four acts (in addition to Aaron Davis & the Mystery Machine of Hoback; The Two Tracks of Sheridan; and Shawn Hess of Laramie) who will perform in this year’s WYOmericana Caravan Tour, a statewide performance circuit of Wyoming singer/songwriters. This year’s group is made up entirely of musicians who have never toured before, making the disappointment that much more palpable when co-founder Aaron Davis called over the summer.

Burton thought for sure that Davis was reaching out to let him know the tour, like most other live events, was canceled. But instead, he was calling to ask if he still wanted to be part of it. He’d found six Wyoming venues willing to participate – and do so safely, with social distancing and increased sanitation measures in place – so it was on.

“I was very surprised and happy to (be able to) say yes, in part due to the protocols put in place to keep the audience safe,” Burton said. “It’s weird to turn down a gig, but I turned down some gigs (lately) because it seemed odd to encourage groups of people to gather together … seemed not the most responsible thing to do, so I’m very happy and pleasantly surprised to move forward.”

Burton’s job only went remote for about a month and a half, but his extra downtime at home (due to the center being closed and also his lack of out-of-town gigs to travel to) caused him to take a short break from music. He wasn’t feeling inspired, so he didn’t touch his guitar for a while, but eventually he realized having more time at home meant he had more time to practice his instrument. Instead of letting the melancholy of it all get the best of him, he used this pandemic as an excuse to improve his guitar and mandolin playing.

The last time Burton performed in front of a large crowd was fall 2019. He had some shows scheduled in Colorado and Kentucky this spring that were going to be his first of the year, but when those got canceled, he wasn’t sure if he’d perform again in 2020. However, he was able to continue hosting a little open mic in Pinedale and was asked to do a small outdoor show for the Pinedale Fine Arts Council’s summer concert series and another for the city of Rock Springs’ lunchtime performance series.

One of the downsides of having such a long hiatus and then suddenly getting gigs again, Burton said, was how rusty he felt when he finally got back onstage earlier this summer. The internet is hardly reliable in Pinedale, so even though Burton had attempted to do a couple livestream shows in the early months of the pandemic, they were not successful.

He also wasn’t a fan of what it felt like playing to a computer screen, rather than an in-person audience who can provide instant reactions, so getting back onto an actual stage on Sept. 11 at the WYO Theater in Sheridan to kick off the tour was bliss.

“Last week, under the bright lights, when everyone applauded, I remembered how much I missed that kind of connection, being able to feel the energy of the audience and give back to them with that energy,” Burton said. “It’s such an important part of live music to me, so it was quite an incredible experience to play for live people again.”

As a songwriter, Burton said, he plays mostly mellow, folky music that’s rooted in thoughtful lyricism. What matters most to him as a musician is that his audiences are actually listening to those carefully crafted songs, which is why, even though the first leg of the tour in Sheridan was for a group of only around 50 people, the fact that it was an audience giving him their complete attention was magical.

This whole experience, he added, has given him a new appreciation for being able to play music and maintain a day job. Although all musicians would likely prefer to write and perform full-time, he said, he now realizes how lucky he is to have something to fall back on while still getting to do what he loves.

“You should never look at your current set of circumstances as necessarily the wrong set of circumstances; that’s been kind of a lesson for me – wherever you’re at is totally an OK place to be,” he said. “I appreciate the little things, like getting to play in front of an audience … you should not take any show for granted. It’s hard when you’re playing in a bar with a few hundred people who aren’t paying attention to you, but even if you have 30 people there for you, you have to enjoy the fact that you get to share your art with other people. I think that’s what every artist wants, to create, but also share that work.”

Johnson's passion for the community makes him an ideal council candidate

Pasqua would help solve problems as member of LCCC board

Dykstra: We all need to advocate for better reading instruction for children

Sniffin: The year 2020 will be remembered as a whirlpool of strange events