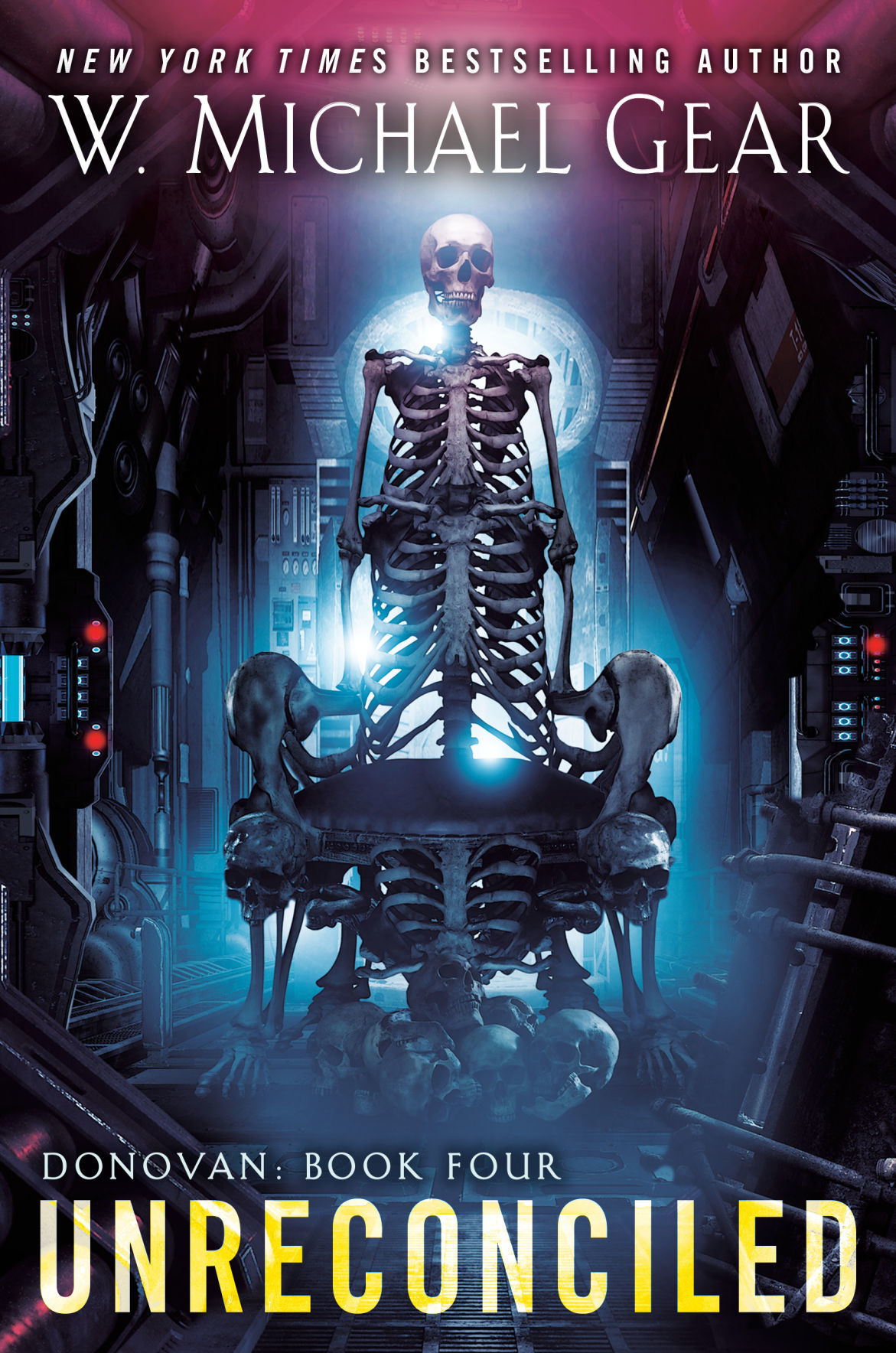 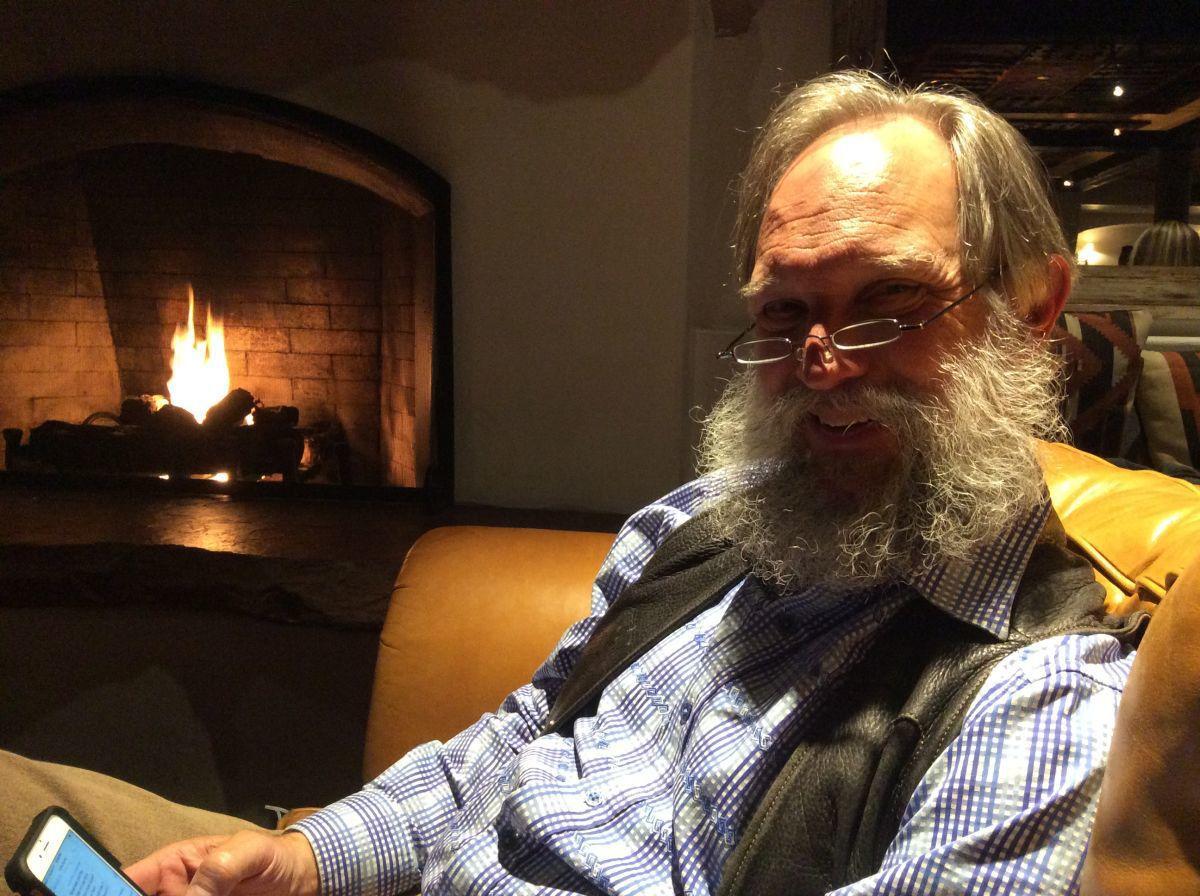 That’s one of the several difficult questions asked of the characters in Thermopolis author W. Michael Gear’s latest book, “Unreconciled.” The novel is the fourth book in the “Donovan” series, which follows a group of colonists, criminals and corporate enforcers braving an alien planet – or, as Gear likes to describe it, “Avatar” meets “Deadwood.”

“Unreconciled” is a book of several conflicts, but the central question is an alarming one: Where do you relocate a cult of practicing cannibals on an alien planet?

“Cannibals in space have never been done before, let alone by an anthropologist,” Gear said, noting his career before he became an author and how it influences his writing. “The question to these characters is ‘My god, how do you justify this? The fact that you’ve consumed your best friends?’ The way humans usually handle this is with a religious movement. (In ‘Unreconciled,’) they build an entire religion to justify the things they’ve done.”

As writers of mainly anthropological fiction, Gear and his wife, Kathleen O’Neal Gear – who officially co-writes, or at least greatly assists, with all of his novels – have a great advantage when writing science fiction. They spent much of their lives studying varying human behavioral patterns and societal structures throughout world history, so when they have to create a world from scratch, they have the necessary background knowledge to make it a believable one.

For this book, Gear said he did a great deal of research on the practice of Christian mysticism (aka mystical practices and theory within Christianity). It was difficult to get into the head of his main character, Batuhan, the messiah of this cannibalistic cult, but studying such theories taught him that, generally, religious leaders are scared to death.

“They’re terrified that they’re not up to the task – ‘God chose me for this, am I worthy?’” he said. “So that’s why that’s all written in first person. It promptly sets it apart. You’re right there in his head, dealing specifically with his problems. … Making a cannibal sympathetic was a challenge. But you have to trust the characters and have to let them exist in their universe.”

His big piece of advice for writers struggling with character development, Gear said, is listening to your characters and trusting them. Many authors don’t consider their characters as real, but by changing that mindset and sitting with these people mentally, you can speak to them and get to know them.

For first-time authors, he suggests writing extensive character bibles for each character, from the hero and the villain to the small guys, and answering everything from “What are his parents like?” to “What terrible things happened to him in the third grade?”

“Talking to beginning novelists, they are terrified because they don’t want to listen to imaginary people in their heads because that sounds like dissociative identity disorder,” Gear said with a laugh. “But the trick to a good novelist is the ability to understand your characters are real and start from the beginning and ask ‘What do you want, and what are you willing to do to get it?’ … At night, when you’ve just finished a chapter and you don’t know what happens next, that’s when you have to talk to your characters and figure out what you’re going to do now.”

To Gear and his wife, the three most important aspects of a novel are plot, character and setting, and the latter is what the couple prides themselves on putting a great deal of time into. They ensure every place they conjure is thoroughly accurate and researched, down to the geology and climatology – for them, it has to be an entire functioning ecosystem.

This latest version of the planet Donovan is so based on fact, it’s almost creepy.

“Unreconciled” opens on a grim situation. Seven ships have vanished, and the only one that did make it took 189 years – and the crew were all dead by the time they arrived. Then Ashanti, a ship only stocked with four years worth of supplies, appears after a 10-year voyage. The surviving transportees make up the cannibalistic cult led by Batuhan, and an eerily topical problem breaks out among them: an epidemic.

Gear half-jokes that this isn’t the first time one of his books has predicted a conflict within the modern world, but that’s not uncommon for skilled authors with a great deal of life experience.

“I think in order to write well, you have to get dirty with life,” he said. “You have to get out and live it, and get blood on your hands, and understand pain and love, and travel and have your heart broken and be disappointed … (then) you get to deal with how people would react when you put them in fascinating circumstances.”

What: W. Michael Gear's novel "Unreconciled," the fourth book in the "Donovan" series

As the COVID-19 pandemic continues, how do you feel about wearing a cloth mask or other type of face covering in public places where social distancing may not always be possible?

Fossil fuels an indispensable tool in the COVID-19 fight

President Trump smart to look outside of government for advice