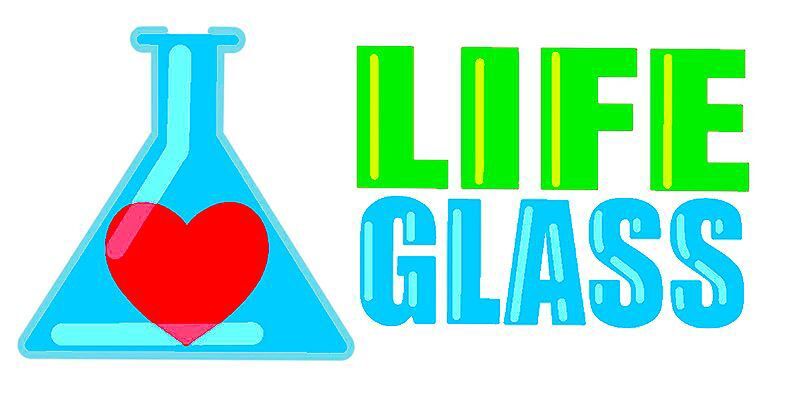 LifeGlass is the grand prize winner of the 2021 $50K Ellbogen Entrepreneurial Competition. 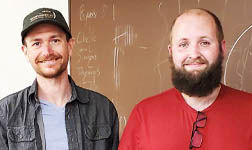 Assistant Professor or molecular biology Thomas Boothby, left, and Ryan Bettcher, a first-year molecular biology Ph.D. student at the University of Wyoming are the founders of LifeGlass, a startup company that uses the survival mechanisms of desiccation-tolerant organisms to stabilize inherently unstable pharmaceuticals in a thermotolerant, glass-like state.

LifeGlass is the grand prize winner of the 2021 $50K Ellbogen Entrepreneurial Competition.

Assistant Professor or molecular biology Thomas Boothby, left, and Ryan Bettcher, a first-year molecular biology Ph.D. student at the University of Wyoming are the founders of LifeGlass, a startup company that uses the survival mechanisms of desiccation-tolerant organisms to stabilize inherently unstable pharmaceuticals in a thermotolerant, glass-like state.

The John P. Ellbogen $50K Entrepreneurship Competition announced Laramie-based LifeGlass as the grand prize winner and awarded the startup $22,500, according to a press release.

Founded by University of Wyoming molecular biology graduate student Ryan Bettcher and UW Assistant Professor of molecular biology Thomas Boothby, LifeGlass is a revelatory solution to the “cold chain” problem — a system of refrigerators and freezers that is needed to keep certain life-saving pharmaceuticals cold and viable. In short, LifeGlass is the manipulated and engineered biological material of desiccation-tolerant organisms that can survive extreme environmental conditions.

“We can take tricks from organisms that can stabilize their biological material in extreme conditions and apply [them] to stabilizing sensitive things, like vaccines,” Boothby said.

The winning pitch, facilitated by Bettcher was concise and timely as it showcased the growing global need for sustainable packaging solutions for extremely sensitive biomaterials.

“The big problem right now is there’s pharmaceuticals that can save lives, such as vaccines [and] cancer drugs, but they have to be kept at cold conditions,” Bettcher said.

The problem, he said, is that cold modified refrigeration needs suitable infrastructure and a reliable source of electricity, which isn’t always available, most typically in the communities that need the medicines the most.

Bettcher centered his pitch on the reality that 940 million people worldwide lack reliable electricity and therefore lack access to pharmaceuticals that require the cold chain. He added approximately $35 billion dollars of spoiled pharmaceutical products is lost annually because of failures in the cold chain.

“Our product, stabilizing pharmaceuticals out of the cold chain entirely, will solve those problems and give access to all these life-saving medications to people who didn’t have access before,” Bettcher said.

The $22,500 awarded to Bettcher and Boothby will aid the pair in moving away from the edifying model-molecule research conducted in the Boothby Lab and move toward applying their findings to actual vaccines and pharmaceuticals. This step is known as R and D (research and development).

“That’s what our ask was … to make that jump from our academically-focused experiments to human health-related experiments,” Boothby said.

Bettcher added the R and D phase will help secure additional funding so they can develop their formulations and prototypes on specific pharmaceuticals. Their hope, as the business platform and research expands, is to include more researchers and affiliates as needed.

But before any sort of expansion occurs, they need to familiarize themselves with the biomaterials their product is meant for and this means obtaining vaccines and temperature stabilized medicines.

They have a small list of target molecules they want to begin R and D with, including mRNA, which is directly applicable to the Pfizer COVID-19 vaccine.

“Seeing how effective (the mRNA vaccine) is, there’s going to be a push and demand for more mRNa vaccines,” Bettcher said, who added the push will also demonstrate the cold chain problems.

Other target molecules targeted for R and D are antibodies, commonly found in cancer drugs, and blood factors for military purposes.

The Boothby lab — established in 2019 — through which LifeGlass developed, accepts funding through the Department of Defense and over the years has developed connections with the military. Boothby said it is hoped the Pentagon will be involved with LifeGlass as there is a lot of research to be conducted concerning the stabilization of blood factors for things like blood clotting.

“There are certain endogenous blood clotting factors … that are normally stored at -20 degrees,” Boothby said, which poses a potential problem for soldiers either in combat or in the field that don’t have access to temperature-controlled refrigeration.

For the time being, however, an official partnership with the DOD is mere speculation and Boothby and Bettcher didn’t comment any further.

Bettcher joined Boothby’s lab because it aligned with his own long-term goals of using astrobiology and bio-prospecting — finding novel proteins or genes — for practical purposes.

Wyoming is great because there are lots of harsh conditions, Bettcher said, which increases the chances of finding new genes that can be used to help people.

The extreme and diverse natural environments found in Wyoming offer the advantage of studying organisms that have evolved for survival, Boothby added.

“If you’re elsewhere … you don’t really have access to these environments or these organisms,” Boothby said, “The uniqueness of Wyoming is in part why we’re able to develop this technology.”

LifeGlass received the grand prize award which was a fraction of $77,000 shared among five other finalists. In addition to their big win, Bettcher and Boothby were one of the winners of the Fisher Innovation Launchpad competition, yet another startup competition; and the Daniels Fund Ethics Initiative Collegiate Program Award.

"The big problem right now is there’s pharmaceuticals that can save lives, such as vaccines [and] cancer drugs, but they have to be kept at cold conditions"