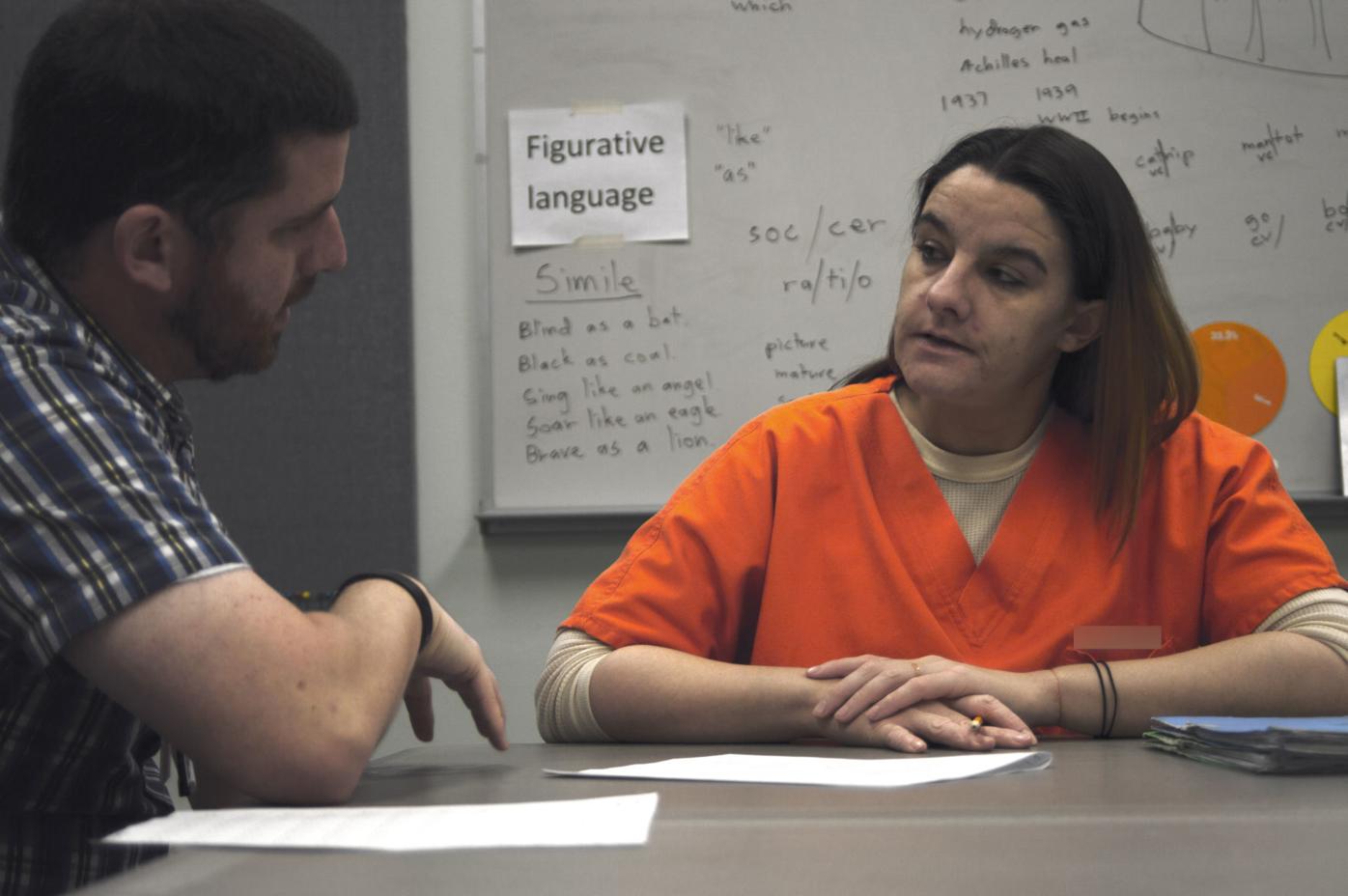 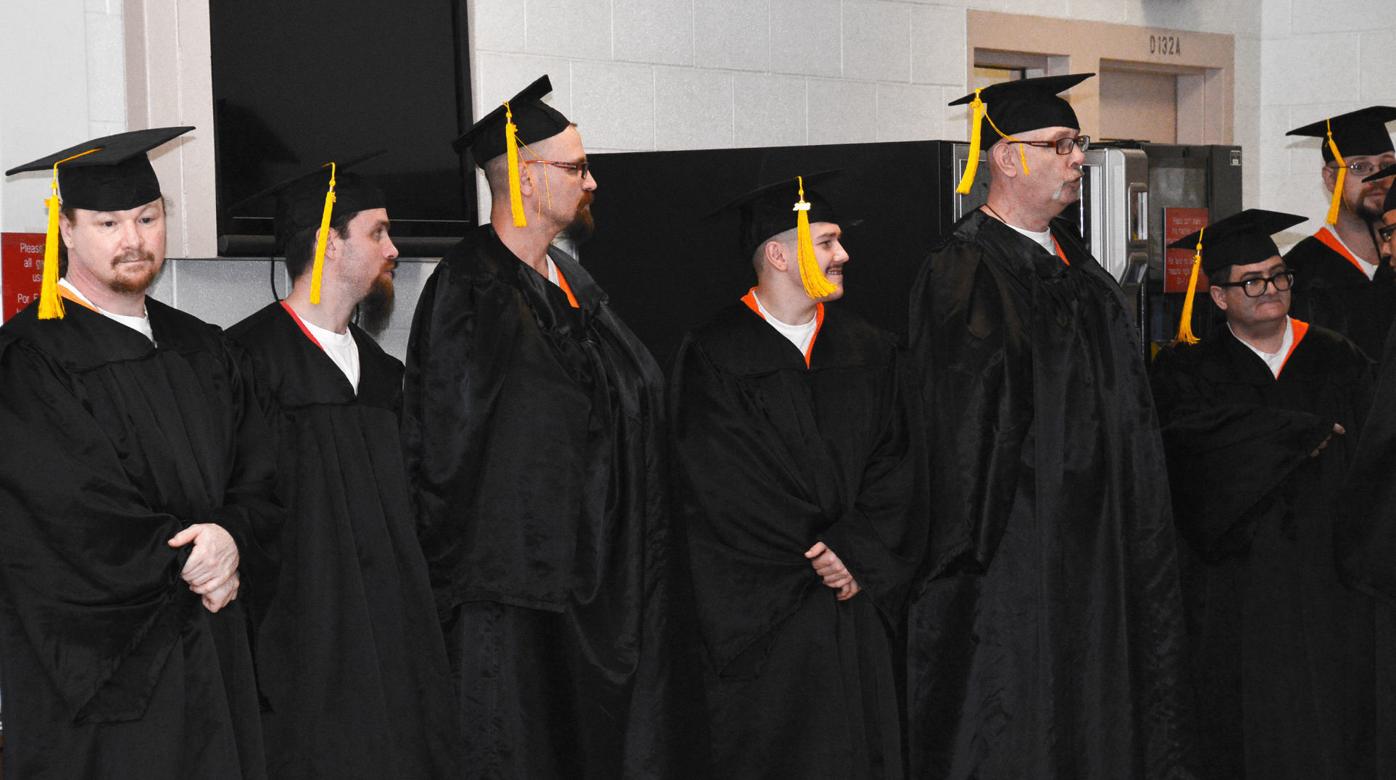 The Wyoming Pathways from Prison program and the University of Wyoming Department of Philosophy and Religious Studies is hosting a symposium addressing education in prison and the transition from incarceration to freedom.

The Symposium on Transformative Education in Prison and Beyond will be hosted Friday-Saturday at the University of Wyoming Conference Center adjoining the Hilton Garden Inn on Grand Avenue. The event is free to the public, although registration is requested. Programming and registration information can be found at www.uwyo.edu/stepb.

Wyoming Pathways from Prison is a program that seeks to provide college credit courses to incarcerated people in Wyoming correctional facilities.

Alec Muthig, co-founder and coordinator for WPfP, taught stoicism in two of the five correctional facilities in the last three years. Inspired by the feedback and interactions with inmate students, Muthig wanted to develop an event to stress the significance of philosophy as a fundamental component of societal reintegration by incarcerated people.

“The value of an education is beyond measure, especially to those who have very little access to it,” one inmate said. “I’ve had the opportunity to participate in two college courses in prison through the Pathways program.”

The biggest gain from the program, the inmate said, is the educational opportunity has given him hope.

“(It’s given me) hope that I can be a better person and make better choices, hope that I can do something positive with my life and hope that I can do and be something more than someone who has completely failed at life,” the inmate said. “The Pathways program has given us the opportunity to receive an education and a desire to change. ... Someday, some of us will leave these walls, and having the drive and knowledge we have gained will help us as we are now better prepared to be successful and hopefully productive citizens.”

Muthig reached out to Rob Colter, an academic professional lecturer in the Department of Philosophy and Religious Studies at UW who co-taught stoicism with Muthig and leads the annual Stoic Camp, drawing participants from all around the world. While brainstorming with department head Susanna Goodin, the event evolved from a focus on philosophy education in prison to a symposium about embracing education as a transformative process.

The impact of college education courses on the success of inmates, both in the correctional system and after release, affect not just the individual inmate, but society as a whole. Recidivism, a relapse into criminal behavior, is common for those released from a period of incarceration. Some stumble because of limited financial resources, being unprepared for social reintegration, lacking family support and discrimination based on criminal records.

Additionally, previously incarcerated people often have difficulty in attaining steady work because of a lack of work skills and education. Recidivism leads to overpopulation in the correctional system and reliance on government programs after incarceration, which affects the economy and lessens the quality of life for many people.

“Not to sound ungrateful — because I couldn’t possibly be any more appreciative — but we definitely need more programs like this,” another inmate student said. “If pursuing a degree were possible when I arrived, I would probably have a master’s degree by now, perhaps even two. Although it’s too late for me to get a degree in prison, that shouldn’t deter you too much from advocating that others should be educated before being released. The science on the inverse correlation between recidivism and education has been known for some time now. Prison reform has to start somewhere; why not here?”

Colter, Goodin, Muthig and Susan Dewey, co-founder and coordinator of WPfP, applied for funding through the College of Arts and Sciences Special Symposia/Lecture Series Fund and were awarded $25,000. The award, combined with other funding sources, allowed the cohort to arrange for several well-known speakers, including Damon Horowitz, Jody Lewen, Mary Gould, Ben Walker and Erin Castro.

When asked about expected outcomes from the symposium, Muthig said the goal is to “connect ideas and people in the realm of transformative education, particularly higher education, and to determine the way forward.”

As a testimonial to the strength of college education for incarcerated people, T.R., an inmate in the Wyoming Honor Conservation Camp, offered a reflection after attending a stoicism course in 2017.

“I am honored to have had the opportunity to participate in the Stoic Camp offered by the University of Wyoming,” T.R. wrote. “The most striking aspects of the program are that it was conceived, conducted, and supported by the people who freely give of themselves for the good of others. The Stoic mindset is something that I have stumbled upon in my own life, yet I didn’t know it had a name. I hope to continue having open discussions in the future about morals and ethics with people around me. The Stoic Camp has shown me the joy of asking a question and finding how I can come to a suitable conclusion while also living in accord with nature. There seem to be limitless situations that I can view through the Stoic lens in order to shape my conduct in a way that allows me to live an excellent life that is harmonious with nature itself.”

The Wyoming Pathways from Prison program is providing college courses to inmates in the Cowboy State, leading some inmates to have hope they can improve their lives. A symposium on inmate education programs will be held in Laramie on March 29-30 at the University of Wyoming Conference Center.