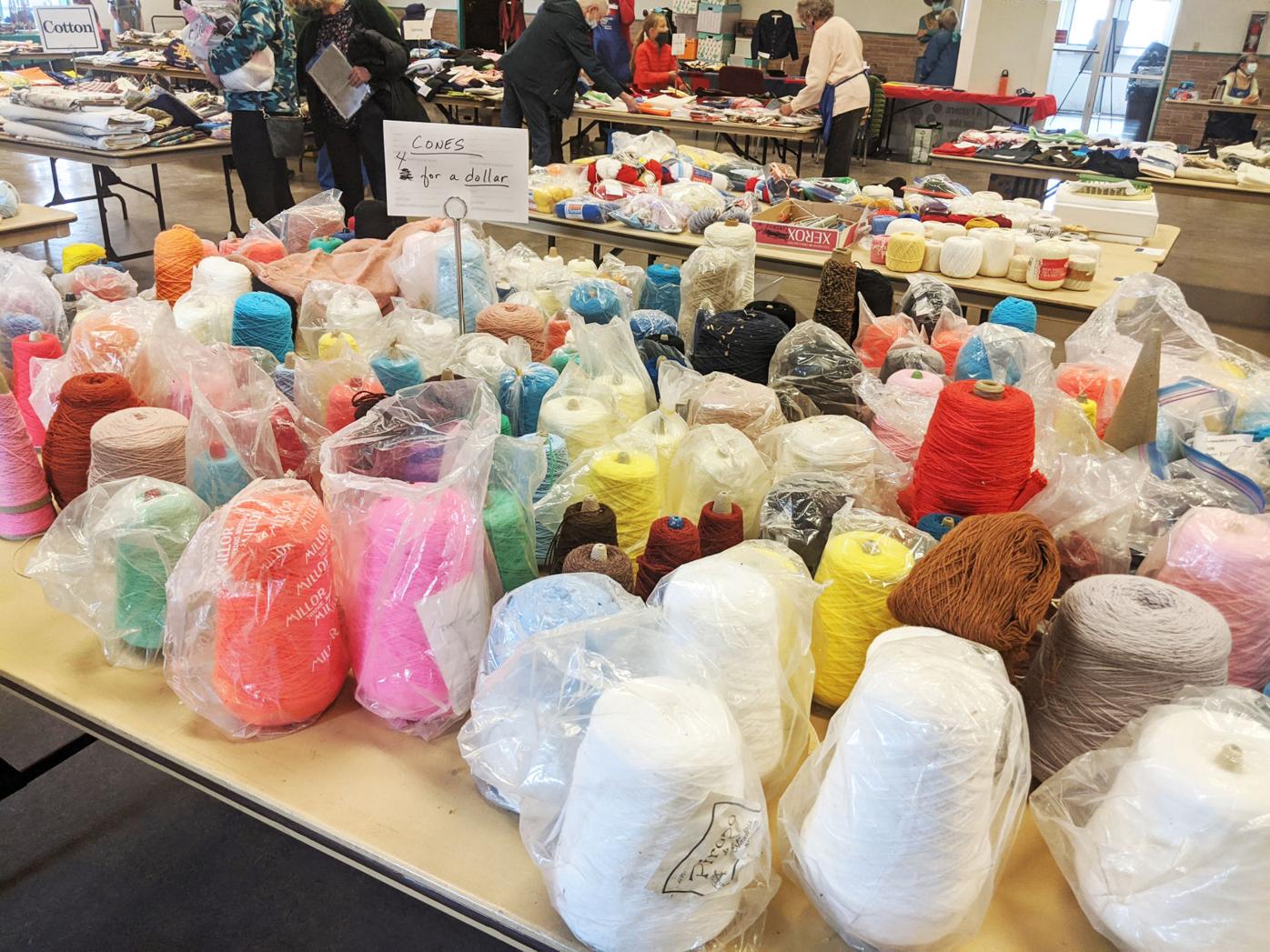 Sewing thread cones are set atop one of 60 tables set up for the 2021 American Sewing Guild fabric sale at the Albany County Fairgrounds on April 24. 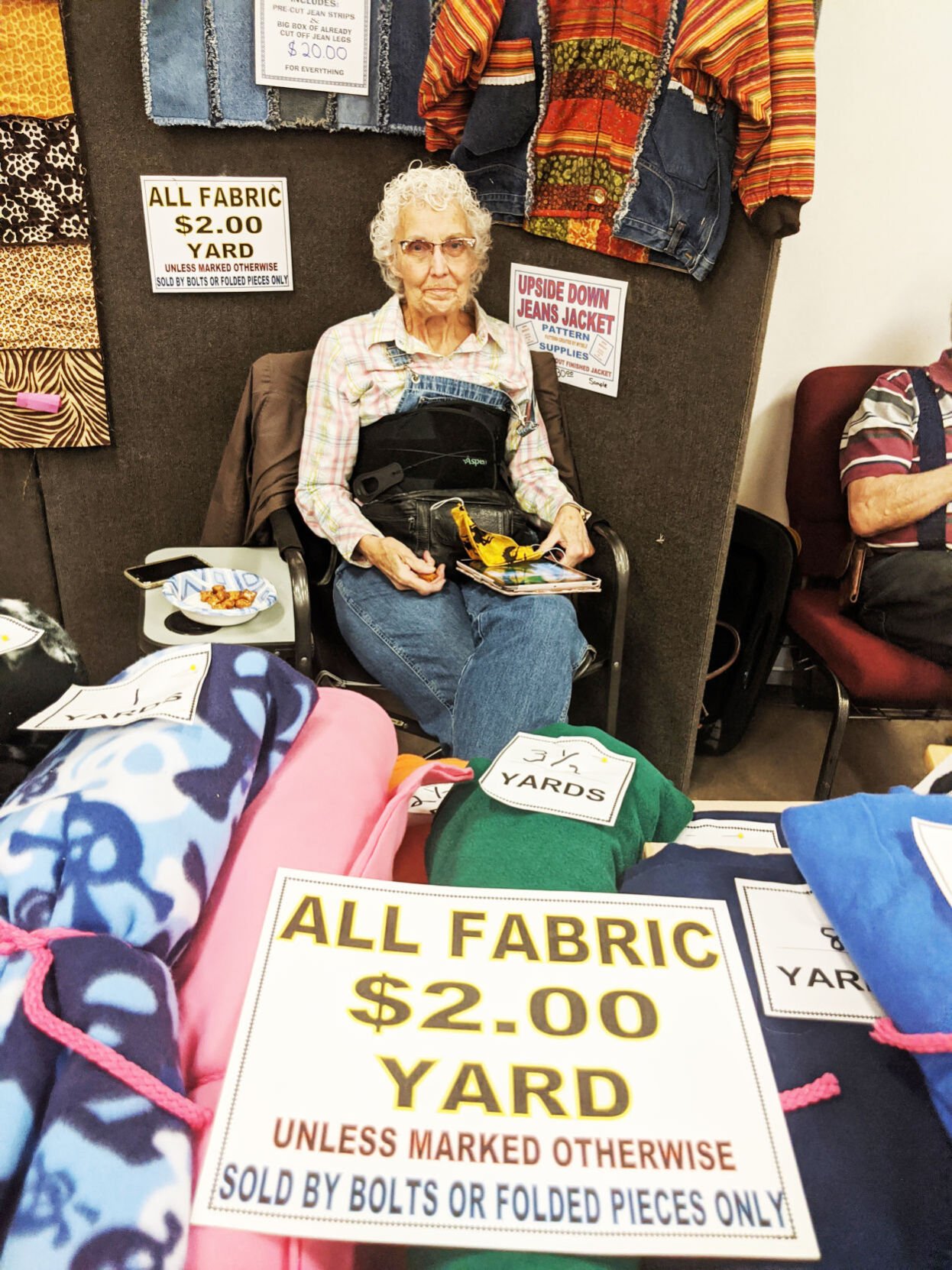 Debbie Coleman has been sewing more than 40 years, making her own clothes and those of her children. 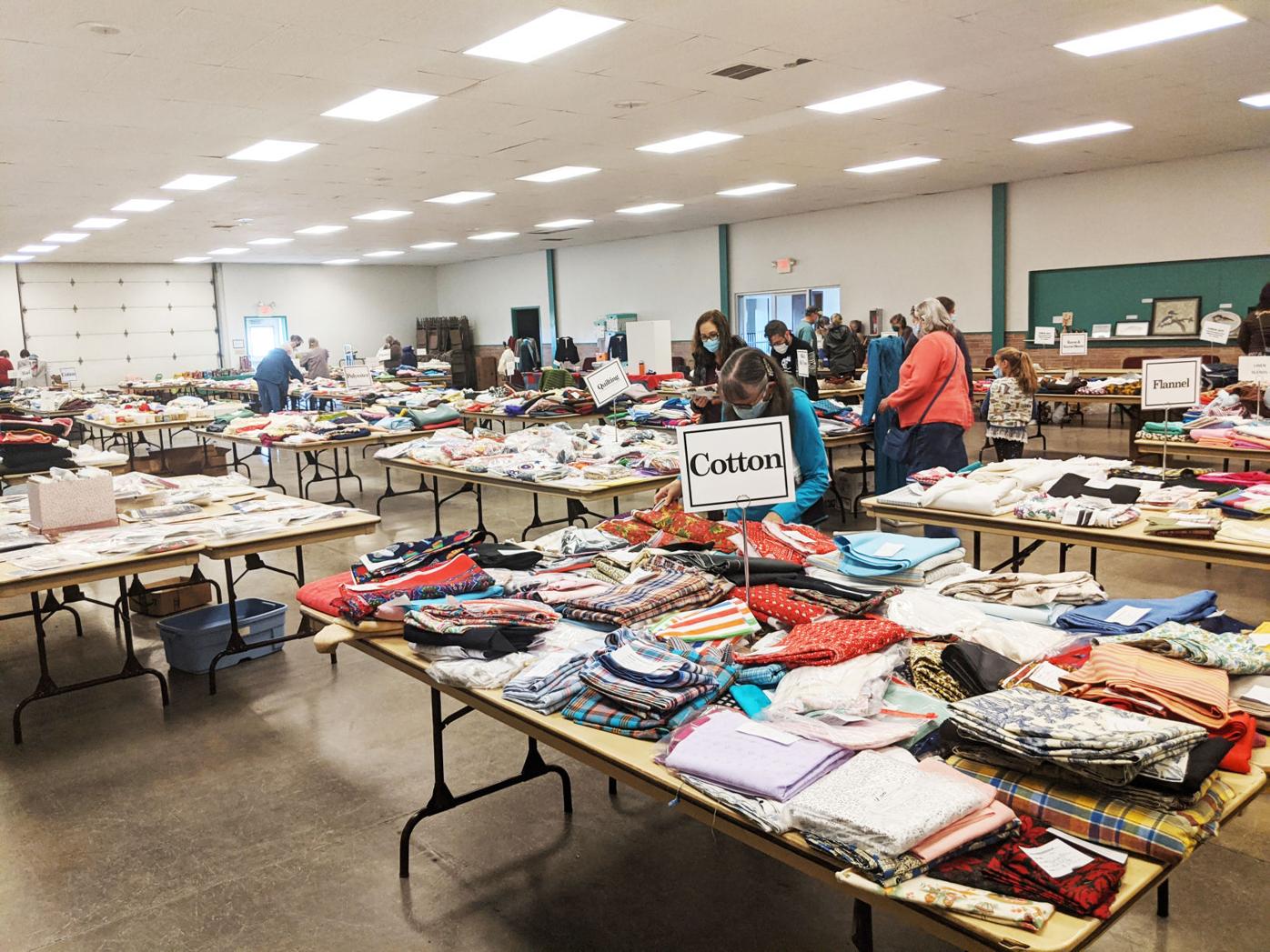 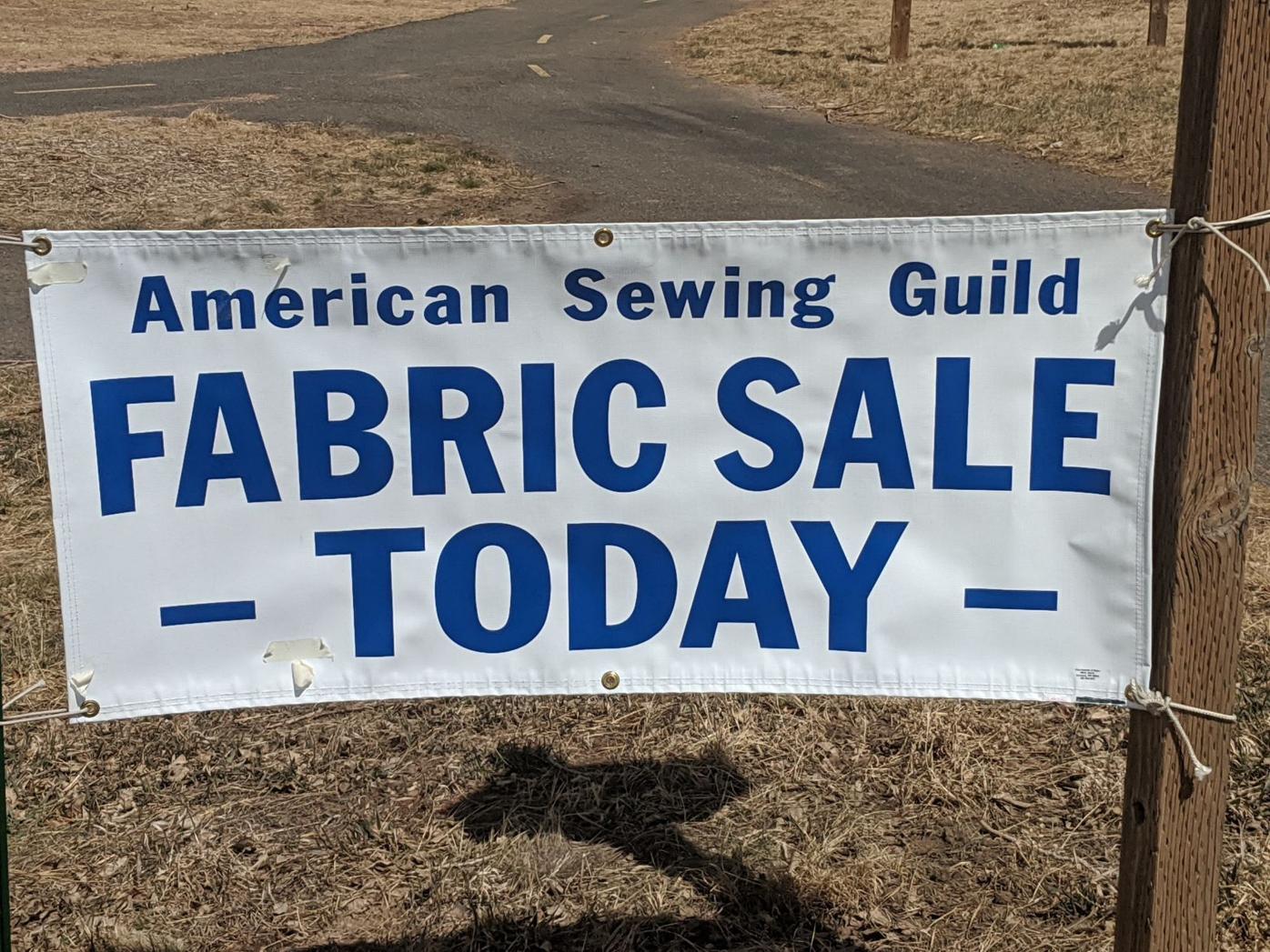 The banner outside the Albany County Fairgrounds announces the return of the American Sewing Guild fabric sale of April 24.

Sewing thread cones are set atop one of 60 tables set up for the 2021 American Sewing Guild fabric sale at the Albany County Fairgrounds on April 24.

Debbie Coleman has been sewing more than 40 years, making her own clothes and those of her children.

The banner outside the Albany County Fairgrounds announces the return of the American Sewing Guild fabric sale of April 24.

After having been canceled last year because of COVID-19 restrictions, the return of the American Sewing Guild fabric sale was a welcomed event. When the doors opened at 9 a.m., a rush of people came swarming inside the fairgrounds building where the sale was being held.

In fact, the entire day was going well, according to Sue Green, president of the Laramie chapter. After the initial 90 minutes, it was a steady pace of people entering, browsing through 60 tables of material, finding what they liked, wanted or needed and making their purchases.

While the majority of those present were women, most appearing to be middle-age or better, there were a number of younger women, some with children, and even one or two men; of the latter, judging by the hangdog expression via body language, he was with his wife and perhaps they had been there longer than he would have preferred.

Also present were several girl scouts and adults, sitting at a table selling Girl Scout cookies. They also were doing a brisk business. However, the allure of all the fabric and accoutrements proved tempting for two older scouts, Aubreight Appelhann and Ally Sopr.

“I’ve been knitting two years,” said Appelhann, who began knitting because her grandparents knitted. “They made beautiful things and I wanted to do the same.”

For Sopr, her passion is attaching lace to garments, such as around collars and hems.

However, the two of them were focusing their attention on washable material colored purple.

While many of the tables were those belonging to the American Sewing Guild, there were one or two with outside vendors, one of them being Debbie Coleman, of Laramie, who acknowledged she is not a member of the guild. She had completed items, as well as bolts of cloth and skeins available.

Coleman said she had been sewing more than 40 years, starting as a child.

“My mother is very talented,” Coleman said, explaining how she got her start. “We used to go to San Francisco and buy material. “While others wore store bought clothes, my mother and I made mine. The others were so jealous.”

As an adult, she made clothes for her children. Like her, they preferred those to store bought clothing, she said.

Nowadays, though, she doesn’t do much because she has arthritis, but before then she often made Western shirts.

ABOUT THE FABRIC SALE

The fabric sale, Green said, has been going on since 1990, and is held every other year. During the off-year, fabric and related items are gathered and stored at a member’s residence. Proceeds from sales (and other fundraisers) go to several projects. For the guild, proceeds are used to bring in outside presenters.

“This is for us to expand our knowledge and appreciation,” said Green. Proceeds also serve as donations to other community organizations.

As for the sale itself, this year the guild began setting up Friday. It makes for a long, arduous day, because the fabric has to be measured and priced, said Green. But in the end it is worth it.

As for what is left over, it gets divided. A portion will be saved and stored for the next sale.

“We donate the rest to the Clothing Cottage. It’s a thrift store behind the Catholic Church,” Green said.

ABOUT THE AMERICAN SEWING GUILD

The American Sewing Guild was founded in 1978 for the purpose of preserving and promoting the sewing arts. It is a nonprofit and is based in Houston, with chapters across the nation.

“We are the only American Sewing Guild in Wyoming,” said Green, president of the Laramie chapter. While most of the members are from Laramie and Albany County, there are some who live further away, such as in Lander. “We are a nonprofit and we’ve been around about 50 years. Right now we have 36 members.”

The Laramie chapter meets the fourth Monday of each month from September through May. Meetins start 7 p.m. at First United Methodist Church, 1215 E. Gibbon St.