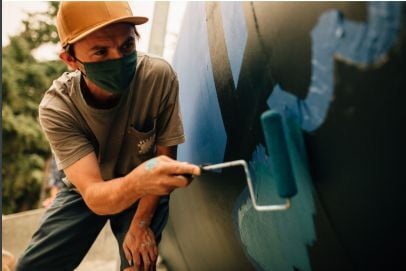 Artist Conor Mullen works on a mural at LaBonte Park. The mural reflects the park’s history and community. 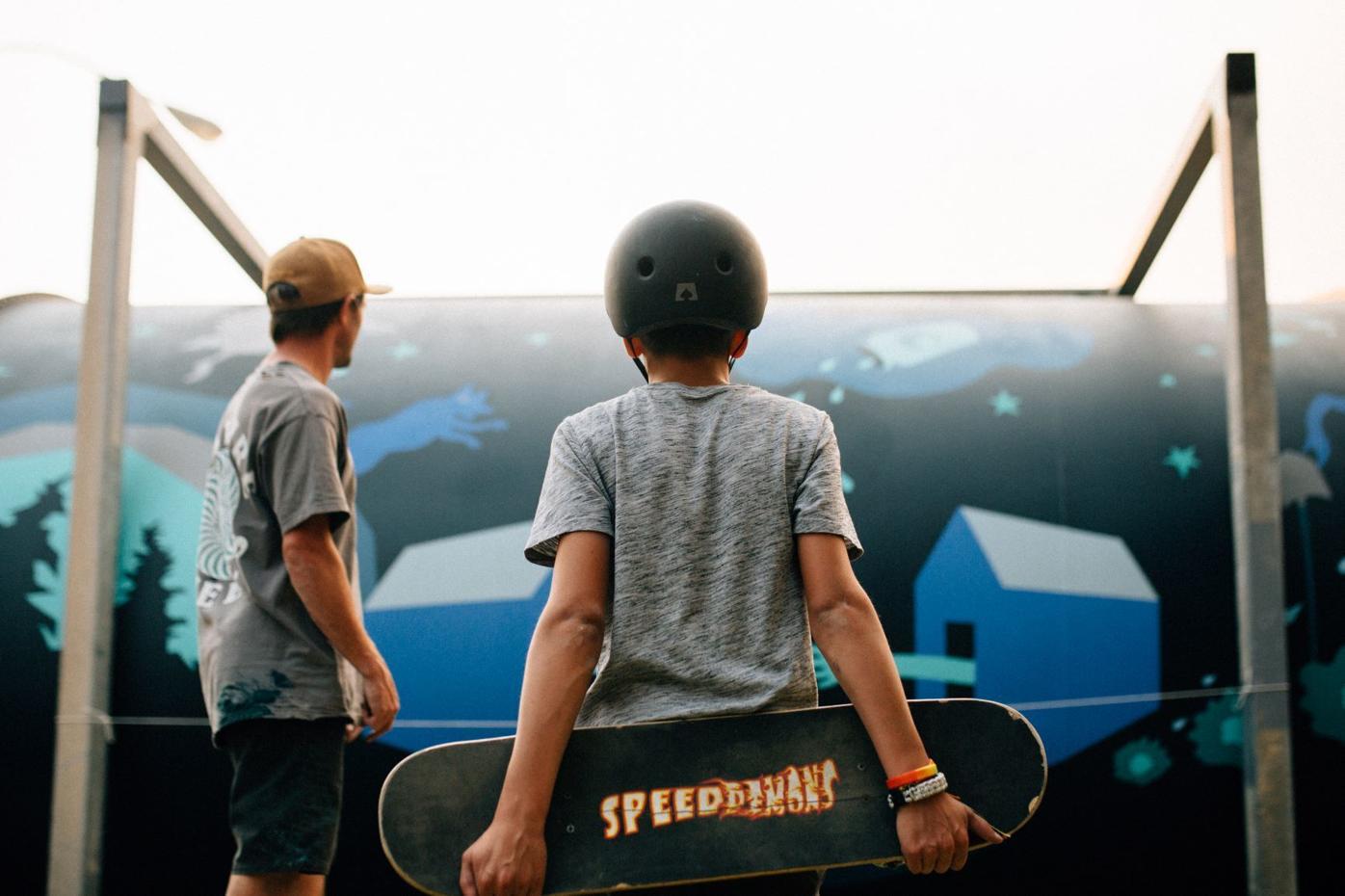 A new mural at LaBonte Park celebrates the park’s community and history. Artist Conor Mullen completed the mural this fall.

Artist Conor Mullen works on a mural at LaBonte Park. The mural reflects the park’s history and community.

A new mural at LaBonte Park celebrates the park’s community and history. Artist Conor Mullen completed the mural this fall.

A new mural at LaBonte Park celebrates the park’s history, culture and community.

Artist Conor Mullen painted the mural on the skatepark’s full-pipe, inspired by input gathered from neighbors and groups that use the park. They shared stories of visits from all sorts of wildlife, remembrances of past events, tributes to friends and nods to the park’s quirks — even recognizing its malodorous body of water.

“The question was simple: What do you love about LaBonte Park?” said Laura McDermit, executive director of the Laramie Public Art Coalition.

McDermit and Mullen started collaborating on the project in March, even before she’d moved to Laramie to start at her new position.

But for Mullen, the process got underway several years ago when Friends of Laramie Skatepark noticed the pipe sitting in a nearby salvage yard. It had surfaced at AAA Recycling and Salvage after falling off a truck, probably destined to form the body of a wind turbine.

“We noticed the full-pipe in the salvage yard across the road and got permission to test it out and skate it,” he said.

The salvage yard later donated the pipe to the skatepark, and it was moved and installed with help from the city of Laramie, the Albany County Recreation Board and several businesses.

Mullen and other skatepark users saw the pipe’s mural potential right away.

“It was an eyesore,” he said. “The outside surface was all dinged up because it had fallen off a truck.”

They sat on the idea for a few years before Mullen approached the city, which contributed funds and directed him into collaboration with the public art coalition this spring.

With the goal of creating a piece of art that reflects the park’s community, they formed an advisory board that included Feeding Laramie Valley, Friends of Laramie Skatepark, Laramie Interfaith and Laramie Youth Crisis Center — all groups headquartered in or near the park.

The group solicited public input and hosted a couple listening sessions. From those comments, Mullen saw themes emerge that he used develop the design for the 900-square-foot exterior of the pipe. After several consultations and revisions with the group, he started painting this fall.

The mural’s black, green and blue color scheme was inspired by pool tiles on one wall of the skatepark, lending it a dream-like feel. On one side, viewers might notice references to a mountain lion that wandered through the park a few years ago, Laramie Interfaith’s community-building work, and the pelicans, bats, dogs and owls that frequent the park.

There are tributes to the past use of the lake for ice skating and the history of the Fort Sanders building — now occupied by Feeding Laramie Valley — as a children’s museum and recreation center.

The west side is dominated by a salamander on a skateboard, a nod to another of the park’s wildlife residents. Bats are depicted carrying a trowel and a bucket, both used in building concrete skatepark features. Small initials honor two members of the skate community, Jeremy Zubik and Robbie Ramirez, who have died in recent years. A sunhat honors Josh Kaffer, a leader in the skate community.

“He’s given a lot to the park,” Mullen said.

An image of clasped arms recognizes a teaching method used to stabilize young skaters learning to drop into the pipe. A thank-you card remembers the businesses and individuals that contributed to the park’s construction in 1999.

Mullen said the project was his first mural, and the curved space presented a new challenge. As he was painting, he also learned to plan for additional time to chat with passersby who peppered him with questions about the project.

“When you’re working on a public work, there’s part of you that needs to be social,” he said.

McDermit said the mural is a true reflection of the LaBonte Park community.

“That’s really the core of what public art should be,” she said. “It should be a reflection and an opportunity for telling the story of a neighborhood.”