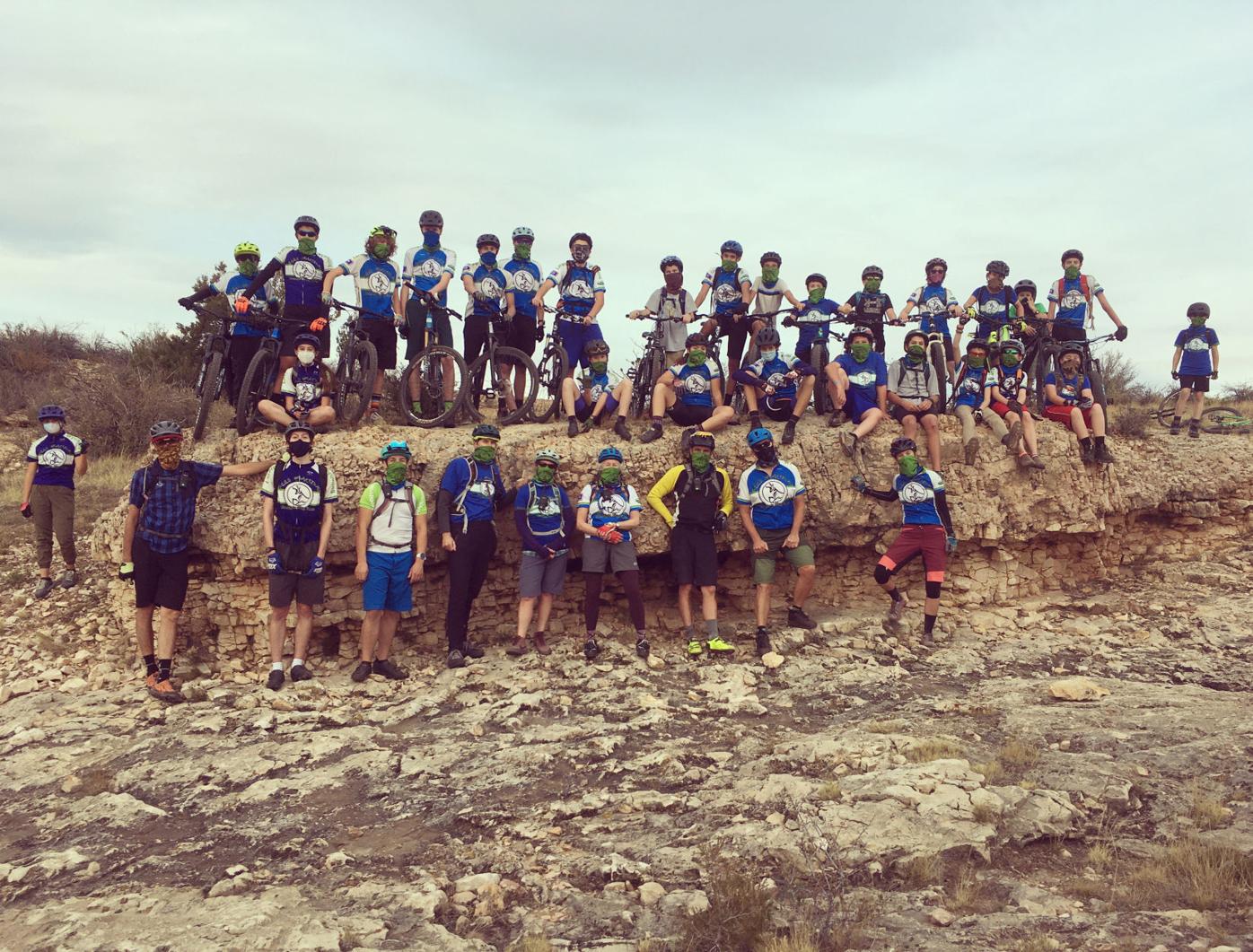 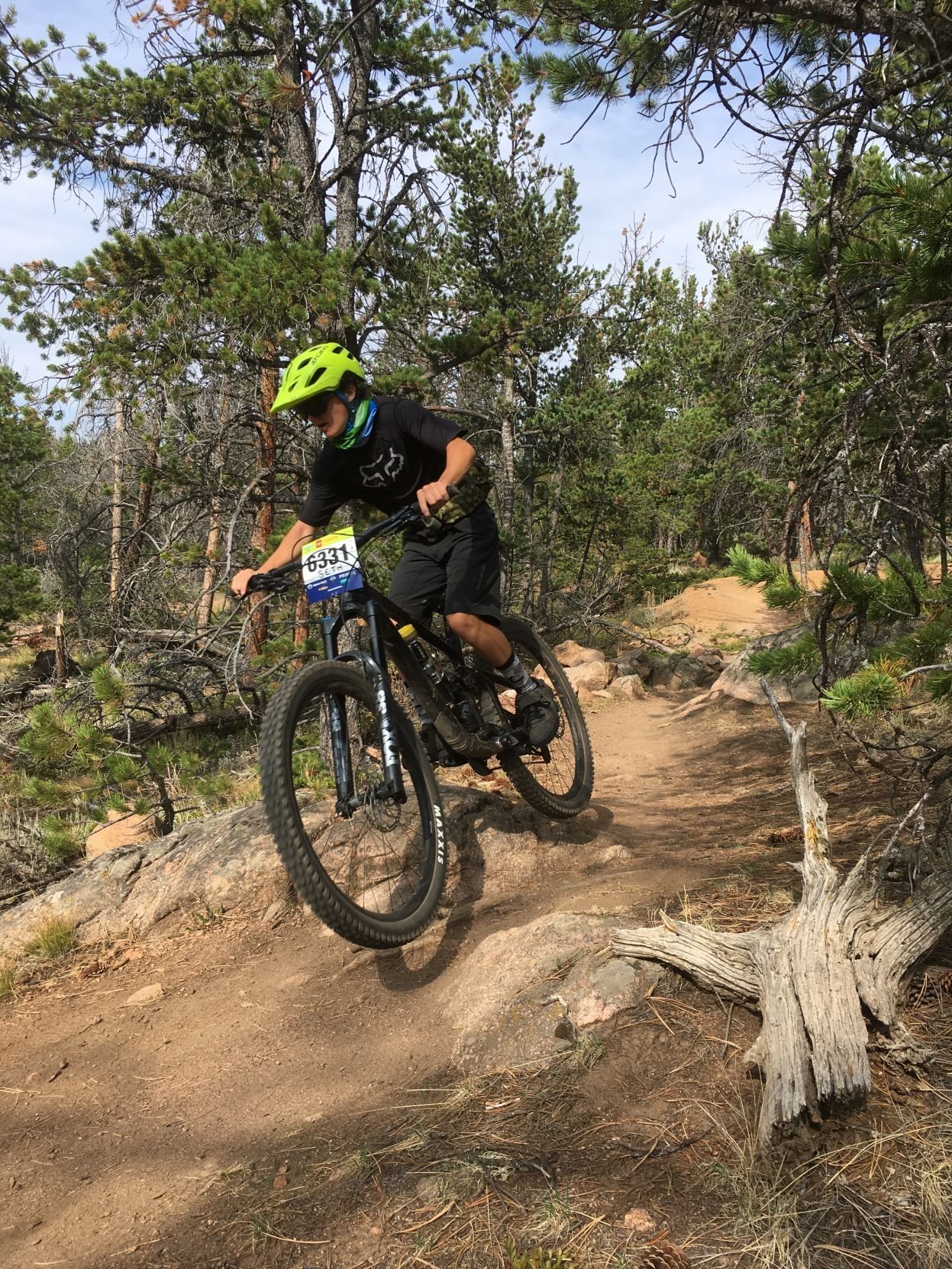 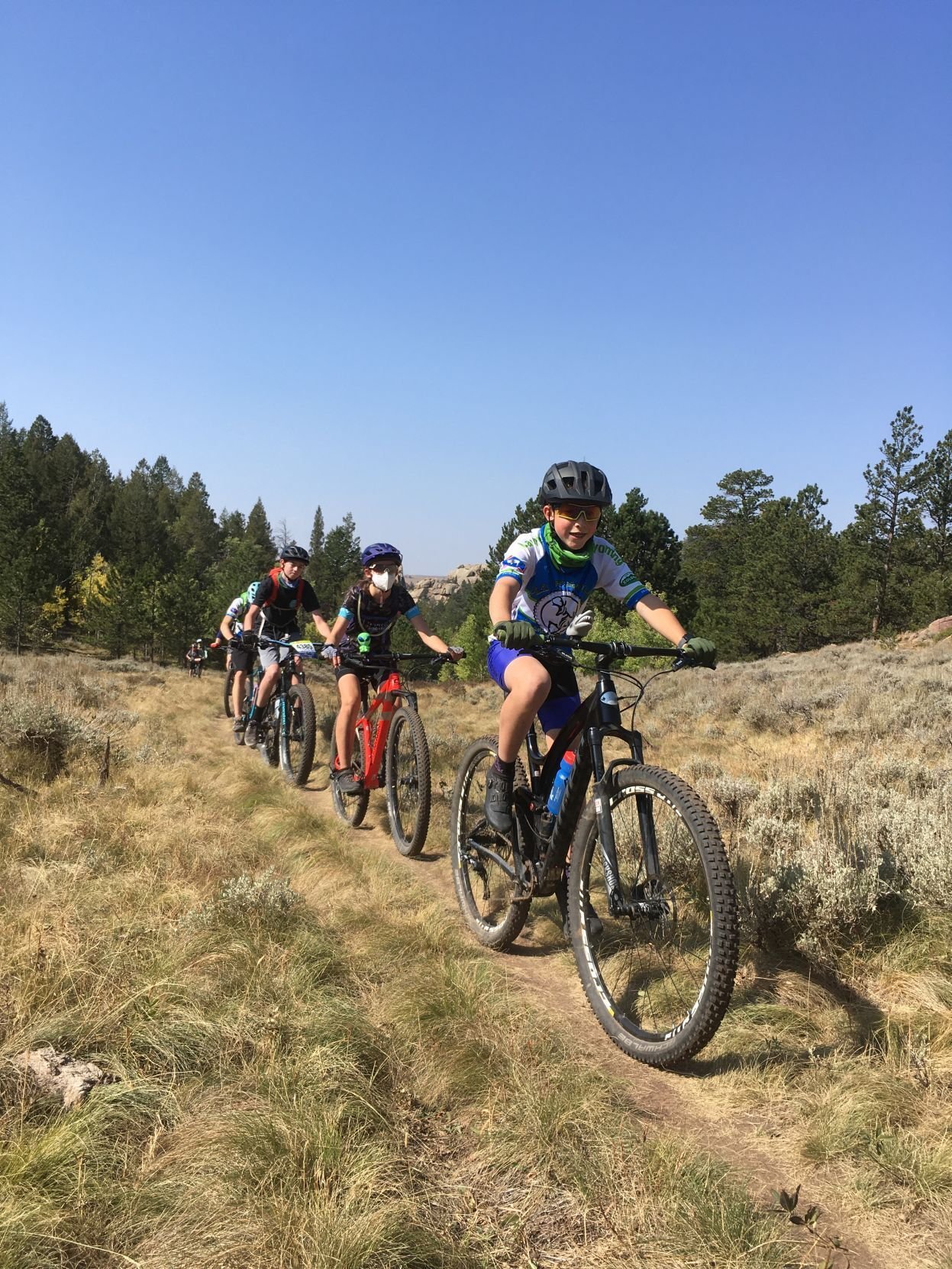 The team has been part of the Colorado league for the last decade as it has grown to include thousands of athletes from three states. Accordingly, in-person races were cancelled this fall.

“They would typically have more than 3,000 people at a single event,” said coach Cindy Dywan.

Instead, the team has focused on virtual challenges completed during weekend camping trips, which are as much about the opportunity to ride together on local trails as they are about tallying points.

Last weekend, the team traveled to Glendo State Park for an overnight trip in collaboration with a Cheyenne-based team called WyoX. They completed a timed ride, a skills course and a group ride. The virtual challenge was to accumulate as much elevation gain as possible during their rides.

“We’ve combined the challenge along with a fun weekend of events that we think students will have fun with,” Dywan said. “It’s been a really good way for students to be able to get out on the weekend.”

During a recent weeknight practice, more than 30 riders were in attendance. The team is open to both middle school athletes and high school athletes, although only those of high school age can compete in the league itself. This year, that distinction isn’t as important.

Dywan said more than 50 riders have participated at some point. The Colorado league requires all participants to wear face coverings during practice and record their temperature as they arrive.

“Being able to find a fun, safe way for your students to be able to get out, be active and have the opportunity to be able to interact with other kids right now is huge,” she said. “A lot of our kids really appreciate having the ability to have something that’s semi-normal.”

While some students said they miss the opportunity to race in person, most athletes enjoy mountain biking in its own right.

Eighth-grader Jansun Kitchin joined the team this year at the suggestion of his school counselor and said he loves riding on trails.

“I’ve always been pretty good on a bike,” he said.

Junior Isa Naschold said she misses the competition, but she appreciates the opportunity to do challenges and include younger riders.

“It’s a better team-bonding experience because the middle schoolers can also participate,” she said. “I feel like everybody can participate this year.”

“It’s even more fun this year because there’s no stress,” she said.

The Colorado High School Cycling League’s 2020 challenges are scheduled to be completed by Oct. 18.