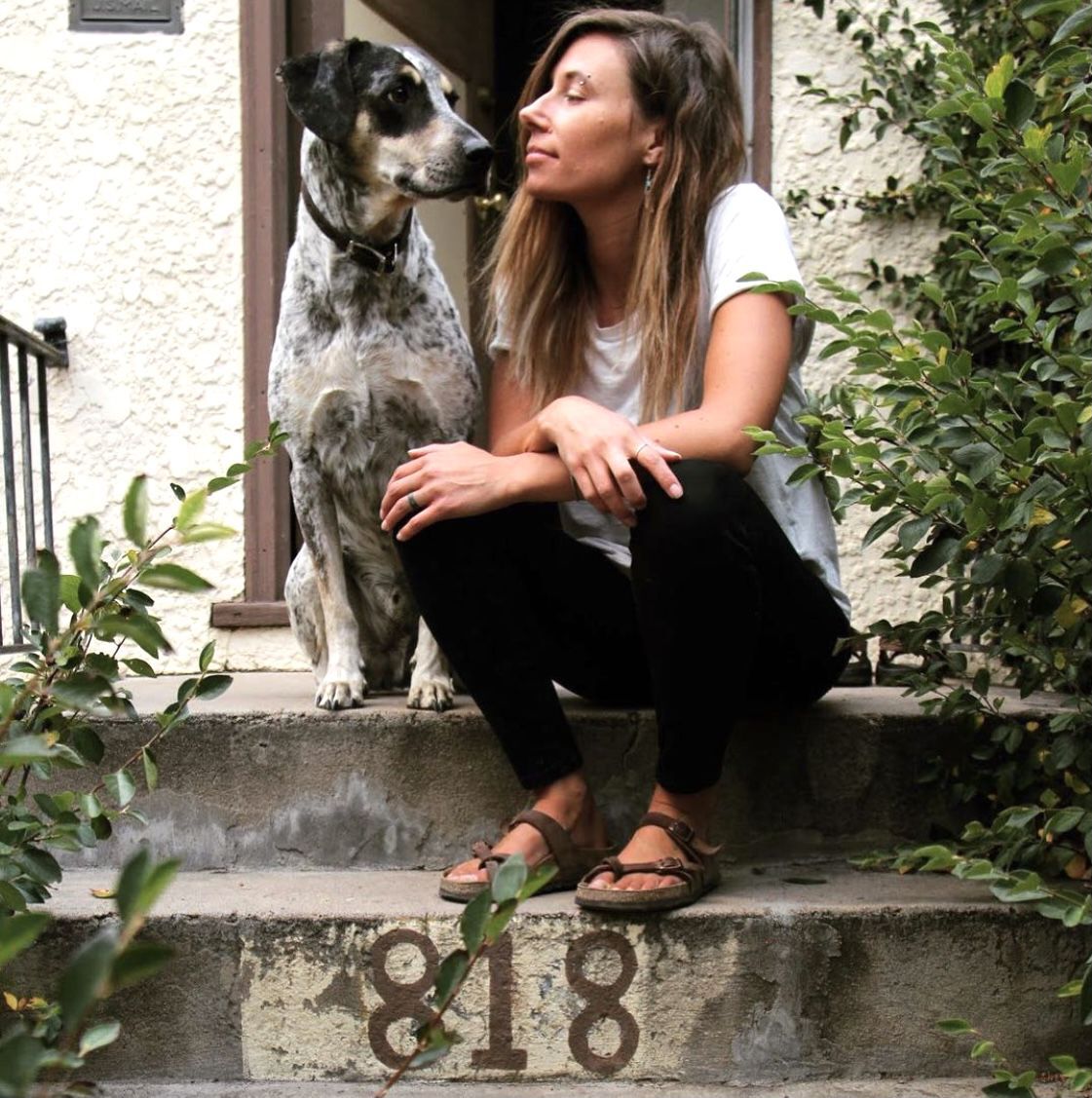 Rose Curtis and her dog, Louis. 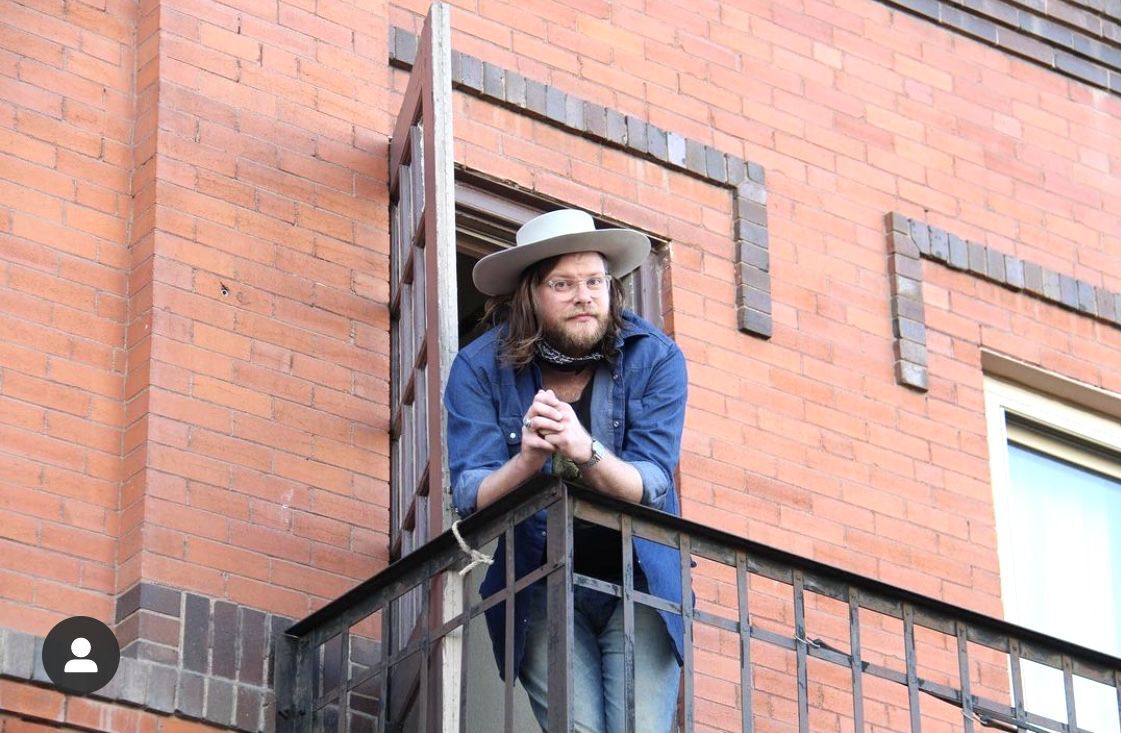 While most of those who have agreed to pose for Rose Curtis and her series of photos during the pandemic, there are those who have requested their photos be taken from a distance, which Curtis is happy to oblige.

Rose Curtis and her dog, Louis.

While most of those who have agreed to pose for Rose Curtis and her series of photos during the pandemic, there are those who have requested their photos be taken from a distance, which Curtis is happy to oblige.

What does it mean to connect with and see people in the community in a time of mandated isolation and social distancing, especially when being physically near others has become dangerous?

It's been months since we've been able to look at peoples' faces in public places, where we are living in a perpetual sea of masks. In order to grapple with this disconnection, Rose Curtis has been taking socially distanced portraits of people for a project she calls People of Laramie.

“I was standing in my front doorway back in May when we still weren’t allowing people to come into the house, and I was talking to a friend,” said Curtis. “I’m a really welcoming person, and it felt terrible that I could not invite this person into my house.”

Standing on her porch, the distance between them was so beautifully framed before her. She thought it would make for a powerful image that marked a year defined by distance.

To start the series, Curtis reached out to friends and asked them to pose for her outside their homes. In addition to the photograph, she asks each participant to provide a reflection. At first the question was specific: in what ways had the quarantine changed you, and what has remained unchanged? As the project evolved and as the pandemic raged on, the reflections became more generally about what people wanted to share about their experiences through this time.

“I’ve seen a lot of optimistic reflections, which is great,” Curtis said. She said that typically the expression of a portrait will align directly with the tone of the subject’s reflection. If a person is hopeful or if they are grieving, it will show in their expression.

Curtis added that the reflection part allows people to slow down and tune into their own thoughts and experiences. Many folks may not have taken the time to ask themselves how they are doing and what they are feeling through this crisis, and it’s an opportunity for them to do so.

The project has been a learning experience for Curtis in many ways. Not only has she been able to meet new people, but it has reinforced to her how important human connection is.

“I’ve learned that I’ve taken my relationships for granted in the past. I’m an introvert, and I still miss people dearly!” she said. It’s also been an opportunity for her to practice and display empathy through a collectively difficult time.

Since the beginning of the project, Curtis has had the chance to photograph friends and strangers alike. She has been grateful for the chance to meet new people because she is able to connect with someone who is different from her. Her aim is to collect more diverse and representative stories from the community.

“I still haven’t been able to photograph much of our older population or families with young children,” Curtis said. She is hoping to gain some interest and participation from that segment of the population, and put out a call for participants.

She acknowledged that having one’s portrait taken and reflecting on one’s experience can be scary for a lot of people. She finds that a lot of people don’t think their experiences are important enough to tell.

“I don’t think many of us think highly enough of ourselves,” Curtis said. She hopes more people from different populations will see this and reach out to her because she wants to capture a true representation of the community, and she needs more voices.

Safety is still of the upmost importance to Curtis, so she wears a mask the entire time she is shooting. She also has various lenses that she can use on her camera so if someone wants her to remain very far away, she is able to do so.

As for the future of the series, Curtis hopes that she can end it sometime this year. The end of the series would signify the end of the pandemic, and all the isolation that comes with it. When it is safe, she would love to display the series in a gallery or public place, and to have a printed version created.

“It’s an all digital project right now, and it would be nice to feel or hold a photograph and have a physical connection to it,” Curtis said. In the aftermath of COVID-19, perhaps the ability to connect outside of the digital ether will become much more precious to us all.

Curtis encourages people to get in touch with her to participate in the portrait series. She can be reached via email at rosecurtisphotog@gmail.com. She can also be contacted on the People of Laramie Facebook page, or on the Instagram account @peopleoflaramie.