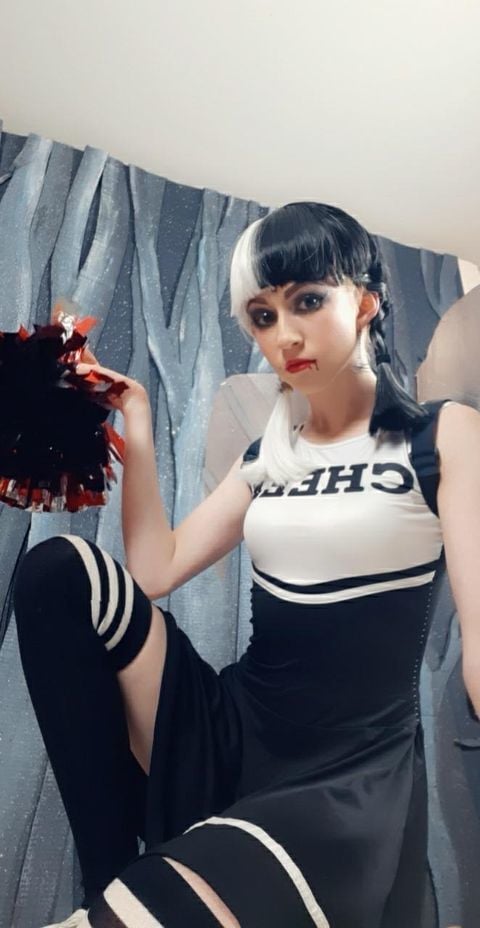 The character of Agnes Evans is the heroine (or is she?) in "She Kills Monsters," being presented livestreamed Feb. 23-28. Showtime begins 7:30 p.m. 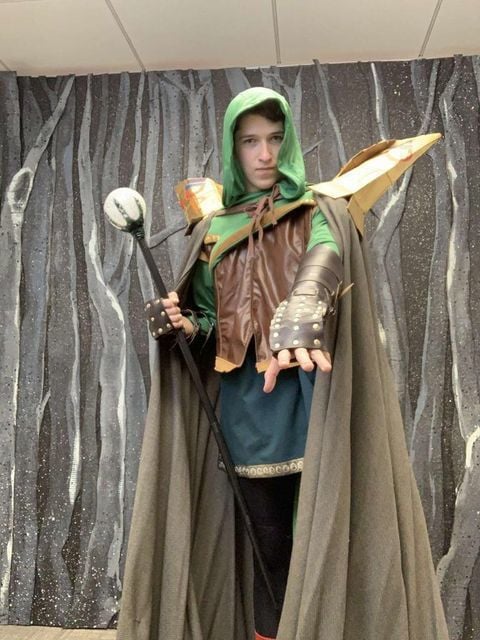 Each of the actors in "She Kills Monsters" will be performing their roles in separate rooms on the UW campus. The show will be livestreamed Feb. 23-28, with showtime beginning 7:30 p.m.

The character of Agnes Evans is the heroine (or is she?) in "She Kills Monsters," being presented livestreamed Feb. 23-28. Showtime begins 7:30 p.m.

Each of the actors in "She Kills Monsters" will be performing their roles in separate rooms on the UW campus. The show will be livestreamed Feb. 23-28, with showtime beginning 7:30 p.m.

Agnes Evans is your average cheerleader-type teenager. But, Agnes is struggling to come to terms with the death of her geeky younger sister, Tilly. She finds Tilly’s Dungeons and Dragons notebook containing an unfinished campaign, and then embarks on a journey of discovery into the imaginary world that was her sister’s refuge. Through this journey, she tries to connect with Tilly one last time. This is the premise of Qui Nguyen’s wildly popular comedy-adventure, “She Kills Monsters: Virtual Realms.”

Originally written for live performance spaces, the University of Wyoming Department of Theatre and Dance will be performing an adapted version of “She Kills Monsters” via livestream from 7:30 p.m., Feb. 23–28.

“The playwright revised the show in response to the pandemic,” said Landee Lockhart, assistant lecturer at UW and director of the play. Adapting live plays for virtual spaces can be quite challenging, and Nguyen took on that monumental task. This made it easier for UW to adapt to a livestreamed performance.

“The actors will also be playing characters much closer to their age than they normally do. I really liked that about this play, and wanted them to be able to experience that,” said Lockhardt. Typically, the young student actors play much older characters.

The production is particularly notable for its high level of student collaboration. Students serve as choreographers, associate scenic/props designers, technical director, dramaturg, and Dungeon Master. Additionally, Lockhardt was drawn to this piece because it required a fairly large cast. The play will incorporate the performances of 13 student actors.

This won’t be the UW Department of Theatre and Dance’s first virtual production since the start of the pandemic. Since the summer of 2020, they have put on four virtual performances.

“But it is my first production in this format,” said Lockhart. She explained that the actors will be alone in different rooms throughout the Buchanan Center for the Performing Arts. They will be surrounded solely by their own lighting and camera equipment. This allows the actors to work safely and unmasked. Actors will then interact with each other over Zoom throughout the performance.

“It’s super innovative and unique,” said Carson Almand, a musical theater student at UW and member of the production’s cast. He feels confident that it will be an interesting and engaging experience for everyone involved.

“Theater is all about adapting and working with what you have,” Almand added.

“I’ve been filming completely from my house because I’m the only off-campus student. I have an entire set in my upstairs bedroom with cameras, lights, and microphones. I’ll be doing all the costumes and technical stuff on my own,” said Hazel Homer-Wambeam, a musical theater student at UW and cast member.

“It was a struggle to teach choreography over Zoom, but all the actors have been really willing to learn,” she said.

Lockhardt explained that the center of the story is the relationship between Agnes and her younger sister. The play is about her coming to terms with Tilly’s death, and the regrets she has in regards to that loss. Because the play uses Dungeons and Dragons as a plot device, there are many fantasy components intertwined with the human element.

While the play revolves around the characters and their adventures in a Dungeons and Dragons campaign, ultimately it has a deeper meaning and context.

“This is a story of friendship, love, and loss. It is a meditation on how we make peace with what we cannot change and learn to forgive ourselves, forging new pathways in process,” said Lockhardt. This is an important lesson during a time of collective loss and uncertainty.

“She Kills Monsters: Virtual Realms” will livestream at 7:30 p.m., from Feb. 23-28. Tickets are free for UW students with a W number, and $5 for others. Tickets can be procured by contacting the Buchanan Center for the Performing Arts Box Office at 307-766-6666, or online at www.uwyo.edu/finearts. Box Office personnel will provide viewers with instructions on how to access the livestream.