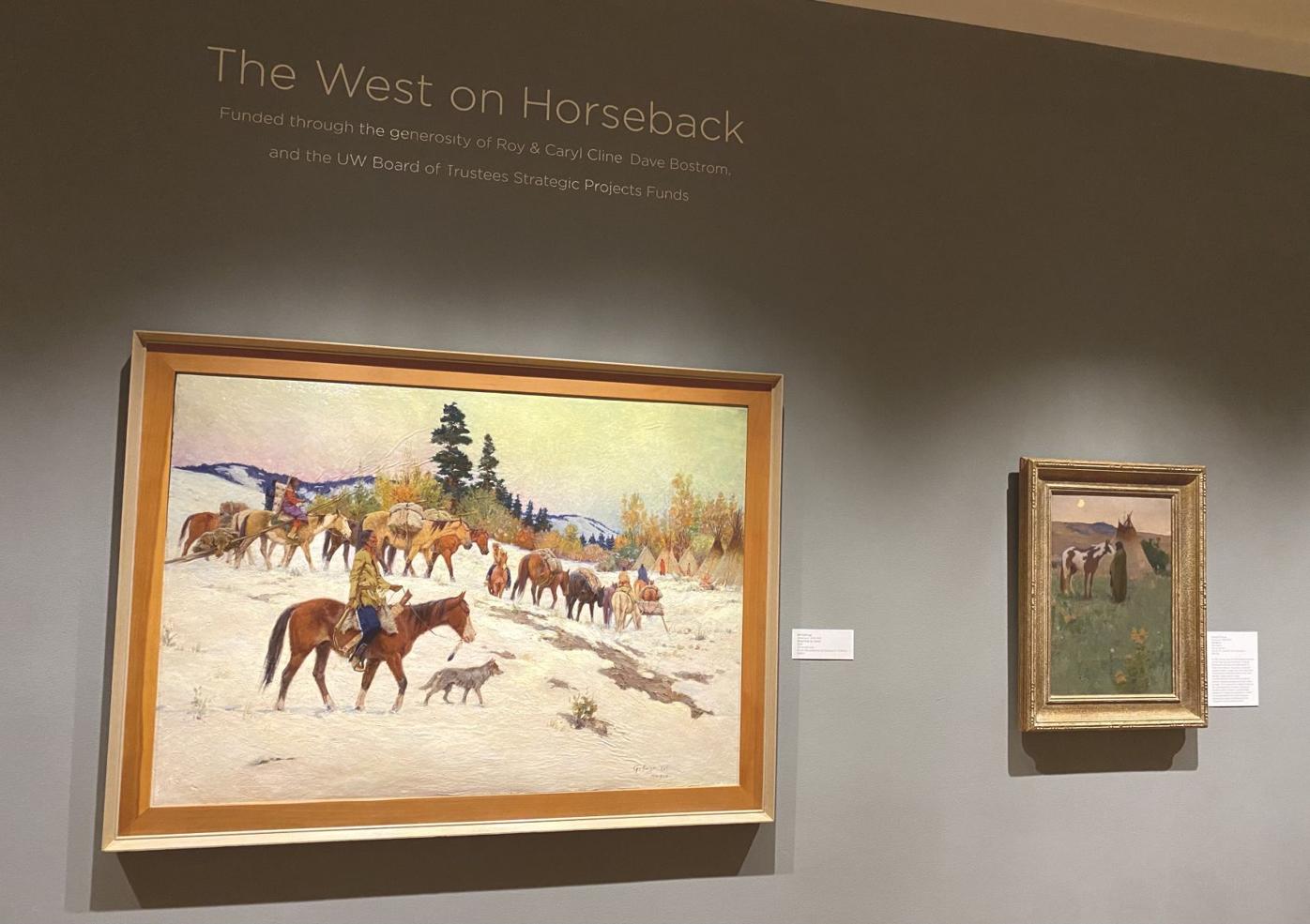 “Returning to Camp” was painted in 1928 by Bill Gollings. It is an oil painting done on elk hide. 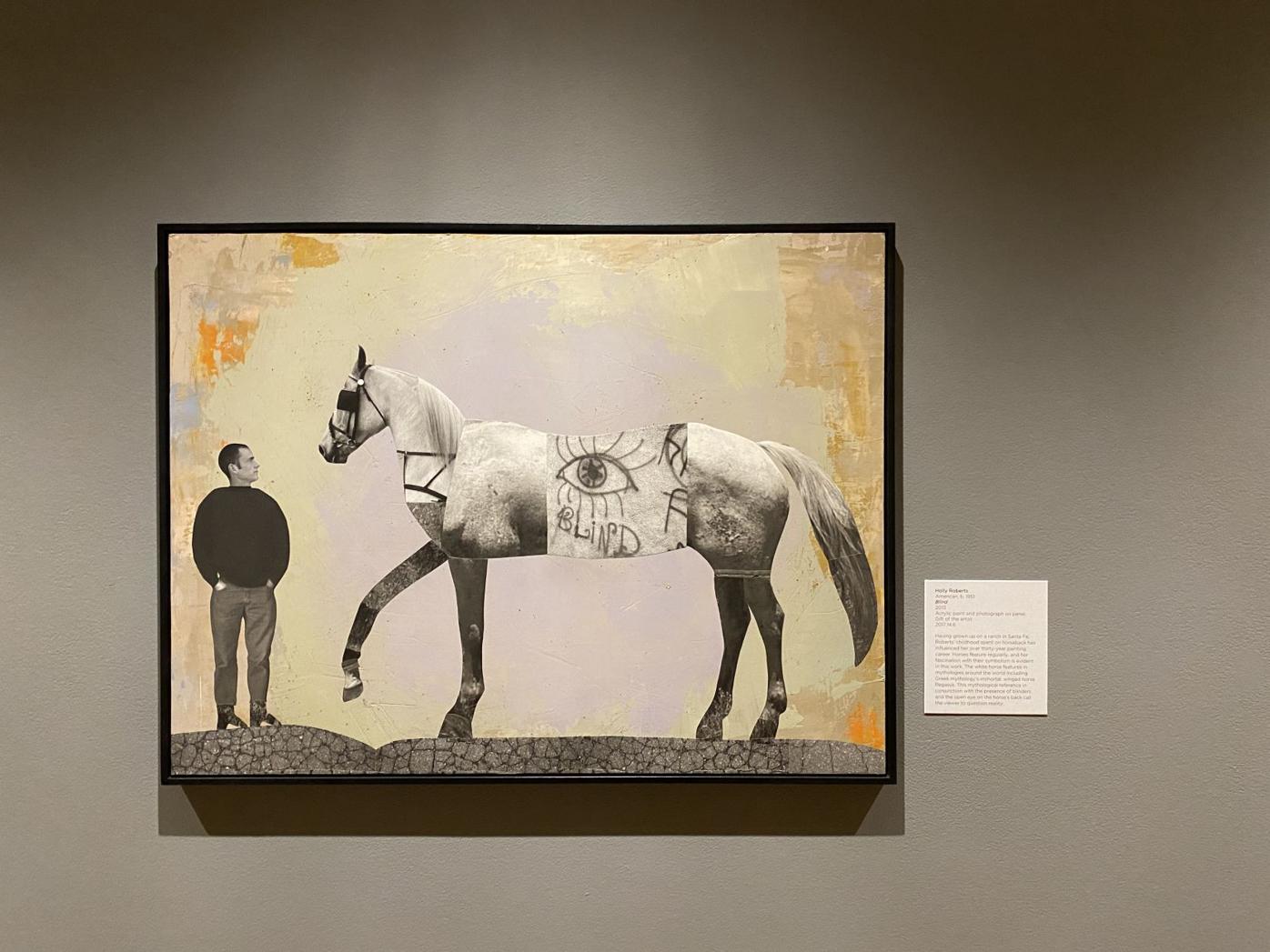 “Blind” was painted in 2013 by Holly Roberts. It is acrylic paint and photograph on panel.

“Returning to Camp” was painted in 1928 by Bill Gollings. It is an oil painting done on elk hide.

“Blind” was painted in 2013 by Holly Roberts. It is acrylic paint and photograph on panel.

There is perhaps nothing more iconic to the imagery of the American West than the horse. Throughout the history of Westward expansion, this majestic beast has featured in romanticized versions of sprawling landscapes, and as a companion to the lonesome, weary traveler. Consider the popular symbol of Wyoming: the cowboy and the bucking horse.

“Since their (re)introduction by Spaniards in the 16th century, horses have been a defining character of the region,” wrote Dr. Renee Laegreid, UW professor of history. She adds that Native Americans used them to revolutionize political and economic systems, and cowboys obtained mythical status with the creation of the corporate cattle industry after the Civil War. In contemporary Western culture, the horse remains an enduring icon.

The UW Art Museum explores the various representations of horses in the West in a new exhibit called The West on Horse Back. The exhibit displays a broad range of representations of this creature, from sculpture to photography to paintings. Each of the featured artists has either lived or worked in the West, and they come from various times throughout history.

In one piece from 2013, artist Holly Roberts displays a white horse in a mixed media photographic collage with a mysterious message about blindness. Another piece from 1928 was painted by Bill Gollings. It is a monumental oil painting on elk hide that depicts Native Americans returning to their camp with their horses, perhaps after a day of hunting.

The exhibit showcases the Art Museum’s collection, and the selected works are broad but connected. They combine to display the deeply rooted, yet ever-evolving, regional identity.