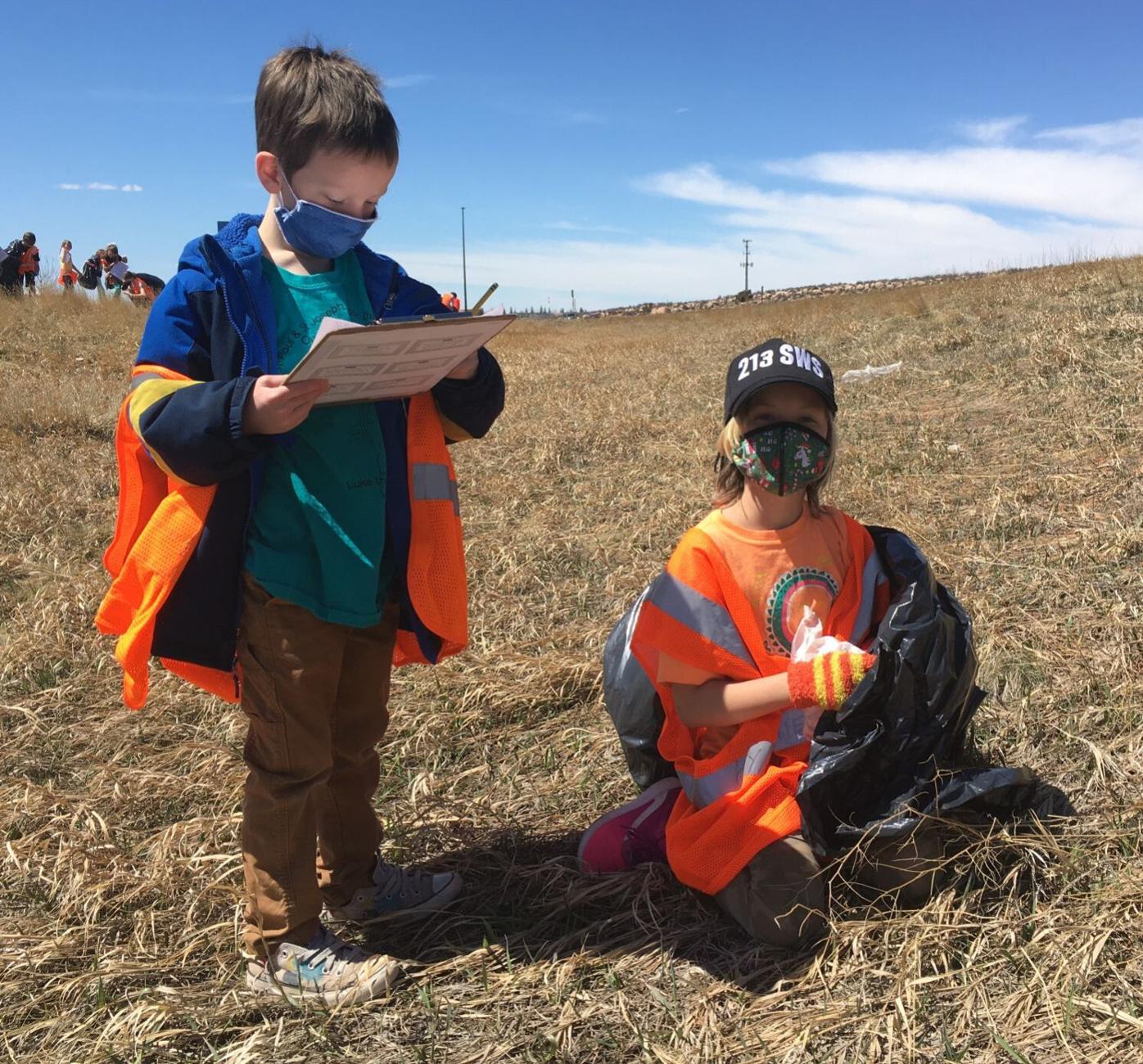 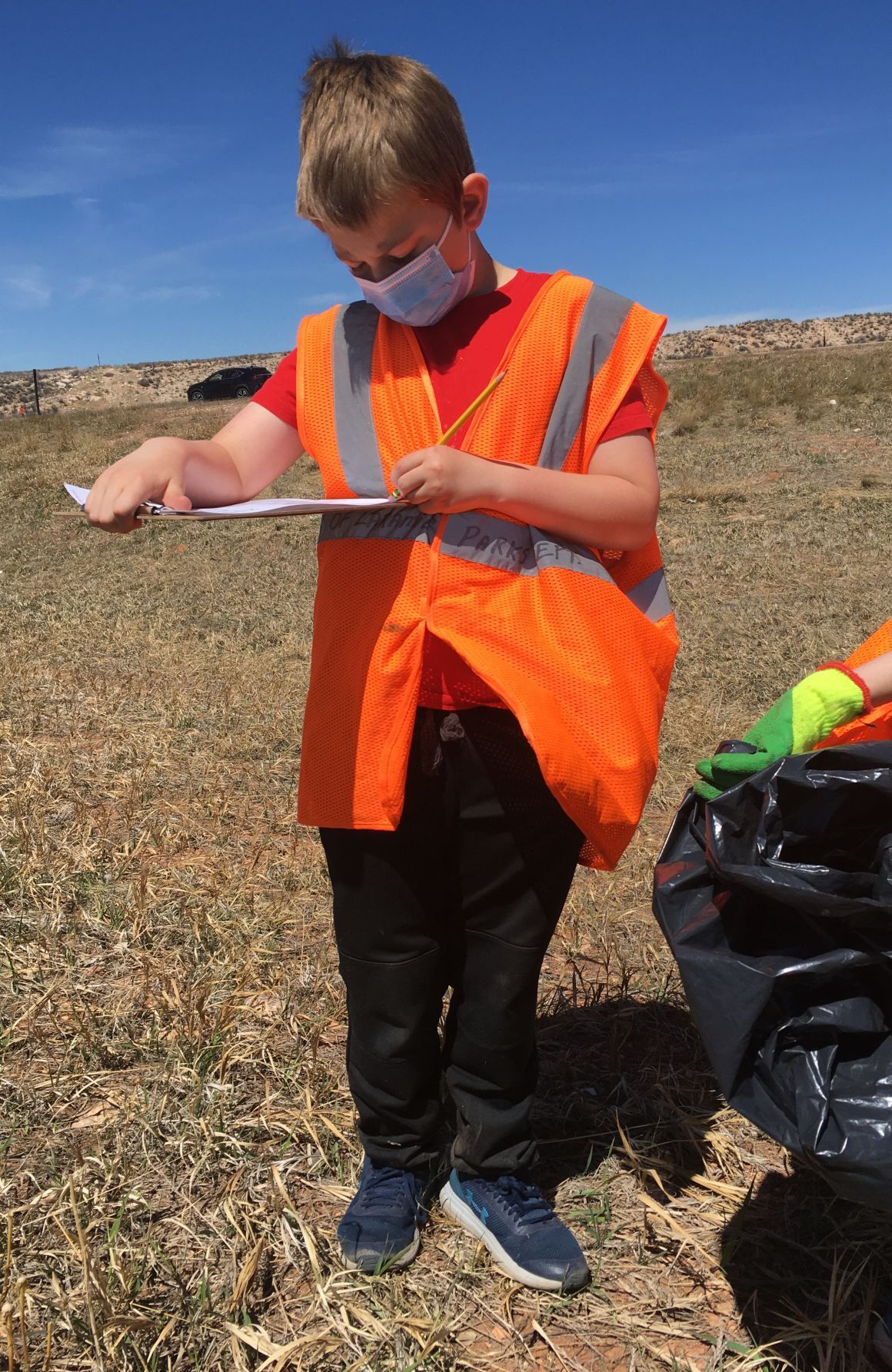 April might not be Laramie’s prettiest month, when a year’s worth of wind-blown trash emerges from melting piles of snow, but a third-grade class at Spring Creek Elementary School is hoping to help the town sharpen its image.

Helen Ommen’s third-graders, who are in the Albany County School District’s Gifted and Talented Education program, organized a trash pick-up on the east side of town Thursday afternoon. They’re planning to analyze what they collected and see if they can stop future litter at the source.

The idea was sparked by student Cadence Gose, who noticed the litter lining Grand Avenue one day on a drive across town.

“I was driving past Walmart and I looked over at the side of the road and saw all the trash,” she said. “I thought, something needs to happen.”

The students started by writing a letter to the Laramie/Albany County Environmental Advisory Committee expressing their concern about the litter and offering suggestions. The committee is appointed jointly by the Laramie City Council and Albany County Board of Commissioners with the task of analyzing and advising on environmental issues.

In their letter, the students pointed out that trash on that side of town gives a negative first impression for visitors, can potentially blow onto the Pilot Hill parcel and can cause long-term contamination of the ecosystem.

“The trash that is currently littering that area of town is giving a bad impression of our community that doesn’t accurately reflect our pride and love for nature,” they wrote.

The committee invited the students to attend its April 1 meeting to discuss the issue further. The committee also provided vests, gloves and bags for the clean-up and suggested that students record what they find and report back at a future meeting.

“It was very helpful because the EAC challenged us not only to go pick up trash once, but also to collect data,” Ommen said. “That was very exciting because we could turn it into a math and inquiry project.”

Before their clean-up this week, students did a test run along Spring Creek, just across the street from their school.

Calvin Hulley said they observed lots of trash in the creek itself, which they couldn’t get. However, they were able to collect plastic containers, cardboard and paper before it blew into the water, and they realized that stopping trash before it blows away is easier than collecting it once it’s loose.

“We learned that lots of food wrappers and plastic bags were on the shore,” he said.

Ommen said she plans to help students shift their focus from a one-time clean-up to thinking about mitigation strategies as they analyze what they collect. Marshall White said they’ve been brainstorming ideas to that end, such as placing more trash cans in areas with lots of litter, putting up signs reminding people to contain their trash, and encouraging Laramie residents to reduce their use of plastic bags.

The group has had to fight discouragement as they comprehend the scale of the issue.

“At times it feels very overwhelming,” Ommen said. “There’s just so much of it, even in our town, once you start looking.”

However, third-grader Noelle Layson said they plan to get the word out and keep trying to make a difference.

“If you only make a small difference, it’s better than not doing anything at all,” she said. “If you just help a little bit, it could inspire others, which is what we’re trying to do.”

Ommen later reported that Walmart plans to make a donation to the school and announced plans to build a fence to catch trash before it blows across Grand Avenue onto the Pilot Hill parcel.