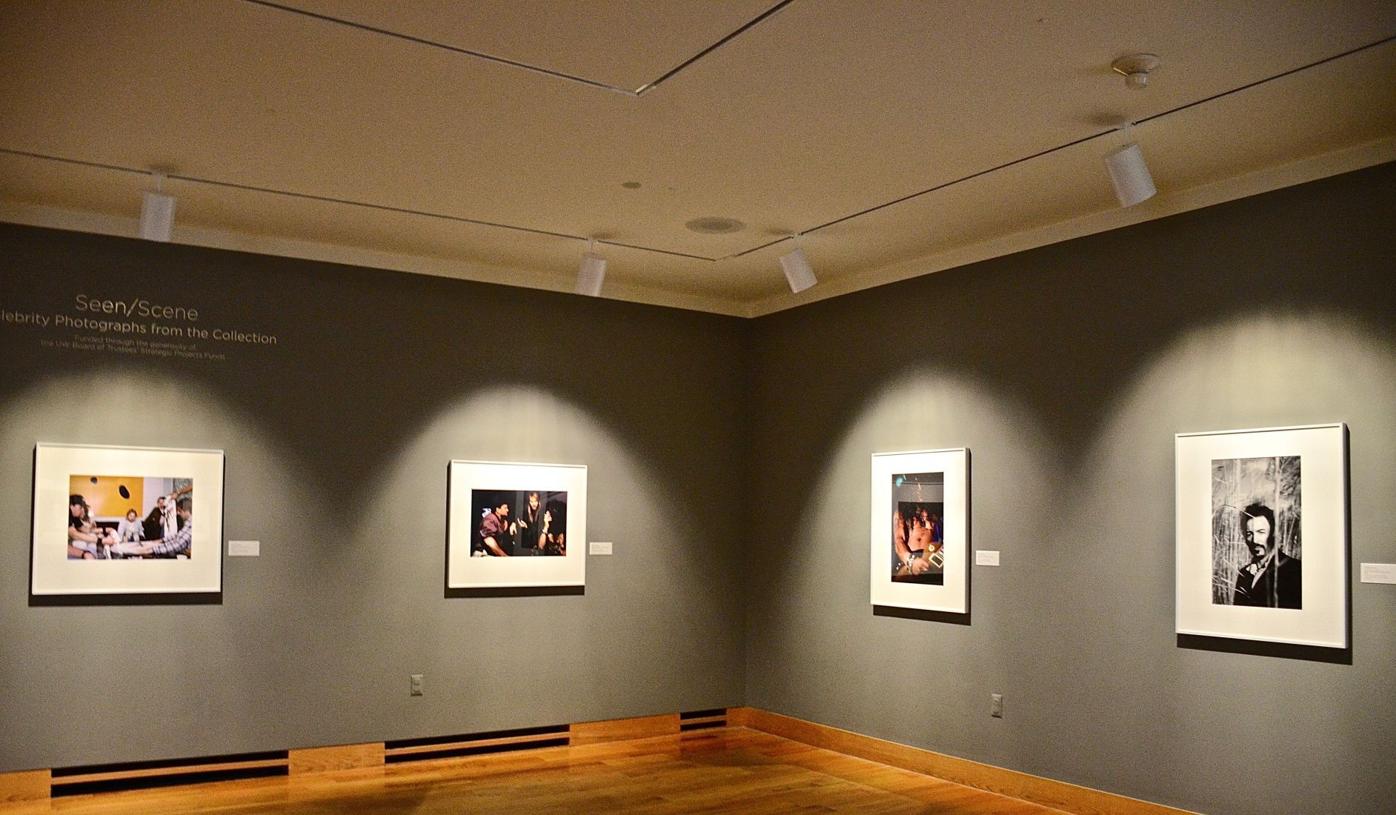 Above: At the University of Wyoming Art Museum South One Gallery is a summer exhibition titled Seen/Scene: Celebrity Portraits from the Collection. 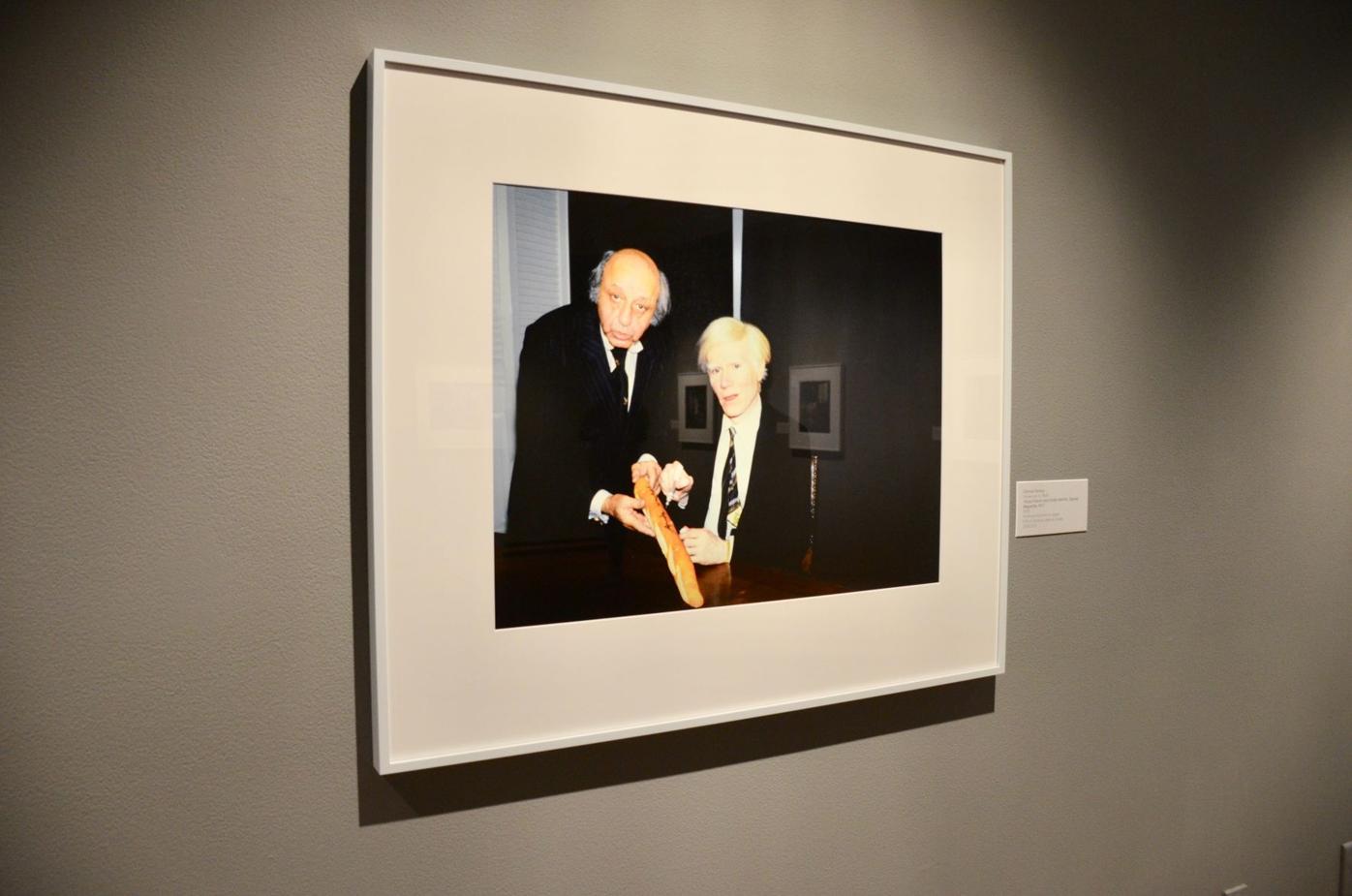 Above: At the University of Wyoming Art Museum South One Gallery is a summer exhibition titled Seen/Scene: Celebrity Portraits from the Collection.

The two exhibitions are titled Staff Selects III: From the UW Art Museum Collection, and Seen/Scene: Celebratory Photographs from the Collections. They will be on display until Aug. 7.

The first exhibition, located in the Pat Guthrie Teaching Gallery, is titled Staff Selects III: From the UW Art Museum Collection. Twenty-six individuals who work at the UW Art Museum scoured a collection of over 9,000 objects to select one work to share in the exhibition. They included staff working across a range of departments: curatorial, collections, education, administration, security, and custodial.

“We thought it was a great opportunity to get everyone familiar with the collection because some of us work more closely with it than others,” said Michelle Sunset, assistant curator for the UW Art Museum.

Sunset said her team spent several weeks bringing staff to the basement to engage with the objects they chose from a database, and it was exciting to see the end result of this process. She explained that many staff members chose works that invoked some sense of nostalgia for them.

For example, there was a wall dedicated to farm scenes that several people had chosen. Other staff members chose works because of their obscurity; they wanted to choose a piece that had never been on display before. Because this exhibition only occurs once every few years (having last occurred in 2014 and 2006), it provides a unique opportunity to view works that might not otherwise be shown in a collection.

Sunset pointed out the piece she had chosen for the collection. It was a large and graphic pencil drawing of a disjointed landscape that seemed to be floating in outer space. Towards the center, you can see small figures on horseback. The piece is titled “The Night the Mountain Moved,” and it was created by Robert Sullins, a former UW student. Sunset said that she originally pulled it out when she was looking at horse imagery for the West on Horseback exhibition.

“It really stuck out to me because it’s so bizarre with its spacing and split topography. It hadn’t been on display before, so I wanted to take the opportunity to pull this one out,” she said.

Next to each art piece is a placard with the staff member’s explanation for why they chose that particular piece, which helps viewers further engage with the person’s perspective.

“It’s a great opportunity to see how people who work in the Art Museum think about art,” Sunset said.

Walk into the South One Gallery and you’ll find yourself surrounded by familiar faces captured in intimate and iconic moments. There is an instant sense of glamour and excitement and movement. This exhibition it titled Seen/Scene: Celebrity Portraits from the Collection.

Sunset said the impetus for the exhibition came from generous donations the UW Art Museum received during the last couple of years. Four photographers in the Art Museum Collection exemplified celebrity portraiture: Donna Ferrato, Larry Fink, Ralph Gibson and Walter Iooss. Their works are on display in the show.

“As we’re coming out of COVID, and starting to ease up and be social again, we thought this would be a fun exhibition,” Sunset said. “These images really evoke a party scene and that feeling of hanging out with friends. I love these in this moment where I’m just dying to go to a party.”

In one portrait, designer Tom Ford is kissing someone and surrounded by a mass of people. In another, actress Rita Wilson is framed and radiant in a crowded Oscar party. The celebrity portraits will definitely have viewers thinking, “Remember places? Remember parties?”

There’s a photograph of Andy Warhol stone-facedly signing a baguette. Next to that hangs a striking photograph of an iconic Mohammad Ali fight against Ernie Terrell, known as the “what’s my name” fight. Leading up to this 1967 match, Terrell kept referring to Ali as Cassius Clay, which Ali had renounced as his slave name. Throughout the fight, Ali kept yelling at Terrell, “What’s my name!”

As I hung out with these familiar faces, a group of high school students came into the galleries with some kind of art scavenger hunt. One student paced the gallery with his assignment, and wondered aloud, “Who wrote ‘Born in the USA?’ Was it this guy?” as he pointed to a portrait of Axel Rose.

“No, it was that guy right there,” I said, and pointed to a beautiful black and white portrait of The Boss, Bruce Springsteen. It was comforting to know that I could do my part to pass on important wisdom through art, and introduce a younger generation to some old friends.