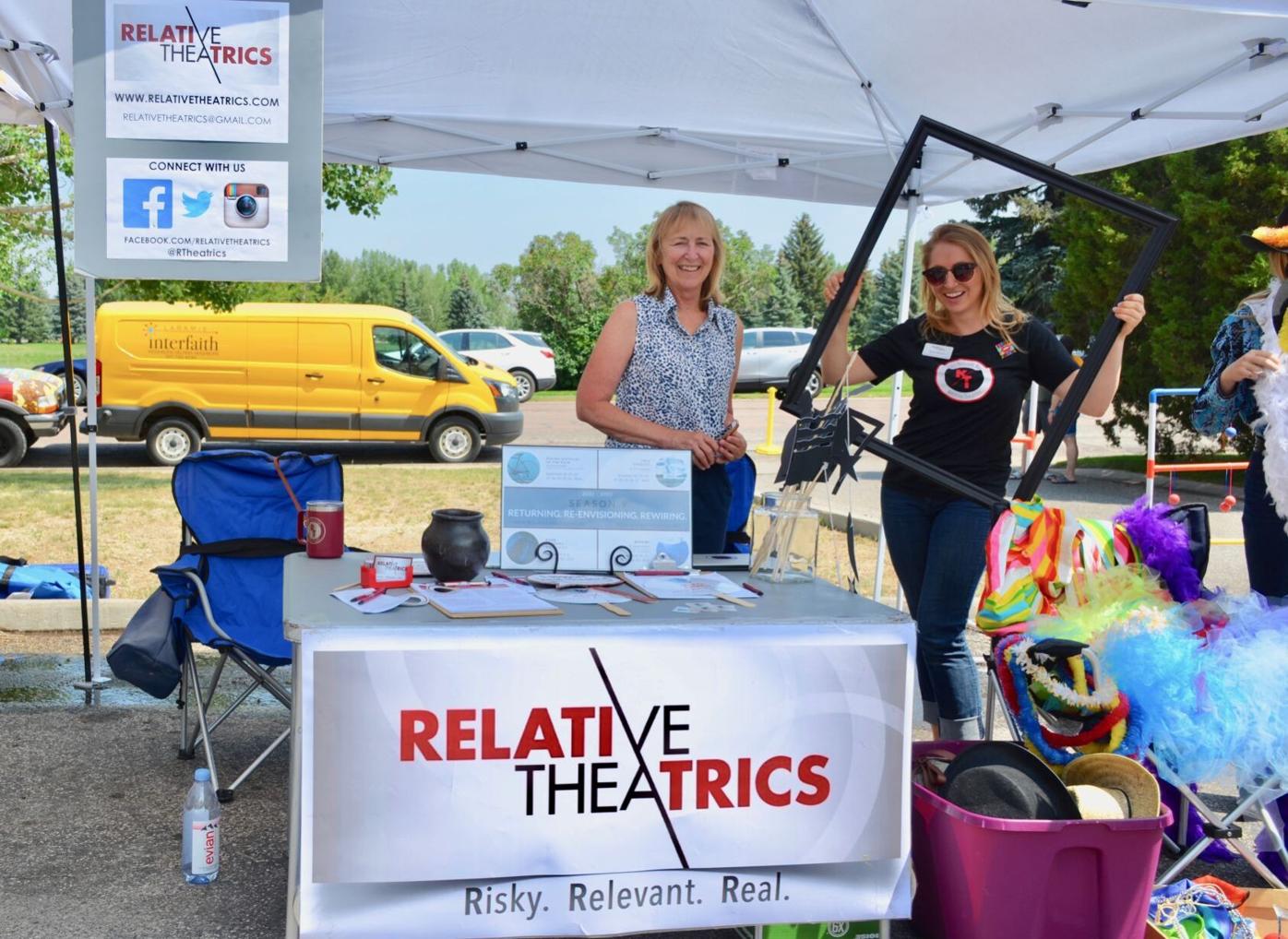 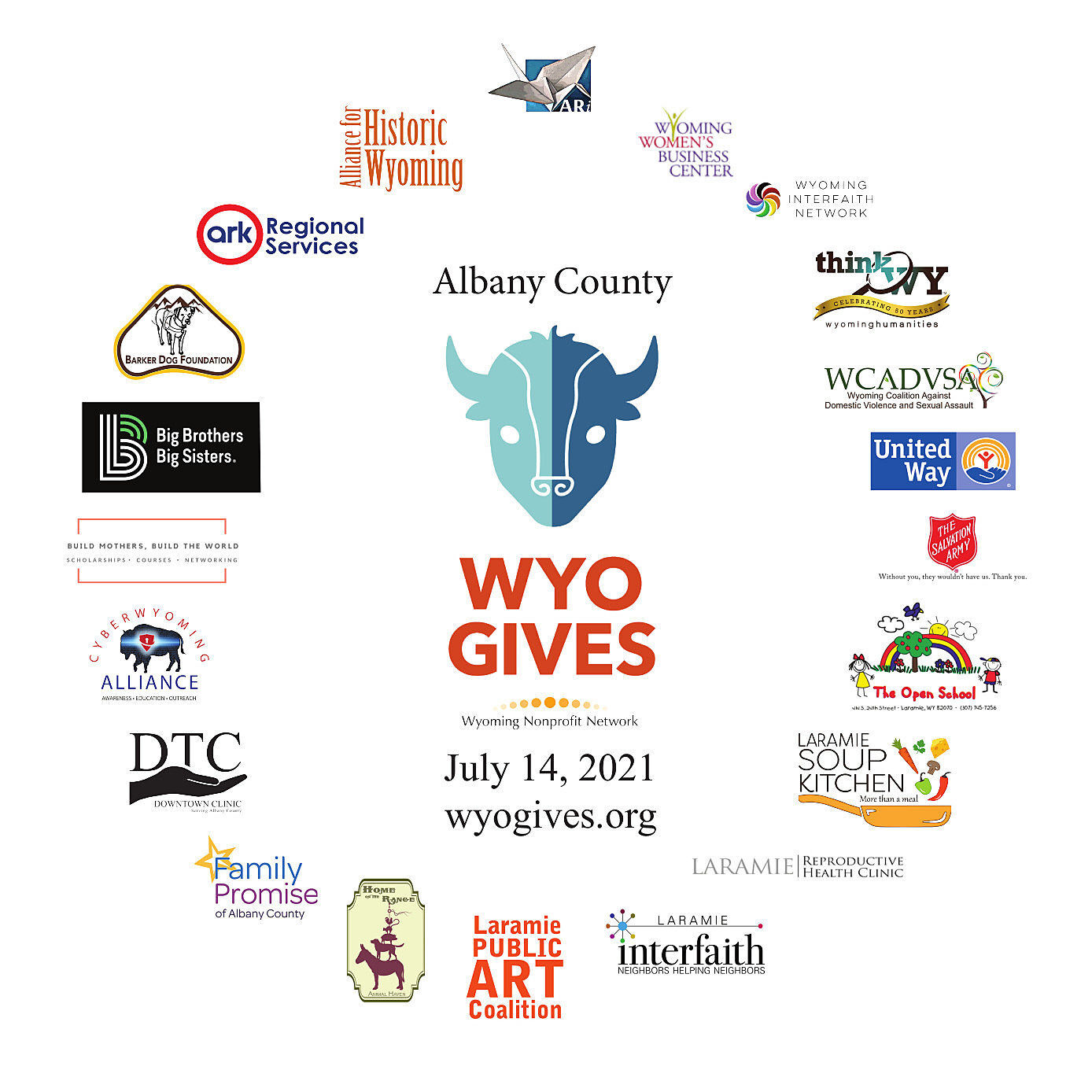 The numbers are in for how much WyoGives benefited nonprofit organizations locally and statewide.

WyoGives was a 24-hour day of giving on July 14. It’s an initiative of the Wyoming Nonprofit Network, which marked the second annual statewide giving day. This year’s payoff was huge across the state: a total of $2,242,083 was raised by 3,795 donors for 192 statewide nonprofit organizations.

At the WyoGives website, donors were able to search participating nonprofits by name, location and cause. The donations were totaled into one transaction, and then the gifts are disbursed directly to each organization.

Jody Shields, executive director of the Wyoming Nonprofit Network, spoke with the Laramie Boomerang in the days preceding the event. Shields said in its inaugural year in 2020, the 24-hour event proved to be a fun way to build awareness of Wyoming’s nonprofit sector. The public is able to watch the donations coming in real-time on the WyoGives website, which adds a level of fun and excitement to the marathon day of giving.

About 20 Albany County nonprofits participated this year. Several of the local nonprofits scored big during this year’s event. Coming in fourth place on the leaderboard across the entire state’s nonprofit fundraising was Laramie Interfaith, which raised $38,000.

“It is really amazing to see how the community supports us,” said Josh Watanabe, executive director of Laramie Interfaith. “It’s a powerful statement that our community believes in our work and is willing to contribute to our cause. We are humbled.”

He said the money raised during WyoGives will touch hundreds of local citizens’ lives by providing food, rent and utilities. He added he was proud and excited for the other local nonprofits that participated in the event.

“I know WyoGives is sort of a competition, but we don’t view it that way,” Watanabe said. “We all came together to show the community that we’re all in this together.”

Laramie Interfaith also hosted an in-person nonprofit fair on July 14 to allow local organizations to showcase their causes to the community.

“I’m grateful to Laramie Interfaith for hosting the nonprofit fair. It was an energizing feeling to gather amongst other nonprofit organizations that work tirelessly to make our community a better place,” said Anne Mason, founder and producing artistic director of Relative Theatrics.

Mason’s organization is a Laramie-based nonprofit focusing on presenting thought-provoking theatre. Relative Theatrics participated for the first time this year, and it raised almost $7,000 in the 24-hour period.

Mason said when she first started Relative Theatrics, the organization’s first fundraising campaign had a total goal of $7,000. At the time, it took nearly four weeks to raise that amount of money. Through WyoGives, they were able to raise that amount in 24 hours. She added most of that money will be doubled by a match from the Hughes Charitable Foundation.

“I am beyond moved and humbled by the generosity and support of the Laramie community,” Mason said.

The inaugural WyoGives event took place in 2020 during the height of the COVID-19 pandemic. At the time, organizers were unsure of what to expect due to the ubiquitous uncertainty that clouded daily life. But more than 130 organizations participated, and donors contributed more than $570,000. Through the fog of uncertainty, it proved to be financially helpful and a morale booster.

In its second year, the amount of money raised nearly quadrupled. The steady increase of success could bode well for statewide nonprofits for years to come.