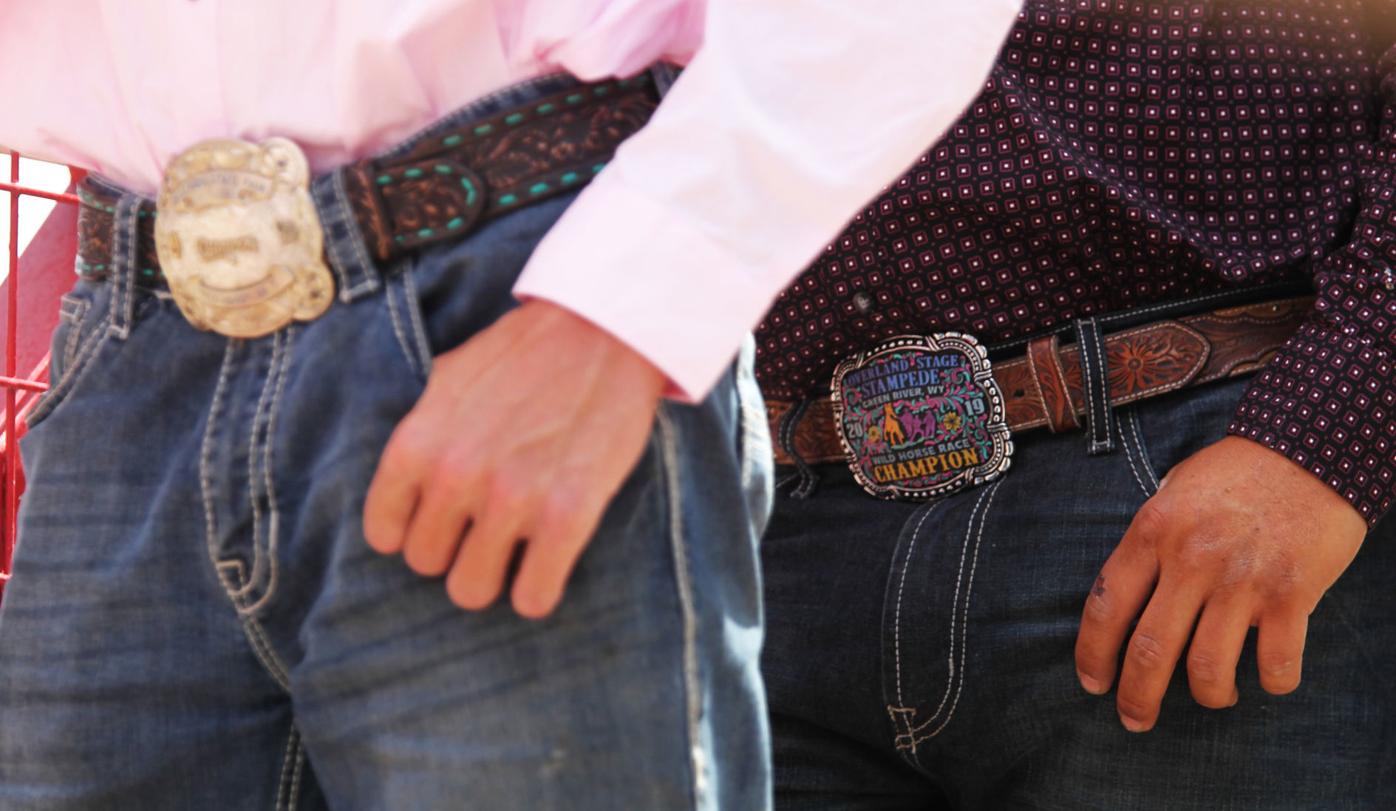 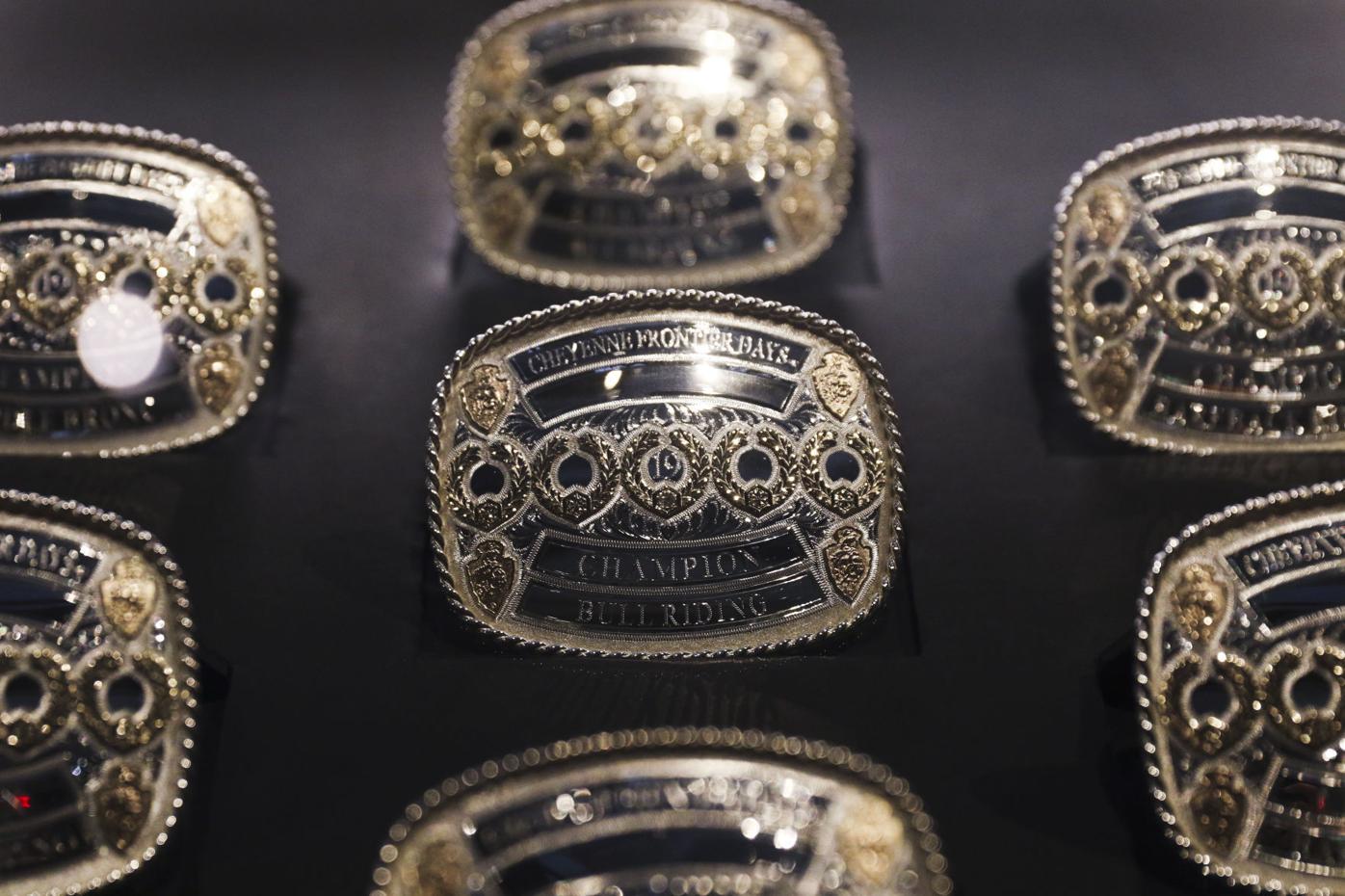 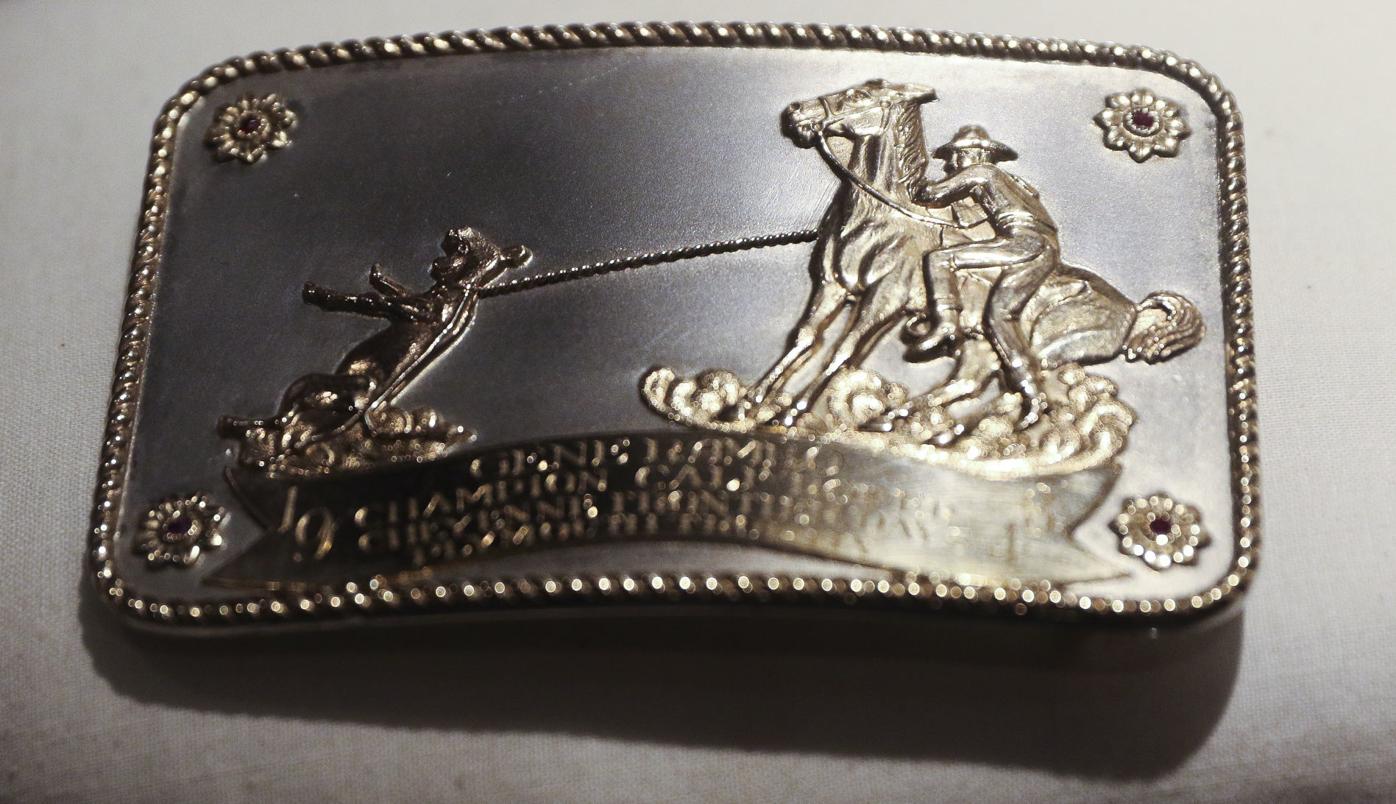 The winner of each rodeo event and the all-around champion wins a trophy buckle as part of a package that also includes a saddle and other items.

This year’s saddles are produced by Scott Thomas Custom Saddles of Campbell, Texas.

But the buckle for winning a CFD rodeo event has become a treasured item for those competing in the sport, according to Rodeo Committee Chairman Chad Mathews.

“There are few buckles in the rodeo world that when you see somebody wearing one, if you’re familiar with rodeo, you know exactly what that buckle represents,” Mathews said. “Ours is at the top of that list. It may not be the very top – the (Professional Rodeo Cowboys Association), the (National Finals Rodeo), world championship buckles are probably the top, but as far as individual rodeos go, ours is right there. When you see them, you know what they are.”

The buckle, made by Montana Silversmiths, contains five oak-leaf clusters and the champion’s name, event and year.

Other manufacturers through the years have included Gist, Johnson and Held and Sunset Trails.

“The fact that it represents the ‘Daddy of ’em All’ is what is significant to those guys, because everybody going down the road knows what it takes to win one of those,” Mathews said. “And everyone wants to wear one on their belt. You see cowboys all over the place that wear our buckle with pride, whether they are here or somewhere else.”

Trophy buckles weren’t always the standard trophy for CFD champions. In CFD’s formative years, a variety of prizes were doled out, and some were sponsored, according to Daniek Long of the Cheyenne Frontier Days Old West Museum.

In 1903, the bucking and pitching contest winner received a saddle offered by the Union Pacific Railroad Co., and a champion belt sponsored by the Mountains and Plains Committee of Denver.

In 1920, some of the awards were a silver inlaid spade bit and spurs from the Axial Basin Development Co, a silver platter from the Daniels-Fixcher Co., a ladies’ riding suite from the Hedgecote & Jones Co. and a Union Pacific Railroad-sponsored saddle.

CFD still had sponsored awards in the 1945 program. Montgomery Ward offered the calf roping contest saddle, and the champion steer bulldogger won a saddle from the Motor Bus Company and a Stetson from the Denver Dry Goods Company.

Some of the contests had sponsored awards for the 1950 day program, as well.

The earliest buckle in the museum with the current look is from 1968, made by Sunset Trails.

At least on one occasion, a championship buckle has found itself on the auction block.

Enos Walker’s CFD trophy buckle, earned when he tied with Jim Tescher for the saddle bronc riding championship in 1957, was auctioned off at Brian Lebel’s Old West Auction in Fort Worth in 2017 for more than $7,000. The sterling silver buckle was made by Western Silversmiths.

Those commemorative buckles are different from the championship trophy buckles, but still occasionally find themselves on online auction and sales sites.

CFD commemorative solid brass buckles from 1992 and 1996 were on eBay this week. A 1997 CFD Century II buckle manufactured by Gist was going for $575.

More than 1,300 cowboys and cowgirls will have competed in CFD rodeo activities during the 10-day event ending today. But only 15 competitors will receive the coveted prize.

The Cheyenne Frontier Days championship trophy buckle has become a treasured item for competitors in the rodeo world. Although more than 1,300 cowboys and cowgirls have competed in the 123rd "Daddy of 'em All," only 15 will leave Cheyenne with a buckle.