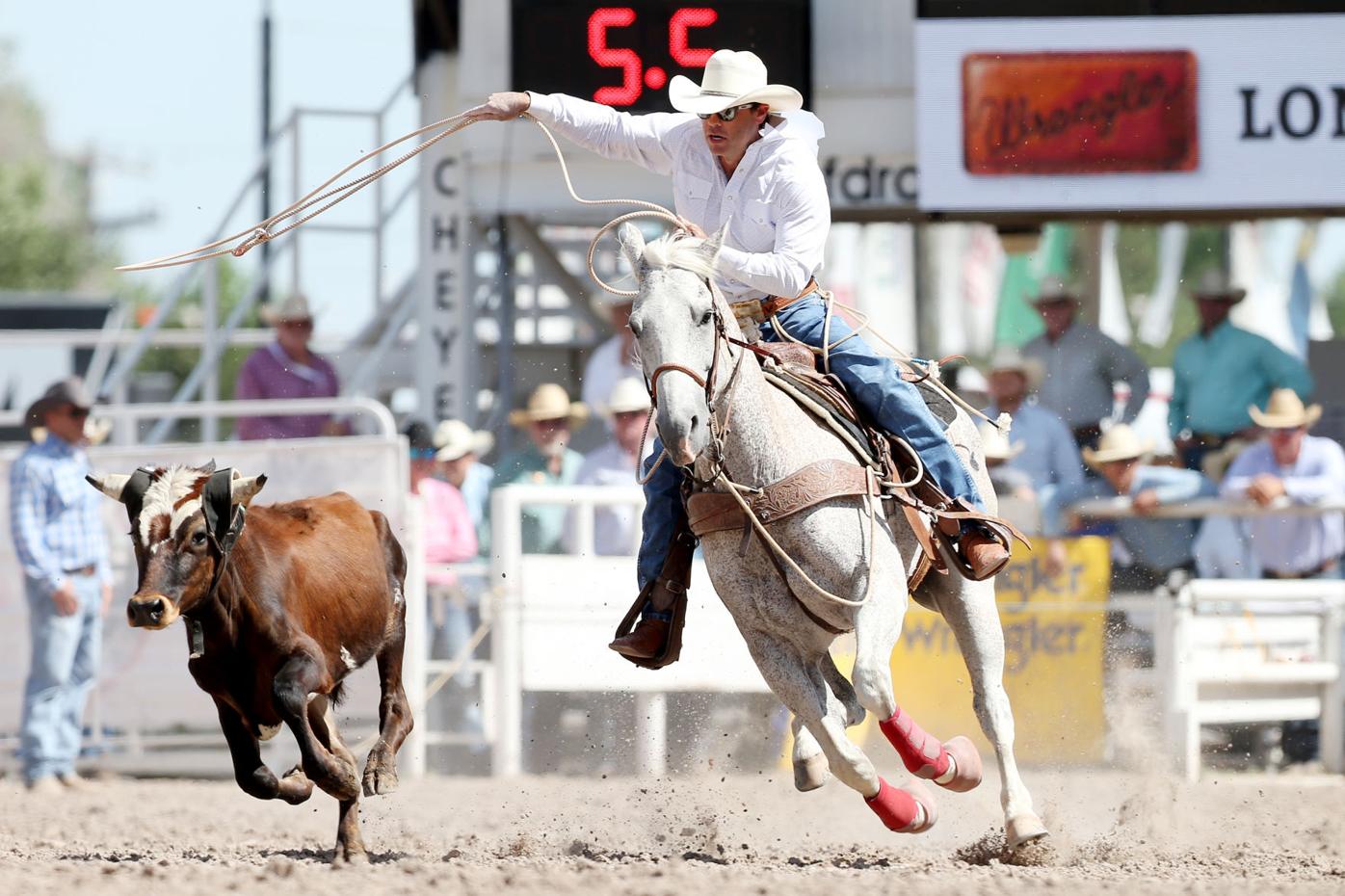 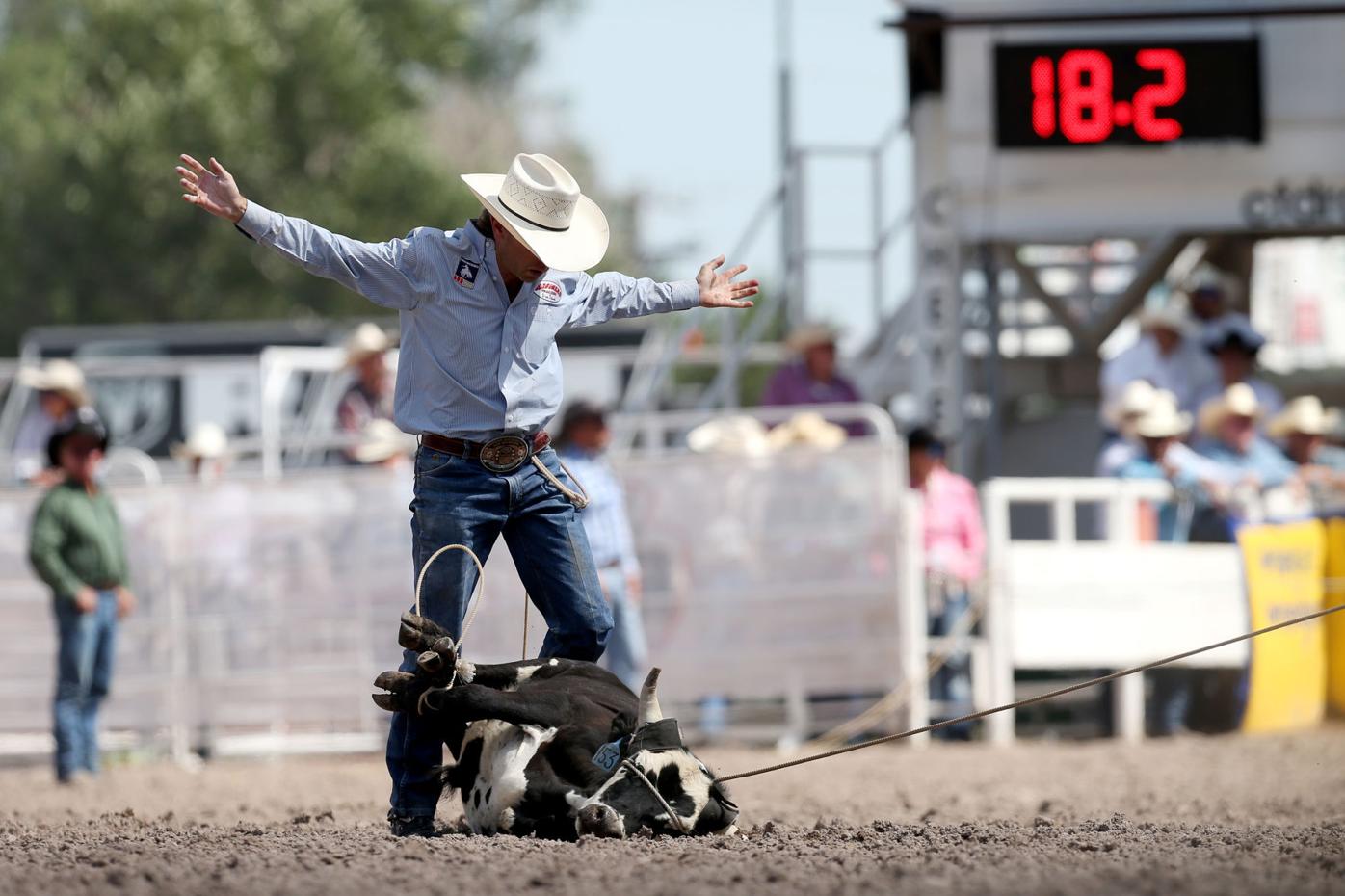 It might be hard to find someone who loves competing at the Cheyenne Frontier Days Rodeo as much as Shay Good does.

The 52-year-old steer roper labeled the "Daddy of ’em All" as one of his top two rodeos to compete at, if not his all-time favorite.

One of the reasons for the fondness is the culture that resonates within Frontier Park during that last full week in July.

“It’s always been a lot of tradition and always a mark on the calendar,” Good said. “If you win Cheyenne, it’s kinda considered a major in golf, if you would; to be able to win that rodeo is a big deal.”

Good captured the CFD title in 2015, and even with a ton of success throughout his career, there’s not much he can compare to that win.

Unlike most events, steer roping isn’t a portion of the National Finals Rodeo in December in Las Vegas, but if it were, Good would have qualified three times after finishing the season in the top-15 in the PRCA World Standings.

But even if he had the opportunity to compete at the NFR, it would still be hard to top what it’s like at Frontier Days.

“It was the best, to get it done. I don’t know how to compare that to anything else,” he said. “It comes with a lot of respect from anybody, and everyone wants to win Cheyenne, and that’s all there is to it.

“It's probably the most prestigious.”

One of the things that makes winning at Frontier Days a little more rewarding than winning other rodeos is the difficulty it presents. The stock is usually a little bit better than what’s available at other rodeos, and finding that success against the best stock among the best cowboys is hard to beat.

“The conditions (at CFD) are so tough, you really do have to have a little bit of luck,” Good said. “It’s the toughest stock, but it's also gratifying to win it because the conditions are so much tougher.”

Good has been steer roping professionally since 2008. He didn’t confirm that he’ll be slowing down any time soon, and one of the reasons is because steer roping is a family oriented sport, he said. His family often travels with him to rodeos.

The Abilene, Texas, cowboy was ranked sixth in the PRCA world standings in early June. The highest finish he has had in a season is 11th – twice. Hopefully that early season momentum carries into late July. But even if it doesn’t, he’ll still have some years to take another victory lap at Frontier Park.

“As Father Time catches up, you have to tend to slow things down,” Good said. “But, as long as Cheyenne has steer roping, I'll be there, even if I’m 70."

WHAT YOU NEED TO KNOW

Scoring: Steers are given a 20-foot head start – a longer distance than most rodeos. A cowboy must first compete a legal catch around the horns. After making the catch, the cowboy throws the slack rope over the steer’s right hip and turns his horse, bringing the steer to the ground. When the steer is lying on its side, the roper gets off his horse and ties three of the steer’s four legs together. The steer’s legs must remain tied for six seconds after the clocked has stopped. The fastest time wins.

Watch these guys: Brodie Poppino won 2018 Frontier Days with an aggregate time of 46.4 seconds and a short go-round time of 13.9 seconds. The Big Cabin, Oklahoma, cowboy was sitting in the PRCA world steer roping standings at 22nd at the start of June. … Cole Patterson is rolling through the year with a ton of momentum, sitting in first place in the PRCA standings in early June with nearly a $13,000 difference between him and second place.