The mule deer migration moves from the 11,000-foot-elevation forest of northern Colorado, where the deer spend the summer, to the 6,500-foot sagebrush basin of southern Wyoming near Baggs. Patrick Rodgers Photo 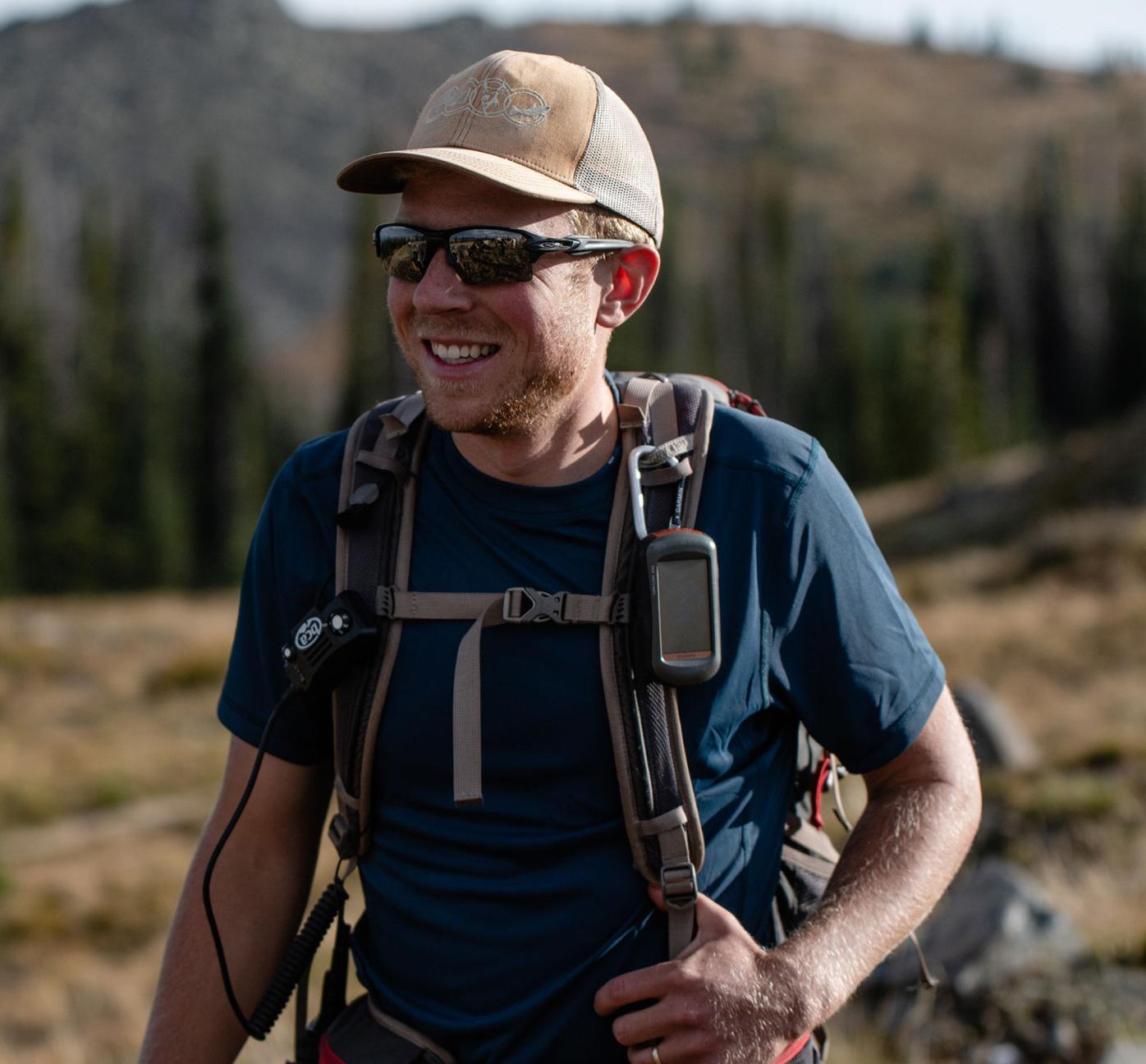 The mule deer migration moves from the 11,000-foot-elevation forest of northern Colorado, where the deer spend the summer, to the 6,500-foot sagebrush basin of southern Wyoming near Baggs. Patrick Rodgers Photo

LARAMIE – An adventure documentary film about a University of Wyoming biologist following the migration path of mule deer he studied was set for worldwide release Wednesday.

“92 Miles: A Migration Story” follows Wyoming Migration Initiative Associate Research Scientist Patrick Rodgers as he ultra-runs the migration path of one of his study animals and faces the grief of losing his father, Neil, to cancer.

Produced by Cold Collaborative and sponsored by YETI and Sitka, the film was shot and co-produced by UW alumnus Benjamin Kraushaar. It is available online at https://www.trcp.org/92miles/.

The documentary started as an idea to give audiences an on-the-ground perspective of mule deer migration through the lens of long-distance running. The film details Rodgers’ journey through grief and the challenges of running 92 miles along a deer migration route in southern Wyoming and northern Colorado in 2018.

Along the way, audiences will learn about the science of migrations and the challenges migratory deer face. The half-hour film details the importance of wild, connected landscapes for humans and wildlife alike.

“Migration is a journey of risk and suffering: dodging semis on perilous highways, tearing ligaments in barbed-wire fences, or searching for food while trying to avoid becoming food for a hungry mountain lion,” Rodgers says. “Indeed, life is fleeting. Yet, through it all, mule deer seem to possess a transcendental ability to keep their heads up and keep moving, as if their lives depend on it – which they do.

“My dad finished his life’s race Dec. 15, 2017. His life inside of me was a huge reason I kept my head up and finished those long 92 miles. Loss is an inescapable part of life’s grand migration and, without a doubt, I will have to grapple with that reality for the rest of my life. Yet, as I navigate this beautiful life, at least I know I’m not alone.”

Rodgers, who is from Casper, graduated from UW with a zoology degree in 2014 and completed his master’s degree in zoology at UW in May 2020. He received a National Science Foundation Graduate Research Fellowship for his research into the differences in migratory behavior of male and female mule deer, which involved capturing and outfitting 95 buck mule deer with satellite collars near Baggs to track their movements in comparison with does.