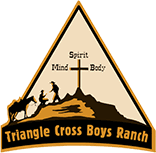 The suit brought by former residents of these facilities alleges two counts of forced labor, trafficking, federal racketeering, negligence and negligent infliction of emotional distress, for compensatory award of no less than $5 million and compensation for legal expenses.

All of the defendants made motions for all claims to be dismissed against them, and attorneys for Trinity Teen Solutions said even if the claims were legitimate, they exceeded the statute of limitations when brought before the court.

Trinity Teen is requesting the court consider it “a health care provider” and treat all medically related claims brought against it be dismissed.

Denver law firm Gordon Rees Scully Mansukhani LLP, representing Trinity Teen, said any claims of abuse should be under Wyoming Department of Family Services jurisdiction or treated as medical malpractice and as a separate issue with regard to claims of withheld or deficient treatment.

Wyoming recognizes a claim for negligent infliction only when it is brought forth by a close family member of a victim who observes the infliction of serious bodily injury or death, or its immediate aftermath.

Although Trinity Teen and Triangle Cross said their residents had to perform chores and other ranch activities at their facilities, they said no abuse took place under their care, nor did any tasks that could have led to post-traumatic stress disorder as some of the plaintiffs claim to have.

Triangle Cross also said parents of the plaintiffs were fully aware their children would be performing chores and other rigorous activities on the ranch.

“As plaintiffs’ complaint concedes, the residents were responsible for helping to care for the ranch’s land, equipment, and livestock,” John Matthews of White & Steele P.C. wrote on behalf of Triangle Cross. “Such conduct is the very definition of ranch chores.”

Brice Timmons, attorney for the plaintiffs, responded and said this analysis neglects that abuse and undeserved obligation allegedly took place within the administration of these tasks. Timmons also said the defendants are not protected from liability by obtaining parental consent.

Triangle Cross opposed the only plaintiff bringing claims against it from being allowed to proceed under a pseudonym and protective order, saying they did not meet any exceptional circumstances that grant anonymity.

John Doe had claimed his “tenuous psychological recovery” would “almost certainly” be damaged if his identity were revealed, according to court documents, casting his parents and himself into “severe embarrassment.”

The original filing claimed the girls at Trinity Teen had to provide weekly cleaning and set-up services for local churches like the Our Lady of the Valley Church in Clark that is owned by the Diocese of Cheyenne, but initially did not claim the churches were aware of the situation.

The new complaint alleges at least four different priests were aware of what the plaintiffs said was the forced human labor taking place at the Valley Church.

The Diocese said there was no proof of this.

The Diocese also submitted a motion to dismiss all claims brought against it in the original and amended complaints, stating it has no affiliation with Triangle Cross or Trinity Teens, and there is no proof that any priests or other staff members were made aware of any abuse or forced labor occurring.

The Society of Our Most Lady of the Holy Trinity and Monks of the Most Blessed Virgin Mary of Mount Carmel also submitted motions to dismiss charges against them to the court.

Scavuzzo said after turning 18, he was inducted into the adult program at Triangle Cross, which involved branding him with a cross on his right arm. He said he was provided no medical care for this despite his requests, and the wound quickly became infected.

When his parents came and visited him, Scavuzzo said they were extremely alarmed by the branding and immediately removed him from the program. Later, he needed four surgeries to repair the injury.

Scavuzzo and Jelinek’s other claims were similar to those already made in the case, involving coerced labor and forced deprivation.

In its response, Triangle Cross described these claims as “conclusory allegations without any factual support.”

Jelinek said he and other boys at Triangle Cross were forced to complete substantial mechanical and construction work building a monastery owned by the Monks of the Most Blessed Virgin Mary of Mount Carmel, without any safety equipment of any kind.

“Class members would perform work on buildings as high as 40 feet without safety harnesses or hard hats,” the complaint alleges.

The plaintiff claims that after the original filing of the lawsuit, the New Mount Carmel Foundation, the funding arm for the monastery, removed the majority of its website from the internet and described itself as a “land holding company” as a way to separate itself from the monastery.

At the end of 2019, the foundation possessed $29 million in net assets, according to the complaint, of which the complaint alleges the Schnieders and Woodwards provided substantial donations, and therefore the foundation played a role in benefiting from the forced labor.

“And despite years of construction, the Foundation has not yet realized one dollar of appreciation in the value of its buildings, instead, continuing to capitalize the assets as though it were a land developer operating on a long-term construction contract,” the complaint alleges.

The complaint said this was done by the foundation to avoid taxes or to conceal profits made at Trinity Teens and Triangle Cross.

In its response, the monks said the plaintiffs are conflating their construction activities, and are confusing the work Trinity Teen and Triangle Cross residents did with another project being built near Meeteetse those residents never helped out with. They also said there is no proof the foundation knew about or benefitted from any coerced labor.

“This suggests that the Foundation claims to be constructing a complex that will ultimately cost approximately $200 million,” the complaint said.

The foundation responded to this assertion that it is building a custom gothic stone monastery that justifies these expenses.