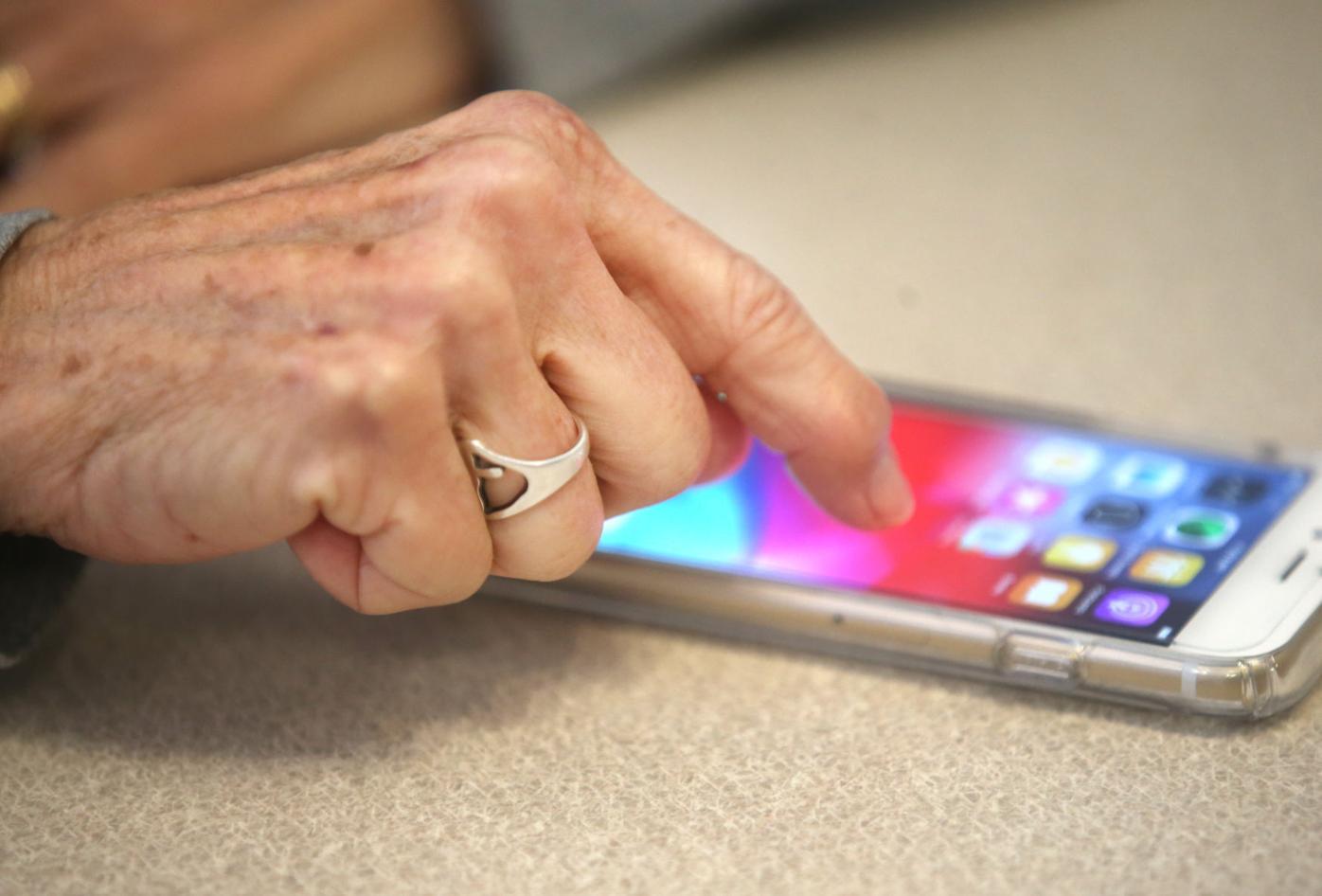 Cell phone 911 calls can sometimes "skip" to a cell tower in another county, even across state borders, confounding first responders during an emergency. Jacob Byk/Wyoming Tribune Eagle 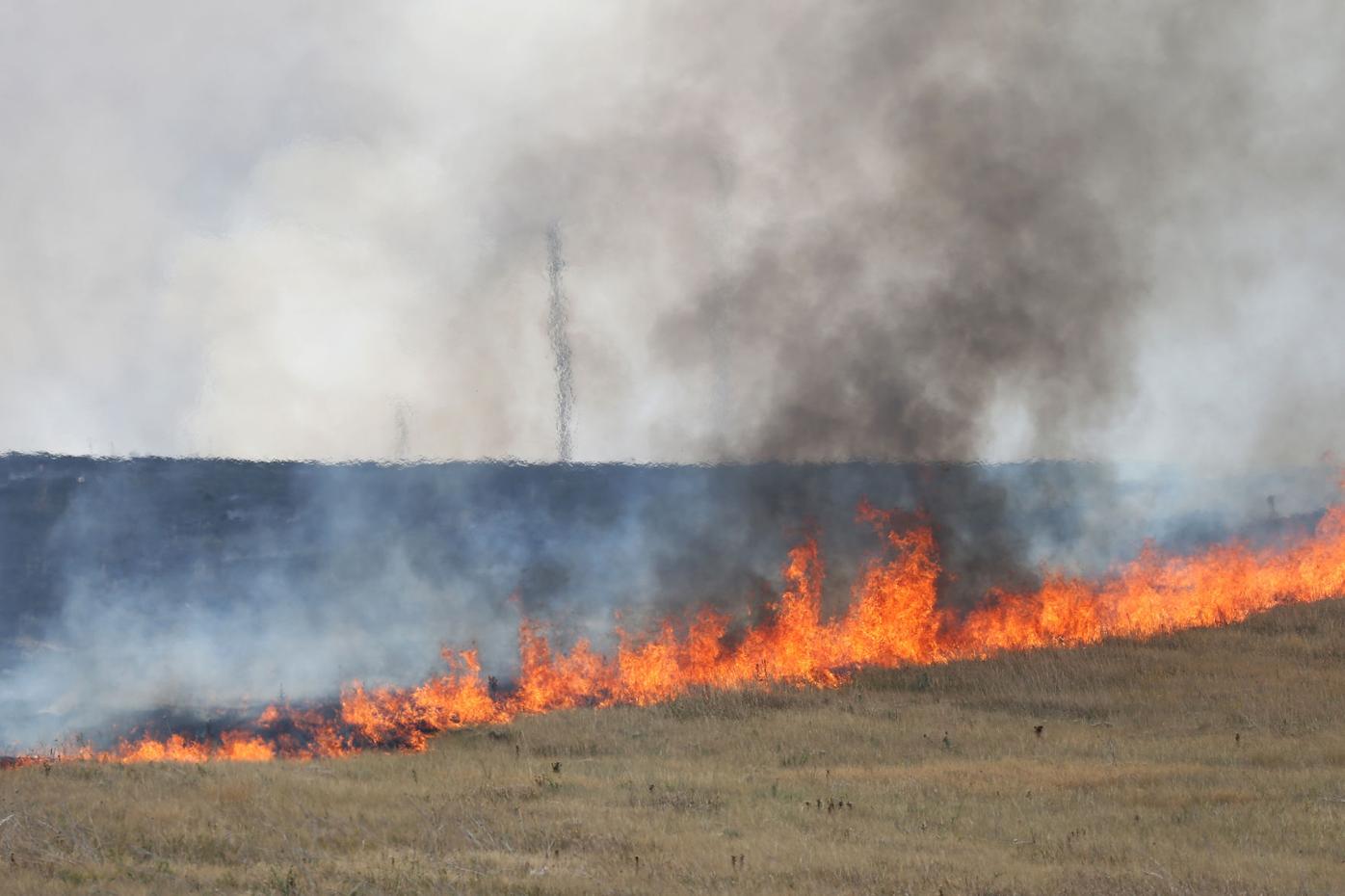 When Clairey Grubbs, in Alpine, heard her smoke alarms going off then smelled smoke, she called 911 using her cell phone. But her call "skipped" to a cell tower in another county, a problem which can confound first responders. Above: a brush fire near Cheyenne. Michael Cummo/Wyoming Tribune Eagle

Cell phone 911 calls can sometimes "skip" to a cell tower in another county, even across state borders, confounding first responders during an emergency. Jacob Byk/Wyoming Tribune Eagle

When Clairey Grubbs, in Alpine, heard her smoke alarms going off then smelled smoke, she called 911 using her cell phone. But her call "skipped" to a cell tower in another county, a problem which can confound first responders. Above: a brush fire near Cheyenne. Michael Cummo/Wyoming Tribune Eagle

JACKSON — After smelling smoke and seeing it crawl across the ceiling of her Alpine home earlier this month, Clairey Grubbs ran from room to room grabbing birth certificates, a cherished painting, her son’s baby blanket and a fly rod.

Moments before evacuating, she sized up the situation.

“I was at home by myself. My husband was out of town and my son was at school. It was just the dog and me,” she said. “I was taking a time out from chores and the smoke detectors started going off.”

It was about 2:30 p.m. Monday, Feb. 1, and Grubbs wasn’t sure why her smoke detectors were sounding because the smell of smoke wasn’t immediately apparent.

“I called my friend who is on the fire department here,” she said. “We are taught our whole lives, make sure it’s an emergency before you call 911. I called him to make sure it warranted a phone call.”

Grubbs was still on the phone when she saw smoke. Then she smelled it.

That phone call, the one that’s supposed to be your lifeline in an emergency, left Grubbs feeling helpless and having to get creative in getting the fire department to her house, which at this point was shooting thick, smoky chunks from the chimney.

At first, when Grubbs heard the dispatcher pick up and say, “911, what’s your emergency?” she said she knew exactly what to say.

“My elementary school teacher would be so proud,” she joked.

She stated her name and her address, followed by, “I am safe but I do not believe my house is.”

The dispatcher sounded caught off guard, she said.

“Did you say Alpine?” the dispatcher reportedly asked Grubbs. “This is Fremont County. You need to call Sublette County.”

Grubbs said she was starting to panic.

“I called 911, and I’m in Wyoming,” she replied to the dispatcher. “In Lincoln County!”

The dispatcher asked Grubbs to hold while she transferred the call to Lincoln County. Grubbs then heard a recording say press one for an emergency. She pressed one.

“Then I hear, ‘your call cannot be completed as dialed’ and then a dial tone,” Grubbs recalled.

As her body started to shake, Grubbs decided to call her friend back, the volunteer firefighter. No answer.

A captain answered and promised he’d be right over. Her friend was beeping through on the other line. He said he was on his way too.

That’s when Grubbs started grabbing the baby blanket, painting and fly rod, about 10 minutes after the smoke alarms first sounded.

She and the dog got in her car and started backing out of the garage just as deputies and firefighters arrived.

The crew quickly found a blockage in the stove pipe. Although it was an easy fix due to their quick response, the blockage could have caused a lot of damage.

“There is zero damage,” Grubbs said. “That’s a prime example of why every second counts in an emergency.”

After the shock wore off, Grubbs decided to share her experience on the local Facebook group, Misty’s List. When the comments section took off she realized she’s not the only one who’s had a 911 call fail.

She’s made it her mission to be part of the solution to the problem, which has been around for so long dispatchers have a nickname for it.

The issue is prevalent in western Wyoming, especially in mountainous counties that border Idaho, like Lincoln and Teton.

“Every once in a while someone is up on a mountain range and it connects to Idaho,” she said. “It’s not that the system isn’t working. It’s just the tower they hit. You don’t get to pick the tower.”

“At our Kemmerer center we get calls all the way from I-80 in Sweetwater County,” Christensen said.

The problem is in the airwaves and tower frequencies and locations, which Christensen said are out of control of local governments.

She’s constantly working with communication companies like AT&T, Verizon and Silverstar to get 911 calls in Lincoln County to get answered in Lincoln County, she said. But the solution isn’t simple and explains why many 911 calls made from Alpine go to Bonneville County, Idaho.

“Our goal is to be as accurate as possible and get our calls bounced to our centers,” Johnson said.

The cell towers have sectors, Christensen said, and if they can get the communication companies to direct the right sectors back to Wyoming, it would solve a lot of the problem.

Last summer Christensen worked with a cell provider by getting in her car and driving throughout the valley and placing 911 calls in various locations to see which towers caught her calls.

The result of the experiment showed most emergency calls in Lincoln County bouncing to Idaho.

Christensen, who’s worked as a Lincoln County dispatcher since 2006, longs for the days of landlines.

“Landlines are wonderful because we get exact addresses,” she said.

When cellphone calls get transferred to dispatchers, the person’s location doesn’t usually pop up on the dispatcher’s screen.

“It comes to us and the location is blank — so you can imagine in a domestic call or someone needing medical help … and we have no way to know where they’re at,” Christensen said. “It’s very frustrating for dispatchers. It’s like playing Marco Polo.”

Most smart phones have an option in health settings to fill in information so that your details are shared with emergency personnel when you dial 911, she said.

She encourages everyone to do that, to memorize your local dispatch administration phone number, and turn on your smartphone’s compass. (See graphic.)

“I have had people lost in the backcountry and that’s how we found them,” she said.

It’s about being creative when the technology otherwise fails you, she said.

The more prepared the caller is, the better chance of a fast response.

Christensen and Grubbs are now working together to launch an educational campaign to boost awareness of the potential for getting the wrong dispatch center after calling 911. They’re also talking about starting a committee to tackle the problems, so Christensen and other dispatchers aren’t left to do all the troubleshooting.

When a dispatcher is on the receiving end of a frantic emergency call there is nothing worse than not having the right information to dispatch the proper resources right away, Christensen said.

“I mean that’s what we are here for … you feel helpless,” she said. “Your heart goes out to the person on the other end of the line. It’s the worst feeling in the world.”