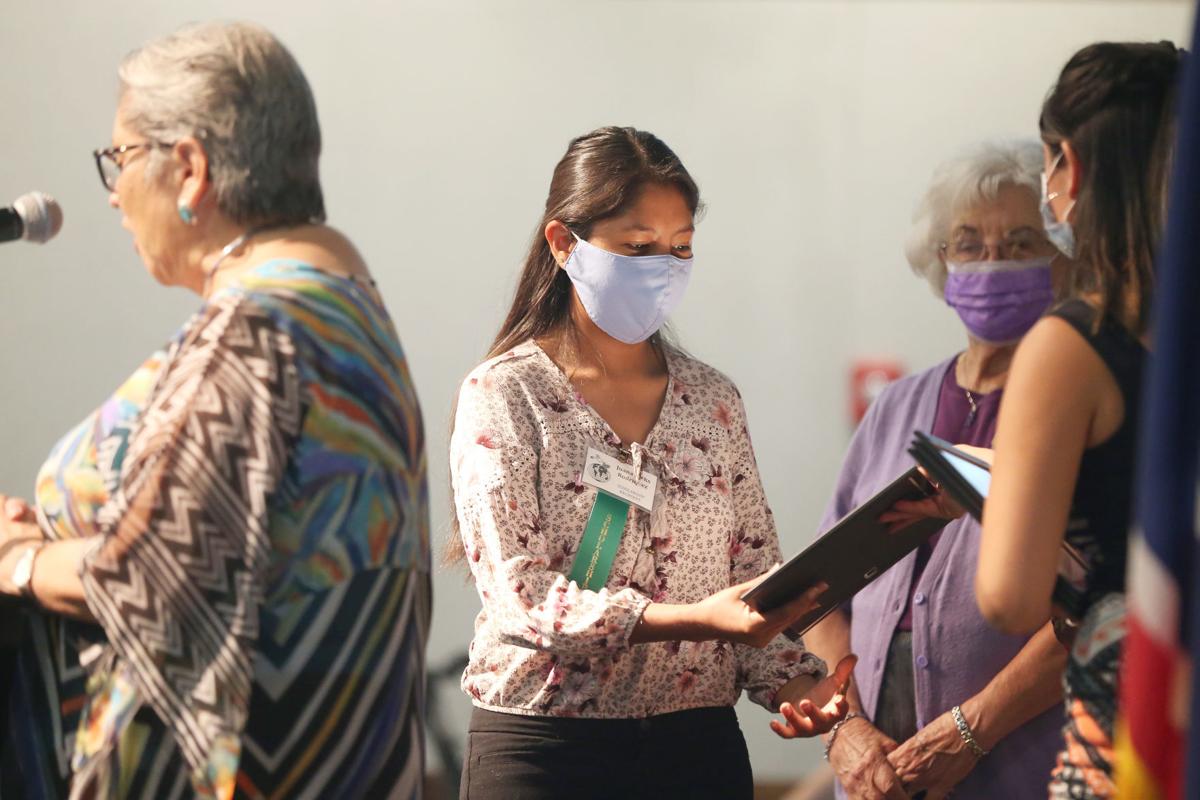 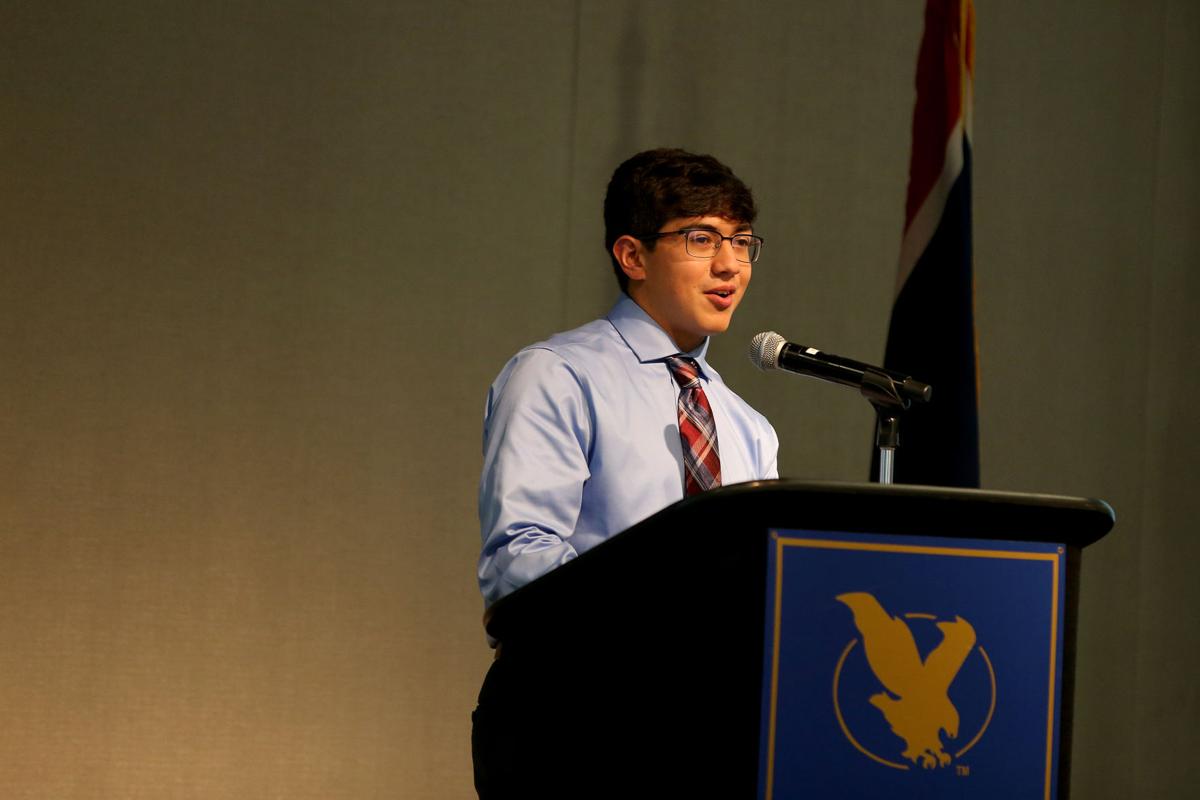 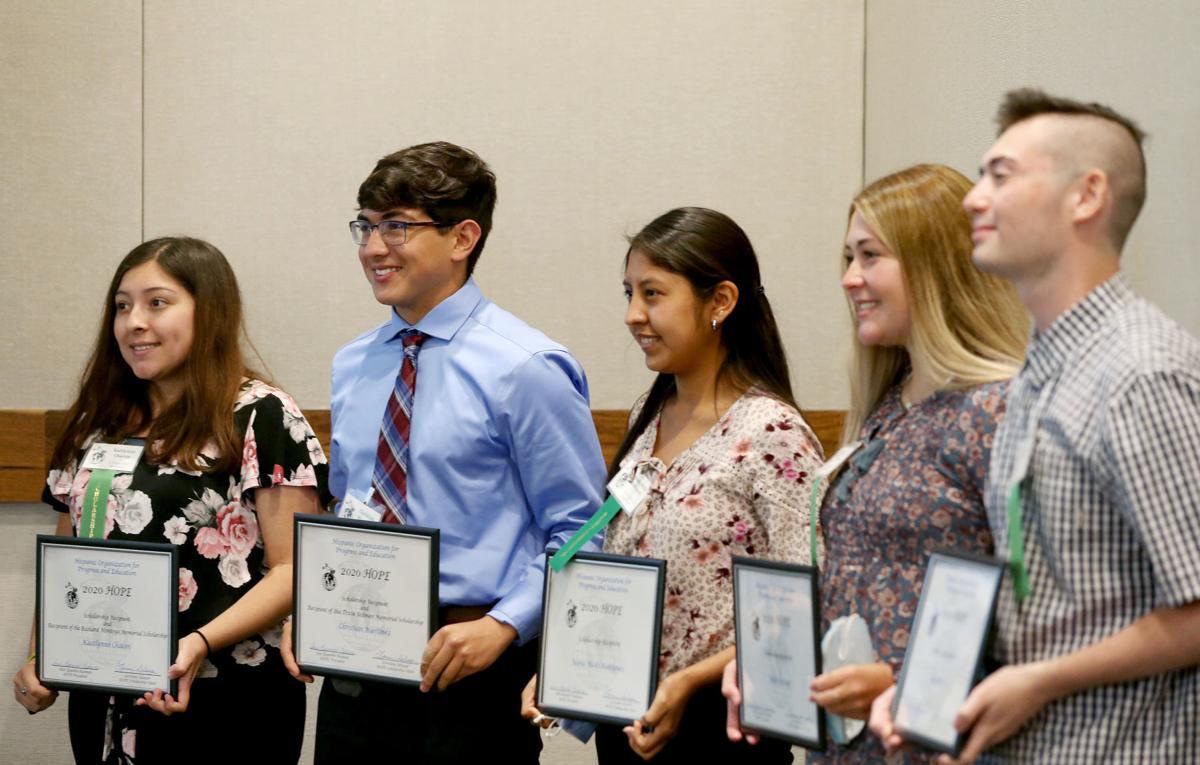 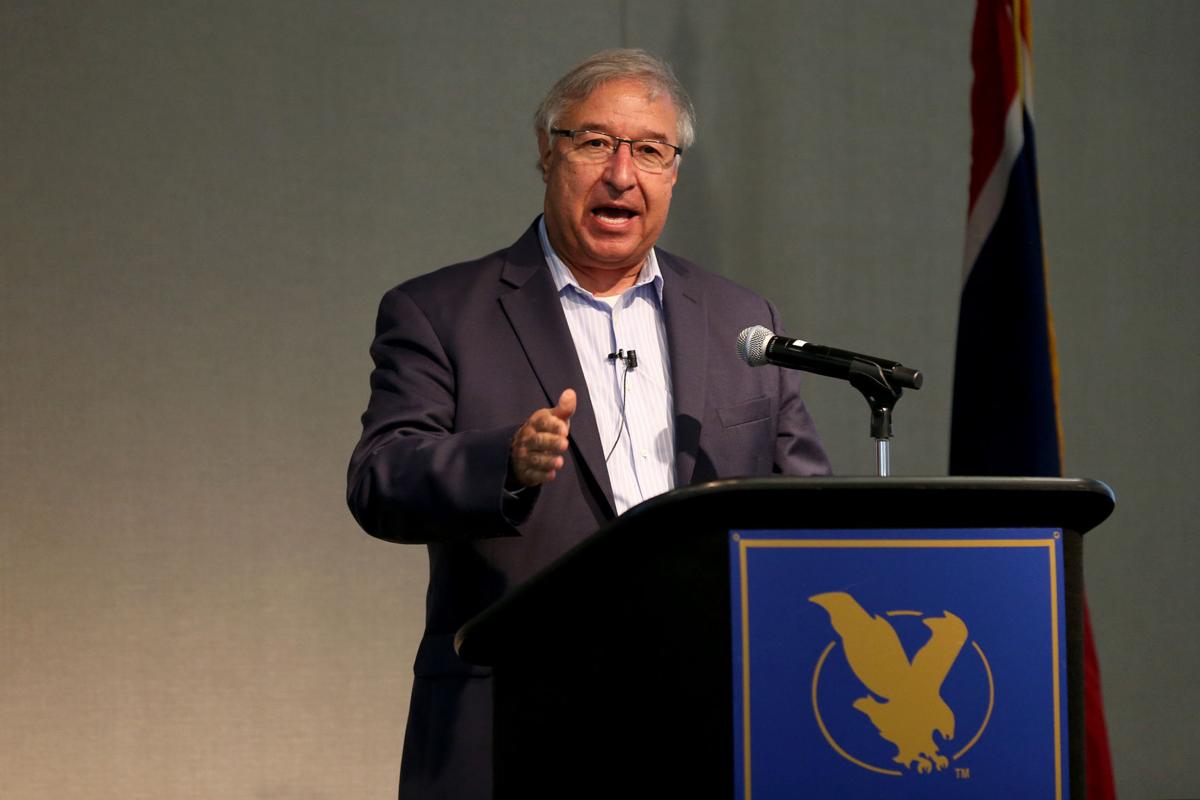 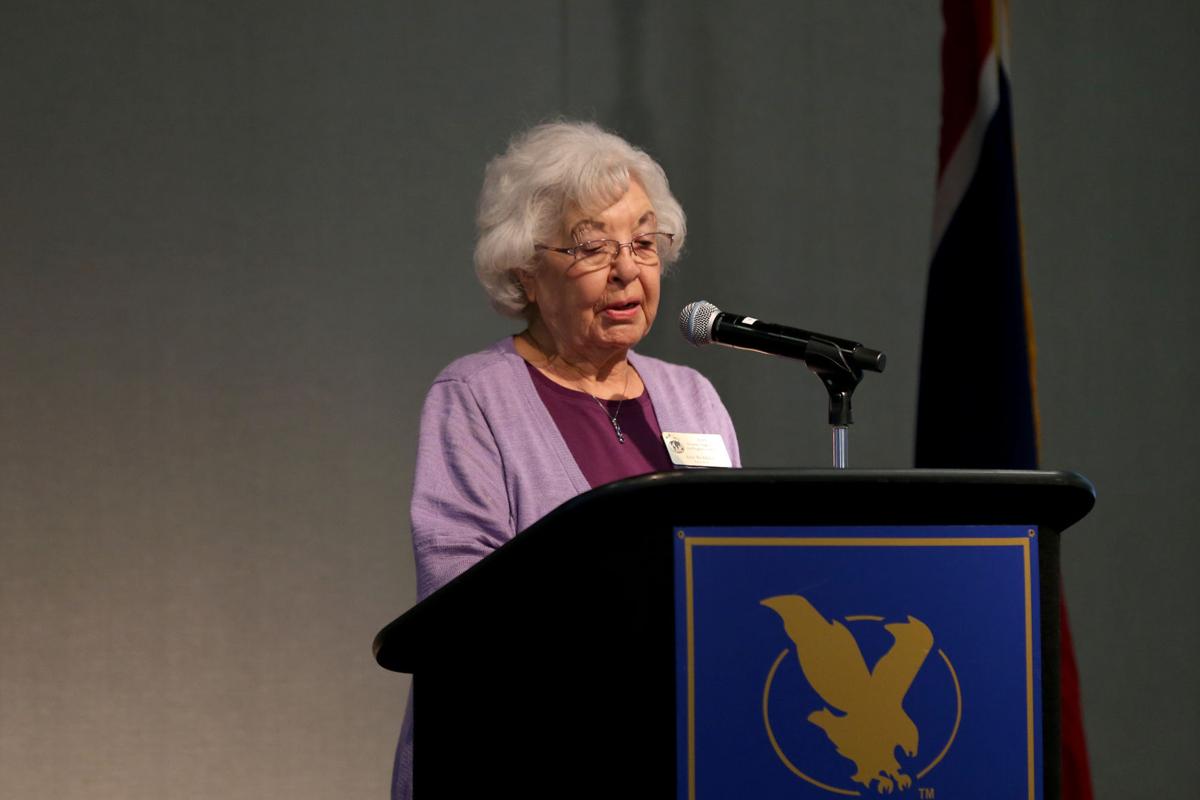 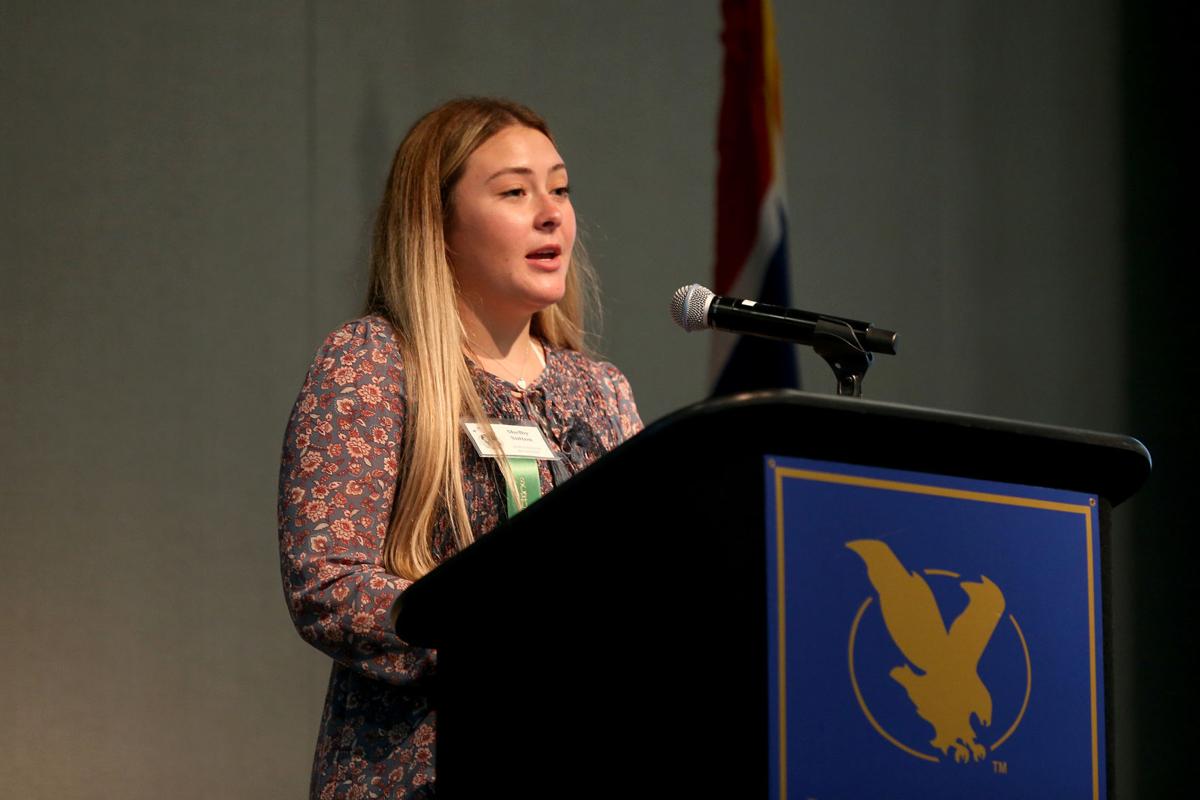 CHEYENNE – Kaitlynne Chacon is one step closer to realizing her goal of becoming a nurse.

The recent graduate of Cheyenne’s South High was one of eight students who received a scholarship from the Hispanic Organization for Progress and Education (HOPE) on Saturday afternoon at a socially distant ceremony held at Laramie County Community College. Each student received $500 toward education expenses, and five of those students received additional money from a variety of family memorial scholarships.

The HOPE scholarship is devoted to the mission of advancing the success of Hispanic students.

“Most of my family members weren’t able to go to college,” said Chacon, who is using her HOPE scholarship and Wyoming’s Hathaway Scholarship to help pay for her courses at LCCC this fall and beyond. As she moves into adulthood, Chacon is focused, too, on keeping alive the cultural traditions her family brought to Cheyenne from Mexico. One way she does that is by performing with the band Mariachi 307 and dancing with the Las Angelitas Unidas y Rayos Del Sol.

Ann Redman, a Cheyenne native and HOPE’s longtime president, launched the nonprofit organization in 1994 to help shrink the educational achievement gap for Hispanic students. She said she’s known Chacon for years and watched her growth as a dancer, student and person.

“They are all amazing students. This group is just as special as all the others,” Redman said after Saturday’s ceremony, noting that she’s still in touch with many of the past recipients. She said she’ll always remember the Class of 2020, which graduated amid a global pandemic. “They are resilient,” Redman said as she congratulated Chacon one last time.

Each recipient had to write an essay and sit for interviews about why the HOPE scholarship committee should select them. This year, those interviews happened in a socially distanced format.

One of the questions the committee was interested to know was what each applicant’s Hispanic heritage means to them.

“The Hispanic culture is made up of millions of individuals, now and throughout history, who know the value of hard work and family. We understand that nothing will get done if we don’t put in the effort.”

Next fall, Martinez plans to attend the University of Wyoming to study physiology. He wants to become a psychiatrist and treat mental illness. “I’ve always known I wanted to pursue a career in medicine because I believe it is the most direct way to help people,” he said.

In 2018, about 5% of active physicians in the United States identified as Hispanic, according to a report from the American Association of Medical Colleges. Hispanic people make up 16.7% of the national population and 14.7% of Cheyenne’s population.

“Latinos are in every industry: medicine, politics, law, entertainment,” said Tony Hernandez, a former five-term Colorado state lawmaker and keynote speaker of the ceremony. He noted how the Hispanic population in the state and nation is steadily climbing, after reminding students about the hardships and historical contributions of Latinos like U.S. Supreme Court Justice Sonia Sotomayor.

“People make a difference. Not just in population, but what they do,” Hernandez said. “That’s why our recipients of today are so important because they’re the future.”

He gave the scholarship recipients a three-ingredient recipe for success: believe in yourself, pick something you want to do and do the best you can.

Hernandez, who recalled the discrimination Hispanic farmworkers have endured in the West, put that advice in the context of the year 2020.

“We are fighting two pandemics in our country. One is COVID-19 and one is much older – it’s called institutional racism,” Hernandez said. “You’ll see it everywhere: underwriting for loans, admission to schools and even how you describe someone. … All of those things come from institutional racism and we have to find ways to change it. To do that, we have to understand that the future is today.”

When she starts college next month, Chacon – whose parents accompanied her to the ceremony – is ready to use the HOPE scholarship toward showing that the Hispanic community can “push to accomplish our dreams.”

Submitted News From Our Schools

FRESNO, Calif. — The Cowgirls had another strong defensive effort, and paired with trademark balanced scoring, they picked up a 63-56 win agai… Read more

CHEYENNE — Governor Mark Gordon is dedicating the 2019 Governor’s Prayer Breakfast, scheduled for Feb. 20 in Cheyenne, in honor of the militar… Read more