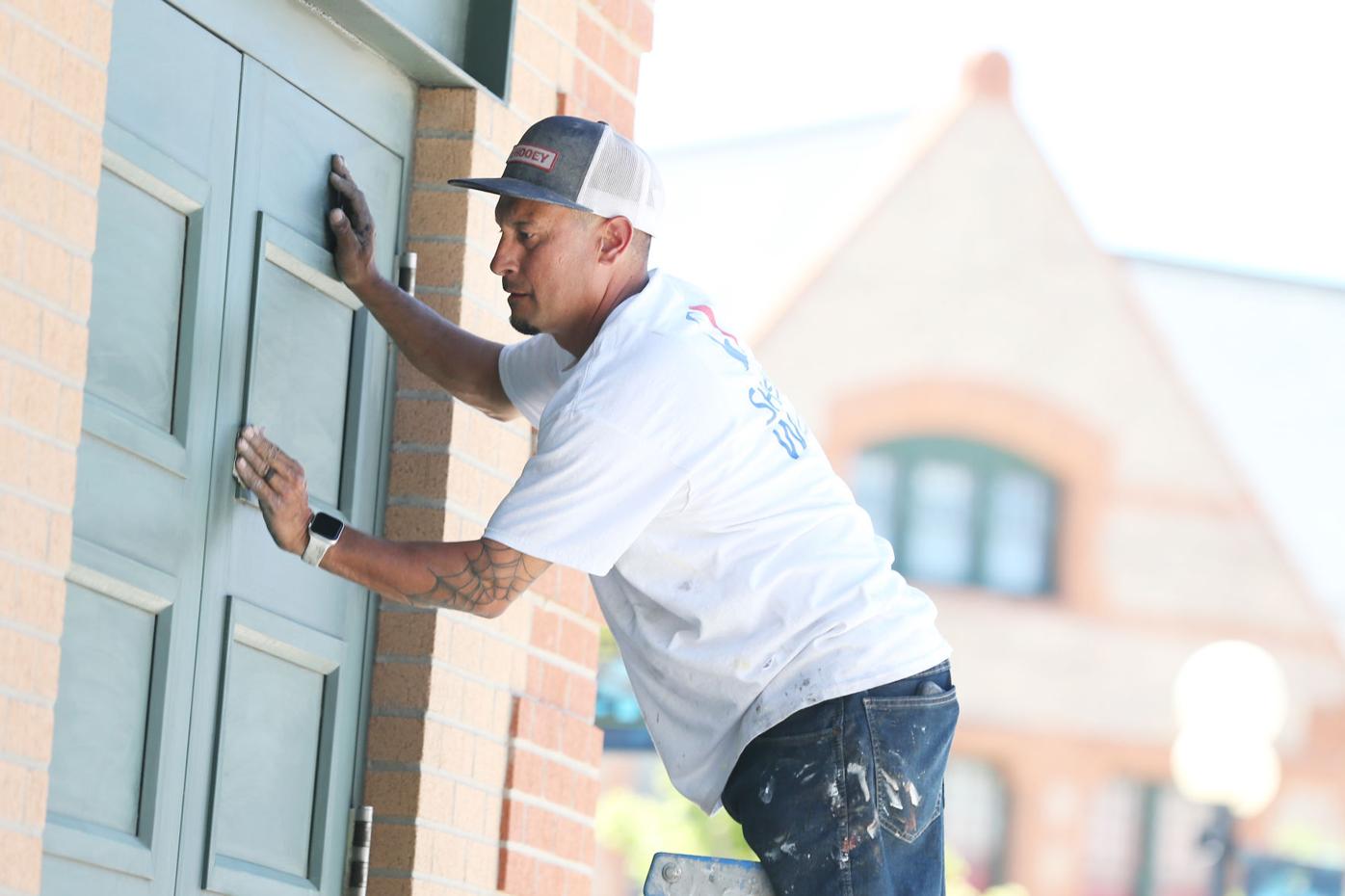 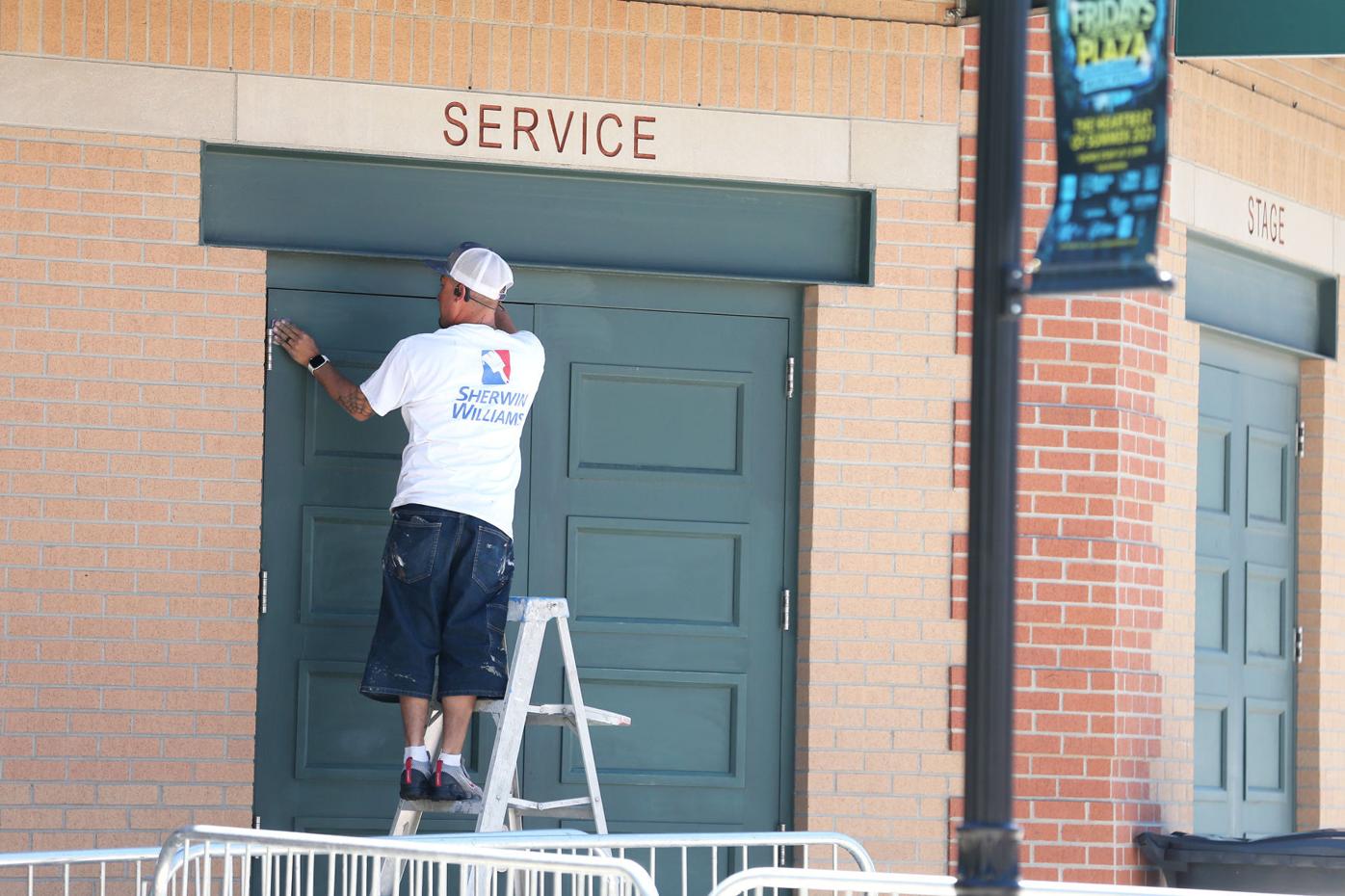 CHEYENNE – The Cheyenne City Council came close to finalizing its $54 million fiscal year 2022 budget Wednesday night, ready to put your tax dollars to work on road projects like the Nationway mill and overlay, downtown improvements for the Depot Plaza and nuisance abatement within the Compliance Division.

More than a dozen positions were added back to the budget after being cut last year during COVID-19 constraints, with funding for more lifeguards for the Aquatic Center and Johnson Pool, more Parks Division staff to care for the city’s green spaces and three new firefighters to bring the force back up to pre-COVID levels.

But with the council set to approve the budget Monday night, one major question remains to be answered: What will happen with the city’s contract with the Cheyenne Animal Shelter?

While the city originally budgeted $675,000 for the shelter – which is a contractor with the city, not a city department – CAS Board Vice President Richard Mincer said at a work session in May that the shelter board voted to pull the contract if the city did not bring its funding up to $850,000.

“For three years, I’ve been telling you that this contract is leading to our ruin,” he said. “It is a drain on the Cheyenne Animal Shelter.”

Pulling the contract would leave the city on its own for sheltering and animal control services, which Mincer estimated would cost close to $2 million a year. Mayor Patrick Collins said the city is still considering its options for such services, including working out a hybrid model.

In a letter to Collins, Mincer said the shelter would work with the city to initiate a smooth transition of services, so the city won’t be left in the cold if a solution isn’t reached by Monday.

“They’ve given us some time, and we need to understand what those options are – Is there a hybrid model? What can we do to make this work for both sides?” Collins said after Wednesday’s meeting. “Our police department and other folks are reaching out to find out what other communities are doing, how they’re doing it, what does that cost, and we’ll figure out what the best way to promote the animal shelter and the city is going forward.”

Without the city contract, the animal shelter can continue to function as a nonprofit, which could take some stress off its workload. The shelter’s contract is open intake, which means staff cannot turn away animals and sometimes have to make the decision to euthanize them. Depending on how the contract negotiations play out, that could change.

“That very well may be in the government’s hands,” Mincer said during the May work session.

With the $675,000 currently slated for the shelter and the newly added budget amendments, the fiscal year 2022 general fund budget totals about $54 million, which is higher than fiscal year 2021’s $50.5 million appropriation, but still lower than the $56 million that was appropriated for fiscal year 2020 before the pandemic occurred.

The lower amounts of funding, paired with the same amount of work over the last year, Lockman said, created some challenges for city leaders as they prepared this budget.

Even as the economy recovers from COVID-19, Lockman cautioned the council about drops that could come from the state’s direct distribution, and sales tax revenues are expected to fall 5% from last year due to a number of one-time revenues, like the construction of the Belvoir Ranch wind farm.

But for this year, it seems the city’s greatest needs have been met in the budget, and some sixth-penny sales tax proposals for downtown improvements and roadwork projects will bolster the funding even more, if they are approved in November.

One of the biggest needs this budget meets is for more staff. After cutting 18 filled positions and 15 vacant positions during the pandemic, the city reinvested some money into payroll expenses for fiscal year 2022, with about a 5% increase from last year.

The council added yet another position to the budget at its meeting Wednesday, with about $79,000 being appropriated for a code enforcement officer for the Planning and Development Department. That full-time position will look over site plans and permits to ensure developments are up to city code, and will be funded by the city’s share of the 4% state sales tax.

“Right now, the Planning and Development Office does not have a dedicated person for zoning enforcement,” Charles Bloom said. “What this will allow is for us to address those zoning violations – the landscaping issues, the problems that we see in the community that are on our major corridors and in our major shopping districts – so we could be the initiator of laws to help beautify and better the community.”

Councilwoman Michelle Aldrich proposed the budget amendment to fund that position, and it was approved 4-3, with Councilmen Mark Rinne, Richard Johnson and Ken Esquibel voting no.

“There’s been a concern by our council on enforcement of some of the ordinances we have and some of these compliance issues. This just seems … to really close the loop, with our addition of an assistant city attorney to help process things, with increasing some of our funding to the compliance office to be able to address some of these issues,” Aldrich said.

The assistant city attorney position was added at a work session in late May for $123,000, to help carry out nuisance enforcement. Due to “severe understaffing,” City Attorney Mike O’Donnell said his office was not carrying out those duties.

An additional $18,000 was also put toward nuisance abatement through a budget amendment, reflecting the emphasis the City Council has placed on the issue for fiscal year 2022.

Other positions that will be added for fiscal year 2022 include: three Compliance Division employees to help with increased development; three firefighters to bring Cheyenne Fire Rescue up to 91; one IT technician to free up time for additional cybersecurity measures; one heavy equipment operator; a part-time Municipal Court judge to handle misdemeanors; a Cheyenne Police Department Community Services Officer for security at the new Municipal Court building; a part-time secretary in the fire administration division; an administrative support assistant for the Facilities Division; two maintenance staff members and one irrigation technician for the Parks Division; and two seasonal employees for the Clean and Safe Division.

A grants manager also was reinstated after falling victim to the reduction in force, with funding from the unfilled chief economic development officer position.

To attend the public hearing at the Cheyenne City Council meeting Monday night, stream the meeting online at cheyennecity.org/ecm. In-person attendance is also welcomed at 6 p.m. in the City Council Chambers at the Municipal Building, 2101 O'Neil Ave.