Get Started
You are the owner of this article.
Edit Article Add New Article
You have permission to edit this article.
Edit
Home
News
Coronavirus
Features
Sports
Obituaries
Community
Business
Classifieds
Milestones
Services
Opinion
Photos / Videos
Weather
Share This
1 of 3 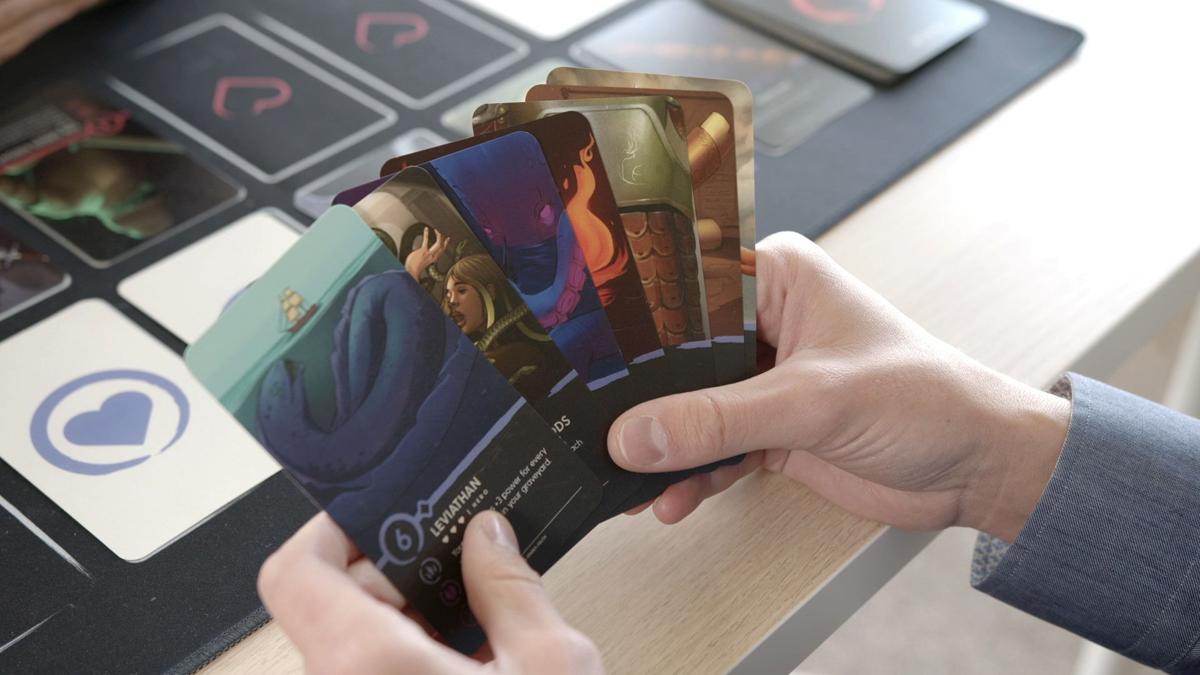 A player examines the Dinn cards in their hand before placing several on the board during a duel. Facebook/courtesy 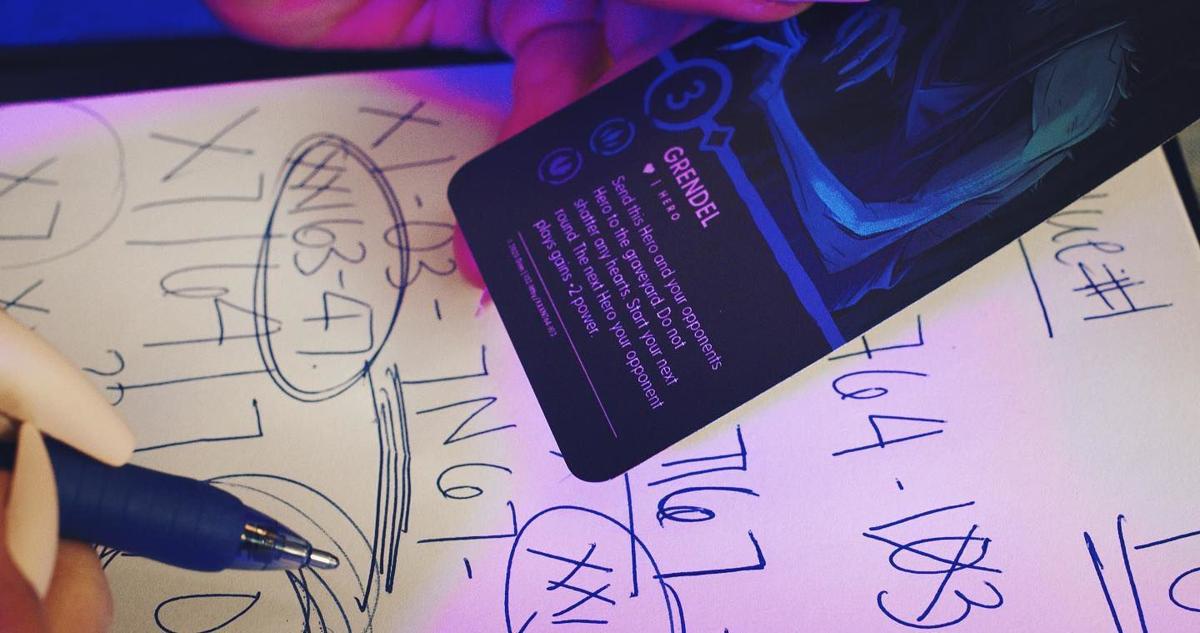 A player works to solve the puzzle in one of the individual Dinn cards. Facebook/courtesy 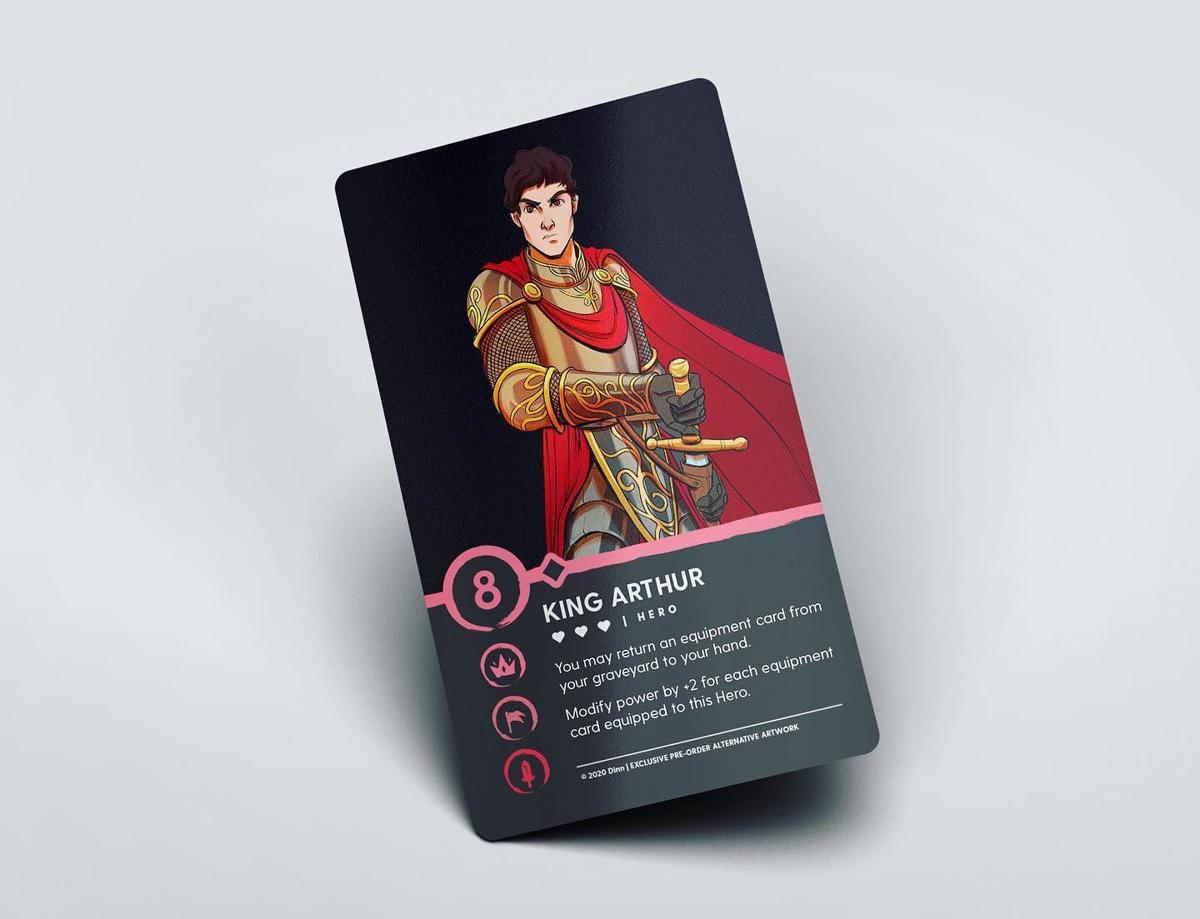 King Arthur, one of the Dinn hero cards. Facebook/courtesy

A player examines the Dinn cards in their hand before placing several on the board during a duel. Facebook/courtesy

A player works to solve the puzzle in one of the individual Dinn cards. Facebook/courtesy

King Arthur, one of the Dinn hero cards. Facebook/courtesy

CHEYENNE – For startups in states like Wyoming, finding capital and connections to get operations off the ground can be a challenge.

That’s why Wisconsin-based gener8tor, a venture capital company, aims to help startups in “flyover” states by taking a portion of equity in exchange for investment. In that endeavor, the gener8tor team found that a number of startups weren’t ready for its accelerating program, so gener8tor started another program called gBETA that helps such companies get up to speed.

Microsoft has sponsored the first gBETA cohort in the Cowboy State, and five startups across Wyoming are now in the process of the intensive, seven-week program that prepares companies to take the next steps with their business.

During that time, the startup teams have one-on-one meetings with mentors and lunch-and-learn sessions. At the end of the seven weeks, the teams have the chance to meet one-on-one with investors.

“Our goal in the six weeks is to prep them, polish them and get them ready for these investor meetings at the end. Then, we set them free and let them go pitch their company and hope that they get investment,” gBETA Cheyenne Director Baylie Evans said. “Our goal is that at least a third of gBETA companies will go on to either raise $50,000 in capital or be accepted into a full-time, equity-based accelerator like gener8tor.”

The five businesses selected in Wyoming are Dinn from Cheyenne, Happyly from Jackson, Frog Creek Partners from Casper, SSi from Sheridan and Engineering Design Group from Laramie. On the first day of October, Wyoming’s cohort embarked on the seven-week course, along with nine other cohorts of 45 startups in places like Madison, Wisconsin, and Lincoln, Nebraska.

“By partnering with gener8tor, we’re able to provide opportunities to the startup industry in order to help ensure their growth and success in our region,” Dennis Ellis, Microsoft TechSpark regional manager, said in a news release.

For Cheyenne-based Dinn, earning a spot with one of the most prestigious startup accelerators in the country is a big deal, said Chief Marketing Officer Haylee Chenchar.

“When we got the email that we were accepted into this program, we just died. It provides a ton of resources and connections for business startup entrepreneurs that they wouldn’t normally have, so it’s just been a fantastic opportunity,” Chenchar said.

While a number of startups, including some chosen for Wyoming’s cohort, are largely tech-based, Dinn more closely resembles a classic playing card game, though the creators have added online twists and interactive portions with prizes.

Dinn CEO Gabe Whittemore came up with the idea while looking for a quick card game to play with his wife. As the owner of a website and graphic design studio, Whittemore decided to create it himself five years ago, and thus, Dinn was born.

According to Chenchar, Dinn is the first trading card game that utilizes puzzles to lead players on a digital treasure hunt. The playing card aspect drives a storyline similar to games like Magic the Gathering, where players use their deck in one-on-one duels, but each card is also a puzzle that players can solve.

The deciphered puzzle will lead players to a website, where they can claim a free reward from Dinn, which is likely a rare version of the playing card at hand.

“The gaming industry is a largely untapped market; you have three big competitors – YuGiOh, Pokemon and Magic the Gathering – and they’ve been there for the last 20 years. So objectively speaking, I think this game has the potential to break into that market,” Chenchar said.

For the founders of Dinn, the gBETA program offers an opportunity to perfect their executive summary, which is what business owners provide to interested investors. Although Chenchar said Dinn has already secured investments, she also said the program opens the door for broadening Dinn’s distribution models – currently, the startup is only sold through e-commerce – and making the connections that could help the company do so.

“If we end up wanting to expand or sell in brick-and-mortar (stores), or if we end up needing investors, we can also go that direction, as well,” Chenchar said.

To apply for the gBETA program

The first cohort of Wyoming startups are currently in the midst of the seven-week gBETA process, but applications are open for the spring startup class.

If you have a business and you're interested in applying, head to www.gbetastartups.com/cheyenne.