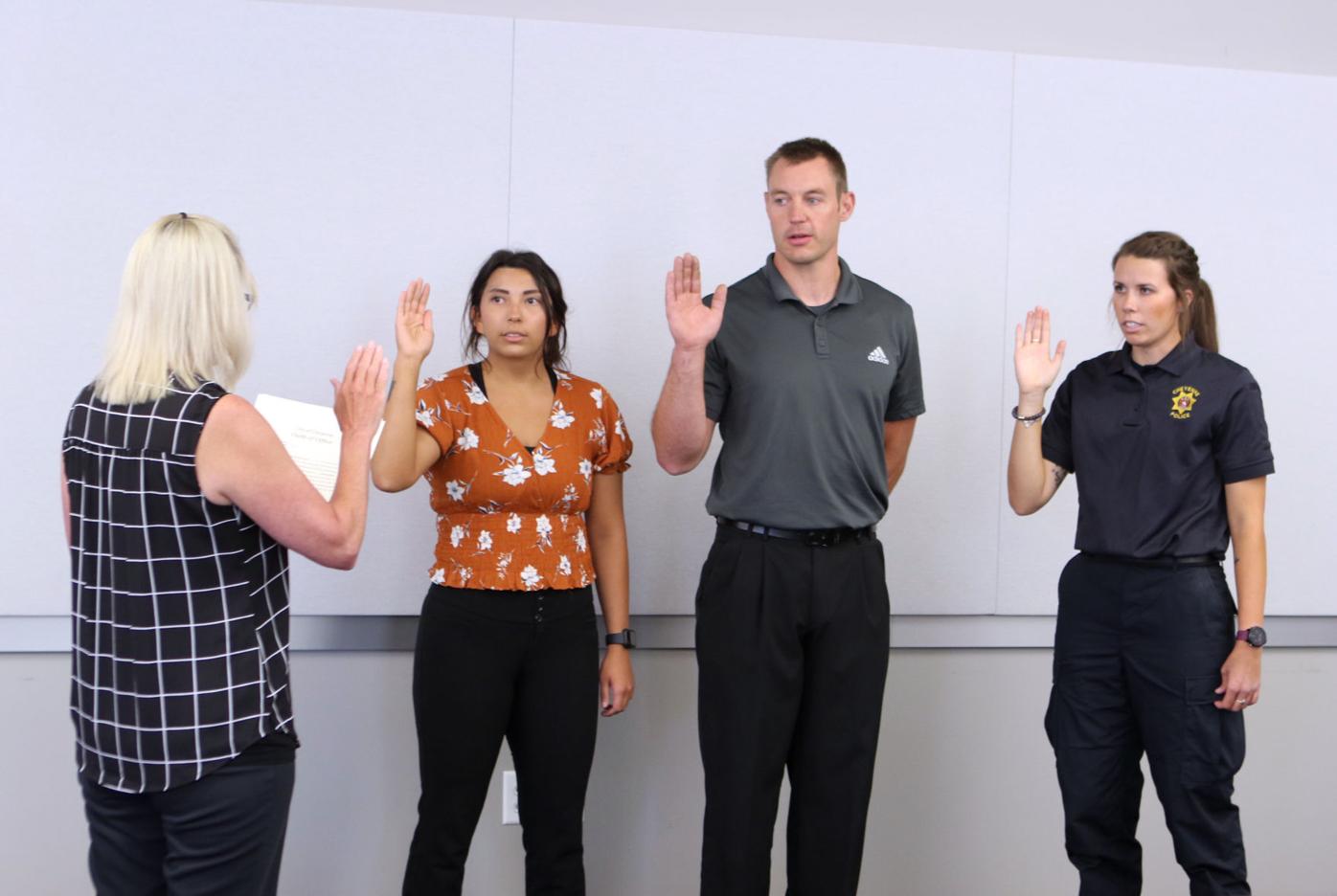 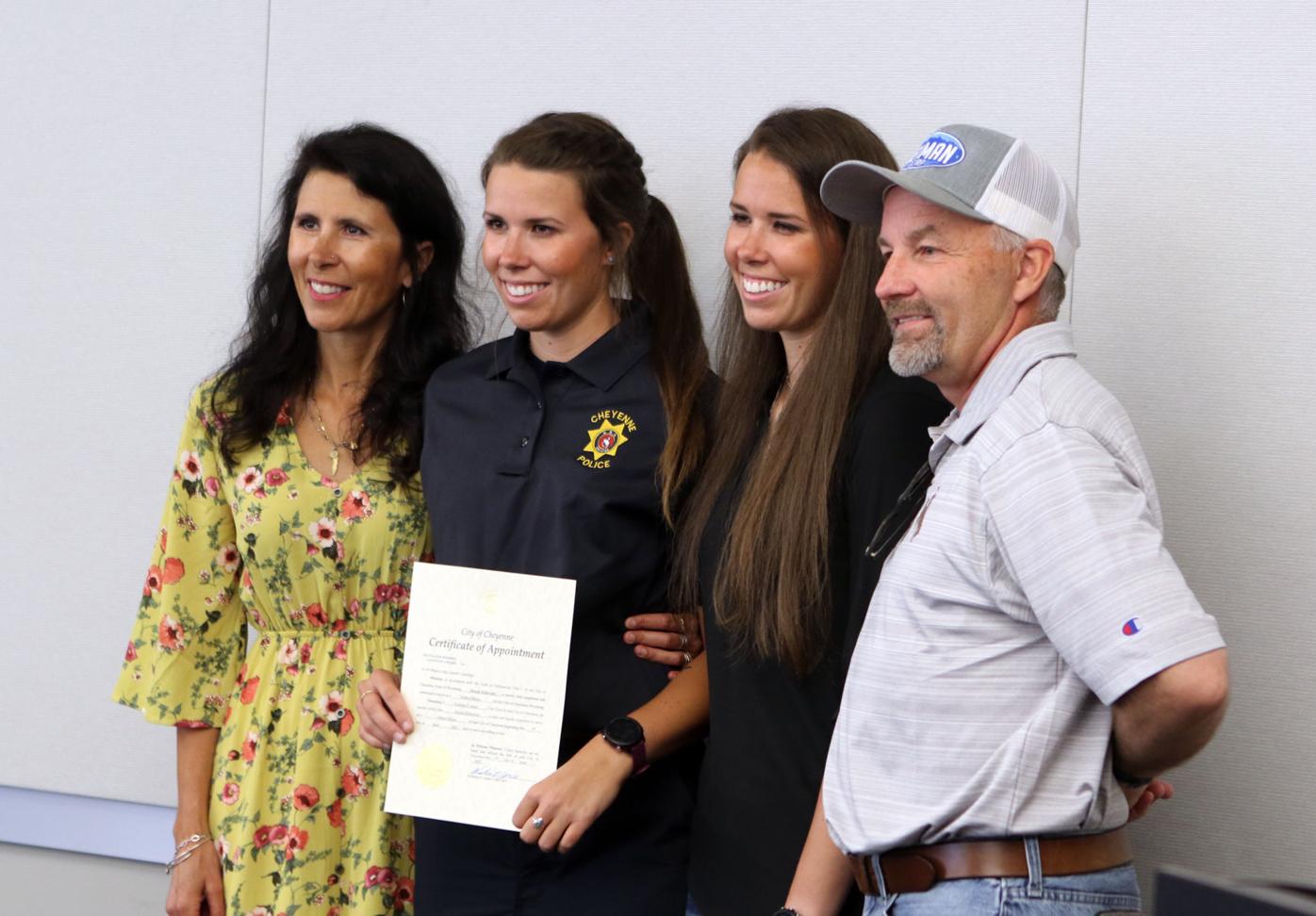 Alarid, who grew up in Cheyenne, said she was attending Colorado State University and trying to decide on a major when she realized she didn’t want her future job to be behind a desk.

“I joined because I wanted to be actively out there in the community,” she said. “I value our community, I value the support and all the interaction that we have, and, for me, it just is a privilege and just a great opportunity to be able to have this chance to go out there and work with so many other great individuals.”

Bolkovatz, also born and raised in Cheyenne, said she’s wanted to become a police officer since she was little and was inspired by family members in law enforcement.

“I’ve been looking forward to this day for a very long time, and I’m so blessed for the opportunity to serve and protect Cheyenne,” she said. “I feel like a police officer is the ultimate do-gooder for their community.”

Van Swearingen moved to Cheyenne with his family a year ago from southeast Alaska, taking a job at Pioneer Park Elementary School. After years of being a teacher, he said, he wanted a change.

“Today feels great,” van Swearingen said. “I felt like maybe as a kid, (being a police officer) seemed like something that I always wanted to do, and Cheyenne seems like a great place. ... (I’m) pretty pumped about it, and just excited to help the community out.”

Alarid, Bolkovatz and van Swearingen will attend the Wyoming Law Enforcement Academy in Douglas after completing ground school in Cheyenne.

“As a police leader, it’s always very exciting to bring on the next generation of police officers, and I would like to thank you three for coming to the Cheyenne Police Department,” Chief Mark Francisco said after the swearing-in. “Thank you for your commitment to the police department and welcome, and I look forward to watching you guys progress.”