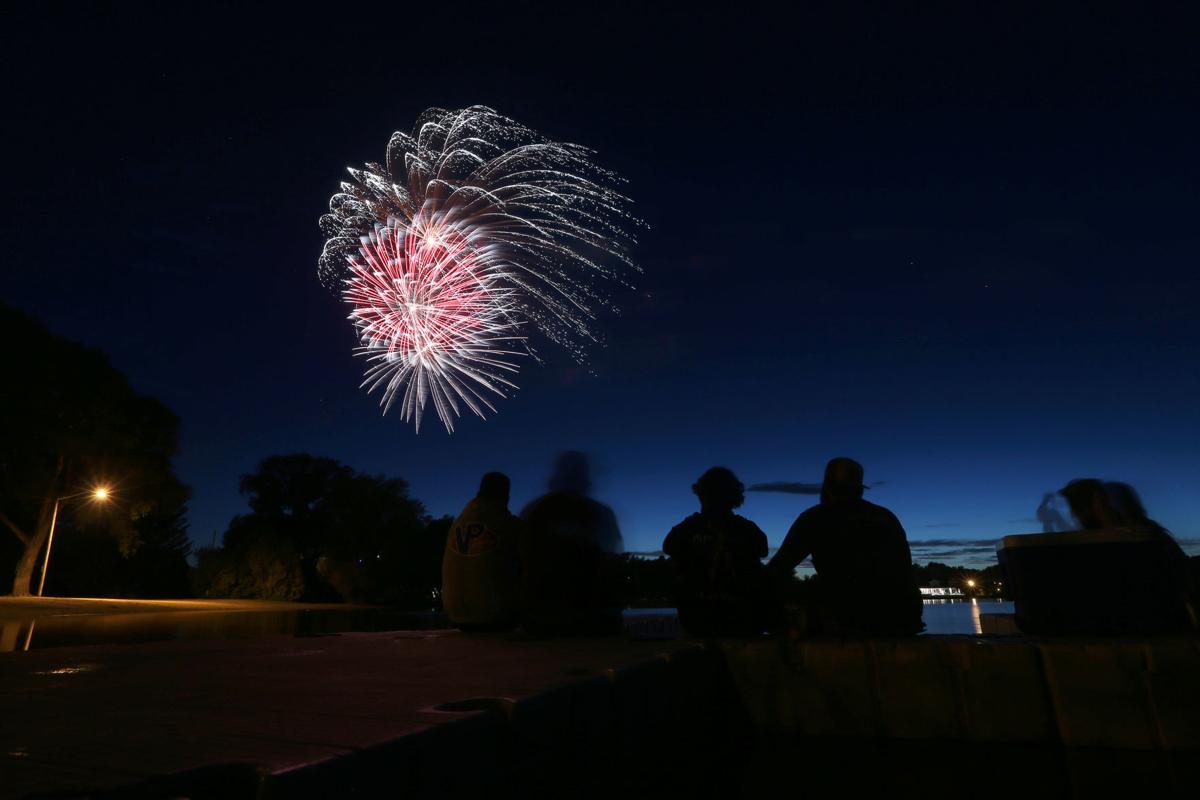 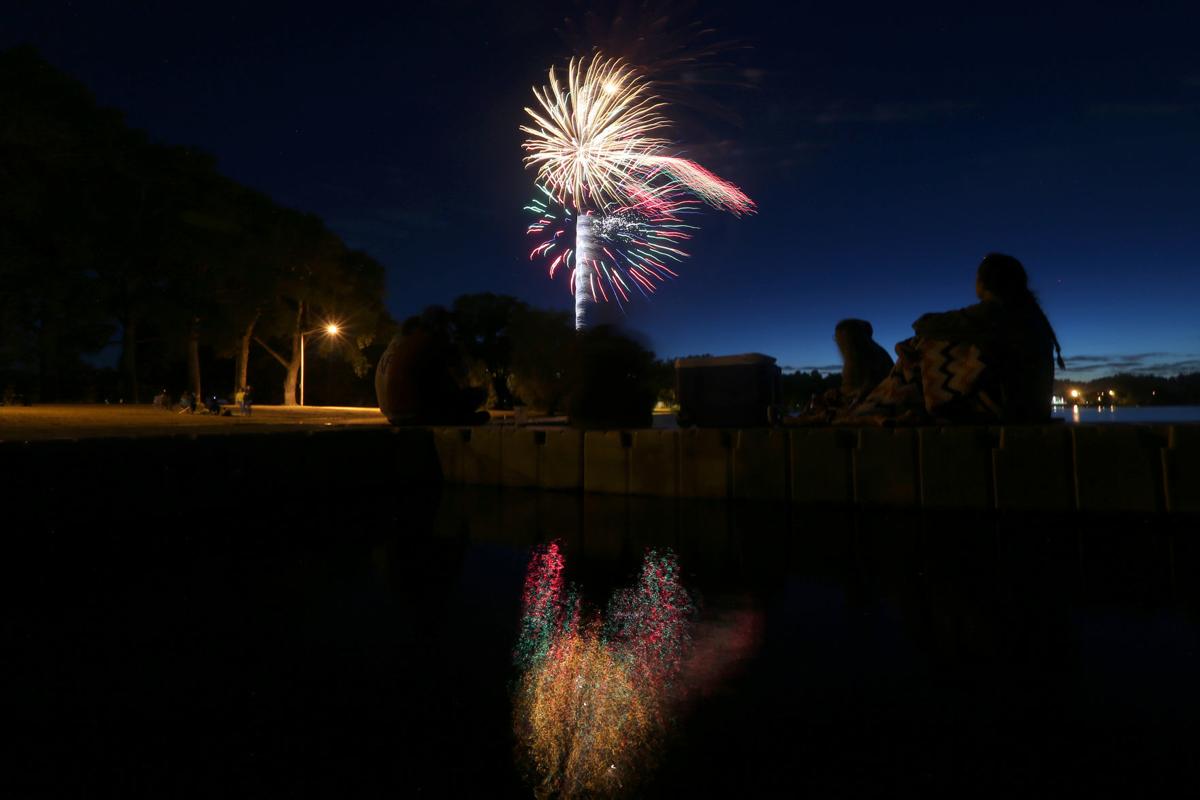 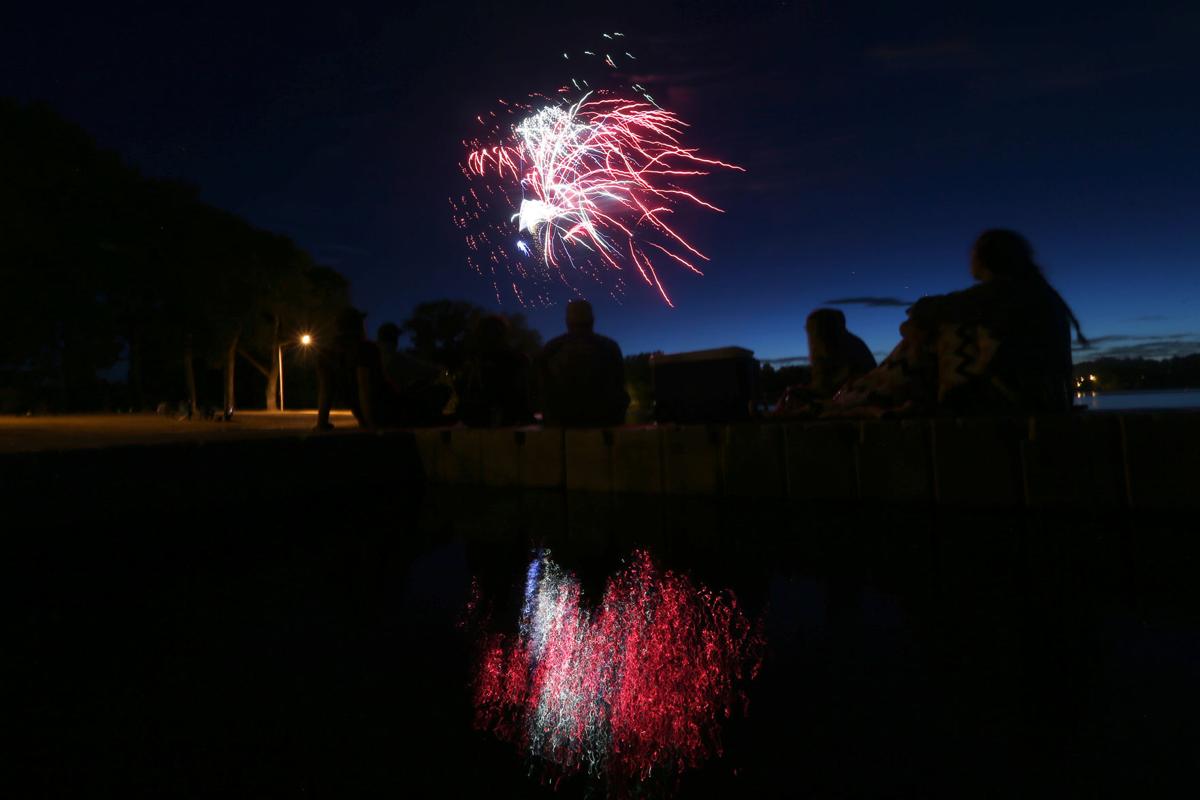 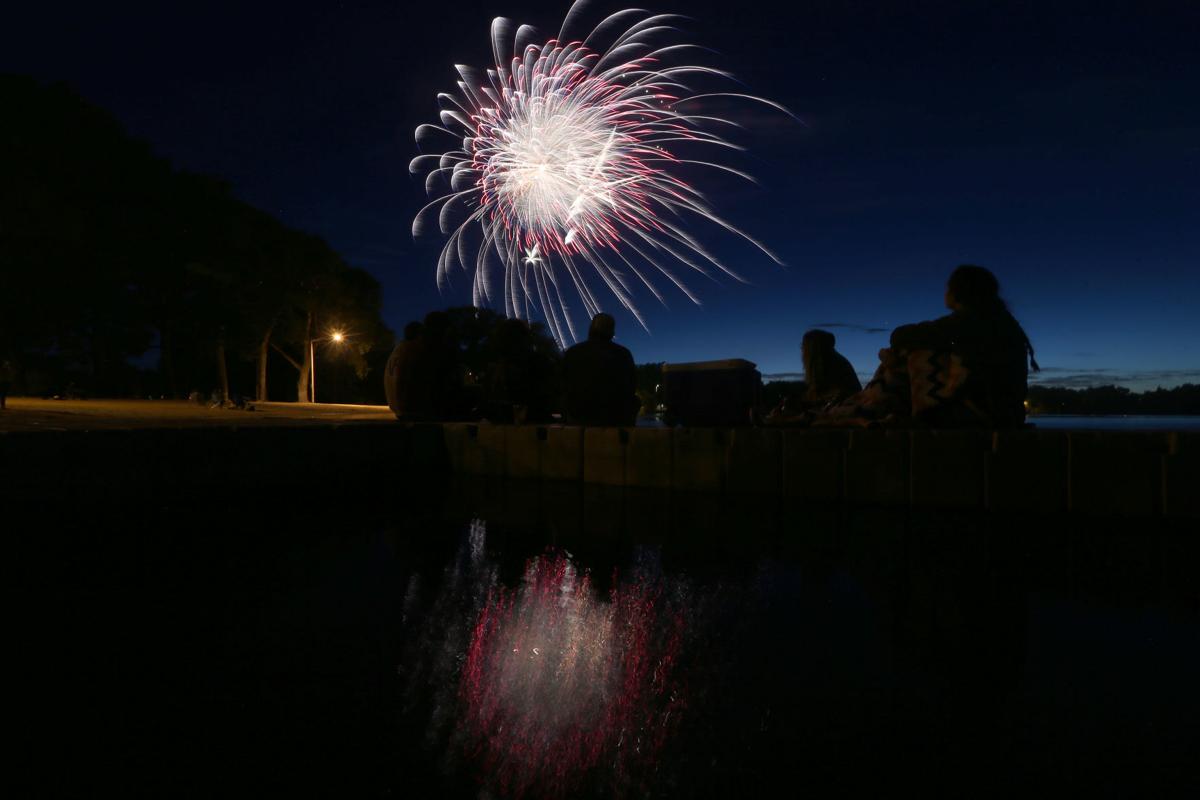 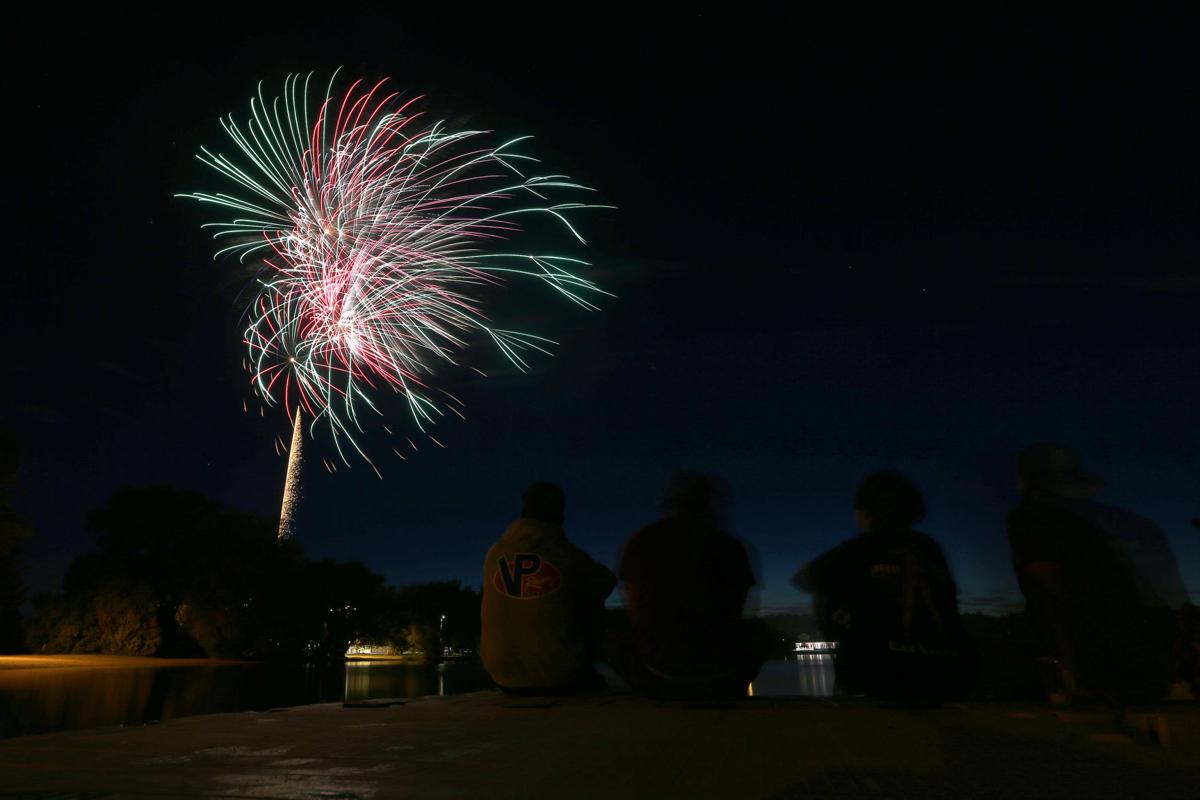 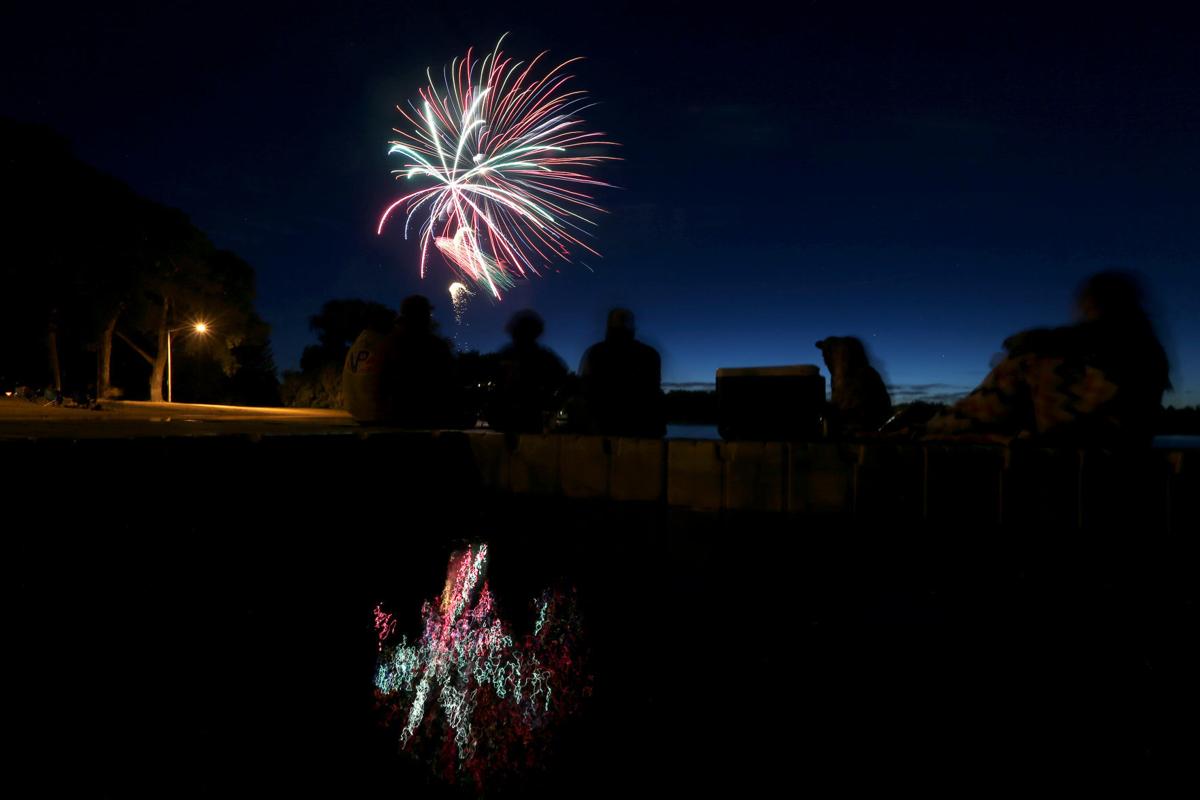 CHEYENNE – Estrella Gomez and her family would have normally had a larger crew with them for the Fourth of July at Lions Park.

But this year, after arriving to the park at 6:15 a.m. to secure the best spot for the evening fireworks, Gomez, along with her husband and three kids, were keeping things small.

“With the kids’ friends, we’re not letting them get together too close, because I work at a nursing facility, and we’re just being cautious and respectful and distant,” Gomez said, as her husband lounged in a hammock, avoiding the glaring sun.

Despite some in-laws and friends not joining them this year, Gomez was still relieved to be celebrating the Fourth of July outside and with her family.

“It feels normal,” she added.

Her family was far from the only one finding some sense of normalcy Saturday, as essentially every shady spot in Lions Park was occupied by early afternoon. As kids played Frisbee and dogs soaked up the sun, almost no one was wearing a mask, though the risk of catching the virus is far lower outdoors than indoors.

Holly Wendling, who was hanging out with her husband and family at the park, said the coronavirus had caused her family to “get back to the basics.”

“It’s brought families together more as far as doing outdoors activities,” Wendling said. “We’re making the best of the situation, not being able to be around big crowds and big events, but I think it’s actually brought more of a family unity.”

With the extension of Wyoming’s public health orders restricting large gatherings through July 15, Cheyenne residents were still eager to find a reason to get outside and celebrate the United States. Around noon Saturday, the line at USA Fireworks wrapped around the building in south Cheyenne. Inside, most of the shelves were already empty.

Jill Person, who manages the fireworks store, said there were more customers in the week leading up to the holiday this year than in previous ones.

“Usually, we don’t start selling out until the Fourth of July, but this year, the 2nd is when we started to have really low stock,” Person said.

Though the fireworks were a top priority for some residents, others were more keen on highlighting what happened in Philadelphia 244 years ago. Earlier in the day, at Holliday Park, a local group of about 30 people gathered for a reading of the Declaration of Independence.

A handful of candidates for the Laramie County Commission, Cheyenne City Council and state Legislature also attended the event, speaking to people about their platforms ahead of the Aug. 18 primary.

Lisa Glauner, one of the organizers of the reading, said it’s important to remember the real reason for the day, adding “the last few months have been stepping on our rights a lot.”

The holiday also offered a time for folks to remember the sacrifices of their loved ones. For Clarence Varos, who had arrived early Saturday at Lions Park ahead of the fireworks, it was a chance to remember his father, a World War II Pearl Harbor veteran who passed away last year.

“People that went out for World War I, World War II, the Korean War, the Vietnam War, because of these guys and gals, that’s why we’re sitting here,” said Varos. “It’s why we’re free.”

Amid the COVID-19 pandemic, many families sought and found some sense of normalcy Saturday, as Cheyenne residents gathered in many places across town to celebrate Independence Day and the legacy of the United States.