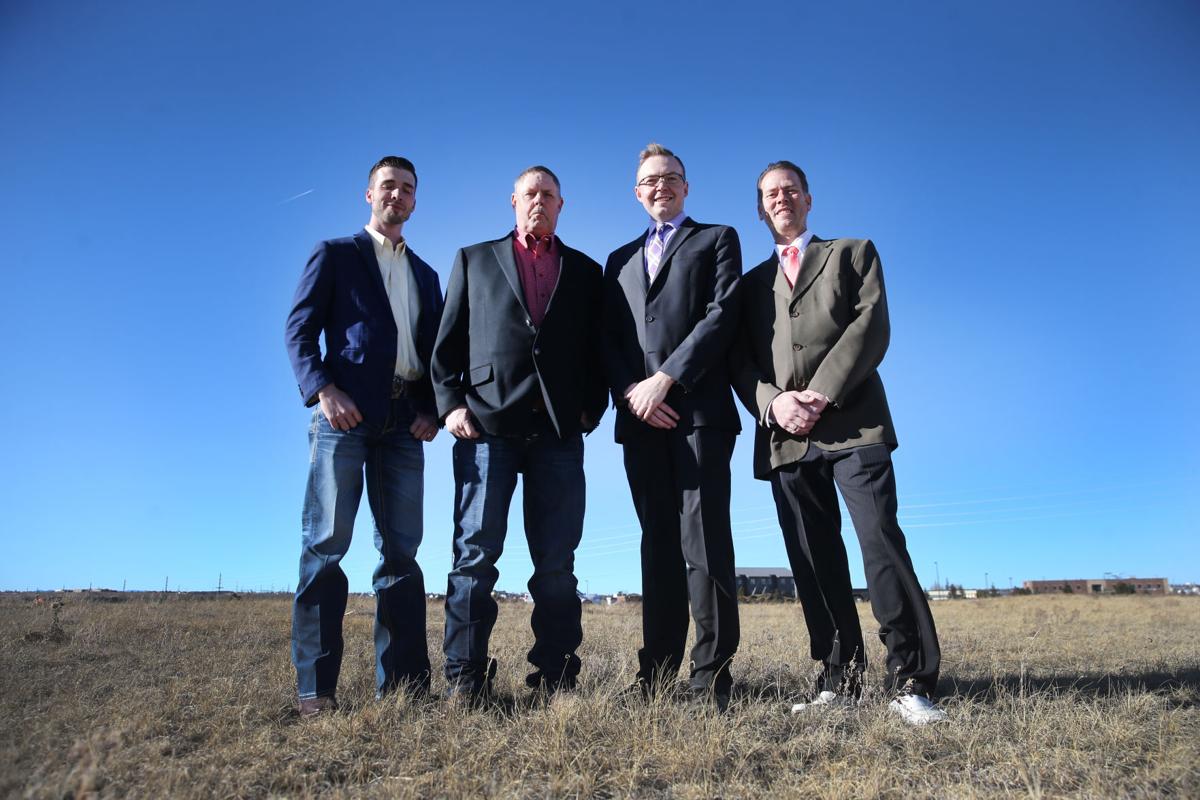 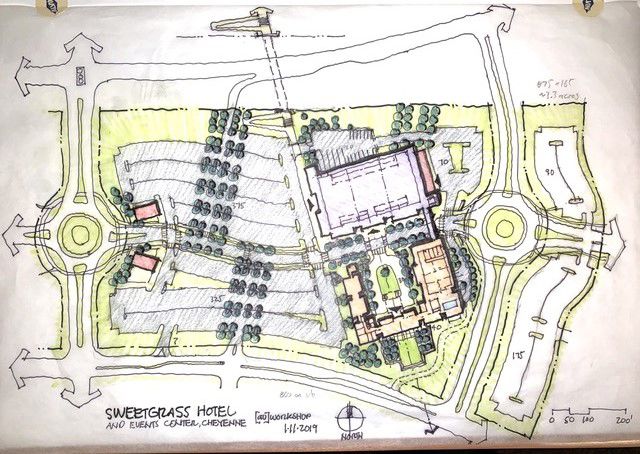 CHEYENNE – A local developer plans to break ground this fall on a new 70,000-square-foot hotel and convention center in south Cheyenne.

The $55 million project, built on the Sweetgrass development south of East College Drive, would be the state’s largest events facility, home to a 150-bed hotel, restaurant and convention space.

Set to open in the summer of 2021, plans include a 36-lane bowling alley and eatery featuring local cuisine. The convention and entertainment space will have the capacity to host concerts, basketball tournaments, weddings and trade shows.

307 Land Development, a southeast Wyoming-based company led by real estate developer John “Tate” Bauman and his family, will oversee the venture, and Fort Collins, Colorado-based AU Workshop will provide architectural services. A general contractor has yet to be announced.

The Baumans leveraged a large cow-calf ranch in southeast Wyoming to establish a number of other companies, including Bauman Construction, Signature Designs and Tate’s Chuckwagon, a Cheyenne Frontier Days staple.

A private equity firm will fund the endeavor.

Bauman estimates the complex will add 170 jobs and $40 million to the local economy annually.

“It’s a great thing that others are looking at Cheyenne and willing to invest in Cheyenne,” said Randy Bruns, CEO of Cheyenne LEADS, the nonprofit economic development organization for Cheyenne and Laramie County. “It’s a strong indication that other folks see good things for us.”

Due to the facility’s proximity to Laramie County Community College, Bauman expects to work with college leadership to offer hospitality career training and employment to students.

“This ties back to keeping our younger generation here,” Bauman said.

The location could mean more sporting events and conventions for LCCC students, too.

Although the complex is expected to compete with Laramie County’s roughly 40 existing hotels, as well as facilities such as the sixth-penny-funded events center being built at the Archer Complex east of town, Visit Cheyenne CEO Darren Rudloff said there’s a clear need for expansion.

The county’s hotel occupancy rate increased by 7.2 percent last year, rising to 58.3 percent. That’s below the 66.2 percent national average, but Rudloff said it’s partly due to the state’s ongoing recession.

“This will help fill out our meeting space, lodging space and hospitality industry in a significant way,” Rudloff said. “It’ll provide competition to existing properties, but, with its meeting space, it’ll be another demand generator.”

“After the taxpayers just funded Archer, I feel like more of the same is just beating a dead horse,” Mark Carroll said.

But Bauman said this will offer something new.

“We’ll have an arena that seats 5,000 people,” he said. “And we’re really excited to capture regional and national conferences that have not looked at Cheyenne in the past.”

Other plans for the 2,400-acre Sweetgrass development include residential and student housing, public schools, a golf course and community park. The Lummis family, which owns the land, plans to turn the former ranch into an economic powerhouse.

“There’s been a lot of conversation about when are things going to happen at Sweetgrass,” said Brendan Ames, the city’s economic development officer. “This is going to be the anchor that really spurs the development and growth of Sweetgrass.”