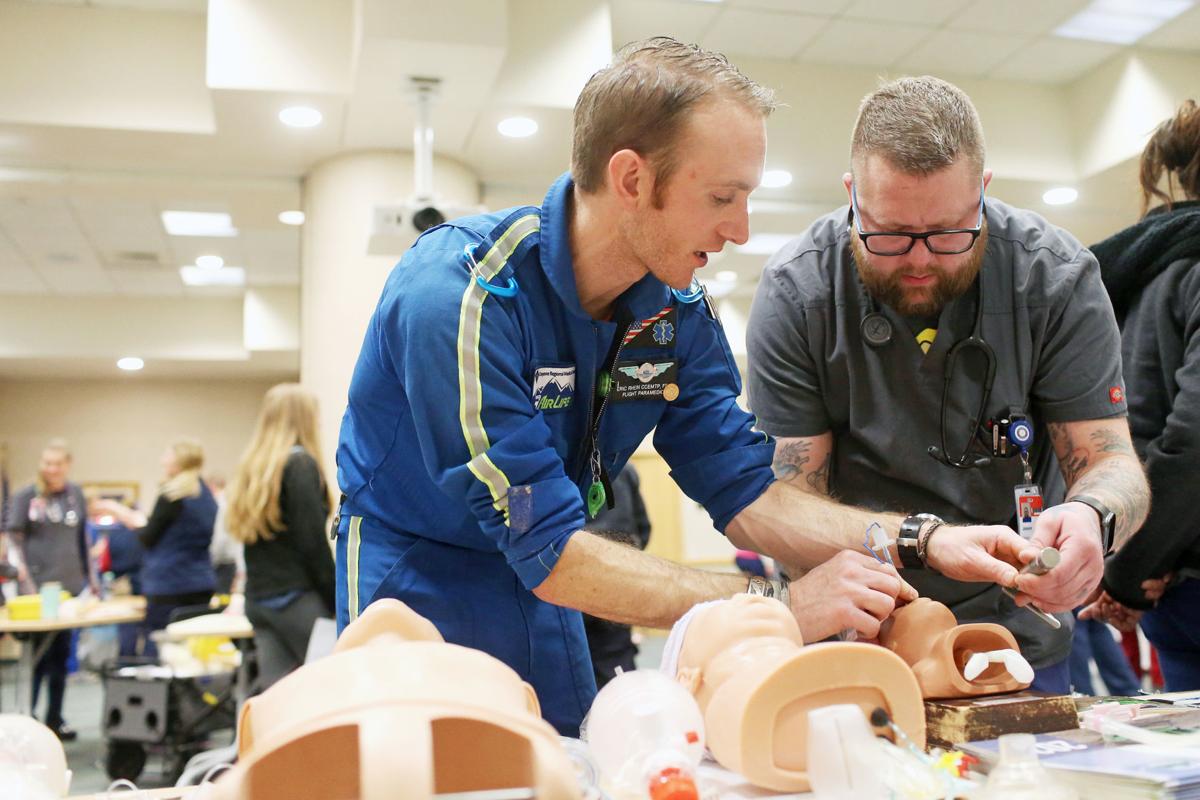 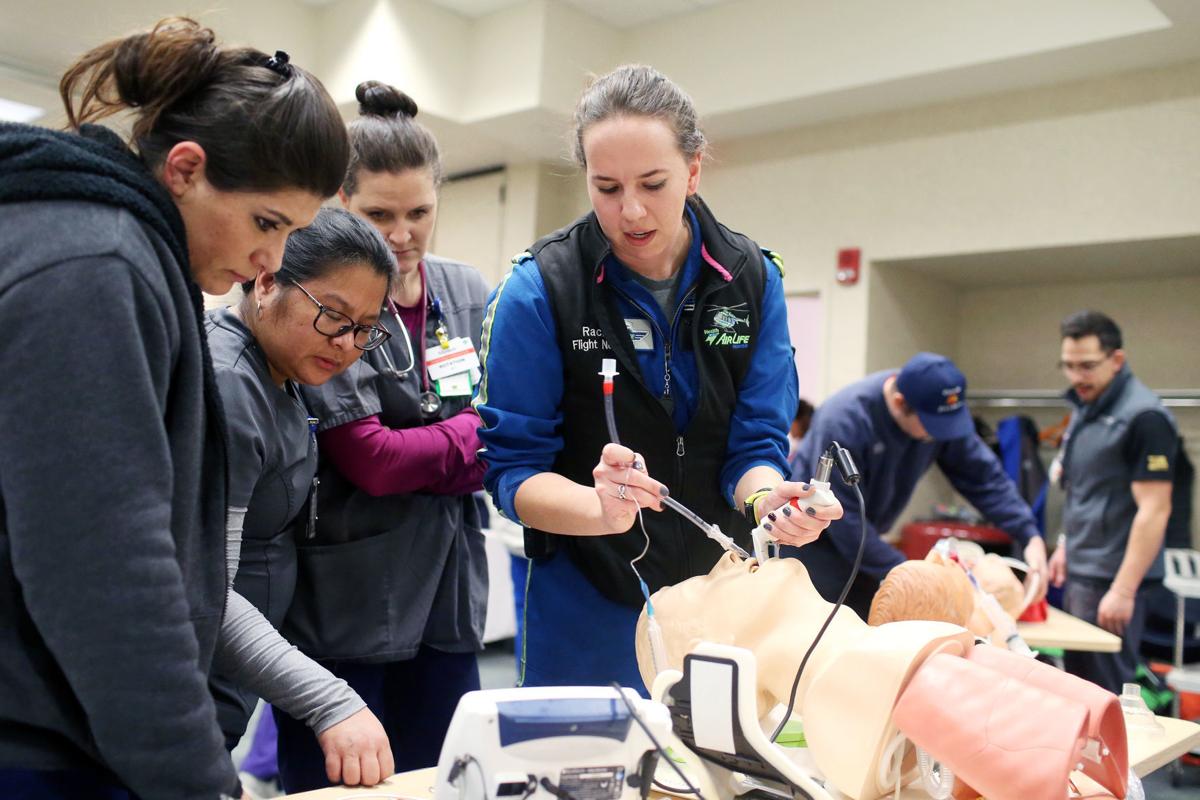 With booths on everything from femur fractures to precipitous births, the goal of the event was to allow medical professionals to refresh their skills and prepare for emergencies they encounter in the field.

“Our end goal is to supply education for EMTs, RNs, anybody that doesn’t normally get to see all of this practiced,” CRMC Trauma Program Manager and RN Emily Kruchten said.

Those attending the fair could visit 22 booths that taught skills like intubation, chest tube drainage systems and helicopter safety. According to Kruchten, one of the most popular stations was on precipitous births, which means rapid labor and delivery.

In those instances, a labor and delivery nurse might not be able to get there in time, so experts on the matter taught their peers information like how much blood is normal during birth and what instances require operations.

While Gould could’ve told you where every kit was in the ER before the fair, she said she didn’t necessarily know how to use them.

“I came to the fair, and now I know how to use them, when it’s appropriate to use them, and they also give you good tips and tricks,” Gould said.

Labor and delivery nurse Leslie Nyberg taught other professionals, like Gould, how to control bleeding and what to do if the umbilical cord is wrapped around the baby’s neck. Nyberg said knowing what to do before the circumstance occurs is important because once it happens, it’s “mass chaos.”

“There’s so much to remember as a first responder, and it goes so fast,” Nyberg said.

Fair attendees learned about proper methods for certain types of practices, but another benefit of the fair was educating professionals about the type of equipment that’s used.

As an ER nurse, Gould sees equipment used by professionals from out of town that are sometimes unfamiliar to those who work at CRMC. She taught her peers in the field about the types of equipment used to treat pelvic and femur fractures.

For pelvis fractures, the equipment used in differs depending on the area. If a patient came in wearing a stabilizer, which sits higher on their chest, Gould said it’s important not to just cut the equipment off because it could cause more damage. But those unfamiliar with the equipment wouldn’t necessarily know that.

One of the fair’s goals was for first responders “to gain more competency and familiarity with the equipment they use,” Kruchten said, so that they are prepared for whatever emergency they encounter.

“Studies do show that as people practice and as people are educated, they usually respond appropriately,” labor and delivery nurse Kalee Plowman said.

The goal of the annual trauma skills fair at Cheyenne Regional Medical Center is to allow medical professionals to refresh their skills and prepare for emergencies they encounter in the field.