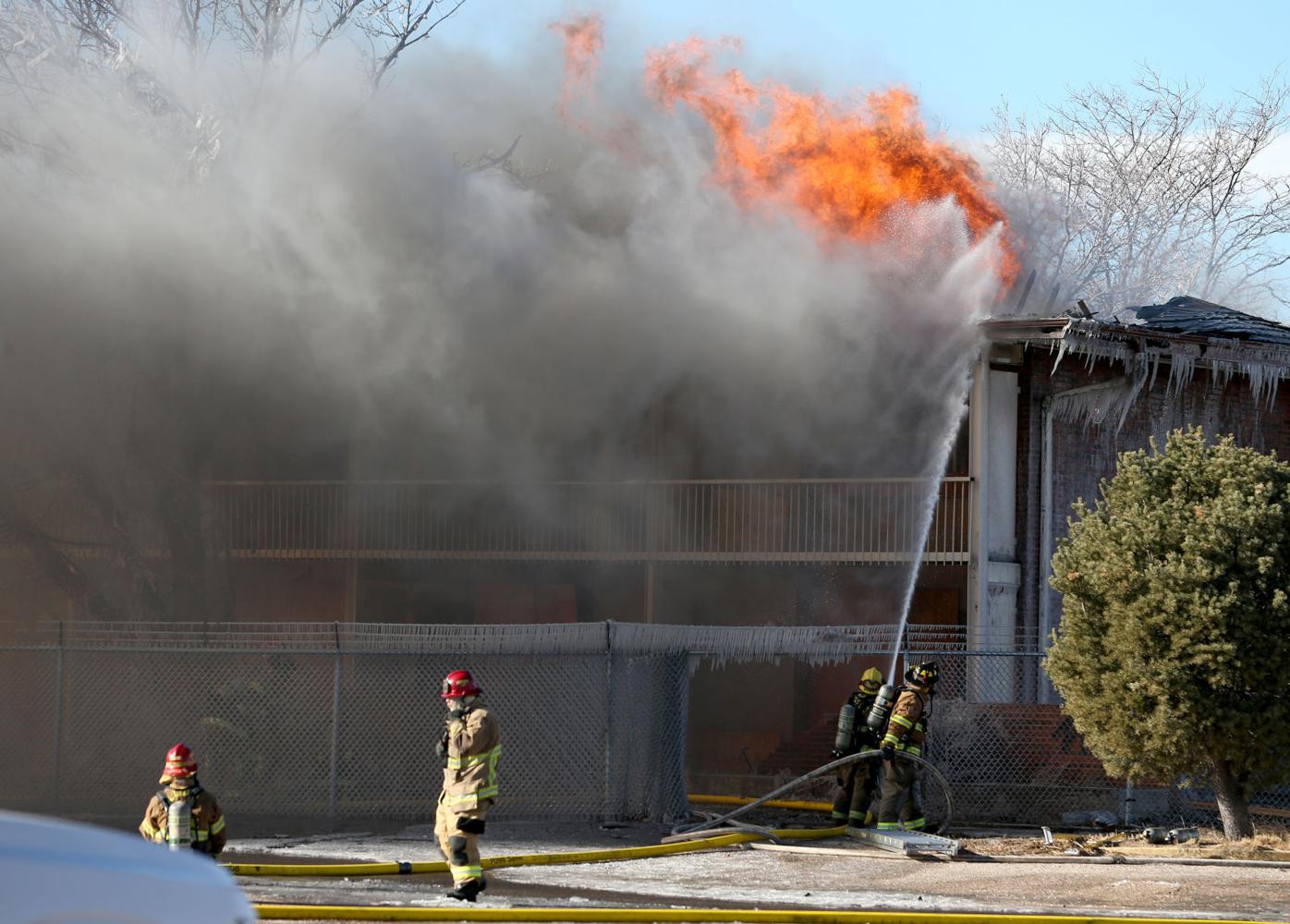 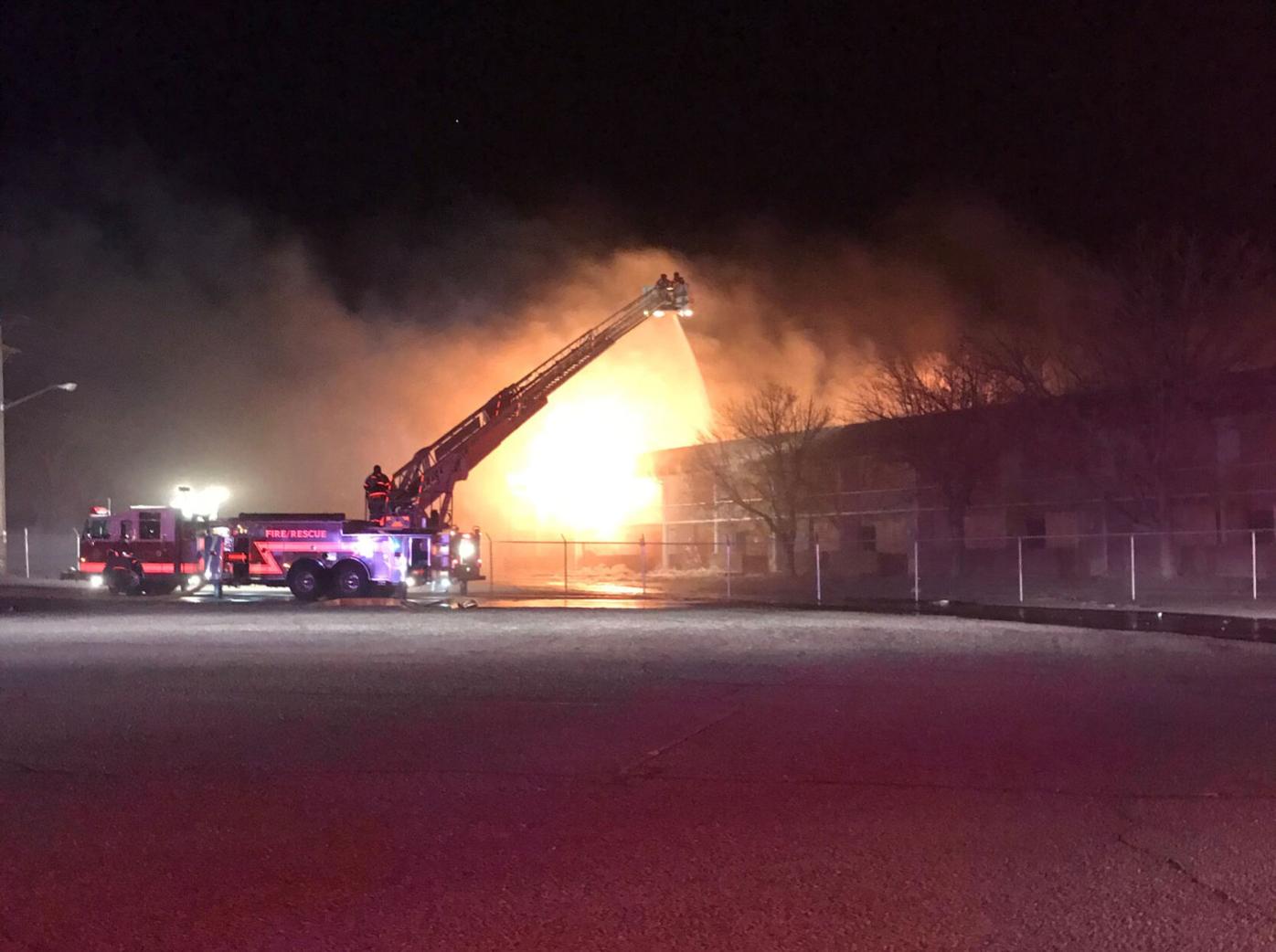 The former Hitching Post Inn, located at 1600 W. Lincolnway, burns early Friday morning. The hotel has been shuttered since 2017 and was condemned by the city of Cheyenne in December 2018. Photo courtesy of Cheyenne Fire Rescue

The former Hitching Post Inn, located at 1600 W. Lincolnway, burns early Friday morning. The hotel has been shuttered since 2017 and was condemned by the city of Cheyenne in December 2018. Photo courtesy of Cheyenne Fire Rescue

After a blaze erupted overnight, the building at 1600 W. Lincolnway was still on fire as of late Friday morning, with smoke billowing across Lincolnway and moving across the train tracks, resulting in low visibility.

Firefighters remained on scene to fully extinguish the fire, according to a news release from the city.

Cheyenne Fire Rescue Interim Fire Chief John Kopper said the fire was under control, but as of 11:40 a.m., firefighters were still working to put out difficult spot fires. A news release later in the day said the blaze was fully extinguished at 6 p.m. Friday, and fire crews left the scene at that time.

Firefighters arrived on the scene at 12:52 a.m. to find “a large amount of fire inside the structure,” the news release said. No injuries were reported, and the cause of the fire is under investigation.

An early Friday morning Facebook post from the Cheyenne Police Department asked people to avoid the stretch of Lincolnway from Missile Drive to Westland Road because of heavy smoke causing limited visibility on the roads, as well as breathing hazards.

The hotel has a history of fires, including an arson case back in 2010. Since then, the blighted building has become a top priority for city officials, as it is both an eyesore and public safety hazard.

The city condemned the hotel in late 2018, and CPD has dealt with trespassing and “minor infractions” since it was shuttered the year before, according to previous reporting.

Most recently, a purchase agreement was on the table with hotel developer John Koehler, but it fell through in the spring when COVID-19 hit.

For a gallery of photos from Friday's fire at the former Hitching Post Inn hotel, go online to WyomingNews.com.