Skip to main content
You have permission to edit this article.
Edit

A Wyoming Game and Fish Department staffer captured this aerial photo of a herd of 1,700 elk in the Laramie Mountains in 2014. 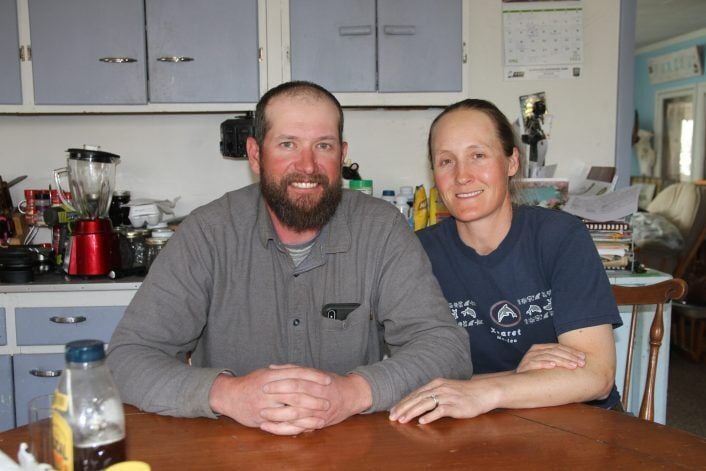 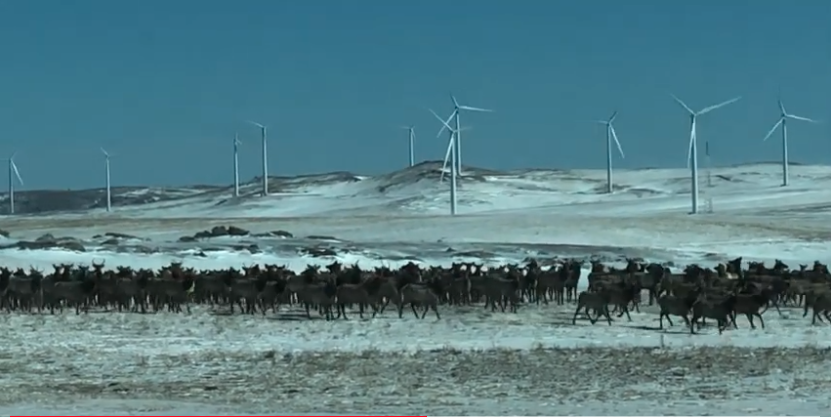 Elk on Turtle Rock Ranch in February. YouTube via WyoFile.

A Wyoming Game and Fish Department staffer captured this aerial photo of a herd of 1,700 elk in the Laramie Mountains in 2014.

Elk on Turtle Rock Ranch in February. YouTube via WyoFile.

LARAMIE MOUNTAINS – Mark Grant recalls childhood days when seeing an elk pass through his family’s property was still rare enough that it was “neat.”

Now there are too many to count – hundreds, sometimes thousands of animals dwell on the Grant family’s Turtle Rock Ranch every day.

“At any given one time, there are more elk on our property than we own cattle,” Grant said from his kitchen table in mid-April. “There were elk this morning on this far meadow. They were down eating the green alfalfa starting to grow.”

For a cattle rancher, coexisting with an abundance of elk isn’t easy.

It creates competition for food. Cattle eat grass. So do elk. The accumulative loss of food for the species the Grants are intending to grow would be a big hit if not for a Wyoming Game and Fish Department compensation program.

“Our total hay crop is usually around 800 tons of hay,” Grant said, “and with [Game and Fish’s] measurement technique, we’re losing at least 200, sometimes up to 270 tons of hay” to elk.

It’s not cheap, he said. Last year, the cost of getting replacement hay to the family’s remote central Wyoming ranch was $260 a ton. The state agency reimbursed them more than $70,000.

Fixing up fences used to take a day or two. Now it’s a two-week-long job.

Elk are also a headache in less predictable ways. Tarps that the Grants use to dam up their ditches and flood-irrigate their fields are evidently attractive to the 400-plus pound native ungulates. The elk have a habit of tugging on the tarps with their mouth and flipping them into the air. In the Wyoming wind, the tarps take sail.

“Talk to a rancher, you’d think the welfare of their cattle, management of their grass and other natural resources would be at the top of their mind,” Grant said. “But now, almost every day, our top concern starts with elk.”

Issues with overpopulated elk aren’t restricted to Turtle Rock Ranch. Across the West, state wildlife management agencies have struggled to knock back herd numbers, especially in places where the adaptable animals have learned to take refuge on private property, away from public lands hunters.

In Wyoming, where elk are overpopulated statewide, the Laramie Mountains are the poster child. This swath of the Rockies’ eastern front reaches from Laramie to Casper, home to the Laramie Peak/Muddy Mountain Herd, which has averaged somewhere between double and triple Game and Fish’s 5,000-elk objective.

Problems persist because of the patchwork of land ownership, wildlife managers say.

The highest-elevation areas are generally part of the Medicine Bow-Routt National Forest, state land and Bureau of Land Management property. Interwoven are traditional cattle ranches, mega ranches sprawling out over as many as hundreds of thousands of acres and properties that are bought and held mostly so they can be hunted for a couple weeks a year. When bow- and rifle-toting hunters hit the hills each fall, elk go where they’re most likely to stay alive. They find it on private properties, and now there’s too many of them.

It’s enough of an issue that a statewide task force is exploring changes to how Game and Fish issues licenses that would increase hunting pressure on herds holed up on private land.

Justin Binfet, who coordinates wildlife for Game and Fish’s Casper Region, has managed the Laramie Peak Herd for two decades. He knows the herd’s history well. Back in the 1960s, Binfet said, there were few enough elk in the region that managers even augmented numbers by releasing elk captured from the Greater Yellowstone Ecosystem. The herd grew, slowly at first, but that growth became exponential.

“Sometime in the late ‘90s, early 2000s, there was certainly a recognition that elk numbers really took off,” Binfet said.

Game and Fish responded at the time by more than doubling its population objective for the herd, from 2,250 to 5,000, Binfet said. The state agency also enabled more intensive hunting, doubling licenses doled out, and by 2009 distributed 5,000-plus tags for the zone, elk area seven, which treads into five counties: Albany, Carbon, Natrona, Converse and Platte. Now tags top 6,000. Managers also “dramatically liberalized” the seasons, letting hunters stay at it until the end of January.

“We’ve really saturated public lands in the area” with hunters, Binfet said. “The hunting experience on public land has really deteriorated from where it was 10, 15 years ago.”

The Laramie Mountains remain renowned for producing trophy-class bull elk. But sportspeople agree that there are problems.

One hunt planning website geared toward public land hunters gave poor marks to ease of access in area seven and scored its “room to breathe” – i.e., competition with other hunters – just 10 out of 100.

“Area seven has a lot of public land. Access is miserable,” Adam Teten, a member of the Wyoming Wildlife Taskforce, said during a March public meeting. “Give out a million tags. You’re still not going to knock down the elk herd because there’s no way for hunters to get in there and be effective.”

Wagonhound’s outfitting business takes pride in its resident elk population, he said, and the emphasis is on the quality of the hunting experience, not the quantity. There are a limited number of hunters willing to fork over as much as $12,000 to $16,000 for five days of bull elk hunting. There are also limited licenses to go around. Only 15% of tags go to out-of-state hunters, who often wait more than a decade for the chance.

“The majority of our outfitting revenue is driven by non-resident hunters,” McCarty said. “When it’s that hard to draw a tag, you almost have to keep your quality up or you’re not going to be able to convince guys to use 12-plus years of preference points, let alone pay the money.”

During the fall hunt, hunters killed approximately 160 elk on the ranch.

While that might sound like a lot of hunting pressure, relatively it’s not. The Wagonhound Ranch, at around 300,000 acres, is roughly the same size as Grand Teton National Park.

The Wagonhound has played around with allowing more public hunters onto its land for free cow-calf hunts that would trim the herd. Those efforts backfired.

“There were hundreds and hundreds of people coming in and out, and they did it dang near every day,” McCarty said. “It took a ton of resources from the ranch and manpower and fuel.”

McCarty champions some changes to license issuance that could increase hunting pressure, like increasing numbers of landowner licenses and allowing Wagonhound to sell them. But he knows those options will never be popular.

“I don’t know how you do it,” McCarty said. The only way to address the overpopulation issue, he said, is to figure out some ways to incentivize landowners to kill more elk.