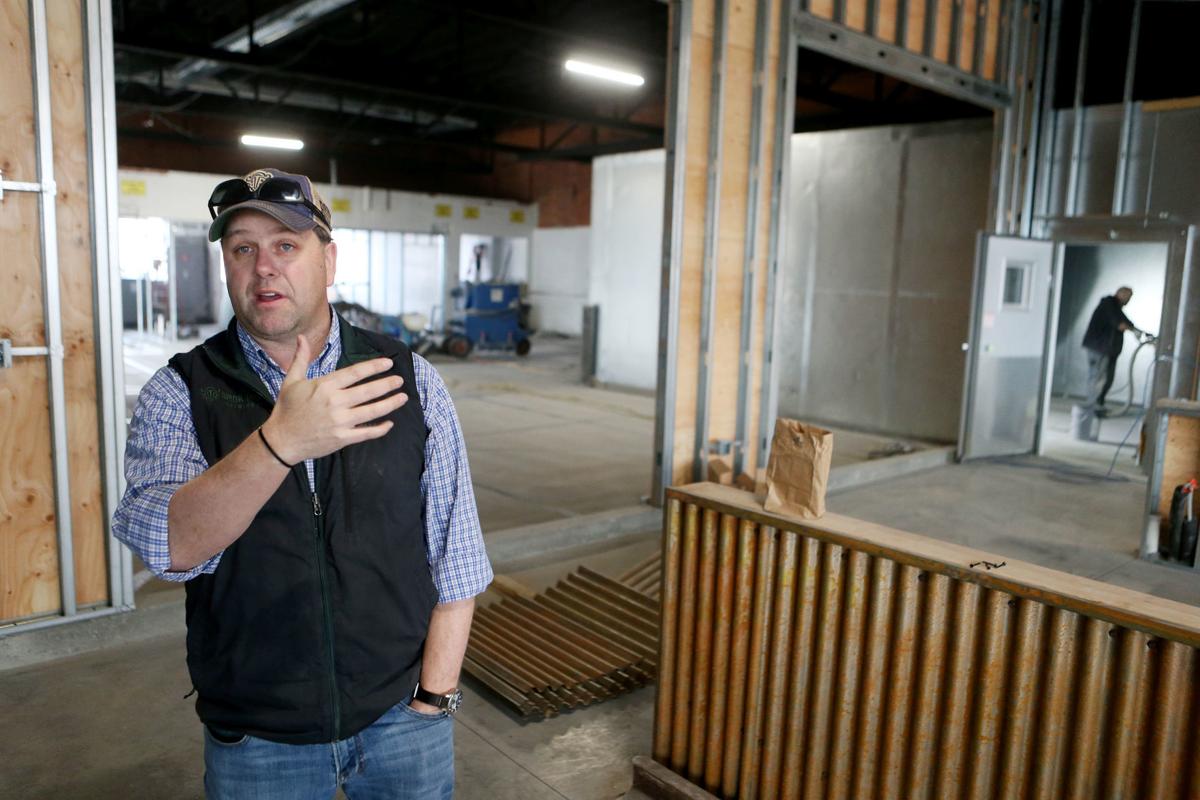 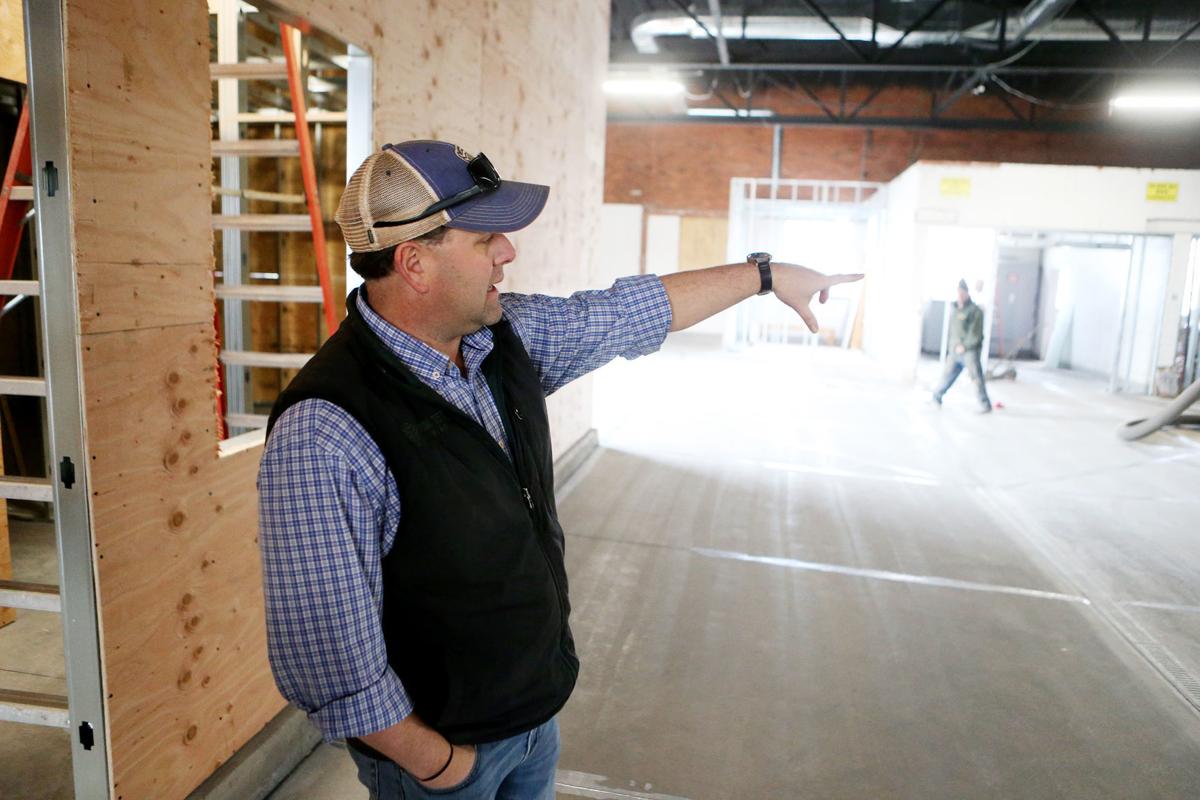 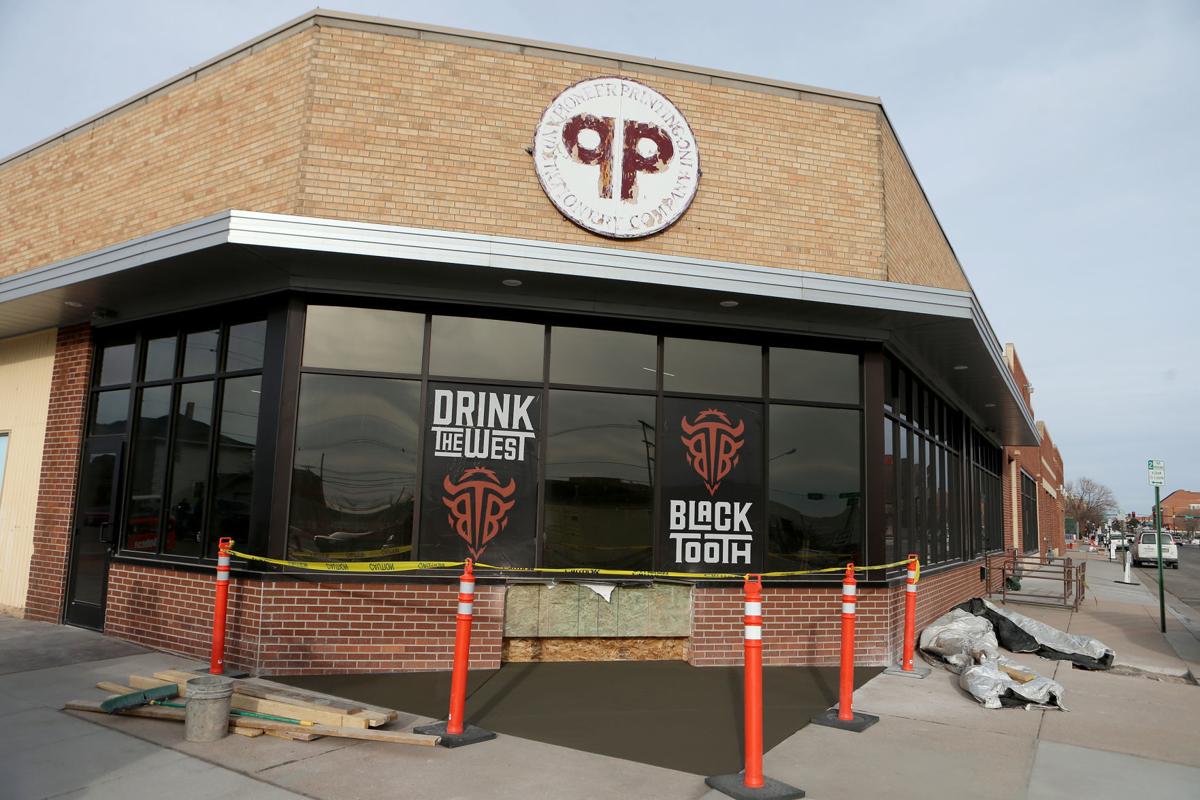 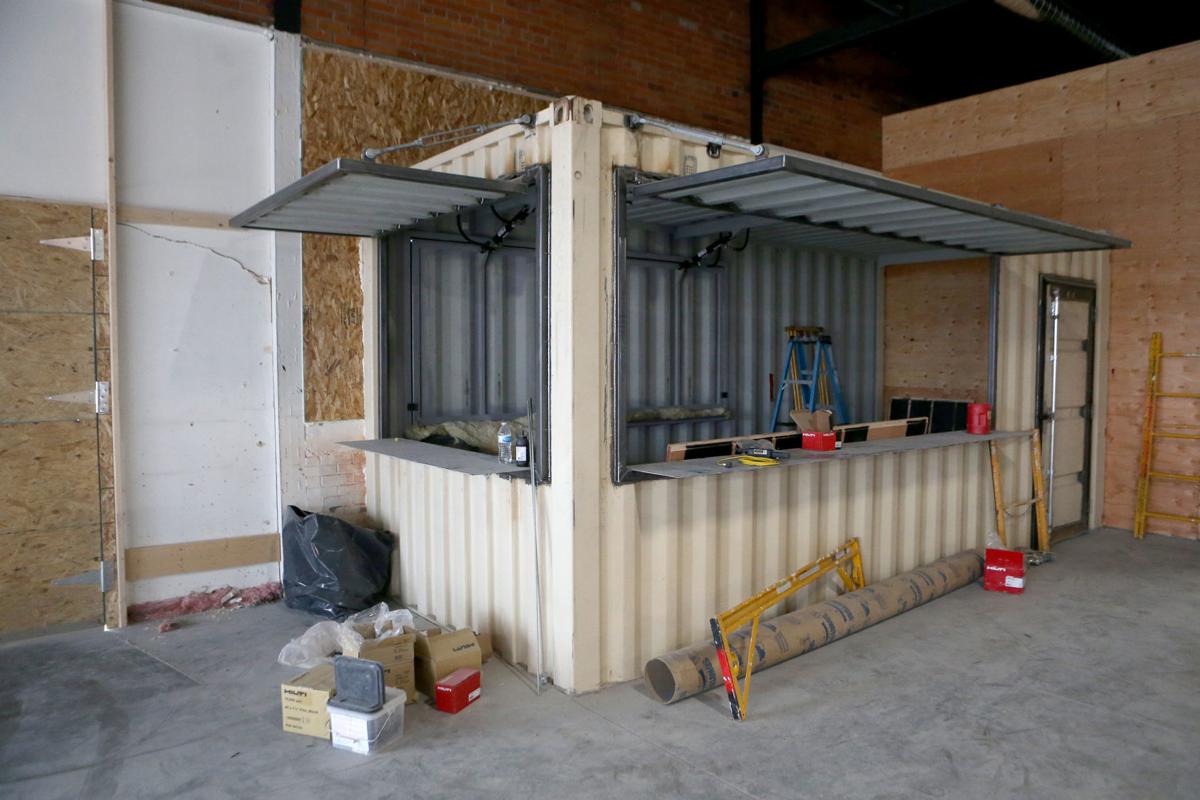 This container inside Black Tooth Brewing Co. will be a bar that has outside access. It was photographed on Thursday, Jan. 16, 2020, in downtown Cheyenne. Owner Tim Barnes said he hopes to have the new location open by mid-March. Michael Cummo/Wyoming Tribune Eagle 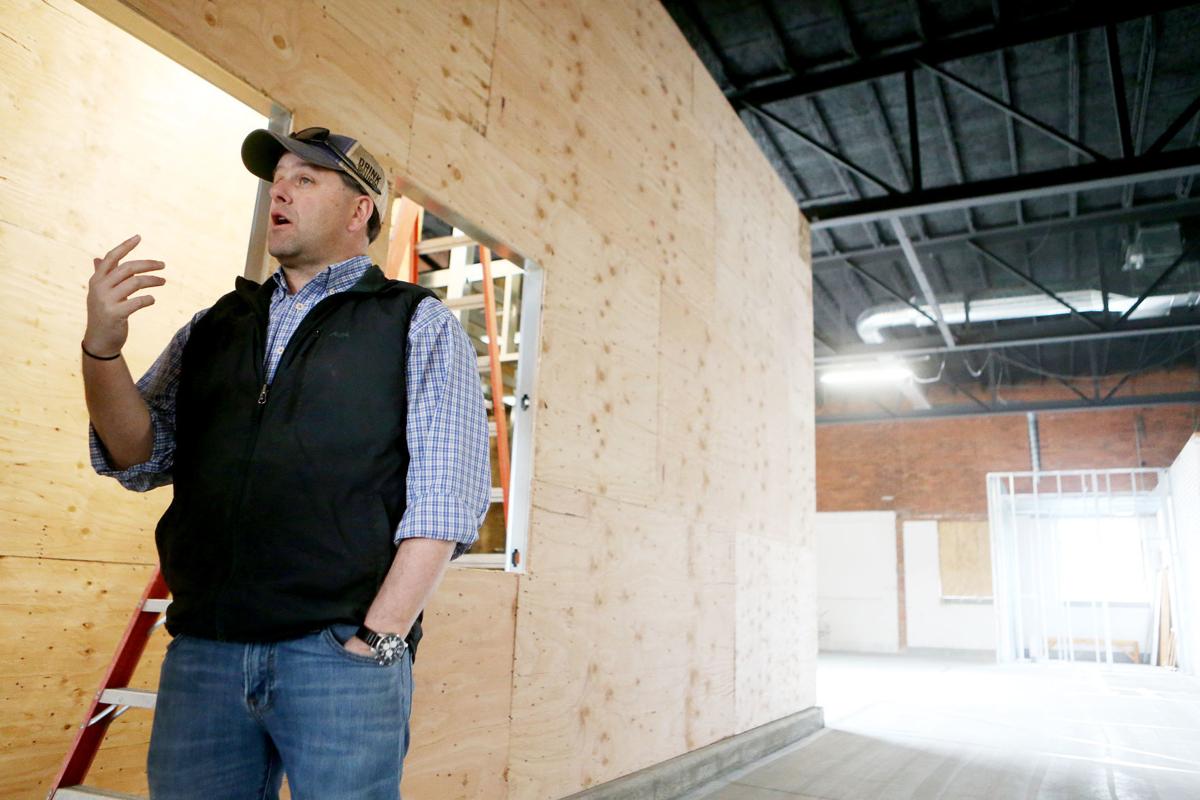 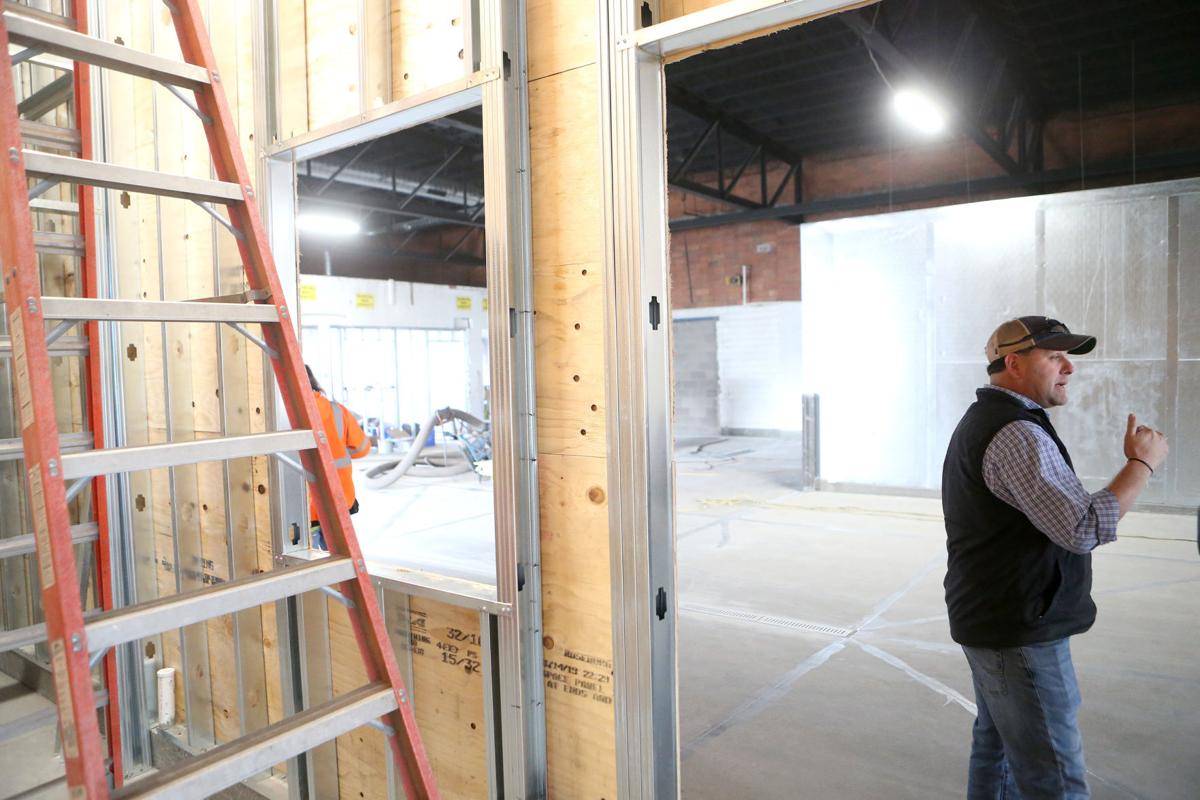 This container inside Black Tooth Brewing Co. will be a bar that has outside access. It was photographed on Thursday, Jan. 16, 2020, in downtown Cheyenne. Owner Tim Barnes said he hopes to have the new location open by mid-March. Michael Cummo/Wyoming Tribune Eagle

CHEYENNE – With plans to offer trivia, live music and experimental beers, the owner of Black Tooth Brewing Company is eyeing mid-March as the target time frame for opening the brewery’s new location in Cheyenne.

While Black Tooth will remain headquartered in Sheridan, the new brewery will include a 10-barrel microbrewery and a taproom in the front third of the building, located at 520 W. 19th St.

Black Tooth owner Tim Barnes said he hopes the new brewery can serve as a hub for the West Edge, much like the brewery in Sheridan has for that city since 2010.

“Hopefully, it’s got that cool downtown, West Edge vibe,” Barnes said. “We’re early to that evolution, but I hope this enhances what people see in the West Edge, and that we’re a cornerstone of that.”

Barnes and his team had been thinking about expanding into the state’s capital and most populated city for a while. Once they saw the old Pioneer Printing building was on the market, the pairing immediately made sense.

While the Cheyenne location will still have the brewery’s main offerings, the 10-barrel operation will also allow the company to experiment with new beer flavors.

“There’s going to be fun beers down here,” Barnes said. “Our guys in Sheridan get pretty tired of brewing the same five or six beers all the time, so they’re excited about the opportunity to come down and do some fun, random stuff. We did a peanut butter beer at Christmas time, and it was the first time we had done something crazy in probably three years.”

If any of the experimental beers becomes popular, Barnes said the company could decide to brew a larger batch of those beers in Sheridan for wider distribution.

Inside the Cheyenne brewery, the taproom offers substantially more space than the one in Sheridan, allowing for a stage for live music and a barrel room separate from the main taproom that people can use for private meetings and parties.

Much like it does at its headquarters, Black Tooth will host community outreach nights during which the brewery donates a percentage of proceeds to certain nonprofits.

“In Sheridan, we’ve been very successful with the events and sort of the cadence,” Barnes said. “You don’t want to overwhelm people with an event every night, so we tend to do our nonprofit nights on Tuesdays, then bingo on Wednesdays.”

When the weather is good, the brewery will also feature some outdoor seating, and food trucks will sometimes be on the scene to offer grub to pair with beer offerings.

While the brewery still needs to gain some final permits from the state and city, Barnes said a mid-March opening looks feasible. Once a final date is set, the brewery will host a grand opening that week for the community to check out the new setup.

Tom Coulter is the Wyoming

reporter. He can be reached at

With plans to offer trivia, live music and experimental beers, the owner of Black Tooth Brewing Company is hoping to open the brewery's new location at 520 W. 19th St. in Cheyenne by mid-March.

Missett: Despite age difference, brother Bill was my best friend

Changes to commercial flight times are too restrictive