Cheyenne Fire Rescue Chief Greg Hoggatt, left, and Cheyenne Police Chief Brian Kozak will be looking for new jobs in 2021. Mayor-elect Patrick Collins recently announced that he will begin a search for a new police chief and new fire chief when he takes office Jan. 4. WTE/file 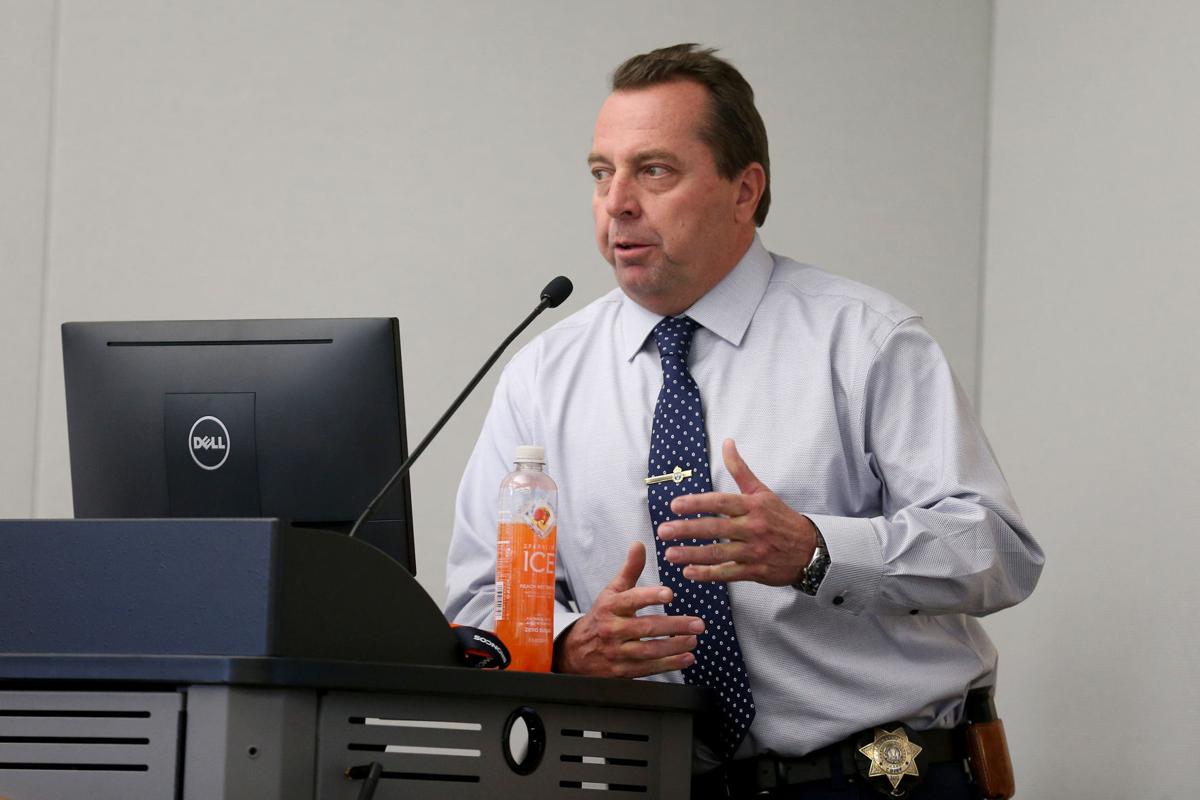 Cheyenne Fire Rescue Chief Greg Hoggatt, left, and Cheyenne Police Chief Brian Kozak will be looking for new jobs in 2021. Mayor-elect Patrick Collins recently announced that he will begin a search for a new police chief and new fire chief when he takes office Jan. 4. WTE/file

CHEYENNE – When Mayor-elect Patrick Collins takes office on Jan. 4, he will begin a search for new chiefs for the Cheyenne Police Department and Cheyenne Fire Rescue.

At that point, CPD Chief Brian Kozak and CFR Chief Greg Hoggatt will step down, and Collins plans to appoint interim chiefs until replacements are found.

Hoggatt has been with the city since 2017, after three decades of firefighting experience in Florida, and Kozak has served as chief since 2010, making him the longest-tenured chief in agency history.

With plans to keep the rest of the city department heads on board, Collins thanked Chief Kozak and Chief Hoggatt for their service to the city.

“I felt that it would be in the best interest of the city and my administration to have a fresh perspective going forward,” Collins said Monday.

Hoggatt wasn’t available for comment Tuesday, but Kozak said the decision came as a surprise to him, specifically Collins’ desire to take the police department in a “different direction.”

“We are doing things that no other agency is doing: the officers have high morale; they’re excited to do their work; they’re coming up with new ideas; they’re effective and they’re doing with less cost than what other agencies pay for policing. So that was a shock,” Kozak said, noting successful projects like the Law Enforcement Assisted Diversion Program and Operation Change, which addresses homelessness with community resources.

Over the last 10 years, Kozak has shifted the department’s focus toward 21st century community policing methods, implemented a wellness plan for officers to address mental health and increased security at Cheyenne Frontier Days.

But ultimately, he said he thinks his decision to make Frontier Days chip in for heavier security was a major factor in this decision, saying that he might still have his job if he chose the political decision instead of the ethical one.

“If I could go back, I would do the same thing. That’s one of the things I’m most proud of is that we’ve made some positive changes for that venue to make it safe for people visiting here, for the volunteers. And I just hope that it continues into the future,” Kozak said, adding that he hopes the new chief will continue moving in a positive direction.

After Collins’ decision was shared with city leaders and department heads Monday, Mayor Marian Orr voiced her displeasure with his choices and her support for the chiefs.

“How sad that public safety is at the whim of politics,” Orr said Monday.

Going forward, Collins said he’ll form a committee with first responders from both departments to help find chiefs to lead both groups in a different direction.

“Then, we’ll start a nationwide search, and we’ll find the chief for both the fire department and police department. I’m looking forward to that process,” Collins said, noting that he’d rather “work through an interim and find the perfect chief than to hire somebody right away.”

As for qualities he’s looking for in new chiefs, Collins said a fresh perspective is one of the top priorities, and that the committee would help identify additional qualities, traits or skills they hope to find.

And while the new chiefs will enter departments full of promise, they’ll inherit a number of issues, as well, with several fire stations needing renovations, the police department needing a crime analyst and both departments having faced budget cuts as as result of the ongoing COVID-19 pandemic.

When Patrick Collins takes over as mayor on Jan. 4, he will begin the search for replacements for Cheyenne Police Chief Brian Kozak and Cheyenne Fire Rescue Chief Greg Hoggatt.