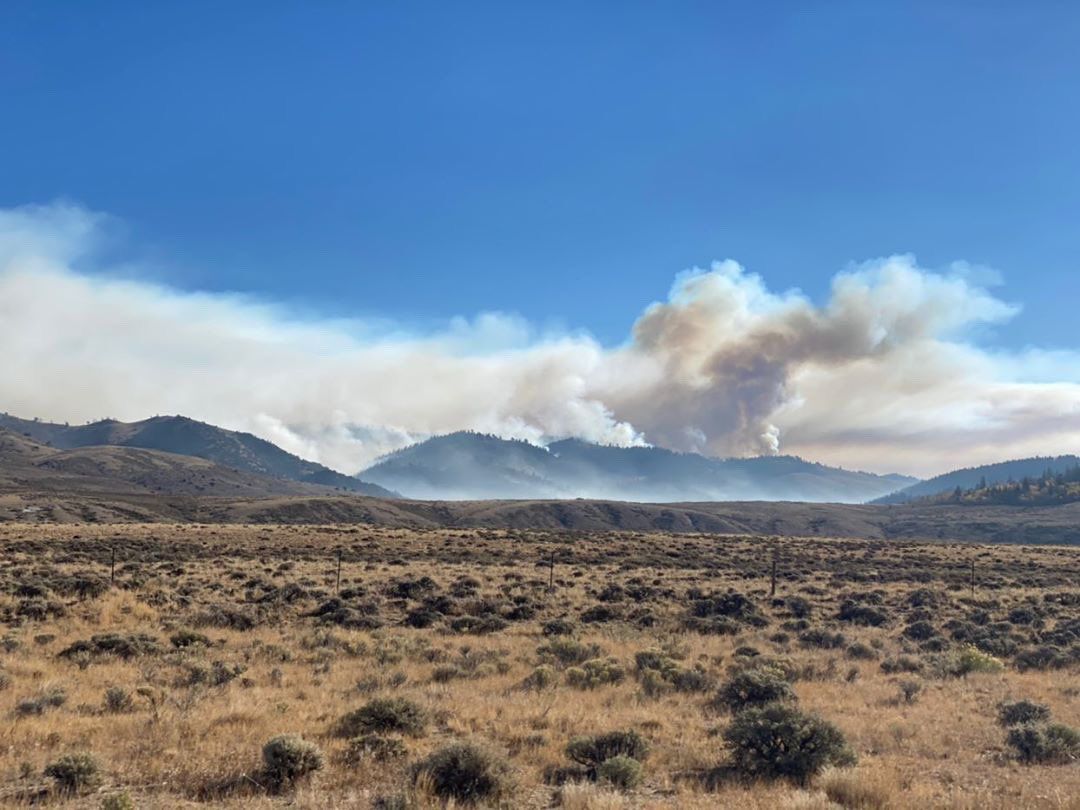 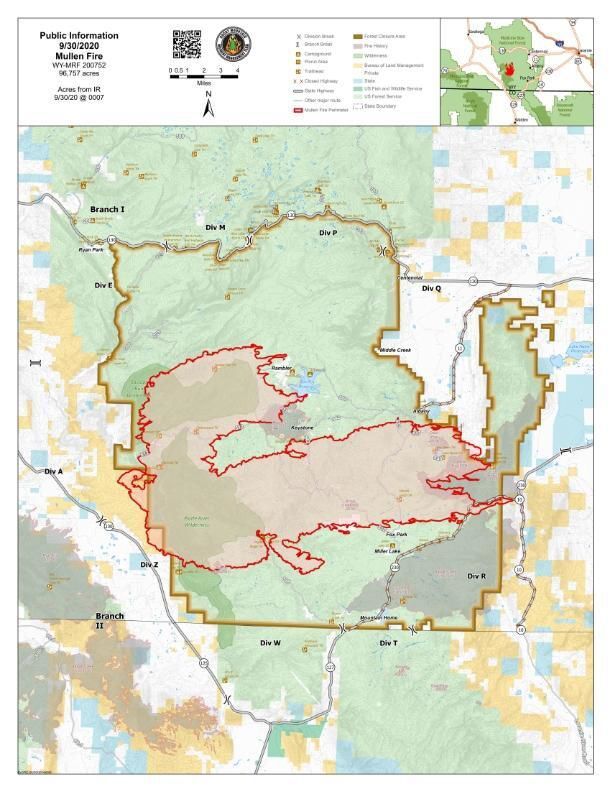 LARAMIE – The Albany County Sheriff’s Office reported Wednesday that 29 homes and 31 other structures or outbuildings have been lost to the Mullen Fire, which has grown to nearly 100,000 acres.

It was first significant damage assessment for structures conducted by firefighting personnel since the blaze erupted Sept. 17 in the Medicine Bow-Routt National Forest about 40 west of Laramie and just southwest of Centennial.

The sheriff’s office contacted all 38 property owners after the damage assessment was made in lower Keystone, Lake Creek and Foxborough.

“On behalf of everyone working this fire, our thoughts go out to those who lost homes and property,” stated a sheriff’s office press release.

The statement added that if there is further damage to property, additional assessment and notifications will be made. Additionally, the sheriff’s office has received a lot of questions about when owners will be allowed to go see their property.

“Currently, it’s still too dangerous ...,” the release stated. “When it’s safe to do so, we will work on setting up a limited re-entry.”

As of the latest update Wednesday morning on the U.S. Forest Service’s Incident Information website, https://inciweb.nwcg.gov/incident/7208/, the Mullen Fire had increased to 96,757 total acres and remained at 0% containment.

The total amount of firefighting ground personnel is at 887, directed by a Rocky Mountain Area Incident Management Blue Team. The crews are also aided by large fleet of firefighting aircraft. More firefighting personnel and resources continue to arrive after being released from other fires in the western part of the country.

The fire was pushed Wednesday by strong north/northwest winds, increasing overall intensity and most of the new growth to the south and southeast toward the Wyoming-Colorado border, prompting more evacuations and road closures.

The Jackson County Sheriff’s Office in Colorado also issued an evacuation for all residents north of the junction of Highways 125 and 127, also known as “3-Way,” at 3:30 p.m. Thursday.

Also in Colorado, the Larimer County Sheriff’s Office issued evacuation orders at 5:45 p.m. for the Roach and Hohnholz areas in the northwest part of that county.

Fire activity is expected to stay at a high growth potential throughout the week because of weather forecasts include warmer temperatures, lower humidity and increased winds. The fire has historically been extreme with crowning, uphill runs and group torching.

Pre-evacuation orders are still in place for Meadow Plains Road south to Yankee Road; areas near Sheep Mountain to Lake Hattie Reservoir and north of Highway 230; and Centennial.

Protection of Rob Roy Reservoir remains a high priority, as it is a substantial water source for the city of Cheyenne. Another area of value noted as a priority is the Wyoming Infrared Observatory, owned and operated by the University of Wyoming on Jelm Mountain.

Other important emergency numbers related to the Mullen Fire are:

More information is also provided on the Albany County website in the “news and announcements” section located at the bottom of the main county webpage: http://www.co.albany.wy.us.