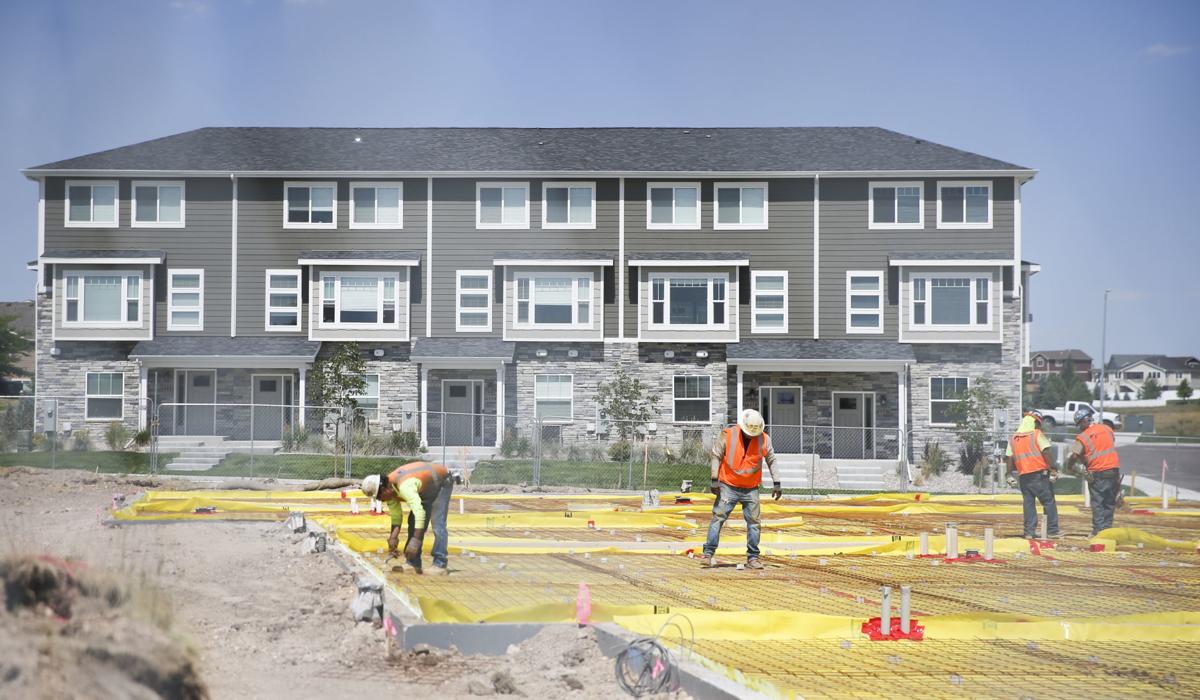 Construction on Pointe Plaza Building B continues Monday, Aug. 19, 2019, in The Pointe neighborhood. The building will host Imagination Destination on the first floor and 24 apartments on the second and third stories. Nadav Soroker/Wyoming Tribune Eagle 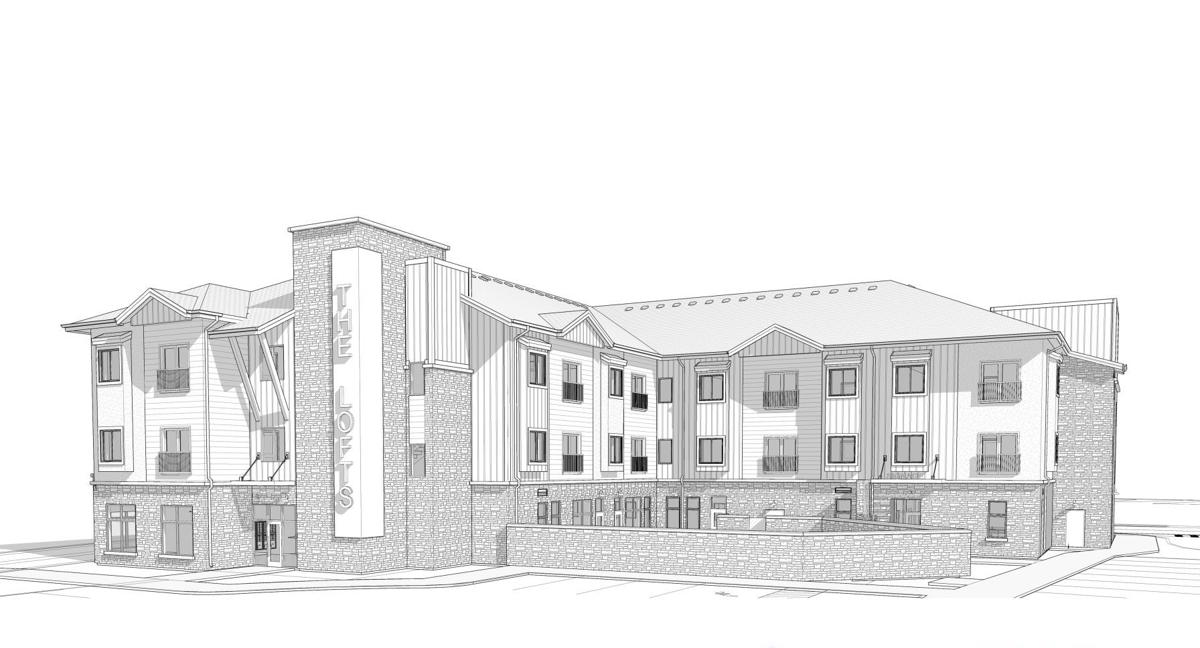 This artist’s rendering shows what Pointe Plaza Building B will look like once it’s built. Courtesy

Construction on Pointe Plaza Building B continues Monday, Aug. 19, 2019, in The Pointe neighborhood. The building will host Imagination Destination on the first floor and 24 apartments on the second and third stories. Nadav Soroker/Wyoming Tribune Eagle

This artist’s rendering shows what Pointe Plaza Building B will look like once it’s built. Courtesy

CHEYENNE – A new construction project in The Pointe neighborhood will add a first-floor day care to the neighborhood, along with 24 apartment rentals on the second and third floors.

Imagination Destination, currently at 515 E. Carlson St., is scheduled to take over the first floor when Pointe Plaza Building B opens, currently projected to be in late May. Day-care owner Baillie Beck said the new location is only three minutes away and will offer more functional space than the current site.

“The classrooms will have a better layout, there will be bathrooms for each classroom, and the cafeteria will be a lot more open so kids can eat together,” Beck said. “It will just be a better space to work in and will have a better flow. We have a lot of empty, unusable space right now.”

Beck cited a few specific examples of how the new space would help with efficiency and child care. Bathrooms with each classroom will mean more hand washing and less standing in line, plus teachers working with students who are toilet training will be able to stay in the classroom.

Classroom sinks will make for easier cleanup from art projects, and one giant indoor play space will mean siblings get to interact with each other more often, Beck said. Plans call for two outdoor play facilities, as well.

“It’s going to be a new, updated space and, from a construction standpoint, it’s going to be a very clean space,” said Ryan Brunk of Elder Construction, one of the companies working on the project. “We’ve thought a lot about what’s best for the kids.”

Beck added that there will be no cost increases related to the new building.

The total square footage of the new building is 42,900, of which Imagination Destination will occupy 13,980 square feet. The second and third floors of the building will include two- and three-bedroom apartments, a workout facility and a mixed media room, according to a news release. The apartments also will feature a modern industrial style, open kitchen plans and Juliet balconies.

“This is another piece to the many phases of Pointe Plaza,” Brunk said. “There are lots of future build-outs coming, as well.”

Brunk said the area would include facilities similar to Building B – businesses that fit the neighborhood on the ground level, with apartments above.

Sydney Huckfeldt, office manager for Guardian Homes, said future build-outs in Pointe Plaza will feature businesses that are friendly for families, and the area could also be used for shows and performances.

“We want to be able to bring the community together out there with the plaza,” she said.

The project is a joint venture of Elder Construction, Guardian Homes, RedCo Construction and VFLA Architects.

Jake Sherlock is the adviser and lead instructor for the journalism program at Laramie County Community College. He wrote this for the WTE as a freelance writer.

No matter how much we try, Mother Nature won't bend to our will

Vets at long-term facility should not be locked down

There are still many examples of racism in America

More needs to be done to limit illegal fireworks use

Plenty of racism to go around still exists